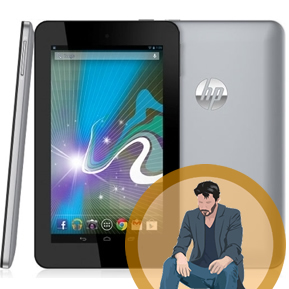 While Google has already released a new Nexus 7 and Amazon plans to launch new Kindle Fire HD tablets this month, there are still a number of inexpensive tablets on the market that can provide significant value to students. Currently discounted to a sale price of $139.99 (regular MSRP $169.99), the HP Slate 7 is one of these options. Powered by Android 4.1, this tablet can provide productivity tools for working students while also offering entertainment options for downtime between classes. It’s certainly more flexible than a tablet like the Kindle Fire HD which is basically built for consuming entertainment.

When you take the Slate 7 out of the box for the first time, you may notice some serious heft to the tablet. It’s definitely one of the heavier 7-inch tablets that I’ve tested, and I prefer the sturdy build. It also feels a bit smaller than other 7-inch tablets due to the wide bezel, despite the identical screen size. The soft feel to the back of the tablet is also much nicer than the backing on the Kindle Fire HD and I can wrap my hand around the HP Slate 7 easily. Similar to all tablets, the front bezel and glass of the HP Slate 7 is a fingerprint magnet. 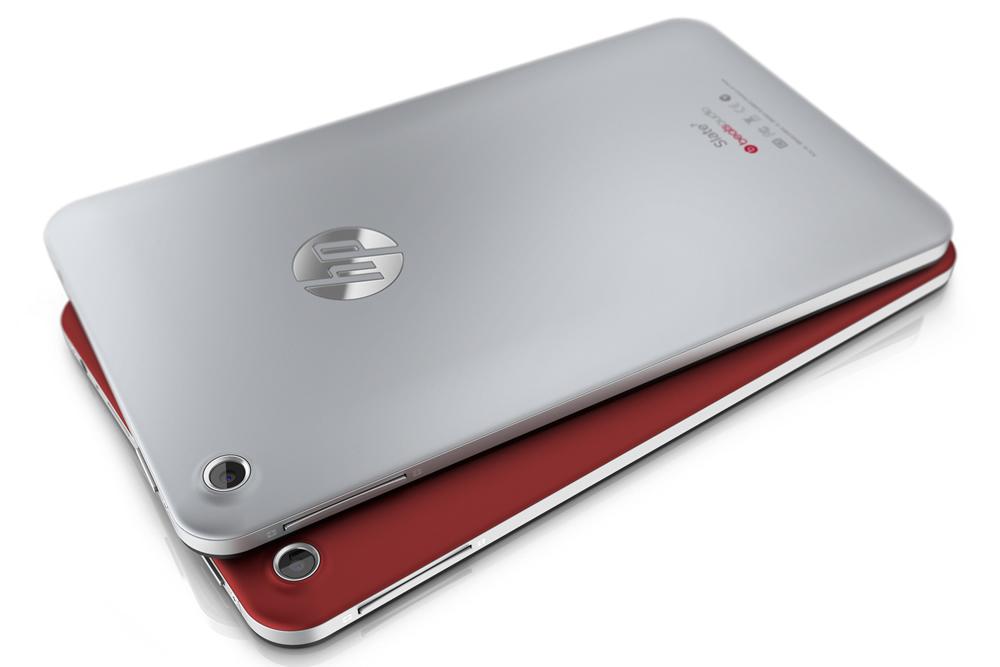 On the top of the tablet, you will find the power button, headphones jack and the uncovered MicroSD card slot. You can add an additional 32GB of memory to the tablet using a MicroSD card, thus the starting 8GB of storage isn’t as big of an issue. On the bottom, you will find the speakers and the microUSB port for charging the device. In addition, the volume rocker is on the right side of the tablet. Regarding camera placement, a 3MP camera is on the back at the top right corner and a front-facing camera can be found at the top of the bezel.

How Does It Look and Sound?

The HP Slate 7 sports a 7-inch, 1024 x 600 pixel display and it’s definitely the weakest aspect of the tablet. While the touchscreen is fairly responsive, the display has a washed out look, especially when attempting to crank up the brightness levels. When attempting to zoom in on text, the sharpness definitely fades away. In addition, the viewing angles aren’t fantastic, thus you really need to prop up the tablet when attempting to read email or watch a movie on Netflix. Contrast is also an issue, mostly the washed-out black colors when browsing the Web.

Regarding sound quality, the internal speakers are passable, but a bit tinny. However, HP has included Beats Audio compatibility in the Slate 7. When using headphones, you can adjust the Beats Audio modes in the Settings menu to provide greater audio depth to music and movies. After trying all three modes as well as turning the option completely off, there’s definitely a significant improvement in sound quality; specifically, bass is stronger and dialogue is clearer. I really enjoyed the difference when listening to recordings of live performances. Matching the Slate 7 up against other tablets like the Kindle Fire HD or iPad Mini, there’s no doubt that Beats Audio gives HP an edge over competitors.

What Can I Do With It?

Rather than load a custom version of Android, HP stuck with the standard Android 4.1, definitely a good choice. While it’s not as user-friendly at the iPad Mini, the sheer number of options available to users on the Google Play store is tremendous. You will also notice lots of familiar apps preloaded on the device including Gmail, YouTube, Google Maps and Chrome. HP was definitely good about not preloading the tablet with tons of custom software, only the HP ePrint app for printing documents while on the go. 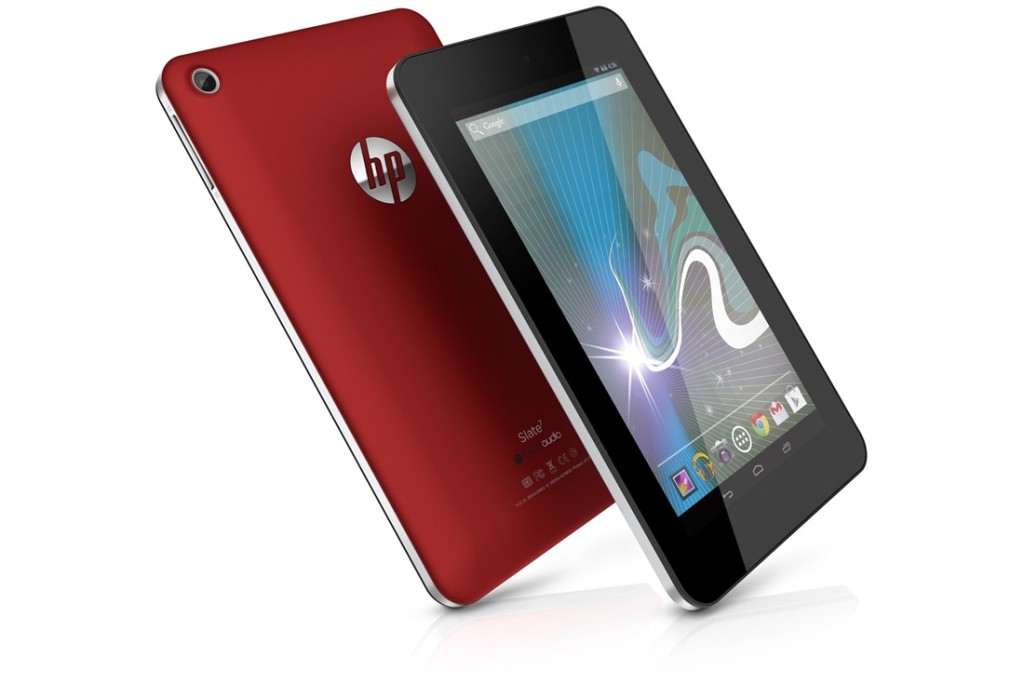 Personally, I have about 8 different email addresses for work, most of which are powered by Gmail. The Gmail application is excellent at quick notifications and the interface works just as well as email on my iPhone. Probably more of a accolade for Android than the Slate per se, I really love the application switching option at the bottom of the screen. I’ve been on Apple devices for so long that I always forget how useful window switching can be on a tablet.

Regarding battery life, I usually got about 6 to 7 hours out of the battery when checking email and surfing the Web. However, if you like to crank up the brightness levels and watch lots of streaming video, that figure drops to about 4 to 5 hours. Regarding the camera, I wouldn’t bother using it. While it can be useful for Skype, taking pictures with the tablet is an extremely poor replacement for a smartphone.

Should I Buy It?

Is the HP Slate 7 as good as the new 1080p Google Nexus 7? No. However, you get to save $90 on the price point and that’s significantly important for students on a budget. It’s definitely a much better price point than the iPad Mini which is more than double the cost of the HP Slate 7. If you are in the market for an inexpensive starter tablet, the HP Slate 7 may be a solid choice. However, be sure to check out reviews on the Hisense Sero 7 Pro ($129) and the ASUS MeMo Pad HD 7 ($149) as other possible budget options for a 7-inch tablet. You can also find deals on the HP Slate 7 as low as $110 in the past couple months.