Surviving the First Year After College Without Going Broke

The first year (or two) after college can be both incredibly fun and incredibly scary. You go from “college world,” with its parties and dining center meals and all-night cram sessions, to the “real world,” full of jobs and bills and waking up before the crack of dawn. And most likely, you’ll be broke.

But that doesn’t have to mean you can’t still have the time of your life. Here are a few tips to help you stretch your money and have fun in the process in the first year after college. 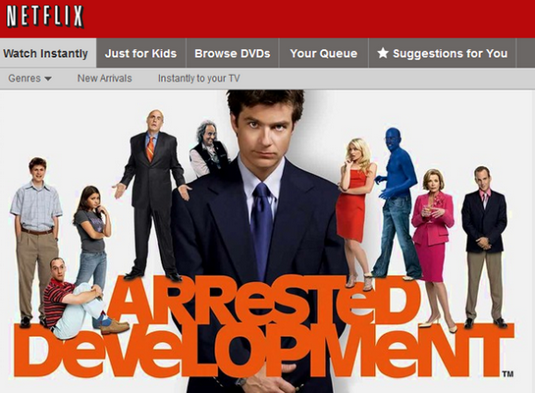 Instead of paying for cable, get a Netflix subscription. The monthly streaming-only package is only $8 a month — easily $50 less than what cable will probably end up costing you (you know, once the “introductory offer” expires and your bill quadruples without warning). Their movie selection has become kind of “meh” lately, but the TV shows they offer are great. From Parks and Rec, to Mad Men, to Workaholics, to all 4,000 seasons of Law and Order, the selection is pretty good. Plus, they have exclusive rights to stream the new season of Arrested Development next month, so you’ll need to sign up for that alone.

Also, don’t make a habit out of renting movies from Redbox. If you’re anything like I was, you’ll never return them and end up accidentally adding titles like 17 Again, Grizzly Park and Doll Graveyard to your film collection (at like $30 apiece).

Learn to Cook (and while you’re at it, learn to brew) 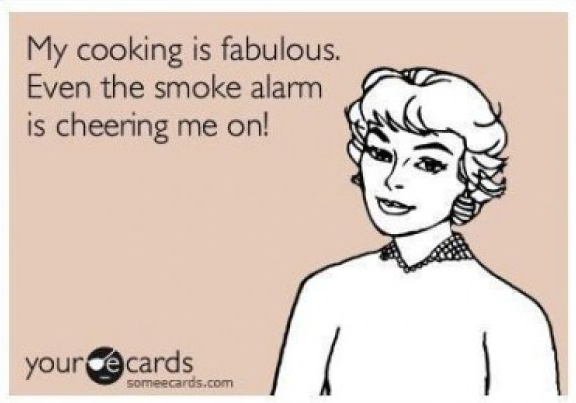 I shudder to think about how much money I spent eating out (and ordering in) my first year post-college. Going out to eat was just as much about entertainment as it was about, you know, needing to eat. Once I discovered that not only was making food at home not that hard, but actually kind of fun, I saved a lot of money. My friends and I would have sushi nights at home, or get together and down a bottle of wine while attempting to make the perfect Pad Thai. The internet is full of great food/cooking blogs to help you get started (Here’s a list of some of the best; also check out the hilarious Thug Kitchen).

You know what’s even more expensive than eating out? Drinking out. You can get a starter homebrewing kit for less than $75. Making your own beer or hard cider is easy, fun and saves a lot of money in the long run.

Just Say No to Credit Cards

I guess if you are uber-responsible and can resist the temptation to spend more money than you actually have in your bank account, go for it. But for me, credit cards were just bad news. I’d see a pair of $100 jeans I wanted but couldn’t afford and think, “No worries! I’ll just put them on my card!” Thankfully none of the credit cards I got right out of college had very high limits so I didn’t dig myself too far into debt, but I certainly would have been better off without them! 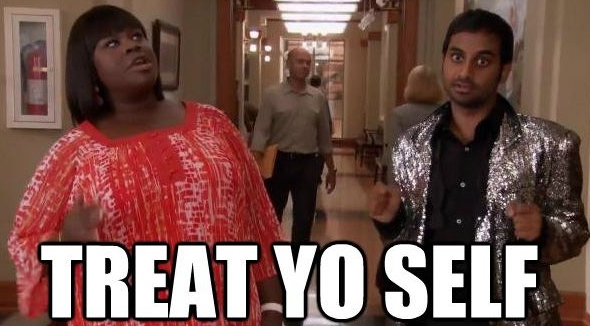 It’s very important to make a budget, be smart about spending, and put as much money away in savings as you possibly can. But for every 10 days you’re stingy, you should have one day where you allow yourself to splurge on something special. As Donna and Tom from Parks and Rec would say: sometimes you just have to treat yo’self. Get that urge to splurge out of your system every once in awhile and you’ll be more likely to spend sensibly the rest of the time. 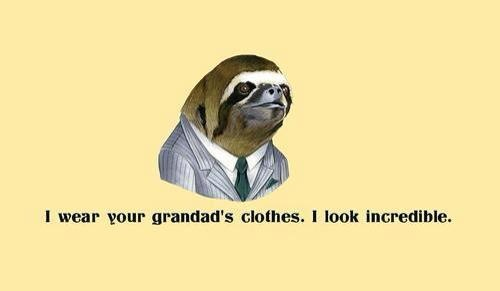 Thanks to Macklemore & Ryan Lewis, thrifting is like the new hip thing. But it’s also a really great way to get yourself cool stuff without spending a lot of money. There are few things more exciting than scoring the ultimate thrift store find. I’ve gotten a $200 wool Pendelton blanket for $5, dozens of designer jeans for under $10 apiece, tons of $0.50 records, a brand-new Timbuk2 bag for $7…the list goes on and on. The secret is finding a shop in the right part of town, usually a more affluent area where rich people donate their stuff.

Craigslist is also good for getting cheap furniture and stuff, but not nearly as much fun. 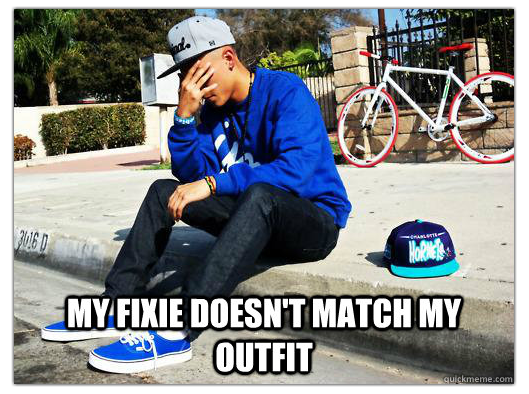 Right out of college I signed up for a Lifetime gym membership for like $60 a month. I think I literally went three times in the four months I had it. A much better way of staying active is to get a bike. Not only will riding around help you stay in shape, it will also save you a lot of gas money. Instead of driving to Target, bike. Or instead of driving to the bar, bike (another perk of biking is never having to pay for a taxi home). Obviously, certain cities are going to be better for biking, but you might be surprised that most probably have pretty decent trails/paths for you to use.

Make sure to watch Ben’s for deals on bikes (you can get a decent one for a couple hundred dollars).