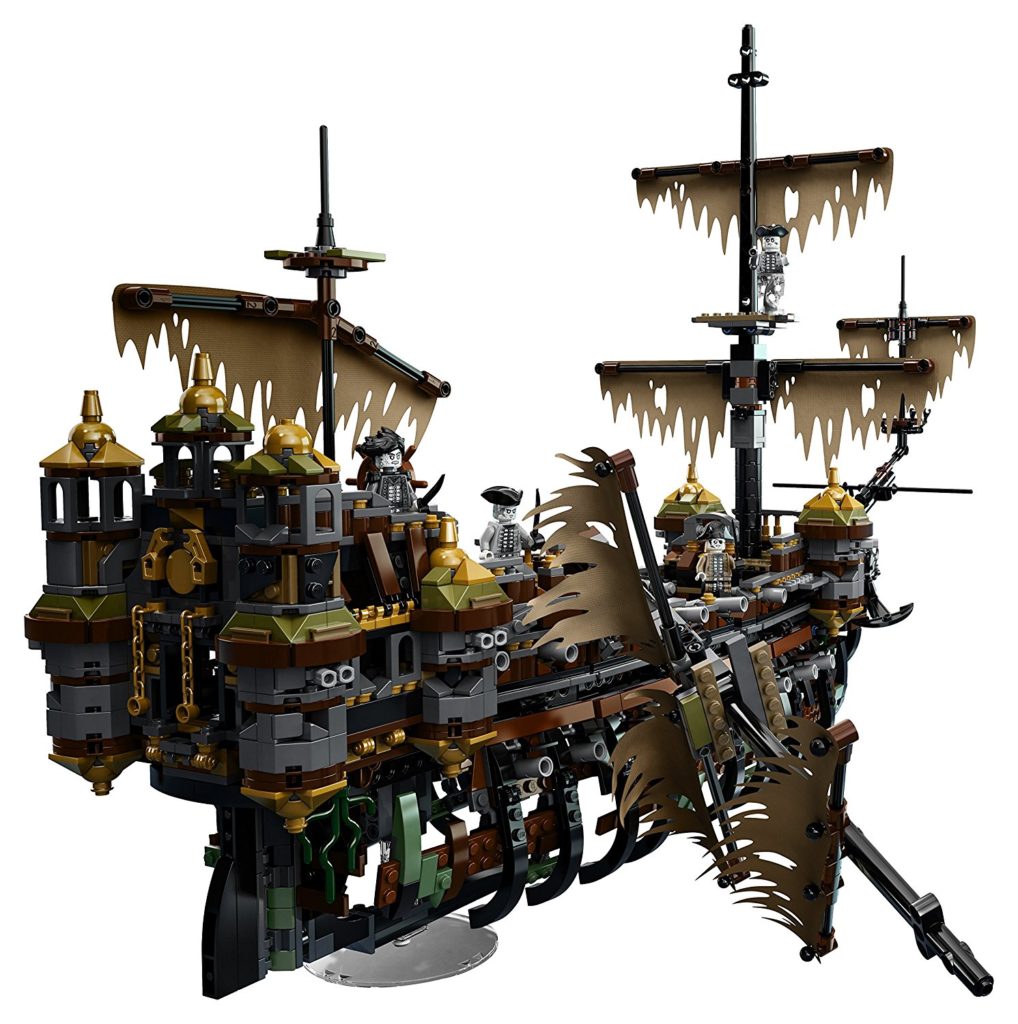 The summer movie season is upon us, providing a great excuse to sit in an air conditioned room and avoid that brutal summer sun. However, even the best summer movie only lasts a couple of hours, three tops.

When you’re looking for another excuse to stay indoors for a few hours, why not consider our list of the best LEGO sets for summer movies? You can stay inside the air conditioned comfort of your home while completing these LEGO sets, all while reliving the fun of the summer movie blockbuster you just saw. For instance, the Silent Mary (as seen above) from the Pirates of the Caribbean franchise.

These LEGO sets work as collectibles that’ll appeal to fans of different super heroes and different movie subjects several years into the future. You also can have fun now putting them together, following the directions inside the box … or ignore the directions and follow your own creative and artistic aim. Sure, the box says ages 7-14, but you don’t have to have kids to enjoy these fun LEGO sets.

We at Ben’s Bargains have put together a list of the best super hero movies coming up this summer, as well as some tips that’ll help you save money when you’re attending these great movies, including some deals on saving money at the movie box office! And don’t forget our list of the best LEGO sets for The LEGO Batman Movie from the winter.

Guardians of the Galaxy Vol. 2

Guardians of the Galaxy Vol. 2 opened in April in Japan and opened May 5 in the United States to a blockbuster start, having grossed more than $650 million by mid-May. If you’ve seen the movie, we have a couple of LEGO sets that you’re going to enjoy. (And if you haven’t seen the movie, what are you waiting for? Groot isn’t going to get any cuter, after all.) 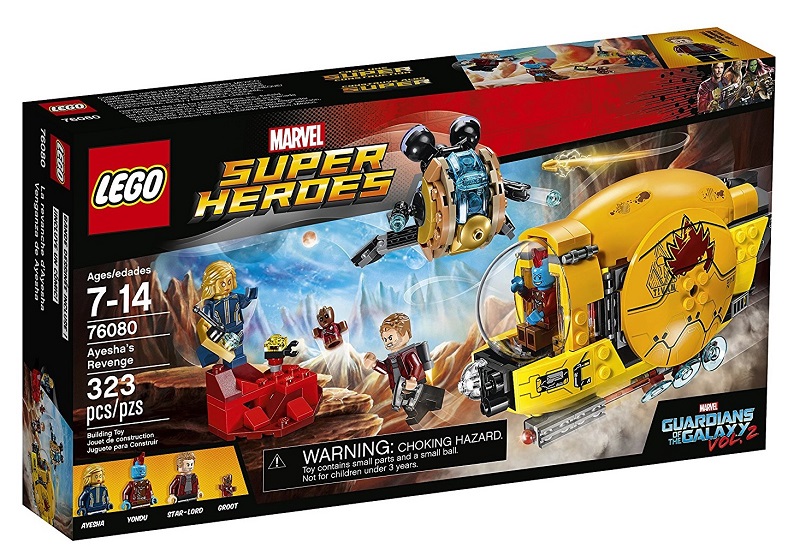 The LEGO Guardians of the Galaxy Ayesha’s Revenge has been one of the top selling LEGO toys on Amazon in May. It has some fun options, including Yondu, Star-Lord, Ayesha, and Groot figures, along with a laser drill spaceship. 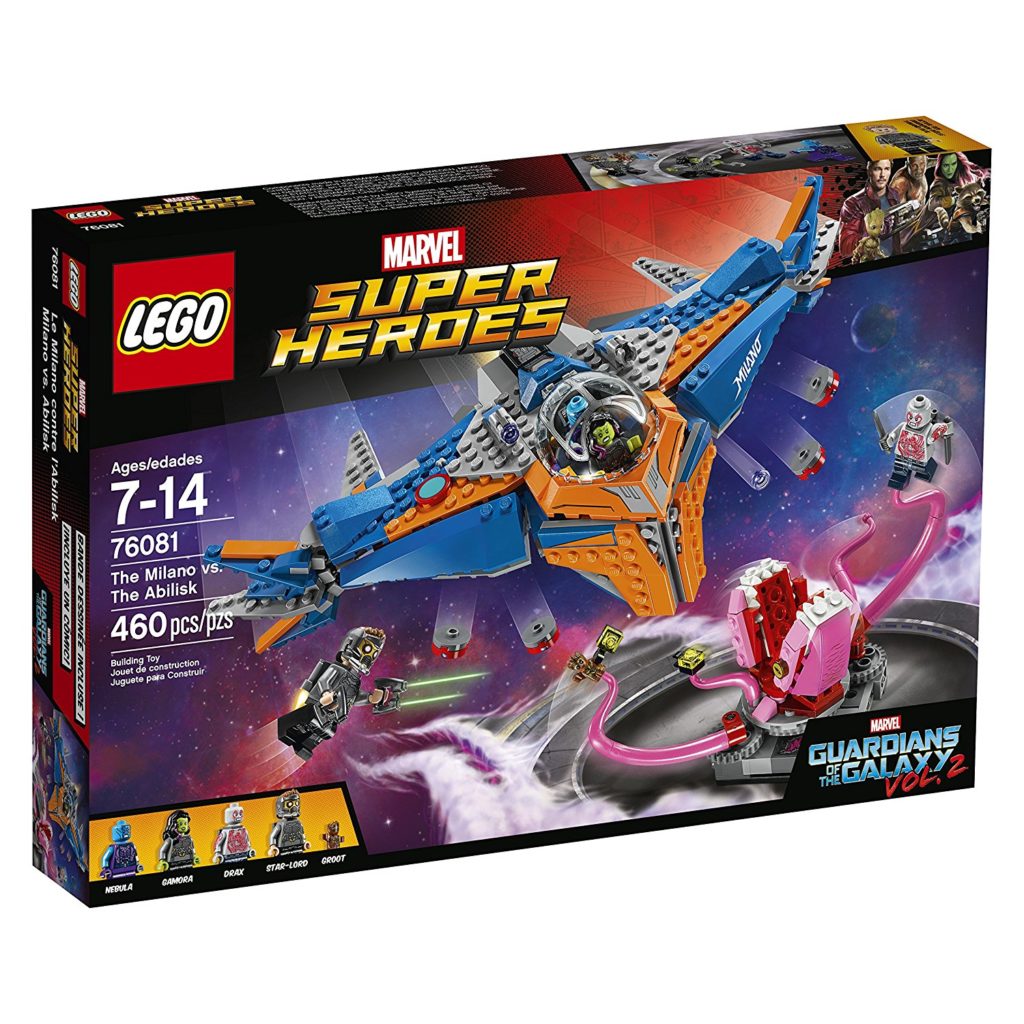 The 460-piece LEGO Guardians of the Galaxy The Milano vs. The Abilisk kit is an impressive one. The Milano cockpit has room for four minifigures along with a Groot figure. The kit includes figures for Groot, Star-Lord, Gamora, Nebula, and Drax.

Pirates of the Caribbean: Dead Men Tell No Tales

The fifth Pirates of the Caribbean movie, Dead Men Tell No Tales, will appear in U.S. theaters May 26, once again featuring Johnny Depp as Jack Sparrow. Captain Sparrow battles a Spanish Navy ghost crew while attempting to find the Trident of Poseidon. 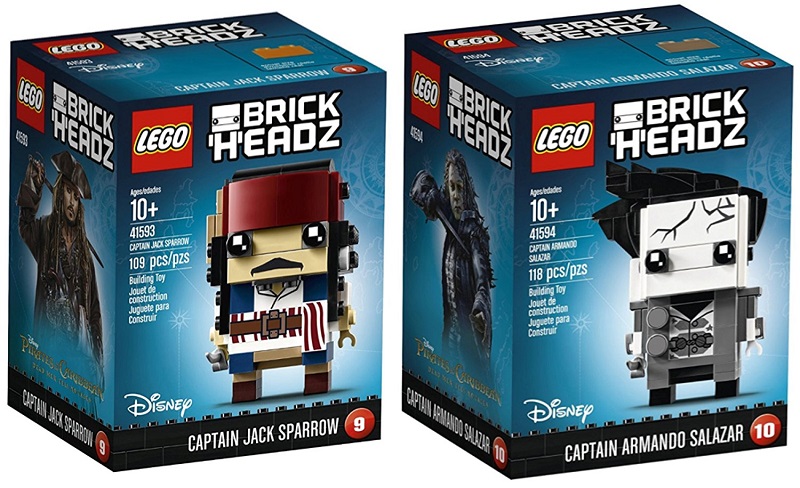 A cool new set of LEGO toys for the Dead Men Tell No Tales movie are the BrickHeadz toys for Captain Sparrow and Captain Armando Salazar. You can follow the directions to create individual characters or combine the two sets for a crazy character mashup. 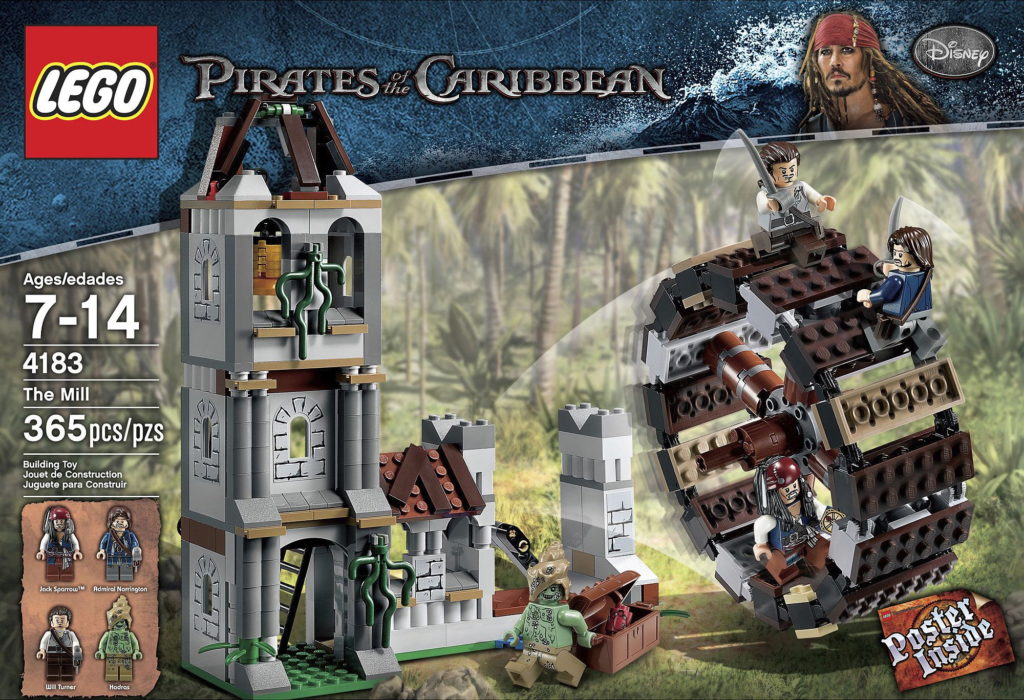 Another option for a more traditional LEGO Pirates of the Caribbean set is The Mill, which features 365 pieces, along with a Jack Sparrow figure and a Dead Man’s Chest.

The Wonder Woman movie, set for a June 2 release in the United States, will explore the origins of Wonder Woman, as she leaves Themyscira to try to bring an early end to World War I. 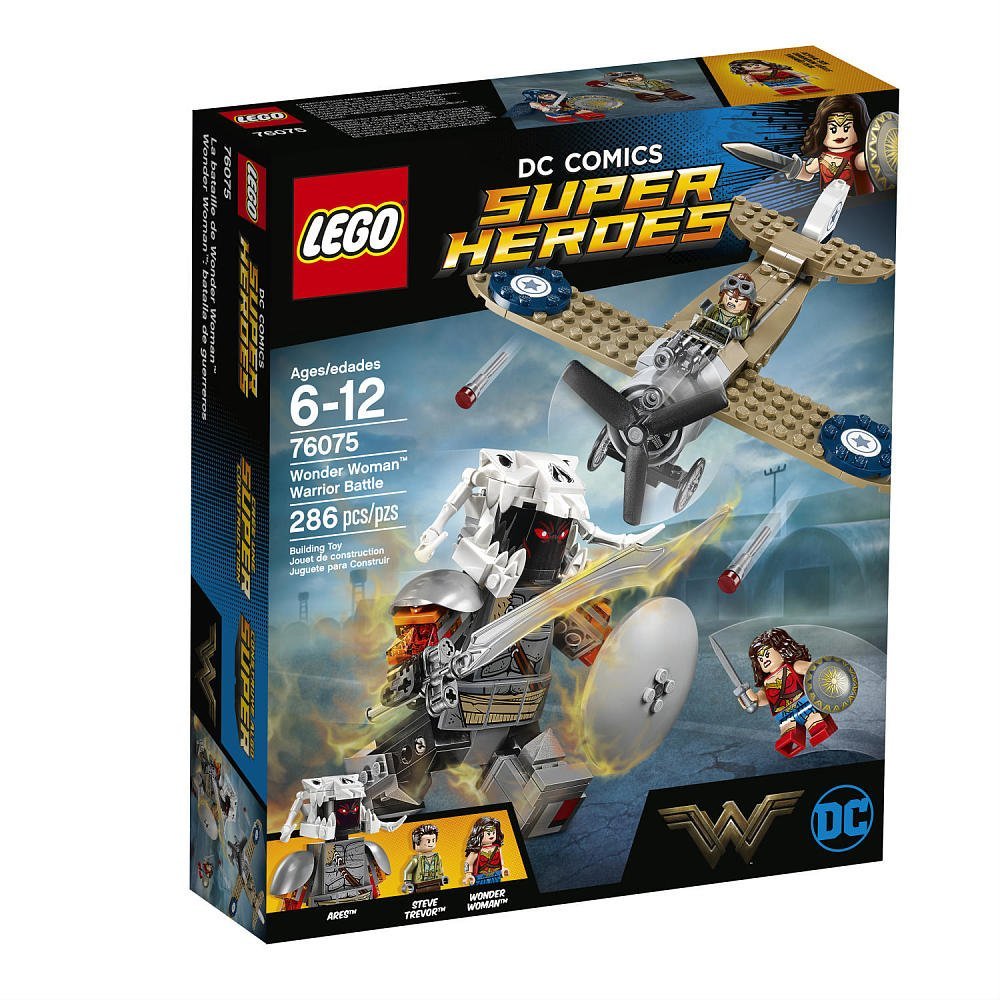 The LEGO Super Heroes DC Wonder Woman Warrior Battle set generated quite a bit of buzz in late March, as its release gave fans a look at the villain Ares for the Wonder Woman movie. No information had been released about Ares up to that point. Beyond Wonder Woman, Steve Trevor, and Ares figures, this LEGO set features a biplane too. 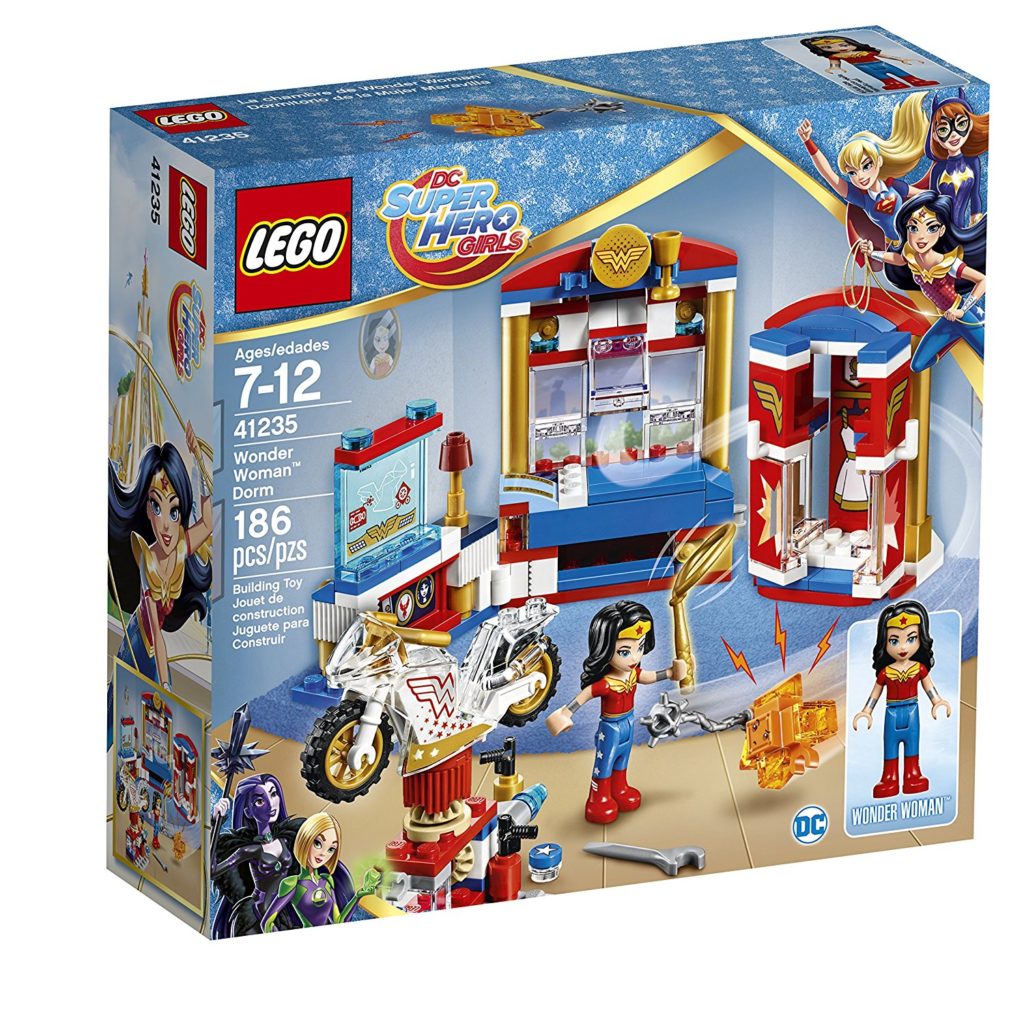 Another option at a lower price point for a Wonder Woman LEGO set is the Girls Wonder Woman Dorm, which features a mini Wonder Woman figure, a Golden Lasso, and an invisible bike.

The Disney Cars animated franchise will release its third movie on June 16 in the United States. It’s especially popular with young boys … and maybe a few adult boys too. All of the favorite characters are back for Cars 3, including Mater, Sally Carrera, and Lightning McQueen, who must recover from a serious crash in this movie to try to regain his racing abilities. 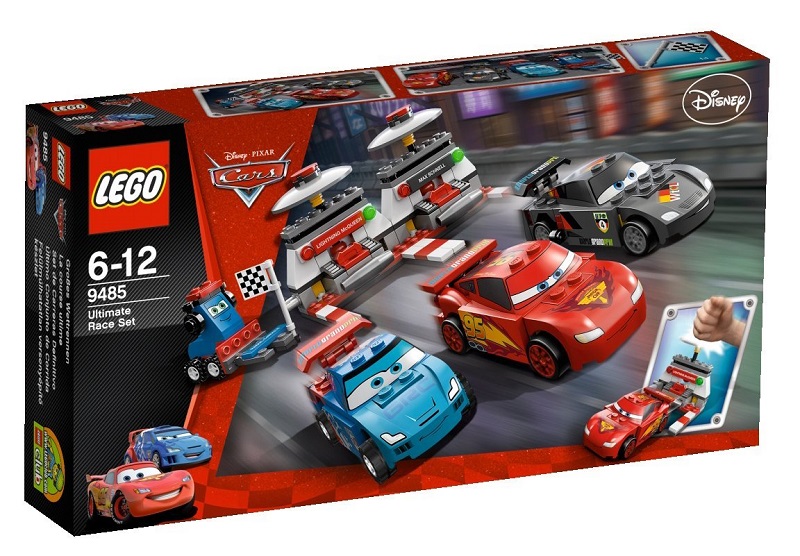 We’re waiting for specific Cars 3 LEGO sets to appear, but the most comprehensive LEGO set available for the Cars franchise currently is the Ultimate Race Set. It has a big price tag, but it includes two car launchers as well as Lightning McQueen, Max Schnell, and Raoul CaRoule cars. 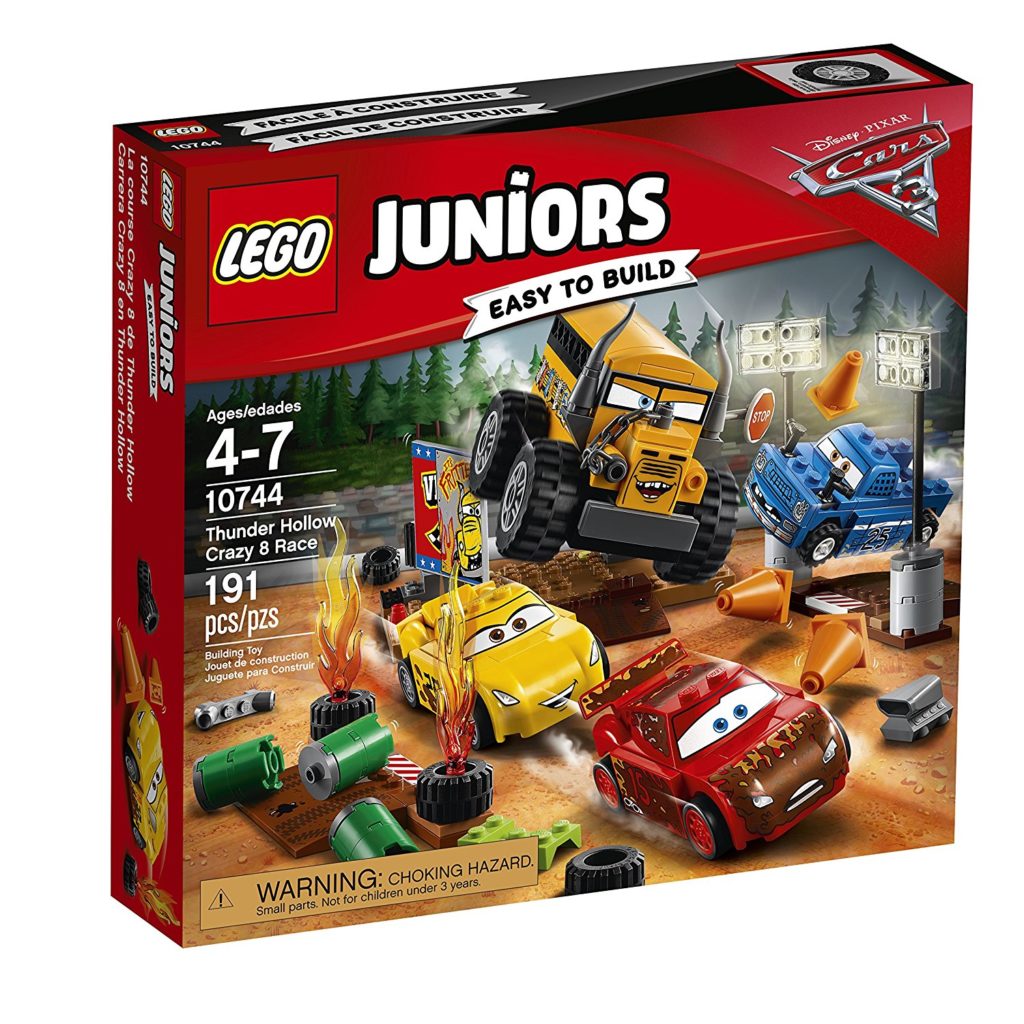 Plenty of the Cars LEGO sets are LEGO Juniors, aimed at ages 4-7. One of the best is the Thunder Hollow Crazy 8 Race kit, which includes Lightning McQueen and Cruz Ramirez cars, along with a Miss Fritter road sign and movable barriers and floodlights. 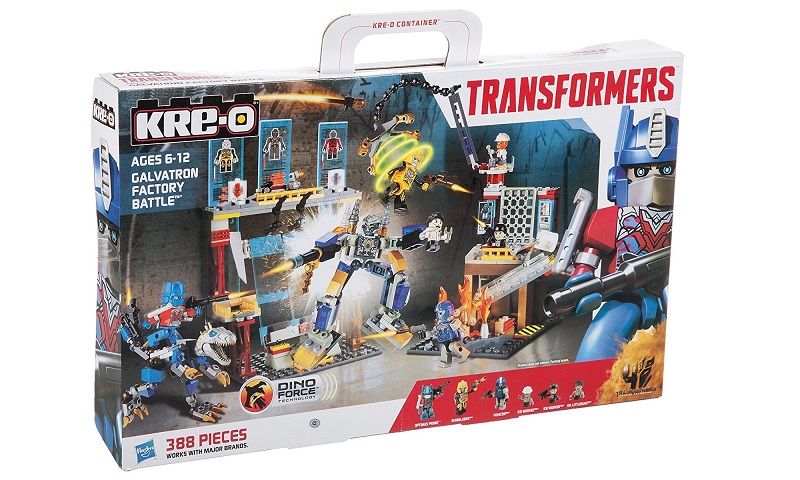 If you’re looking for a good introductory Transformers Kre-O toy, the Kre-O Transformers Galvatron Factory Battle playset is a nice option. It offers 388 pieces and allows for creation of a few different robots, including Bumblebee and Optimus Prime.

The 560-piece Kre-O Transformers Destruction Site Devastator Set provides you with plenty of flexibility, as you can create one large robot, any of four vehicles, or any of four average sized robots.

Spider-Man: Homecoming, which will have a July 7 release in the United States, introduces us to Peter Parker’s attempts to balance his life as a high school student, while also fighting crime as Spider-Man. We haven’t seen any new LEGO sets for Homecoming yet, but there are still plenty of cool sets featuring the webslinger. 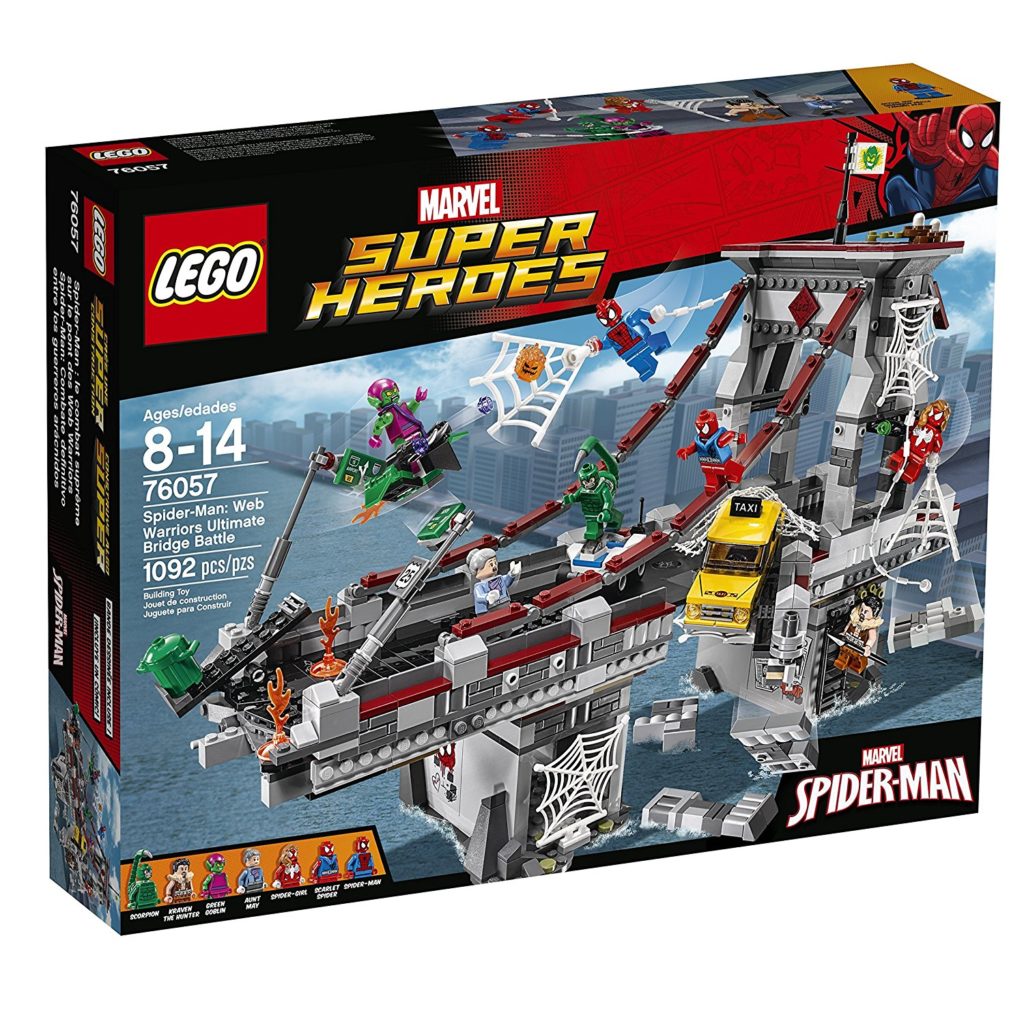 The LEGO Spider-Man Web Warriors Ultimate Bridge Building Kit is a detailed LEGO set featuring Spider-Man’s web prison inside a bridge with a movable roadway and a trap door. This set has more than 1,000 pieces. 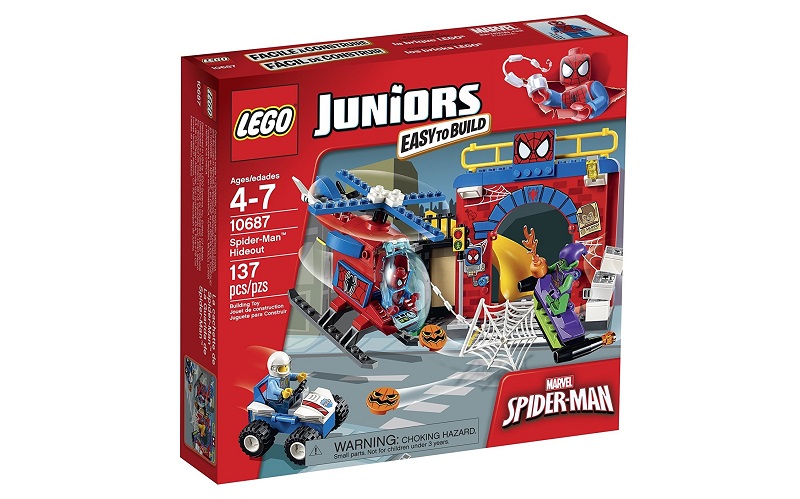