Wait ‘Til They Get a Load of These! The Best LEGO Batman Movie Sets 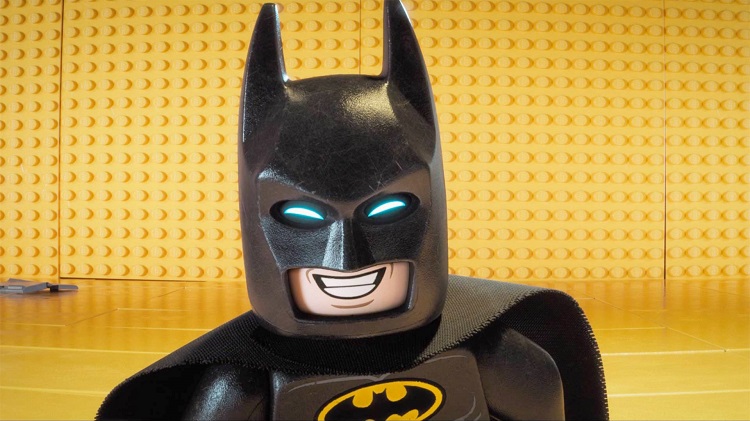 The Lego Movie was a popular movie for adults and children alike a few years ago. And although there were plenty of great characters, Batman stole the show. Any doubts about that were laid to rest when Warner Animation Group announced the Caped Crusader Lego character would be the headliner in his own show, The Lego Batman Movie, set to open Feb. 10.

If you’re going to create a movie starring toys, you’d better have some cool companion toys ready to go with the movie’s release. And when you’re combining an iconic super hero character in Batman with an iconic toy brand in Lego, the options for movie related toys have a ton of potential. Here are the best Lego Batman Movie toys available. 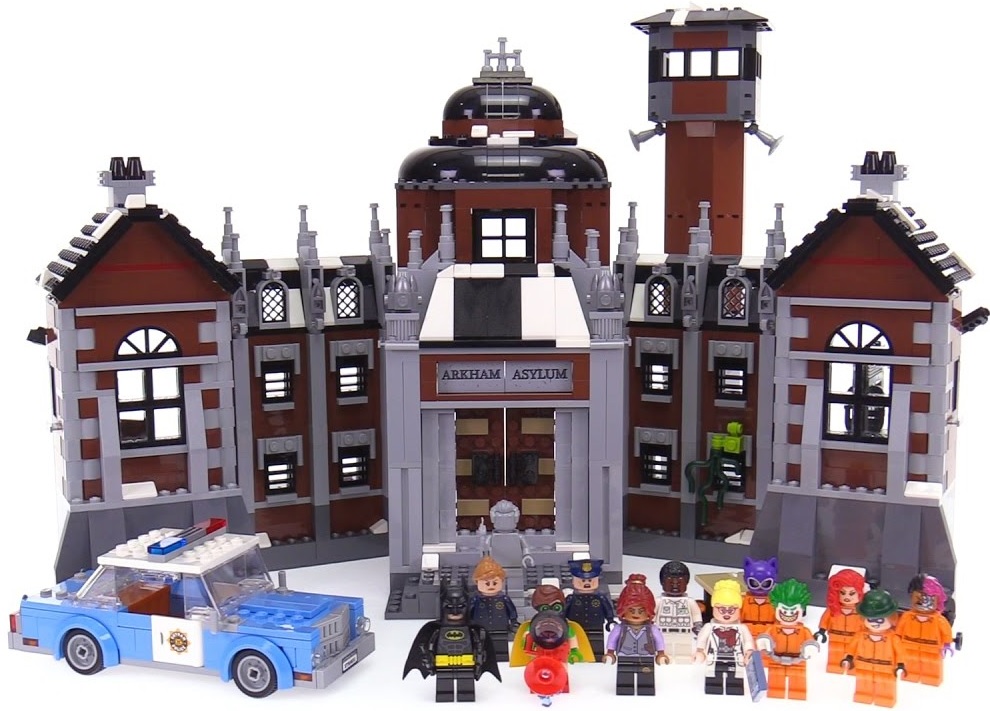 If you’re looking for the most comprehensive Lego Batman Movie toy, Arkham Asylum is a great option. It ships with a police car, the asylum building, and a dozen figurines. And you’ll receive a collection of five classic Batman villain figurines in their orange Arkham jumpsuits, including Joker, Riddler, Catwoman, Poison Ivy, and Two-Face. There’s plenty of great detail in this Lego kit! 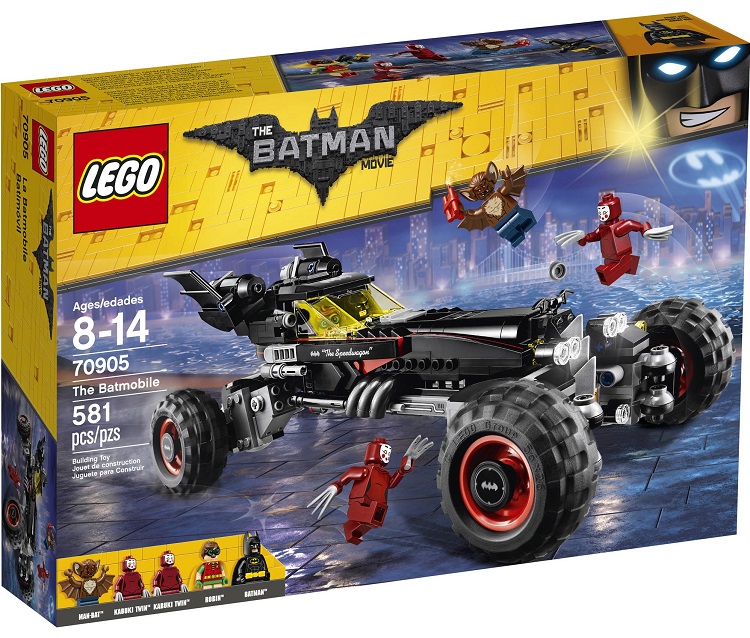 The figurine for Batman’s sidekick, Robin, is included in the Batmobile Lego toy kit. The Batmobile has a monster truck mode and a removable cockpit roof, which allows the Dynamic Duo to join the fight in a hurry. 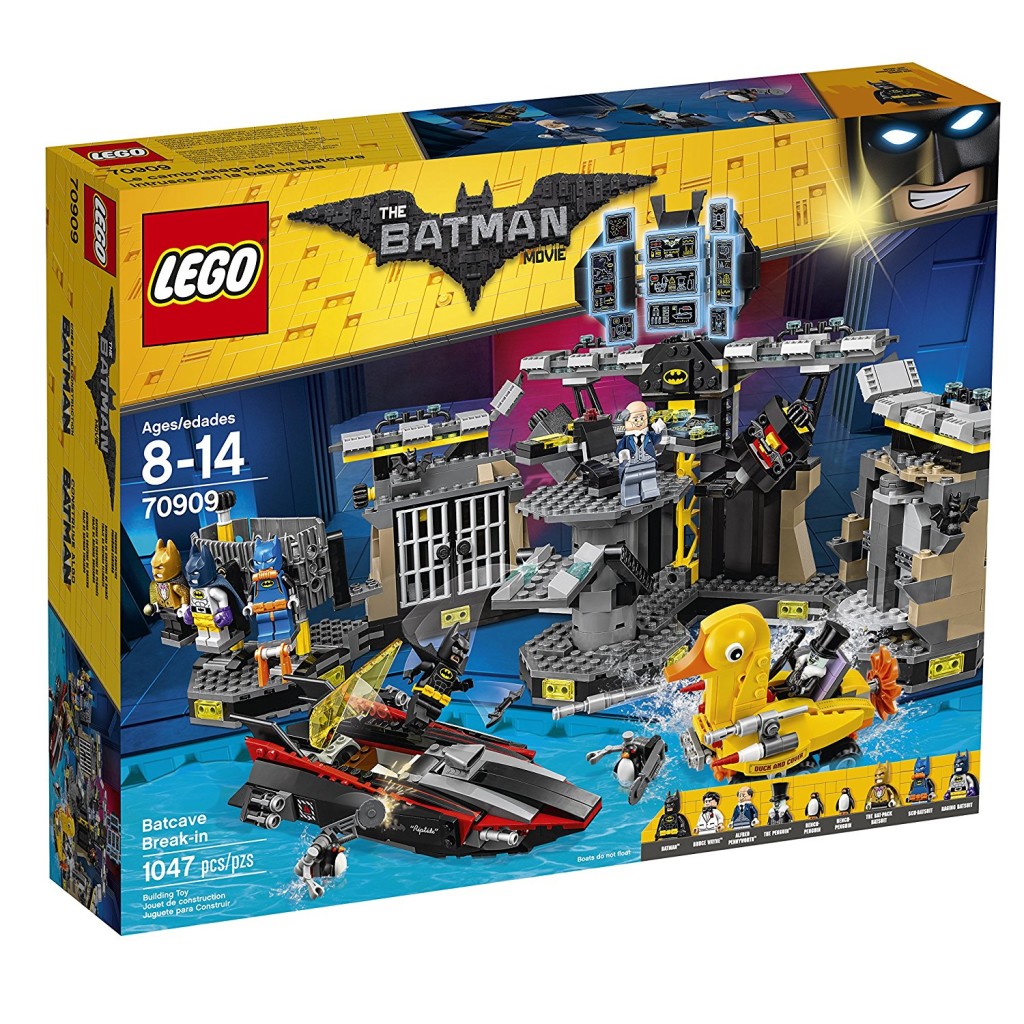 However, the Batcave Break-In Lego toy is probably our favorite. Not only do you receive some of the cool tech featured in the Batcave, but you have access to multiple Bat suits and you can transform Bruce Wayne into Batman. The Penguin and his Duckmobile is included as well. Best of all, you’ll receive an Alfred figurine here. (Who doesn’t love Alfred?) 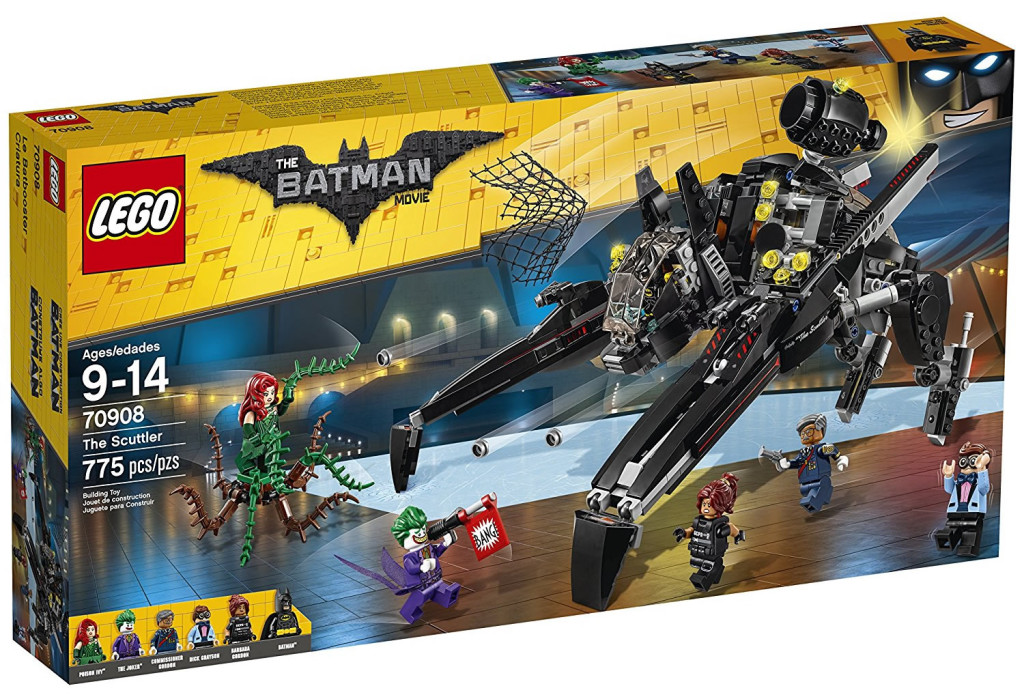 You also can purchase The Scuttler Lego kit, which is a Batman vehicle with a net shooter and hidden jet pack for Batman. Figurines included are Batman, Joker, Poison Ivy, the Gordons, and Dick Grayson.

Additionally, Batman figurines are offered in nearly every Lego set related to the movie available, including the villain Lego sets. After all, each villain needs a super hero to battle against. 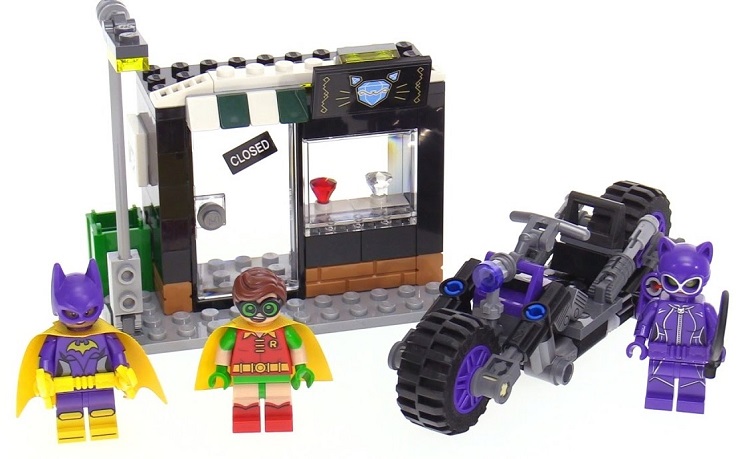 Just to be clear, we’re not here to debate the best Catwoman portrayal of all time. (That’s because it’s Michelle Pfeifer, no debate required.)

But in The Batman Lego Movie, we’ll entertain a debate about whether Catwoman has the best ride among the villains with her Catcycle. The fat tire motorcycle toy includes figurines of Catwoman, Robin, and Batgirl, but it’s one of the few kits without a Batman figurine. 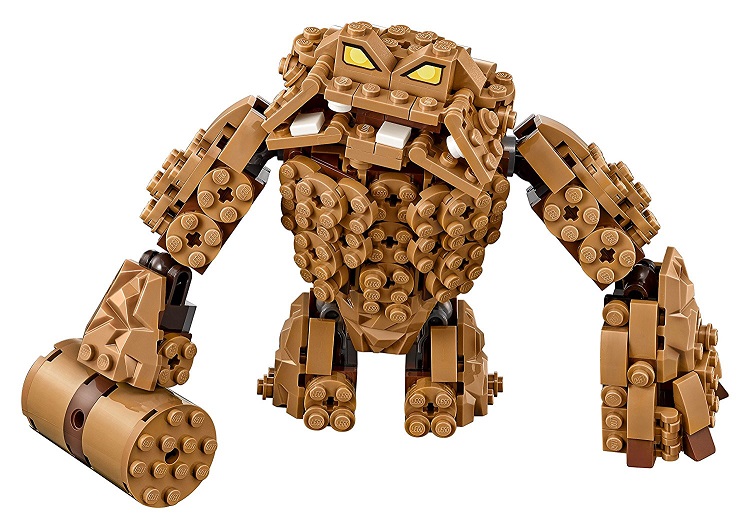 If ever there was a villain for whom Lego is the perfect medium, it’s Clayface, who’s supposed to have a blocky kind of a look. You can swap out Clayface’s hands with a rapid shooter or a hammer with the Clayface Splat Attack Lego kit. Mayor McCaskill and Batman figurines are included with this kit.

It’s no surprise the coolest villain in the Batman series has the coolest set of Lego toys for The Lego Batman Movie. The Joker’s Notorious Low Rider is a purple vehicle with a bouncing suspension and shooters in the trunk. 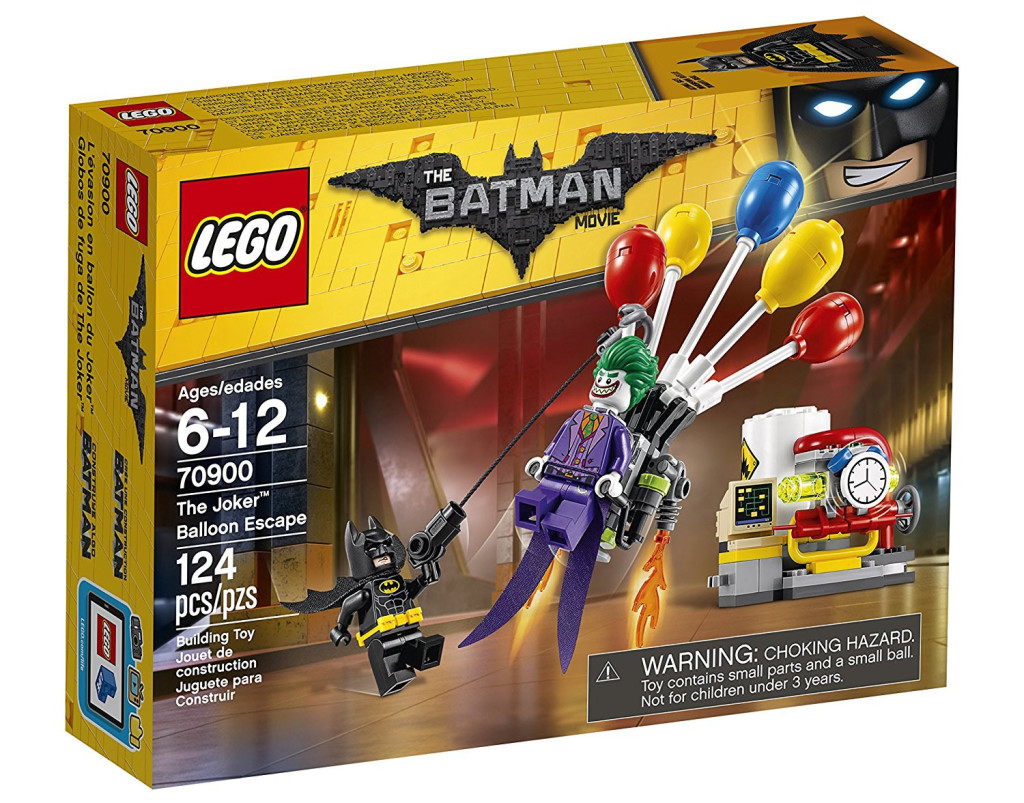 And the Joker has a balloon backpack as another separate Lego set that allows him to use it like a jet pack. No other villain has two toy sets. 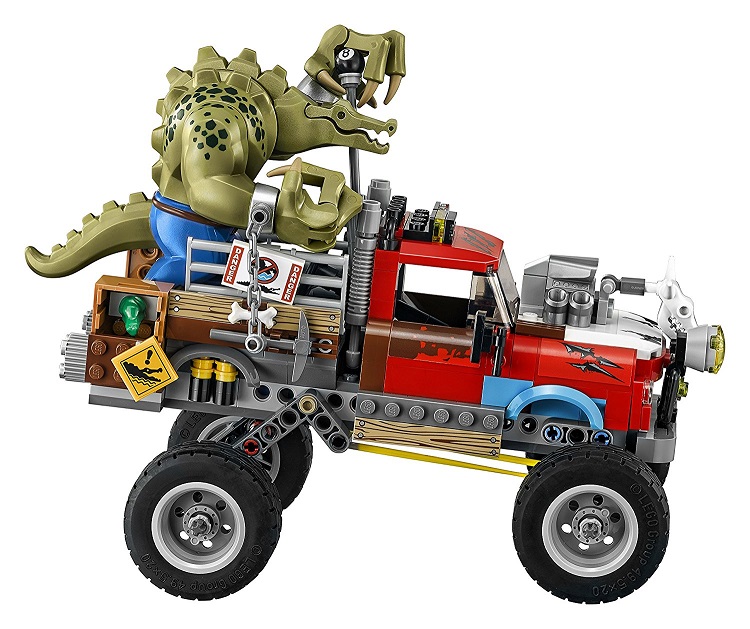 Killer Croc rides in the back of its Tail-Gator vehicle, although there is room for a figurine in the cabin. In addition to the large Killer Croc figurine (who, thankfully, is wearing pants), you’ll receive Batman, Zebra-Man, and Tarantula figurines. 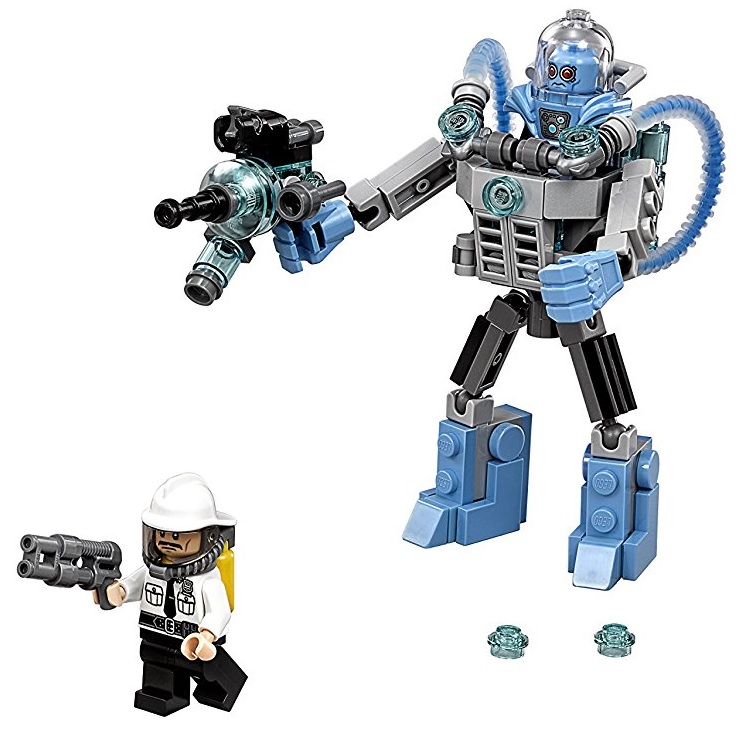 The Mr. Freeze Ice Attack Lego kit includes a freeze gun and a power plant. The biggest disappointment? The Mr. Freeze figurine looks nothing like Arnold Schwarzenegger. (However, don’t let that hold you back: You can still say ultra clever lines like, “You are not sending me to the cooler!” or “Let’s kick some ice!” while playing with the Ice Attack set.)

The Penguin has always been all about style, and his Lego vehicle, the Arctic Roller, fits him perfectly. The Arctic Roller includes spring loaded missiles as well as a mini-escape pod in the trunk.

Additionally, the Penguin’s Duckmobile — yes, it looks like a rubber ducky — is included as part of the Batcave Break-in Lego set mentioned earlier. 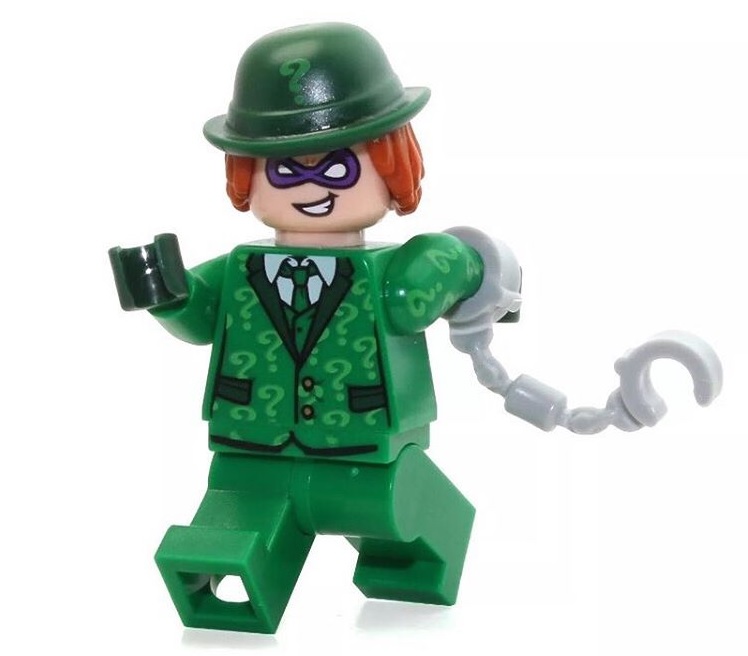 I freely admit the Riddler has never been my favorite Batman character. (I blame the creepy Frank Gorshin portrayal in the Batman TV series from the 1960s; scared the bejesus out of me as a kid.)

I won’t hold that against the Riddle Racer vehicle Lego toy, though. The green car includes spring loaded shooters that flip up from the car as well as plenty of dynamite to launch. 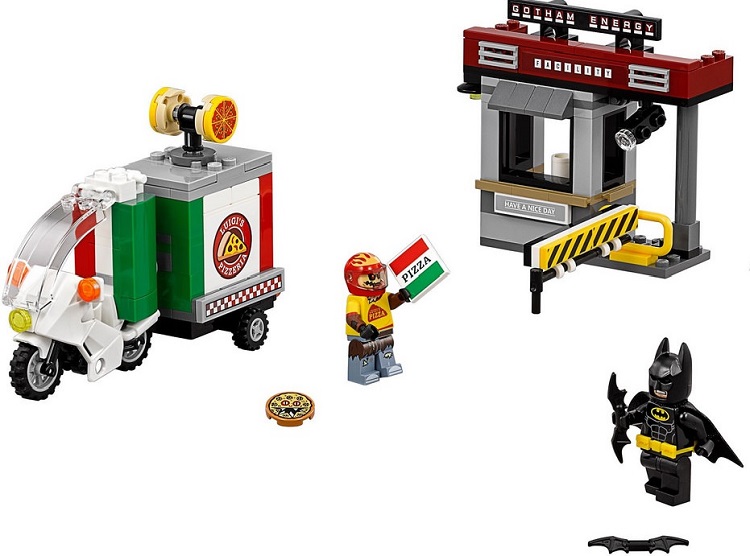 One of the oddest options among the best Lego Batman Movie toys is the Scarecrow Special Delivery Lego kit, which features the Scarecrow villain figurine driving a pizza delivery bike and cart. But instead of a large combo pizza with extra mushrooms to fill Batman’s craving for the munchies, Scarecrow is trying to deliver a fear gas canister. The Batman figurine included in this kit has two Batarangs.

If you want a large number of figurines from The Lego Batman Movie in one box, the toy maker is offering a set of mini figurines that has numerous limited edition characters, including multiple iterations of Batman. 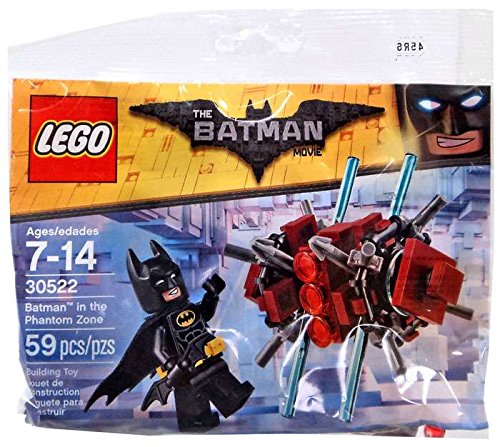 If you’re looking for a slightly less expensive toy option — or if you just have to have every Lego toy associated with The Batman Lego Movie — don’t forget about the Lego polybags. These scaled-down kits may work better for younger children, as they have fewer pieces, and they cost less than $15 … sometimes less than $10.

Looking for some bargains on The Lego Batman Movie toys listed here? We at Ben’s Bargains have collected a list of deals that will help you save some money on these toys, and you may even have them in your hands before the movie is released! Try the links below for deals for Lego toys related to specific characters.

The Lego Batman Movie will be a 3D animation, similar to The Lego Movie. Will Arnett voices Batman and Bruce Wayne, while Zach Galifianakis will voice Joker. Rosario Dawson is Batgirl, and Michael Cera voices Robin. Arnett also voiced Batman in The Lego Movie.

In The Lego Batman Movie, directed by Chris McKay, Batman must attempt to save Gotham from the Joker’s takeover attempts. But he quickly discovers that attempting to do it all by himself as a vigilante doesn’t work as well as working with others. (After all, what good is a movie aimed at kids without a clear moral to the story?) It’s rated PG and runs 1 hour, 46 minutes.