Sphero Is Better Than Your Flesh-and-Blood Pet

Sphero is a lot like a small pet.  They both roam around the house.  They both make your smile.  And they’re both terribly cute.  But it’s time to face facts: Fido doesn’t come with Bluetooth.

Point, Sphero!  The newest and most original gaming system to date sets itself apart by thinking outside the TV box.  Sphero is a robotic ball encasing a gyroscope, accelerator, and lots of other fun stuff that the player (or players) control with their Android or iOS devices.  Speeding around at up to 3 feet per second at a range of 50 feet, this gaming device is a huge leap forward from that stationary Nintendo robot from the 80s. 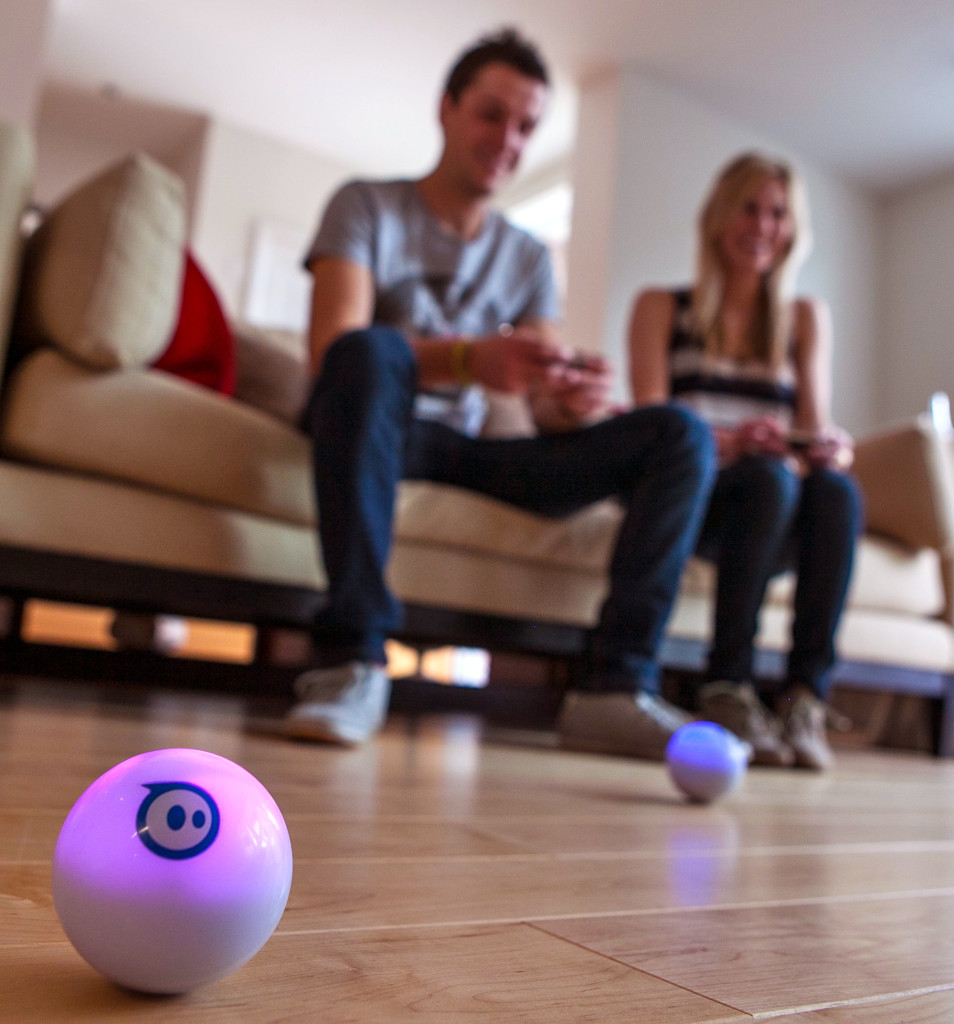 With over 20 apps already available and more on the way, Sphero has much more sophisticated tastes than just “fetch.”  Some games utilize rolling the Sphero around the floor – the ground-breaking Sharky the Beaver incorporates your mobile device’s camera feed to replace the robot ball with a cartoon beaver, so you can see what your home would look like with a 3d cartoon waltzing around.  Other games use Sphero as a controller, placing in your hands a sort of multidimensional steering wheel.

So move over, Rover!  There’s a new ankle-biter in town, and this one doesn’t need you to clean up after it!