Shut Up And Take My Money: Handheld Oregon Trail Game

Playing off the nostalgia of growing up in the late Eighties / early Nineties, Target is selling an exclusive electronic gizmo that puts an old, familiar game in the palm of your hand.

The handheld Oregon Trail game puts you back in that covered wagon making your away across America in search of a new life in Oregon’s Willamette Valley, circa 1848.

Sure, you could find any number of flash emulators to play this game for free on the Web. But this $25 device comes with ridiculous size buttons, the same found on those enormous keyboards from the decade of Sony Walkmans, Talking Alf and the Back to the Future franchise. 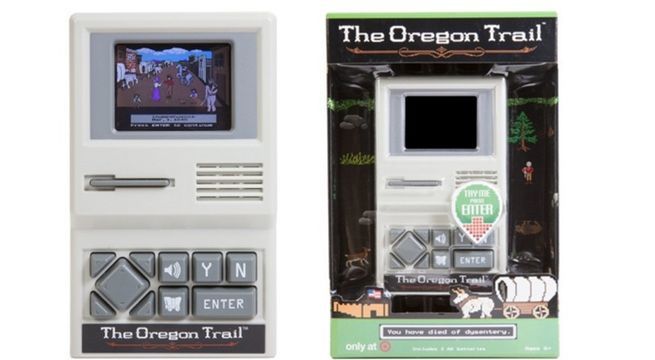 Similar to the 80’s version, you can name all the members of your party; ideal for the tombstones when they inevitably die of dysentery. You can also hunt for food using the directional pad and curse at the game when it only lets you bring back 25 pounds of the 1,000 pound bear you just shot. Speaking of hunting, this version of Oregon trail is more similar to the MS-DOS version than the Apple II, specifically because you can free walk around the hunting map.

The handheld Oregon Trail game is sold exclusively at Target for a price of $25. You can find it online as well as in-store (and likely eBay once the retailer sells out of the production run). 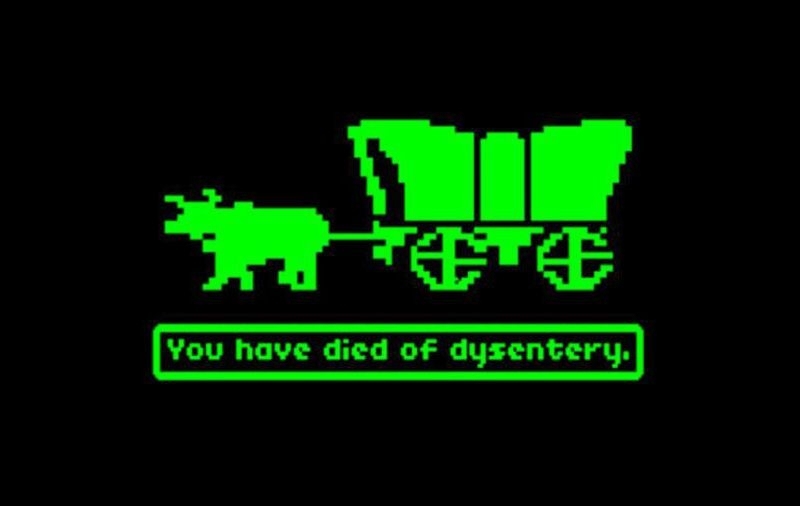