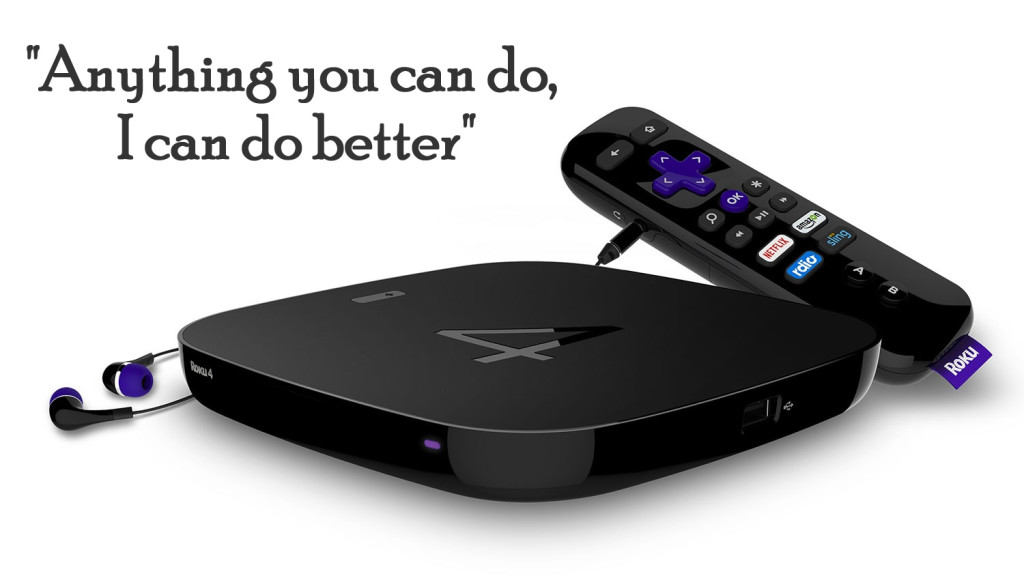 Every time one of these media boxes is announced, I’m always reminded of that little Irving Berlin ditty Anything You Can Do. First, the Apple TV was announced in early September, Apple’s first revision of the hardware in years. Everyone was excited about iOS support, Siri support. Then Amazon 1up’ed Apple with the 4K Fire TV announcement during mid-September. Everyone was excited about 4K support, faster hardware, lower price tag.

Well, Roku just announced the Roku 4. Here’s a handy spec sheet to help you decide between the three main options in set-top boxes this holiday season.

Related: Check out our full Roku 4 review and our 4K Fire TV review!

The facts are clear. Amazon is aiming at the budget audience, but still offering 4K playback as well as the best specs. Of course, some of the downsides include a search engine that’s not truly universal and a general lack of 4K content at the moment. It’s also a less useful player without a Prime subscription.

Apple is content charging people significantly more than competitors while offering less powerful hardware at the same time. Of course, the integration of iOS 9 is likely going to open the floodgates to mobile gaming on the family television and Siri could be a powerful voice assistant for finding content. The remote control is also pretty slick, assuming it works as advertised.

Alternatively, Roku appears to be pricing the Roku 4 in the middle of the other two options, specifically going after the home theater crowd. It’s the only option that offers 60 fps playback in 4K as well as a physical optical output for home theater speakers. Roku’s also been doing universal search longer than anyone else (and arguably more effective at it). However, voice search may end up being spotty and it’s obvious that gaming is an afterthought compared to the other two set-top boxes.

If interested in ordering, the Amazon Fire TV is available now, Apple hasn’t opened preorders up for the new Apple TV yet, and Roku has opened up preorders for the Roku as of today: LINK

You can check out more photos of the new Roku 4 below: 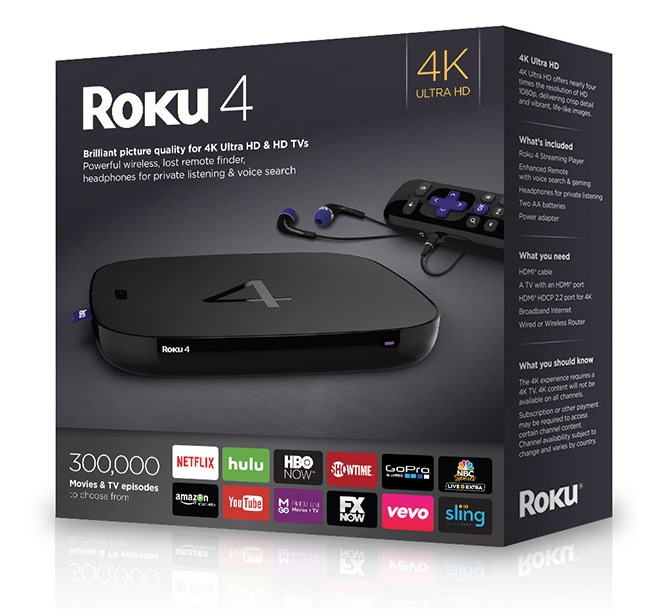