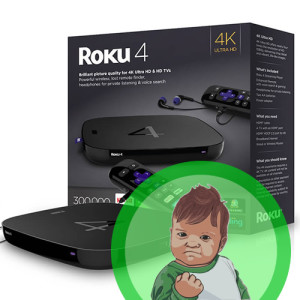 The Roku 4 ($130) is Roku’s entry into the 4K sweepstakes, and it’s a very well thought-out and compelling product for consumers interested in utilizing their shiny new 4K HDTVs.

Roku has won legions of fans for its easy to use and focused product line that does streaming better than anyone else. The Roku 4 picks up where other Rokus left off and delivers the goods.

The Roku 4 is super-sized compared to previous Rokus, measuring 6.5″ x 6.5″ x 0.8″ (vs. 3.5″ x 3.5″ x 1″ of Roku 3) and has a flat matte black top with a big glossy “4,” in keeping with Roku’s traditional design. There’s now a remote finder button on top, which is a unique feature that will come into play at some point or another. (Press it, and the remote will emit your choice of alarm sound. Hopefully, users will be able to upload their own in the future.) 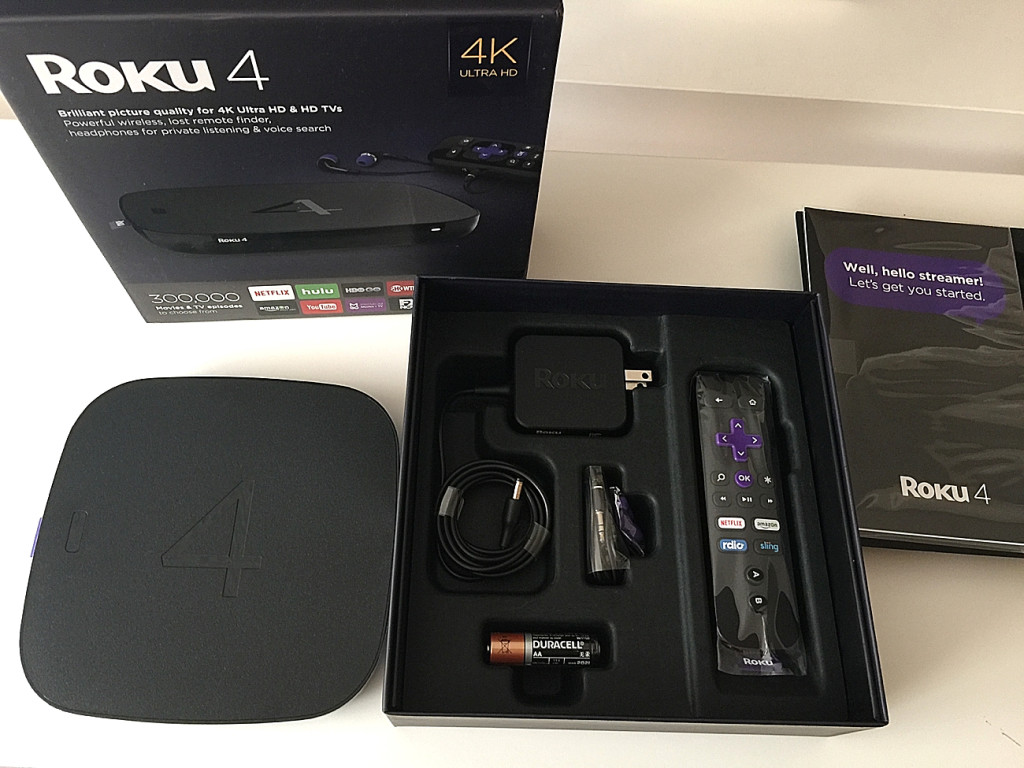 Like the new Fire TV, the Roku 4 has a quad-core processor and dual-band 802.11ac Wi-Fi. However, its 1.5GB memory, 256MB of storage and lack of dedicated GPU pale in comparison to the 2GB RAM, 8GB storage and dedicated GPU of the Amazon Fire TV. So on paper, the Fire TV looks better, but the Roku is a much better performer.

In my review (5/10), I wrote that software bugs really hampered the 2nd Gen Fire TV, and I think that’s the big difference here. While the hardware is debatably comparable, the Roku 4 does it better where it counts—playing 4K video.

Show Us the 4K

4K Ultra HD is the key feature of the Roku 4 and it doesn’t disappoint. Its specs are up to date: HDMI 2.0 output with HDCP 2.2 and up to 4K at 60fps. It doesn’t currently support HDR (High Dynamic Range), but according to Roku’s FAQ page, that could be added later to the product, presumably in a firmware update.

The quality of 4K depends on the content (frame rate, cameras used, etc.), but overall, 4K looks great. Does it look fantastic enough to compel consumers to buy a 4K TV? Last year, I would’ve said no because of limited content. This year, it’s a maybe, especially with a player like the Roku 4. But 4K will definitely be the standard within a couple years, just as 720p/1080p is the current standard. 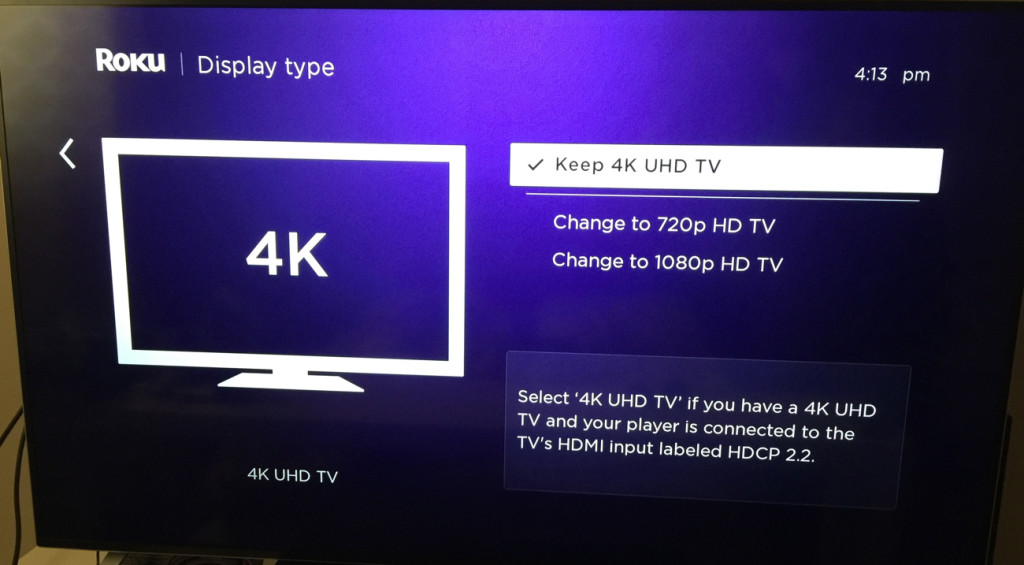 While you already know you need a 4K TV to play 4K material from the new Fire TV, you may not know that you need an HDMI input that’s HDCP 2.2 -compliant (i.e. copy protection). Most major brand 4K TVs produced since 2014 have at least one HDMI input with HDCP 2.2, but it’s something that could be a problem.

The Roku 4 is free of the buggy software issues that currently plague the other big 4K set-top box out there right now, Amazon’s 2nd gen Fire TV.

It handled all the 4K content on Netflix, Amazon Instant Video and YouTube (the major providers) with aplomb. Buffering, if any, is brief. It ramped up to Ultra HD almost instantaneously on Netflix and within 1 to 2 seconds on Amazon. This is definitely where the Roku 4 shines. I didn’t experience drop-outs, buffering in-progress or other hiccups.

One of my favorite aspects of the Roku 4 is the 4K Ultra HD Spotlight channel that puts together all the 4K content in one place. Roku has correctly guessed that 4K TV owners will be anxious to find all that content. On the Amazon Fire TV, it took some digging around to find. 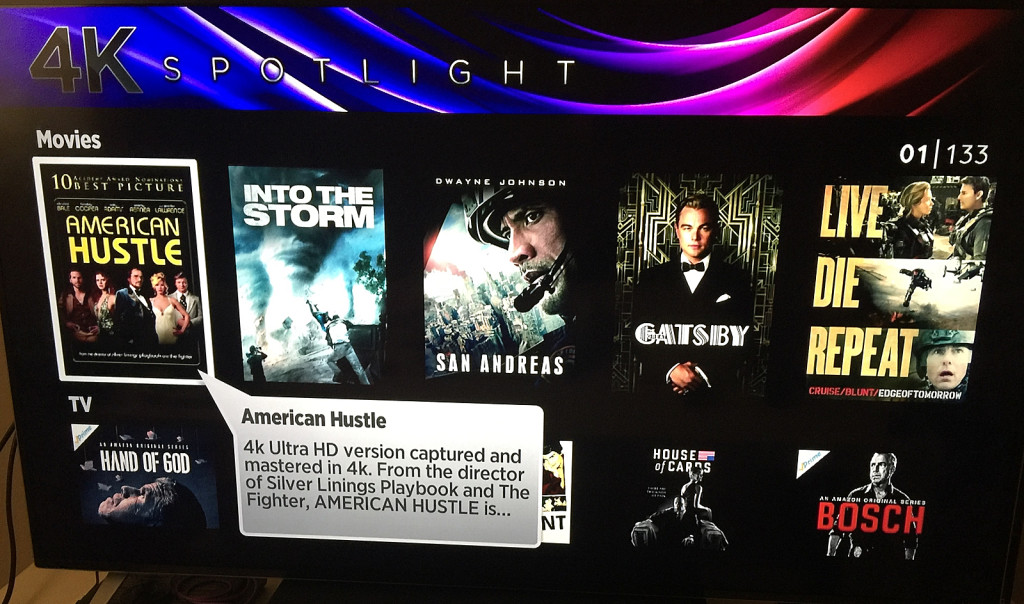 4K content is collected all in one location (cross-platform).

I did encounter fan noise. (Yes, the Roku 4 has a fan, but it’s also got a quad-core processor.) Some customers have already been reporting a loud fan noise. I would liken it more to the hum of a laptop fan that’s not even noticeable when you have the sound on. But it’s definitely there, and it did get loud when my customized photo screensaver was running and when I ran the remote finder while playing 4K video.

If you’re sensitive to this sort of thing, I would note this as the biggest “disappointment” of the Roku 4.

The Roku remote is still the best in its class with a nice weight and responsive feel that is noticeably better than the Fire TV remote or the old Apple TV remote. The Roku remote still has the handy headphone plug (and includes earbuds), which for some reason mostly hasn’t been replicated on other set-top boxes, until the new NVIDIA Shield.

You’ve also got voice search on the remote which was introduced earlier this year in the revamped 2015 Roku 3. It’s quick and responsive but not as powerful as Siri or Alexa. 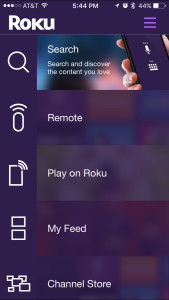 The mobile app was updated this year with voice search and Roku Feed—which allows you to keep track of actors and movie releases. The app already doubles as a remote, app launcher and photo streamer that also allows you to upload your mobile pics as a Roku screensaver. The app, which was also redesigned in October, is intuitive and a worthy alternative to the already great physical remote.

If It Ain’t Broke…

Some things remain the same, for good and (slightly) bad. The Roku platform (now OS 7) is still a breeze, even if some apps (e.g. Amazon’s) aren’t as flashy as the ones we’ve seen on Xbox One or the Fire TV. The app is not really Roku’s fault, though. And the notoriously buggy Sling TV app still seems relatively stodgy on the Roku 4.

Roku natively plays the most services that people want. Every streaming player will have Netflix or Hulu, but do they have Amazon Video (not Apple TV or NVIDIA Shield), Google Play Movies (not Fire TV) and Sling TV (not Apple TV)?

Searching across various services is something that’s been on previous Rokus, but it’s a game-changing feature that really makes Roku’s platform so user-friendly. Roku has 20 channel partners currently, and it’s still an unbiased search not weighted towards any service.

I do not hesitate to recommend the Roku 4 as your first choice in set-top boxes if you already own a 4K TV and want to dive right into the 4K current. It’s pricey but offers almost flawless performance.

If you don’t own a 4K TV, then buying a Roku 4 now might be a little premature because of its higher price tag. Standard HD performance on the Roku 4 is not going to be any different than, say, the cheaper Roku 3. Plus, you might just want to wait for the new Apple TV that doesn’t do 4K at all.

Update [12/1/15]:  Roku announced the addition of captive portal access called Hotel & Dorm Connect, which Amazon’s Fire TV devices have. It allows you to connect the Roku to networks that require an additional sign-in, such as in a hotel room. 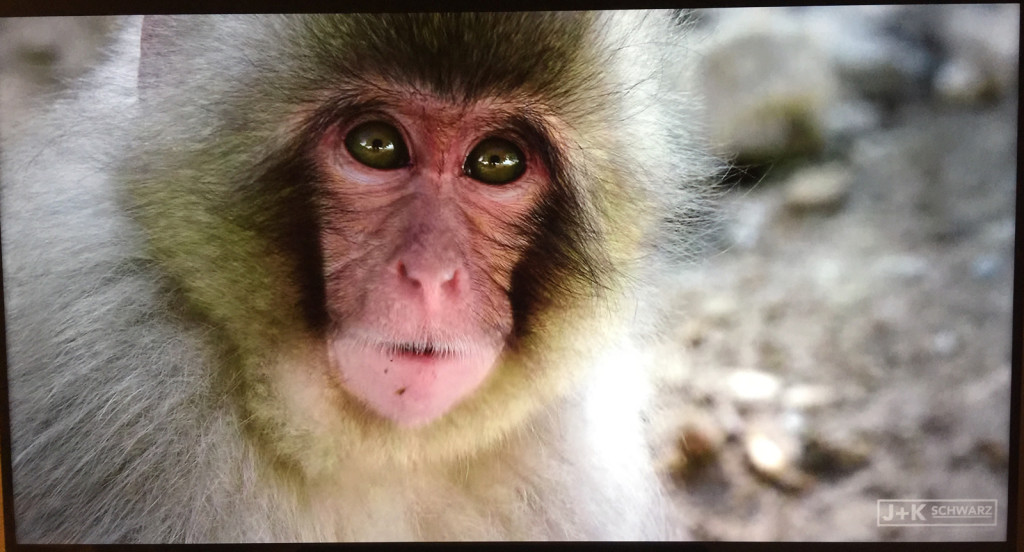 Now you can watch your favorite snow monkeys in scintillating Ultra HD.