We’ve hit the halfway mark in the current season of Game of Thrones, which means alliances are set to be demolished, betrayals revealed in only the most violent fashion. In preparation for the impending soul wrenching, allow yourself the occasional splurge so that you might have some object upon which to gingerly lay your quivering hand while your beloved favorite character meets an undoubtedly early grave.

Remember, you could just head over to ThinkGeek and peruse the Game of Thrones ThinkGeek catalog yourself. But what’s the internet for it not a place to let other people do the research for you?

To Keep it All in Perspective

This season has focused disproportionately on the scuttles of the north, pitching us over and over again an impending battle between the Baratheon and Bolton armies at Winterfell. Despite the inherent importance regarding he or she who sits as the Warden of the North, let’s not forget it’s this bad boy, which is 25 percent off right now, that everyone really cares about: 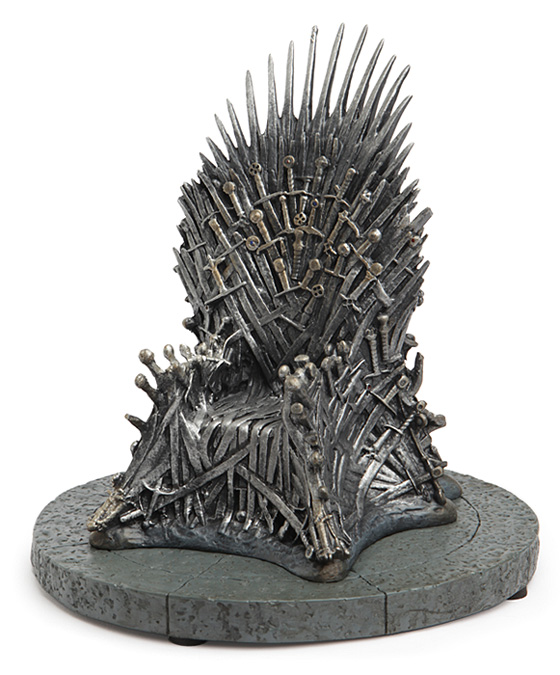 Game of Thrones might suggest plurality in it’s title. Above rests the throne above thrones, so should it rest beside you as you partake in the game. Just imagine caressing those silken steely angles while you watch the Mother of Dragons scheme in ambition of it. We live in wonderful times, when replicas of fictional furniture are coveted and gained through electronic transfers that bounce off space pods orbiting the planet earth.

Though ThinkGeek features plenty of pointy objects under the Game of Thrones marker, it might be preferable to grab a sword that you can actually hit people with without killing them. Here are two such objects, modeled after weapons held by Ned Stark and Jon Snow. They even have their own names. 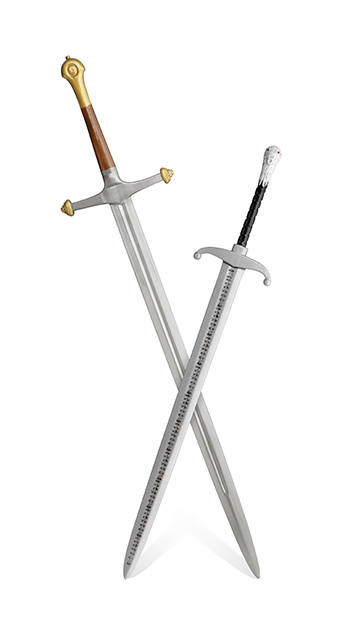 One is called Ice and the other is called Longclaw. Frankly, I have no idea which is which. Nevertheless, the packaged pair is discounted 25 percent right now, and won’t cost you anything in medical bills.

For When the Whitewalkers Come

If you are insistent on holding something that actually feels like a part of the Game of Thrones world, look no further than this giant dish plate that’s actually a shield. There’s even a handle on the back, just like the ones the Stark soldiers probably used in important battles that happened off-screen. 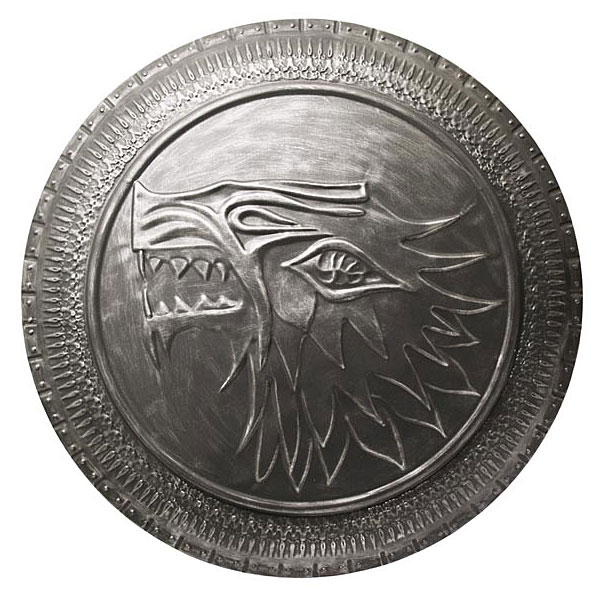 It’s also worth mentioning, especially since I devoted an entire header to it, that the shield is most certainly a better weapon when fighting the undead. Not only is it uniquely designed to repel bestial biting, it serves as a great cooking surface when the microwaves are no longer functional, which is a huge potential concern in Westeros. This one is currently 10 percent off.

Sick of the Starks? Celebrate their long and torturous demise with some ale served in this fine Dragonscale goblet, complete a yellow tinting at the bottom to destroy any chance at predicting poisonous intent. It’s a part of the Baratheon’s whole dragon and fire theme going on, save for the occasional naked priestess. 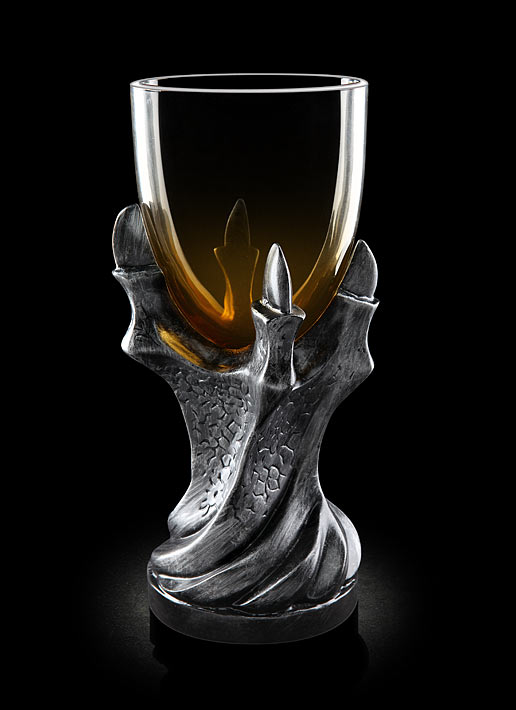 This item is not discounted right now, which is just how Stannis likes to treat other people.

For Getting Way too Into It

Those who take pride in keeping up with the geography of it all can use this handy map, complete with markers for each important House, to track the movements of all the relevant players. Just remember that you need to know who and who not to show this thing off to. 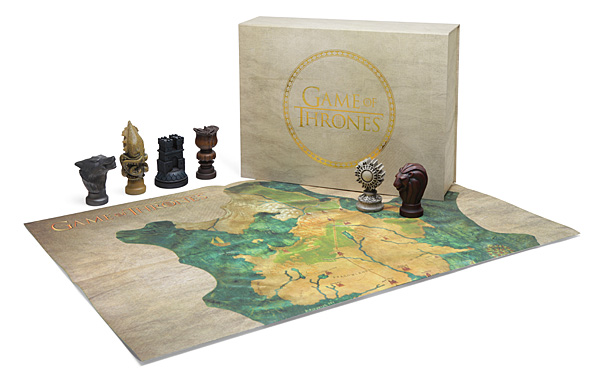 If you ever wondered how epic placing things on a mat can possibly get, please, for your own need, watch the following video. Unfortunately, I don’t think the set comes with background music.