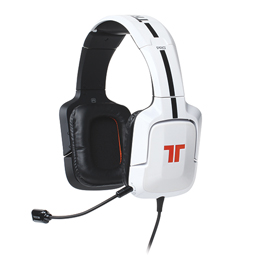 In truth, wanting or needing to watch movies and play games in surround sound without disturbing the other members of your domicile is not limited to college students. Roommates, significant others, children, corporate housing dwellers, cubicle neighbors — each one is likely to benefit from you not blasting Saints Row IV or Skyfall through an actual array of surround sound speakers.  At the same time, for the love of all sound gods, don’t limit yourself to Apple ear buds.

The Choice is Clear

Many “surround sound” headsets take your music, movies, and games, and, using fancy mathematical algorithms, fake a multiple speaker sound experience, but that is not the idea behind the Mad Catz Tritton Pro+ 5.1.  Mad Catz gobbled up Tritton back in 2010, and the headset maker continues to pump out golden edges, at least if looks are to be believed.

These are some serious cans, with each over-the-ear coupling housing four separate drivers.  A left and right set of 30mm Front, 30mm Rear, 24mm Center and 40mm Sub drivers power the surround experience, which also means this headset requires a 5.1 surround source to push those drivers (as well as a USB jack to power it all). 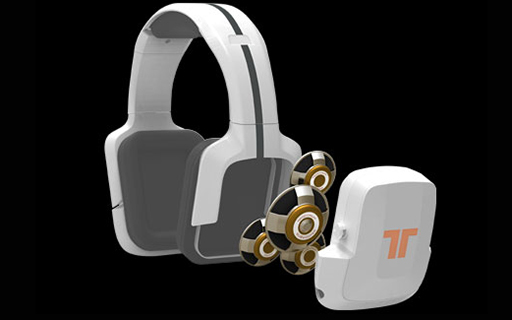 Fortunately, even the dorm-dwelling laptop user can swap in a USB sound card like the Creative X-Fi Surround 5.1 to make the connection. Or, maybe an even better option are the Mad Catz Tritton Pro+ 5.1 Headphones for Xbox 360 and PS3, which come with a necessary external decoder.  The user’s laptop would then just need some kind of optical out. 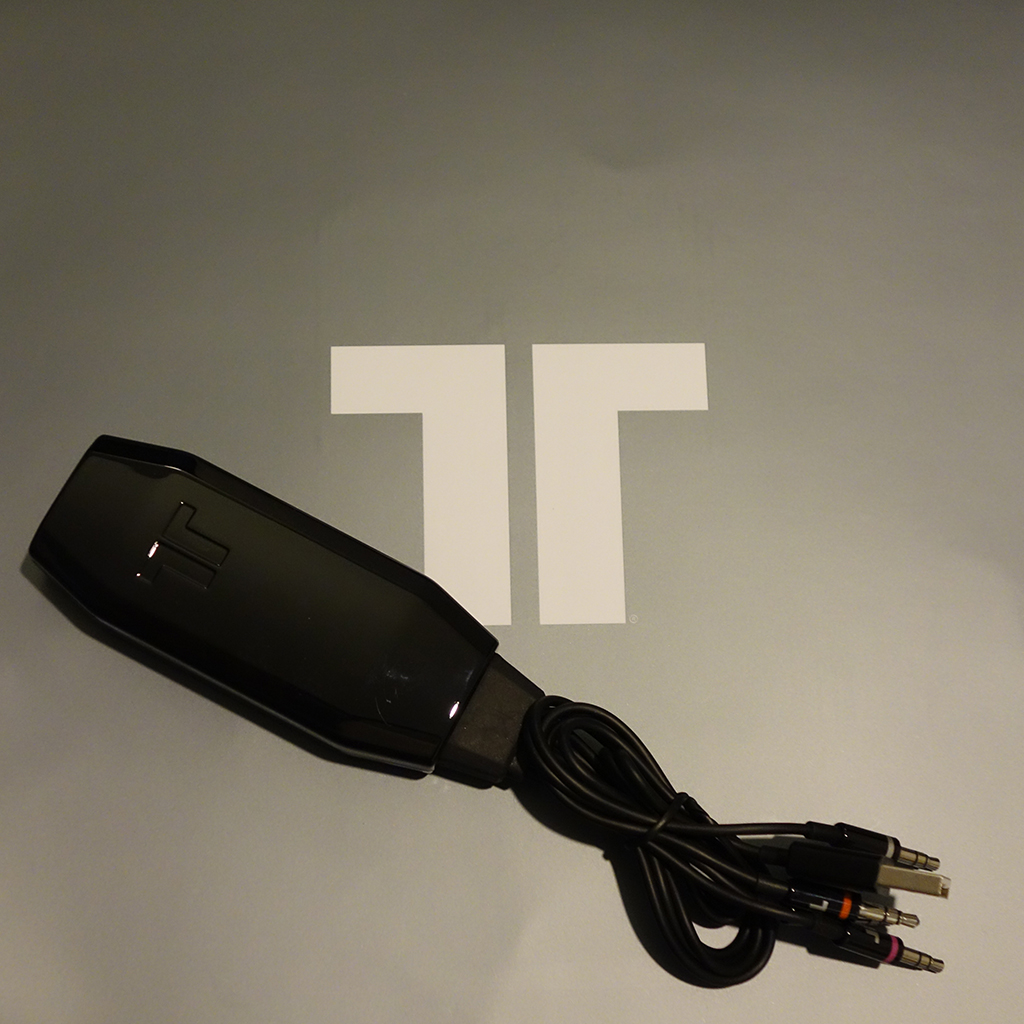 As for 5.1 content, not only are most 3D PC games made in the last seven years surround-ready, but DVDs and Blu-rays will shine as well.  In fact, users can even find .mkv, and other various video encodes, with stunning 5.1 tracks that are playable through VLC. The end result of all this equipment and source material?

Stunning surround sound in a comfortable and stylish package.

Of course, like any enjoyable surround sound set-up, the Trittons take some set-up tweaking.  Fortunately, the headset’s in-line audio control uses four illuminated buttons and a volume rocker to give the user the ability to push power where needed. Initially, I was bummed to see that the headset omitted an auxiliary port, but it turns out the Xbox controller mic port (found on the bottom of the in-line audio control) can be used as an aux port for a secondary audio source. 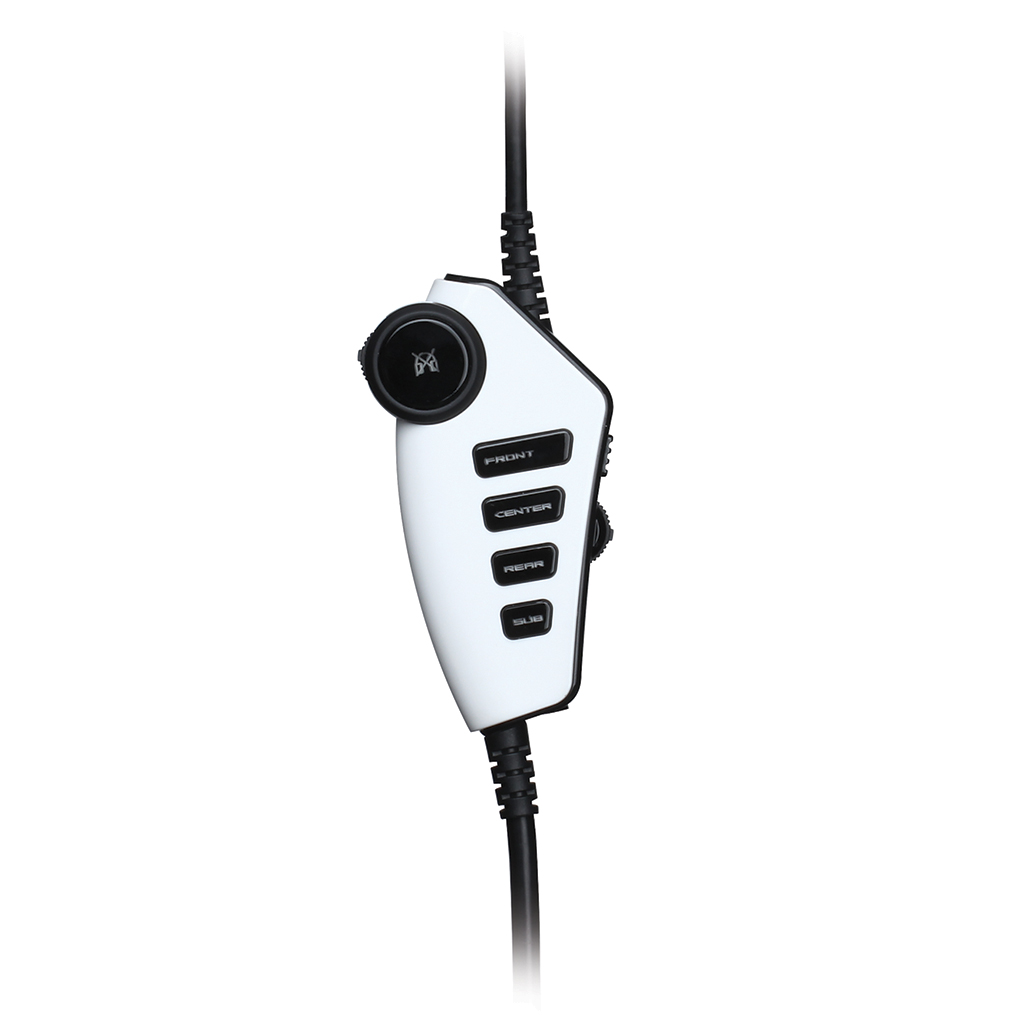 Jack of All Trades

Provided that you have a USB power source around to power it, the Mad Catz Tritton Pro+ 5.1 Headphones for PC and Mac do more than just provide surround sound.  The included, flexible and detachable mic is far and away a much better option for things like Skype and Ventrilo and Steam Chat than the tiny speck of a microphone that comes standard with most laptops.  Plus, it has a Mute Mic switch.  Good luck quickly finding one of those on that new laptop.

The aren’t you a little short for a stormtrooper look of the headset is likely to turn heads.  In addition to the glossy Imperial white, black and a red are also options.  All three colors laugh at most other headset designs.  Still, carrying these around is no joke and, since Mad Catz only offers a two-year limited warranty, future owners need to keep this headset out of harm’s way. 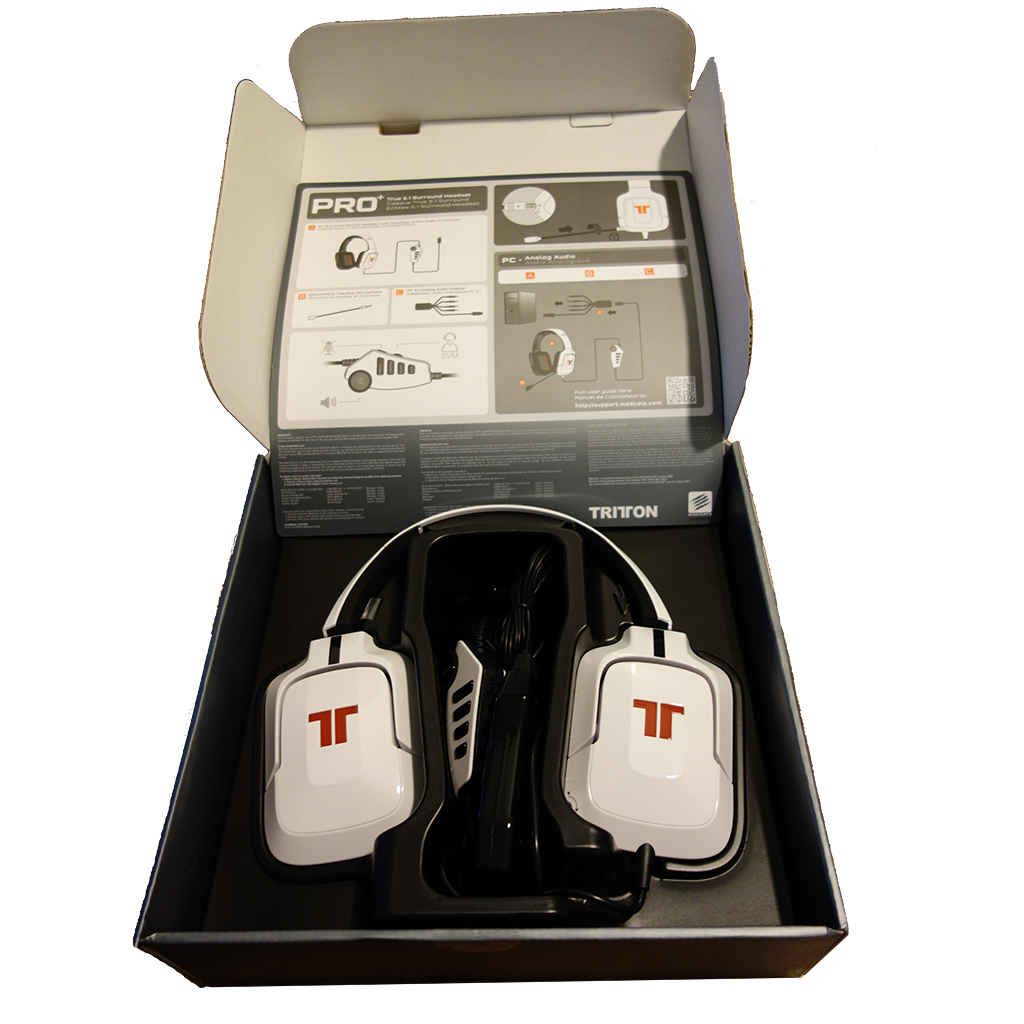 Mad Catz was nice enough to provide a set of white Tritton Pros for review, and they demolished my expectations.  Comfortable for hours on end, reasonably well-made, and powered by a sound design that reproduces games and movies in a range from good to hyper zen.  Anybody looking for true 5.1 headphones for their PC or Mac needs to give these a major consideration.  Once you’ve spent some time with their eight drivers, you may never be able to go back to a mere two-speaker headset again.

OR: Mad Catz TRITTON Pro+ 5.1 Headphones for Xbox 360 and PlayStation 3 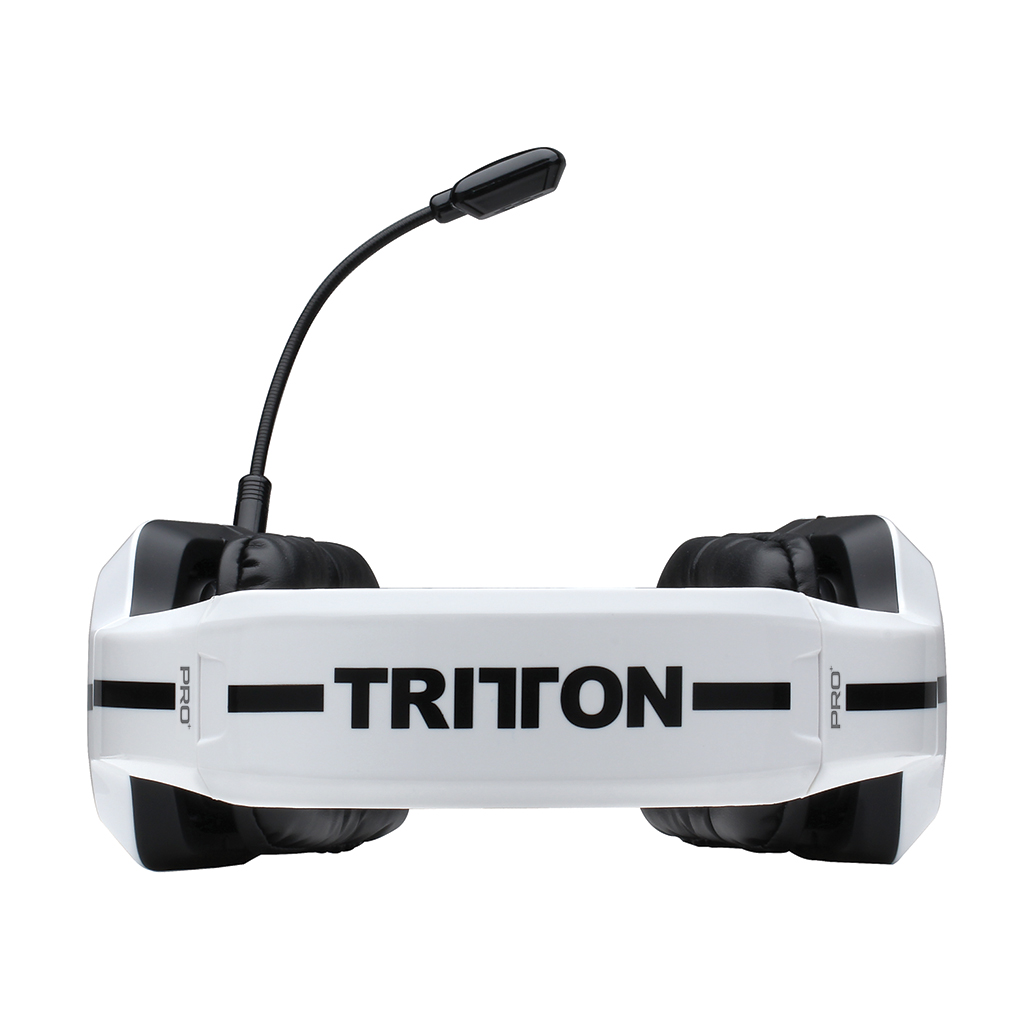