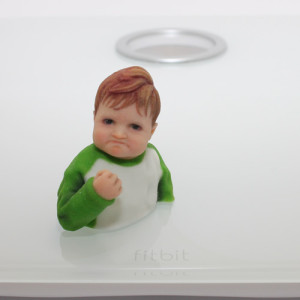 Keeping track of my weight and body fat has always seemed like a depressing task to me, especially since my post-twenties metabolism is starting to slow down and my general aversion to exercise isn’t exactly beneficial to my body. Plopping myself down on the couch after work and watching Netflix season marathons of Warehouse 13 and Breakout Kings isn’t helping either.

Last year, my fiancée and I purchased two Fitbit Ultras in order to keep track of our general activity during the day. The tiny device has encouraged us to take more walks and visit the gym more often. However, while the data is interesting, getting the most out of a Fitbit account involves active participation to catalog the calories in your daily meals as well as logging sleep habits, activities and your weight from time to time.

The Fitbit Aria is an Internet-connected bathroom scale that automatically uploads weight and body fat information to your Fitbit account. While I still have to keep track of what I’m eating to monitor my caloric intake, the Aria takes weight monitoring off the plate for myself and my fiancée. 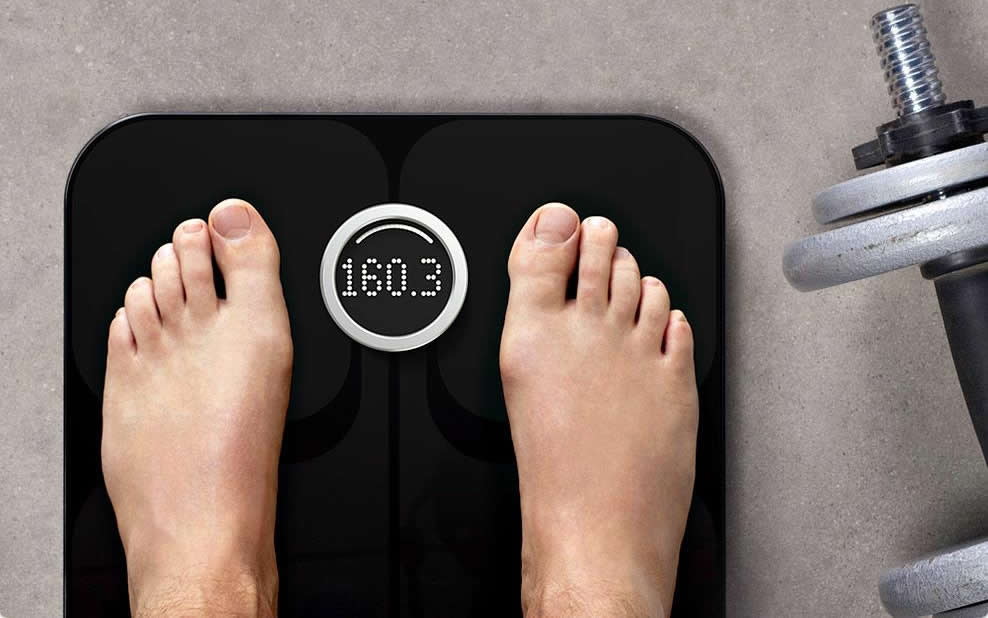 Setting up the device is ridiculously easy. After spending a few minutes connecting to my home’s wireless network and to our Fitbit accounts, we simply entered initials into the scale for each of us. For the most part, the scale will automatically recognize who you are when standing on it. If the scale is confused for any reason, you simply tap your foot on the scale to select the correct initials. I’m still using the factory batteries that came with the scale.

[pullquote]Over the last six months, I’ve never had an issue with uploading data over my home’s wireless network.[/pullquote]According to Fitbit, up to eight registered users can use the scale to relay weight and body fat information back to their personal Fitbit account. Guests can also use the scale to measure their weight, but the data isn’t uploaded anywhere.

To measure body fat percentage, you have to be barefoot when stepping up on the scale. The scale sends a slight electrical current through your body, thus pregnant women, young kids and anyone with a pacemaker shouldn’t use the Aria. I’ve found the body fat percentage to be deadly accurate. I’m familiar with the manual way to measure my body fat and it’s almost identical to that reading. It’s also very consistent on each reading, an issue that plagues older bathroom scales that measure body fat. Data can be viewed on the Web version of the Fitbit dashboard or a mobile device like an iPhone.

Regarding design, it’s easily the most luxurious object in my bathroom. The polished slab of glass on the top of the scale is definitely slick. The backlight display has a soft glow, definitely not overpowering in a dim room. The only potential problem with the glass top is that it can become slippery when wet. You should weigh yourself before taking a shower, not after.

The biggest issue with the Aria isn’t functionality or design; it’s price. The MSRP on the Fitbit Aria is about $130, significantly higher than other scales on the market. For instance, this EatSmart Precision scale has rave Amazon reviews, tracks all the same data and can be found on sale regularly between $50 to $70. You are paying a premium for automation, basically allowing the scale and your Fitbit account to keep track of all that information for you. However, it’s important to note that the Aria is cheaper than other Internet-connected weight / body fat scales like the Withings WS-50.

Is It Worth It? 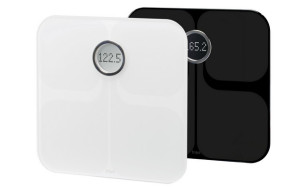 That really depends on how conscientious you are about monitoring your health. Personally, I’m absolutely terrible at it. Having the Aria keeping track of my weight has been really helpful for me and I’ve lost 7.5 pounds since the start of the year. Not a huge amount, but heading in the correct direction.

The knowledge about my weight and body fat sticks with me when I’m making a decision to skip dessert at dinner or perhaps hit the treadmill before work. As much as I previously wanted to ignore my weight, I’m happy that I did. Make sure you pair the Aria with another Fitbit product like the Flex, Zip or One to get the most bang for your buck.

Search for Fitbit Deals on Bens