We’ve arrived at this awkward stage in the life cycles of the current video game systems, where searching for an “Xbox One” or a “PlayStation 4” isn’t a straightforward experience anymore. Now, there are S versions and X versions and Pro versions of the consoles available, and they’re usually the ones to pop up in online searches before the regular old systems.

Luckily, buying any Xbox One or PS4 system will ensure that you – or the person receiving it as a gift – will be able to play all available Xbox One or PS4 games, respectively, so there’s no going wrong there.  However, all these systems don’t operate in the same ways: some will play games better than others, and some will contain other functions (such as movie and streaming abilities) that others cannot.  It’s a bit of a mess, but we’re here to help.

Below, this guide will cover a bunch of different gaming consoles and accessories primed for gifting to those seasoned gamers and potential game lovers in your life, offering both hardware to upgrade their “quality of life” and cost-efficient bundles to get them involved from scratch. Also, you can head over to Ben’s Bargains Software Gift Guide to check out the games that’d pair nicely with any of the below systems.

For Those Serious About 4K and Library Compatibility, Gift This. 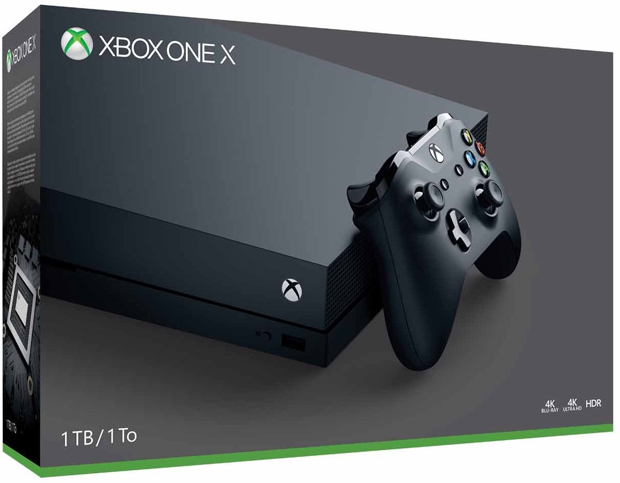 Historically, being a first adopter of a new videogame console involved a few jarring experiences after the purchase. On the positive side, playing the slate of brand new launch games showcased how powerful the new machine could truly be; on the negative, the player had to, y’know, pay for all these games alongside the new console itself. The Xbox One X, Microsoft’s latest gaming console focused on 4K capability, significantly changes the rules this season.

They don’t want gamers to buy entirely new libraries this time around, since the One X will be backwards compatible in the truest sense of the word. Current games for the One will be playable on this new system, but many will be optimized with the new 6-teraflops hardware, especially noticeable to those who have made the plunge into a 4K home theater. Legacy games will also be playable, including original Xbox titles, and the enhanced hardware of the Xbox One X will even elevate the resolution and color quality.

The Xbox One X operates more like a PC upgrade experience than a new console generation, and it’s a beautiful thing.  Also, like the Xbox One S, it’s also a 4K Blu-ray player and media streamer, so you’re able to knock out two birds with one stone.

For the Aspiring Gaming Jedi, Gift This. 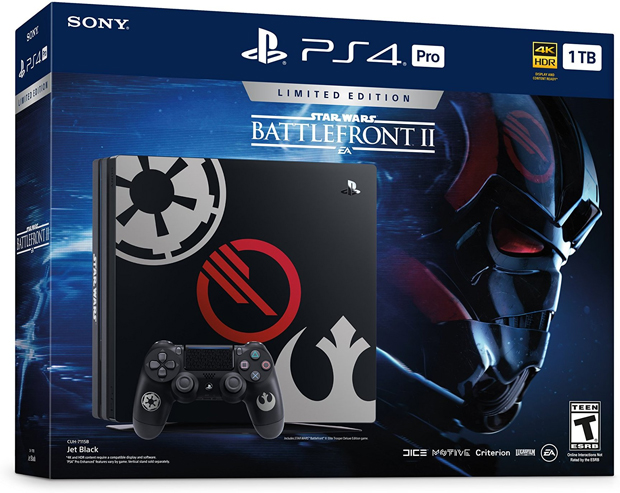 In a similar but not quite as drastic new-console experience for the 4K gamers out there, this marks the one-year anniversary of the release of the PS4 Pro, which means the bundles are a comin’. Continuing to sport the pleasures and pitfalls of last year’s model – enhanced GPU performance focuses on 4K enhancements and VR, yet doesn’t support 4K Blu-ray playback – it’s a commendably beefed-up version of the gaming console of choice this generation, so far.

All standard PS4 games are playable on the Pro, and a few select ones receive boosts in resolution and color range for 4K/HDR-compatible televisions, ranging from broad upticks in resolution to subtler processing effects that smooth out gameplay.

Fans of that little, lesser-known space opera Star Wars who haven’t jumped aboard the new consoles will dig this themed bundle, equipped with a 1TB harddrive, sharply-implemented logo accents, and a copy of the Elite Trooper Deluxe Edition of Star Wars: Battlefront 2.  For those who just want a sleek white iteration of the console bundled with a game, there’s also the straightforward Destiny 2 bundle.

For Those Who Dig Sleekness and Stealth, Gift This.

At this point, whether the Xbox One S was merely a placeholder for Microsoft’s latest gaming console doesn’t really matter. What does matter is that it’s now a robust, polished iteration of this gen’s machine in a console that’s nearly half the size of its predecessor, and its boosts in performance – including HDR compatibility — and inclusion of 4K UHD Blu-ray playback position itself ahead of the chase in terms of value.

Last year saw a collection of bundles that ran the gamut of console colors and included games, but the standout this year comes in the polar-white 1TB version of the console packaged with Assassin’s Creed: Origins, Ubisoft’s innovative new spin on their stealth franchise set in ancient Egypt, as well as Rainbow Six: Siege tossed in for a little added spice.

For the Patient Nintendo Fan, Finally Gift This. 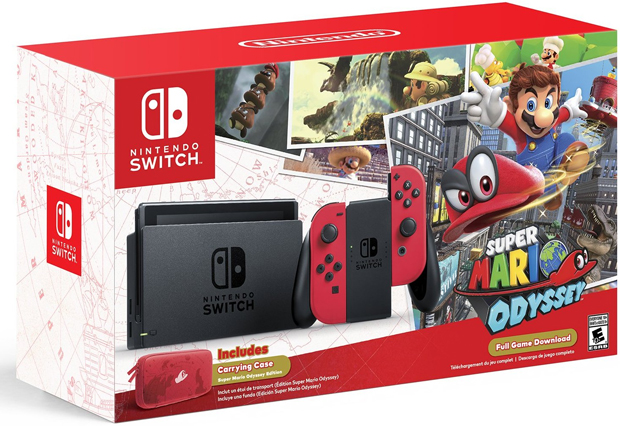 Look, it happens with nearly every system released by Nintendo, but – mamma mia! – it sure was a pain in the rump trying to find their new portable-hybrid console earlier this year.  Luckily, supply has finally caught up with the demand, as one can readily pick up a Switch now at most retailers; heck, you might even have a choice of colors, either the gray-themed controllers or the signature red-blue design.

There’s even a slick new bundle including the latest, acclaimed Super Mario Bros. game, Odyssey, featuring dual red controllers and a themed carrying case.  It’s in and out of stock at Amazon on a regular basis, but it can also be easily found at the usual suspects – Target, GameStop, etc. – for those who don’t want to roll the dice.

For On-the-Go Kids Both Young and Old, Gift This. 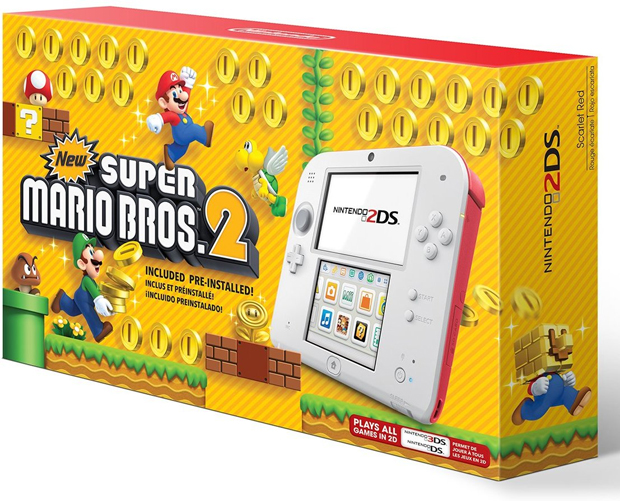 Despite its portable nature, one of the drawbacks to the Nintendo Switch comes in the newness of its library and a notable lack of backwards compatibility with the company’s other systems, even considering its download interface.  Thus, the best way to get one’s hands on a substantial library of classic games that can travel anywhere still comes in Nintendo’s DS consoles, furthering their legacy and value even in the age of the Switch.

The full DS catalogue can be played in the incredibly cost-effective 2DS system, running all the popular games for the platform – heaps of Mario, Zelda, Pokemon, Metroid, and Phoenix Wright titles – in a standard screen fashion.   Yet another handsome 2DS bundle arrived in August that includes New Super Mario Bros 2, featuring a white-and-red accented console and the game preloaded on the system.

For Those Needing a Controller as Colorful as They Are, Gift This. 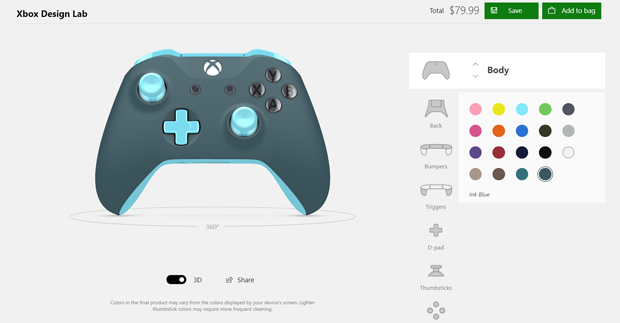 Xbox consoles have always offered a revolving door of colorful, unique designs for their controllers, and the One has been no exception. Just this year, they’ve released another version of their Shadow ombre color line in vivid orange, a navy tech-inspired design, and an entire batch dedicated to the pixelated aesthetic of Minecraft. Sometimes, the controllers available simply don’t have just the right combination of body, trigger, and button colors to satisfy everyone, which is where Xbox’s Design Lab comes into play.

Launched last year and costing $20 more than a standard controller, this process allows for complete customization of the components from nearly twenty different colors — four of which have been added this year – and, for an additional cost, the choice of rubberized and metallic-shine elements for handles and triggers.  They’ll also throw an engraving on there for $10.

For That Player Running Low On Hard-Drive Space, Gift These. 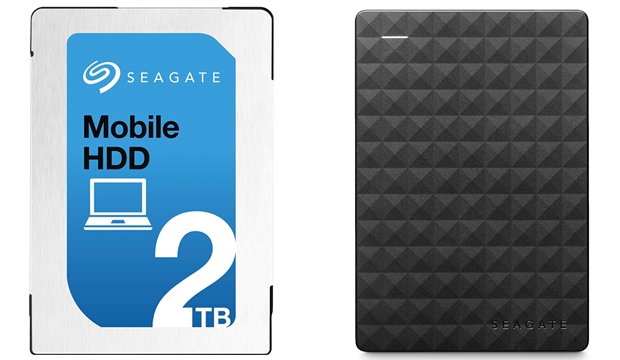 As consoles get more advanced, the games they run take up even more digital space with their installations, updates, and downloadable content. Base models of this generation’s consoles, capped at 500GB, can’t store very many games, which throws a conundrum at owners: should they upgrade their systems to newer ones with bigger hard-drives, or upgrade their storage solutions?

Thankfully, it’s a fairly easy problem to solve on both consoles, as the Xbox One supports external USB hard-drives and the PS4’s internal hard-drive can be swapped out. Seagate has affordable, compatible options for both, with each of their 2GB varieties priced at around $85.

For Online Players and Freebie/Deal Hunters, Gift These. 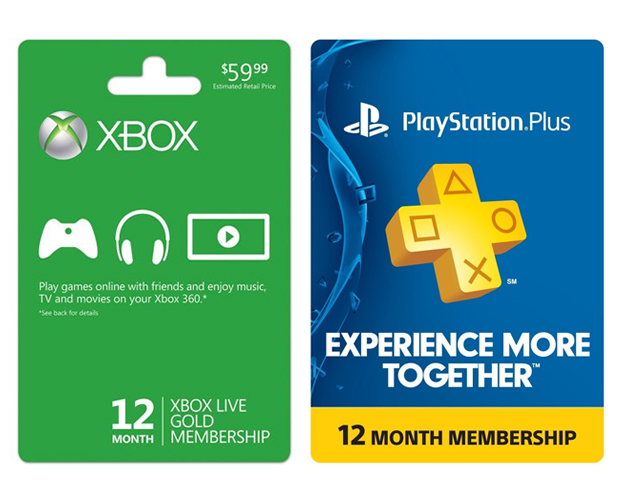 While the primary reason for purchasing subscriptions to either PlayStation Plus or Xbox Live used to boil down to having access to online gaming, both companies have taken strides over the past year to make their paid memberships really worth the monthly, quarterly, or yearly investments.

Weekly exclusive deals on a variety of digital games can be nice, of course, but how they’ve upped their value games can be found in the monthly free game offerings (regularly covered here at The Checkout), which range from quirky indies and day-one releases to the occasional high-profile title. And in the case for Xbox, their 360 offerings are routinely backwards compatible on the newer console, too, bringing Xbox One owners up to four available freebies per month.

For the Nostalgic Who Are REALLY Worth The Effort, Gift This. 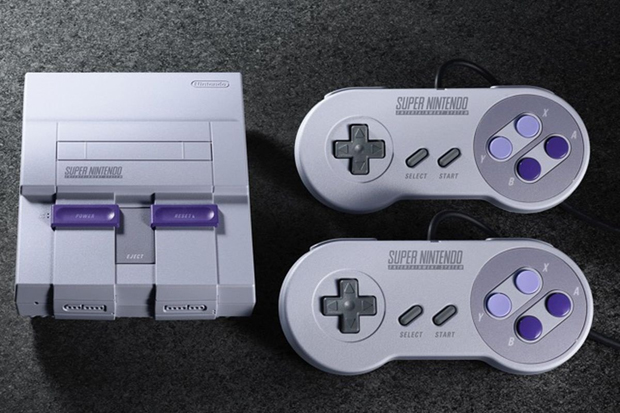 The Switch wasn’t the only Nintendo system in recent memory that was hard to come by; in fact, it’s tough to decide which one was more difficult to obtain. The NES Classic was included in last year’s gift guide, but that was written a few weeks before the novelty console’s launch, so the extreme scarcity of it wasn’t something that could really be predicted or discussed at that point.

This year, Nintendo’s at it again with the foreseeable Super NES Classic, an $80 experience in a box preloaded with over twenty classic games – A Link to the Past, Super Mario World, Star Fox and its previously cancelled sequel, etc. – in a shrunken chassis designed to look like the original SNES. And, also foreseeable, it’s not easy to obtain … but it does seem easier to find than last year’s fiasco, which has kept after-market prices manageable.