Jealous of the shopping options of fictional characters? We can relate. After all, if we could shop Amazon for the magical items that turn normal people into heroes, we wouldn’t need to watch movies, would we? But while we can’t buy a car with funny doors that travels through time, we can buy Marty McFly’s color-changing hat.

So for anyone who’s ever been in a theater or on a couch and let out a sigh because of the limited options of their hometown mall… We present these movie replicas you actually can buy: 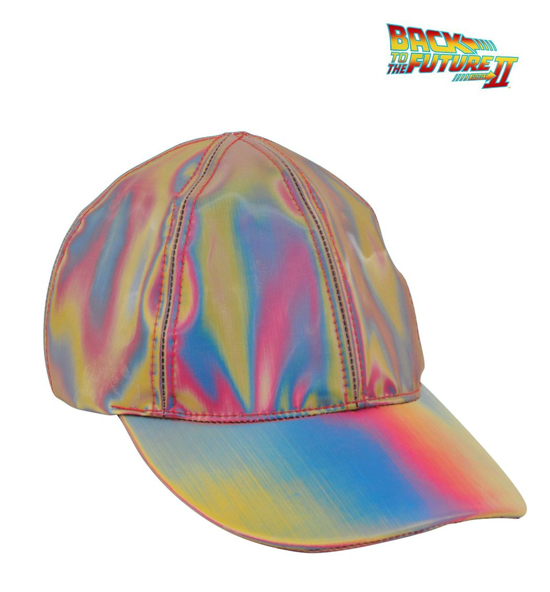 2015 is almost here, and you’re going to need something to wear when you take your hover-board to the hologram theater. The 80s perspective of the 2010s are pretty… 80s. But at least this hat still looks like its from the future. Made from a mysterious futuristic material known as “plastic,” this hat really changes color from different angles.

Chalice of Kali (Indiana Jones and the Temple of Doom)

There’s only one cup that really brings out the full flavor of the Blood of Kali Ma, and that’s this Chalice of Kali (the Blood of Kali Ma really has to breath for a few minutes for the best taste). For discerning dinner guest like Indiana Jones, you may need to “persuade” them into drinking from this in the Thuggee fashion: holding their head down and their mouth open.

View the Chalice of Kali at Amazon 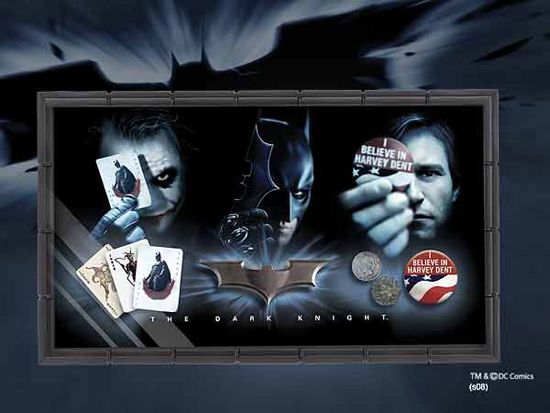 Playing cards, coins, a pin, and a deadly weapon. What more could a Bat-fan want? This Warner Bros. official prop set comes with three Joker cards (one in a creepy classic style, one in a creepy weird style, and one with Batman… which we don’t remember from the movie…), two replica Harvey Dent coins, a Harvey Dent pin, and a small Batarang we’re guessing could really work as a weapon if you threw it hard enough (please don’t).

The Time Turner (Harry Potter and the Prisoner of Azkaban) 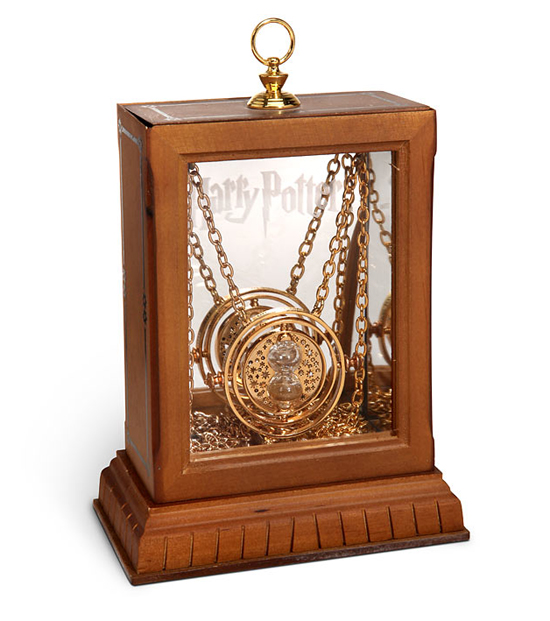 Hermione was entrusted with the Time Turner so she could study twice as much and help her friend fight the forces of evil. We’d probably just use it to get twice as drunk for cheap by redoing Happy Hour. 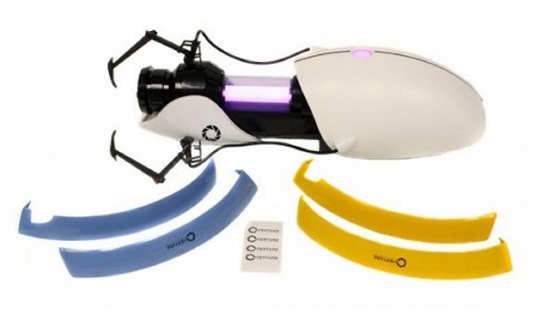 While not a movie replica, we just couldn’t resist. The Aperture Science Handheld Portal Device is supposed to create a pair of portals that lets the user teleport… although ours seems to be broken. At least it still looks cool. And this kits lets you customize its look with 4 Aperture Laboratory Decals and the capability to switch between 4 different colors on the LED light – plus Sound Effects from the game when you pull the trigger!

View the ASHPD on Amazon

Sting (The Hobbit and Lord of the Rings trilogies)

There’s no better craftsmanship than Elven craftsmanship. This replica of the “epic” dagger has been in the Baggins family for years, used by both Bilbo and Frodo. Unfortunately it does not glow blue when orcs are near… then again, maybe it does, but we just never encountered any orcs in our day-to-day lives. 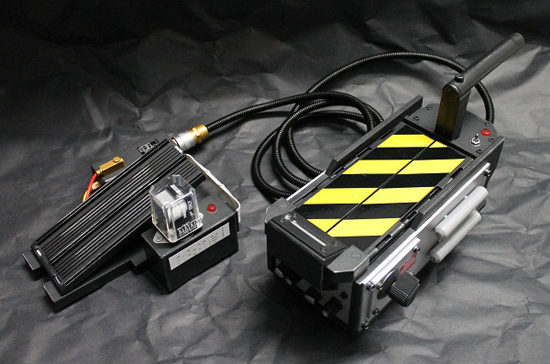 Who has seen Ghostbusters and didn’t want each and every toy they used! Well, at least now we can tick off one of our childhood fantasies. This replica rolls and opens with a pedal switch, plus has “spooky” sound effects and lights. Even though it claims to be authentic, we’re not sure owning it would make us feel any safer in the event of a real ghost attack.

View the Ghost Trap at Amazon