Well, we haven’t turned the car around and driven home yet (despite threatening it a few times), so I’m calling this trip a major win so far!

The last couple days have been spent time in Capitol Reef National Park in Utah, and Las Vegas. One was beautifully remote, the other was basically the opposite, but both were a lot of fun.

I have never been to Utah before, and the drive into the area we were staying was one of the most interesting 5-6 hours of my life. It seemed like with every turn the scenery completely changed. By the time we got into the national park, it was so cool I was definitely definitely doing that “KIDS LOOK OUT THE WINDOW HOW DO YOU NOT THINK THIS IS AS AMAZING AS I DO” thing that my own parents used to do on vacation. I get it now, Mom. It’s really awesome! 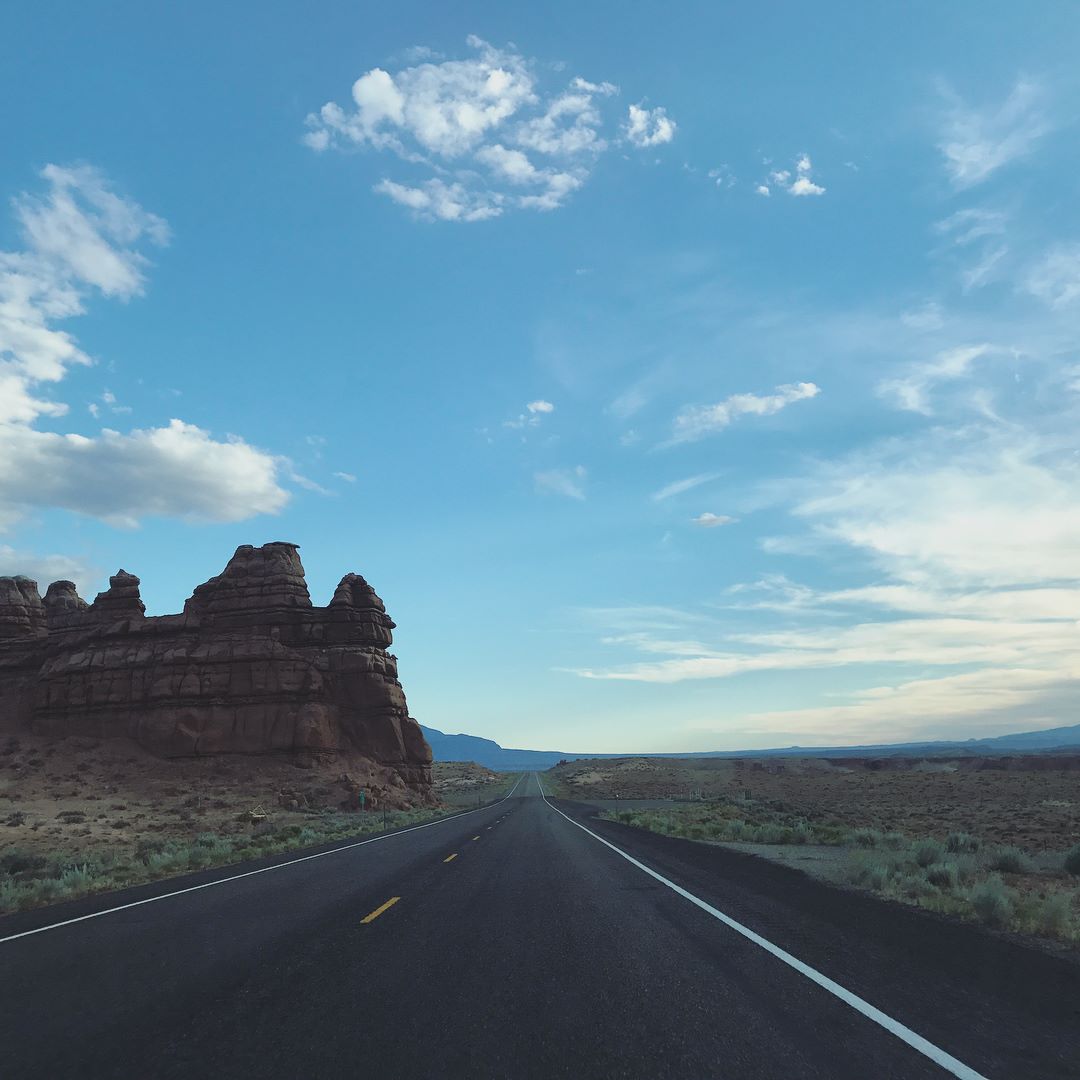 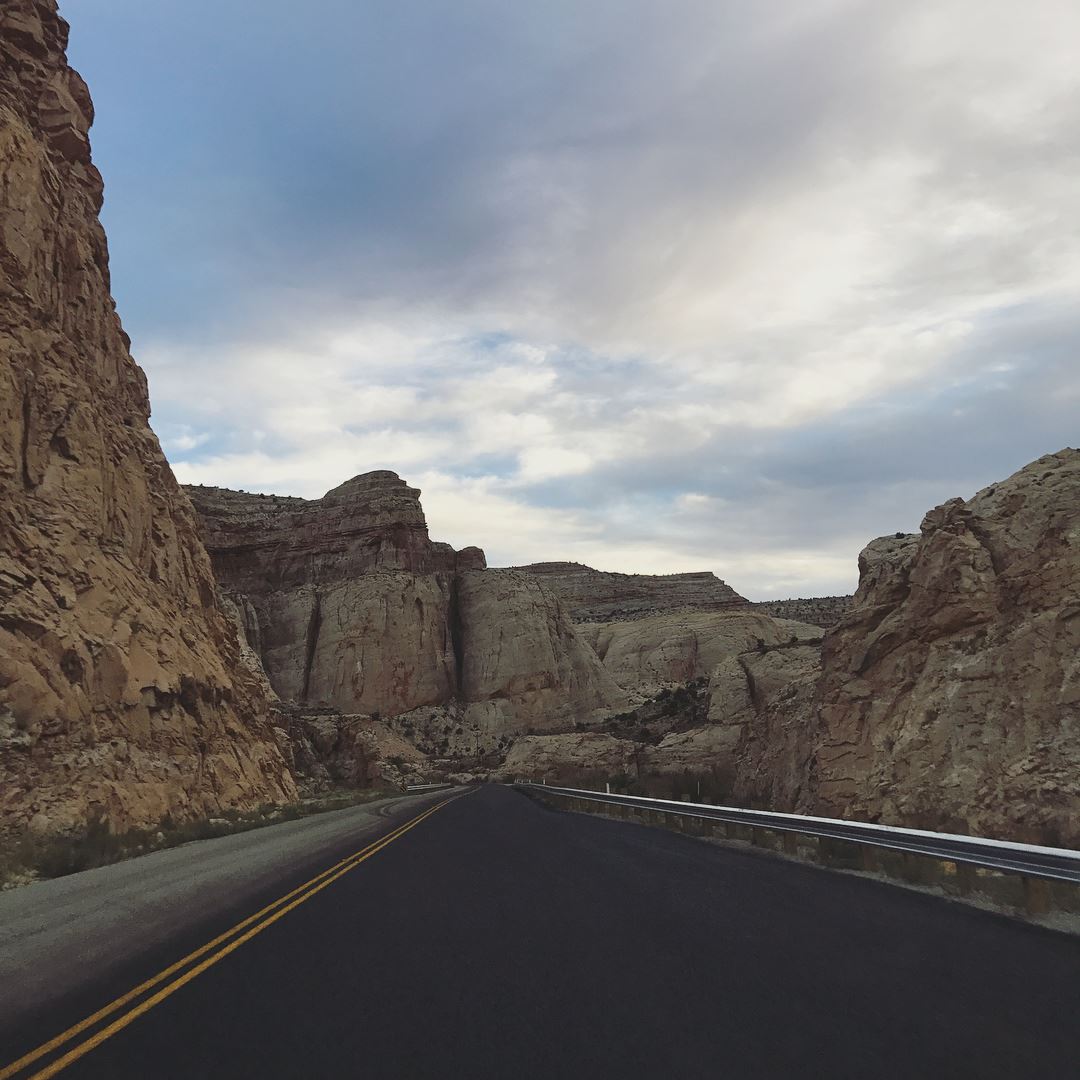 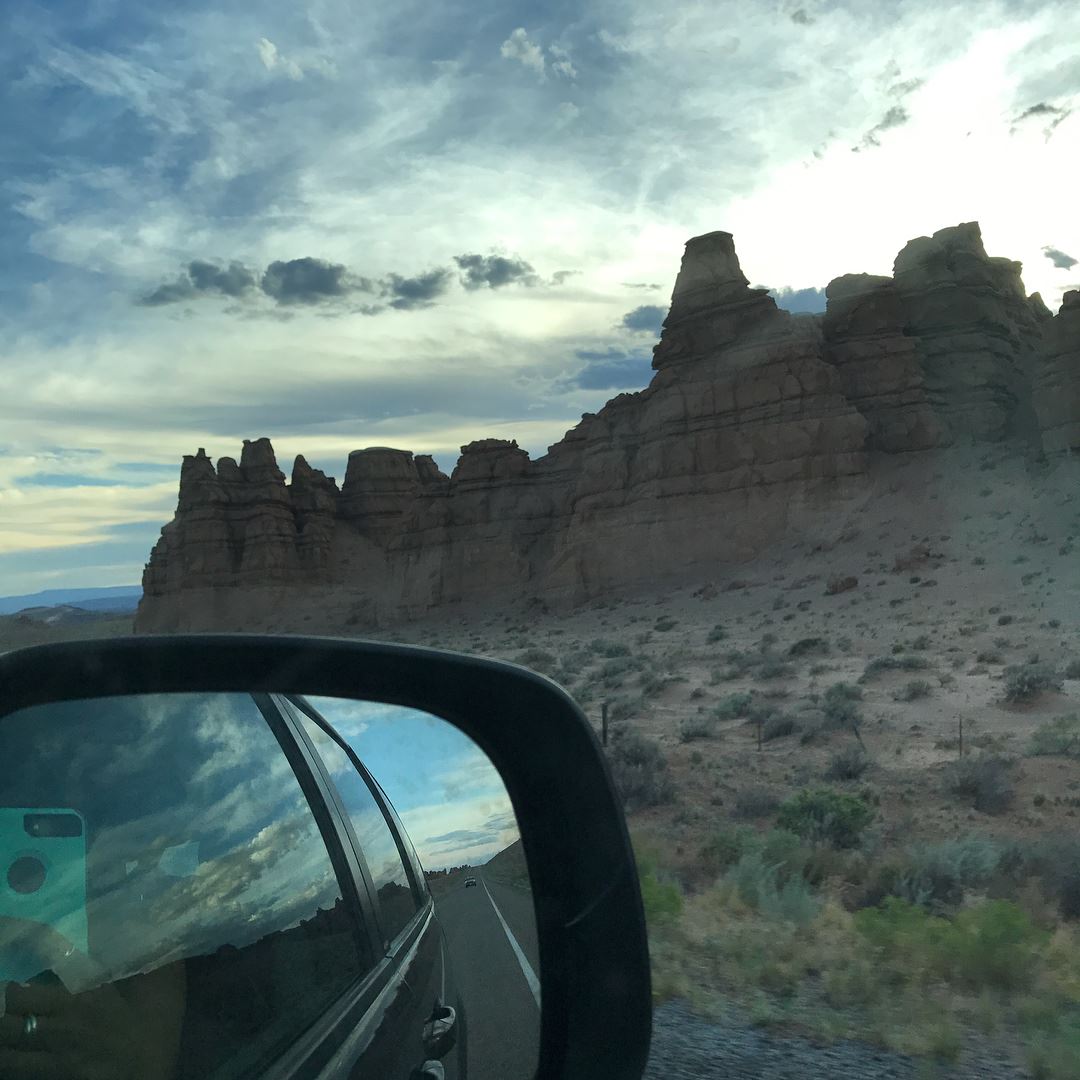 We were lucky enough to get to stay at a friends’ beautiful family cabin about 15 minutes from the national park. We spent a day hiking with the kids, and it went really well. A lot of the hikes were pretty short, and while they took you up to some amazing views, they were totally doable with young children. The great thing about national parks is that they make it super easy to explore an area (safely!). All the foot paths are marked and you can just park your car right at the beginning and take off. 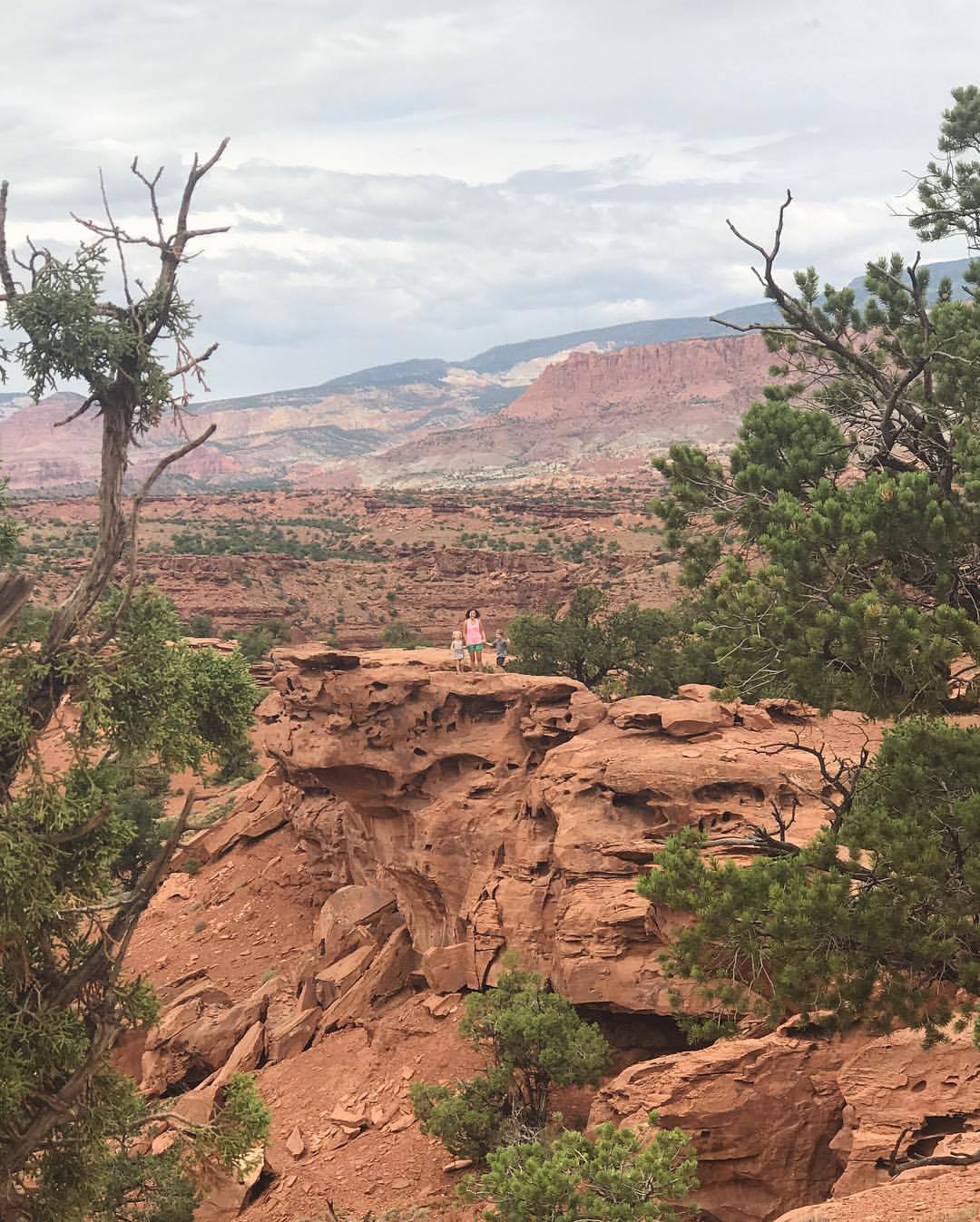 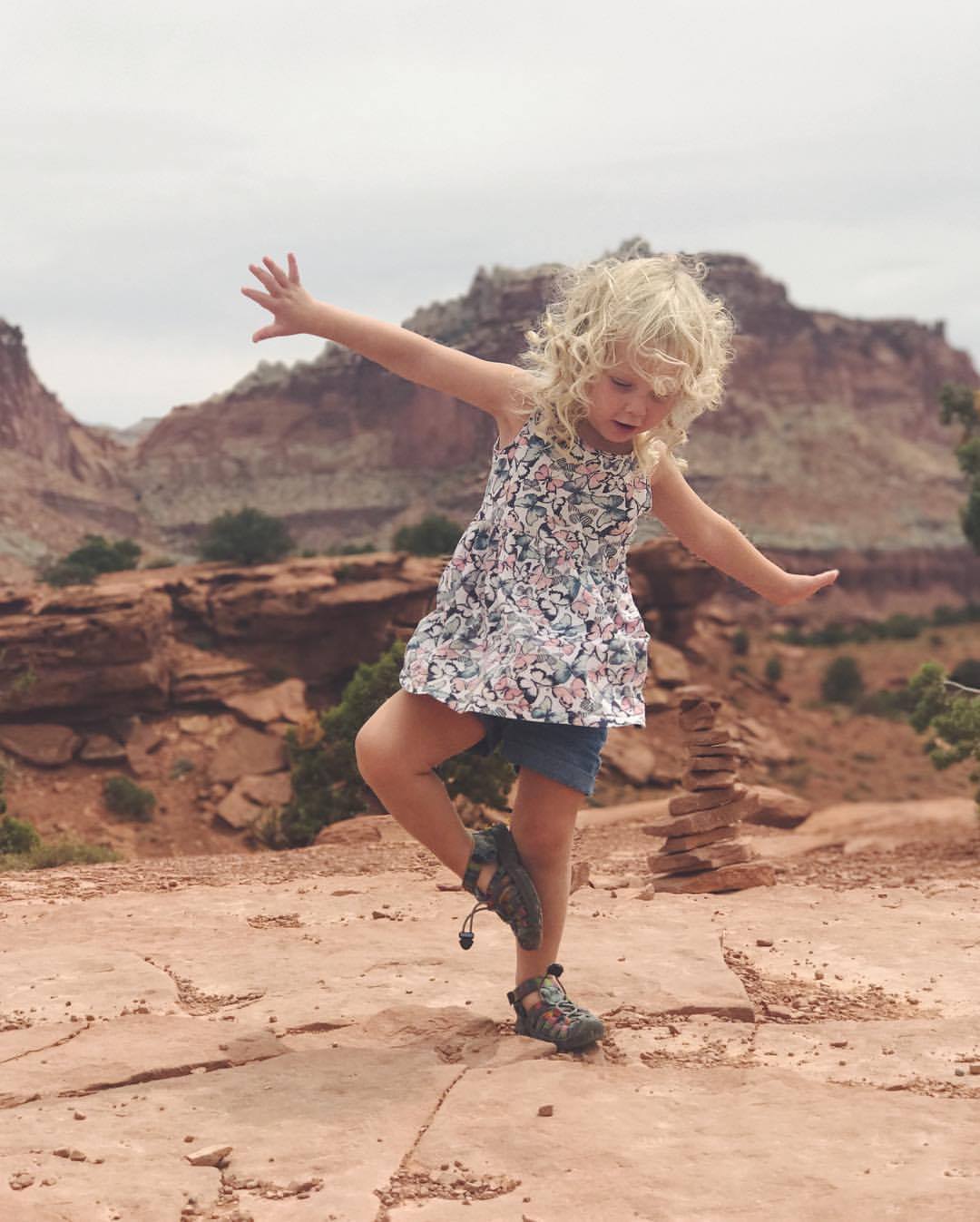 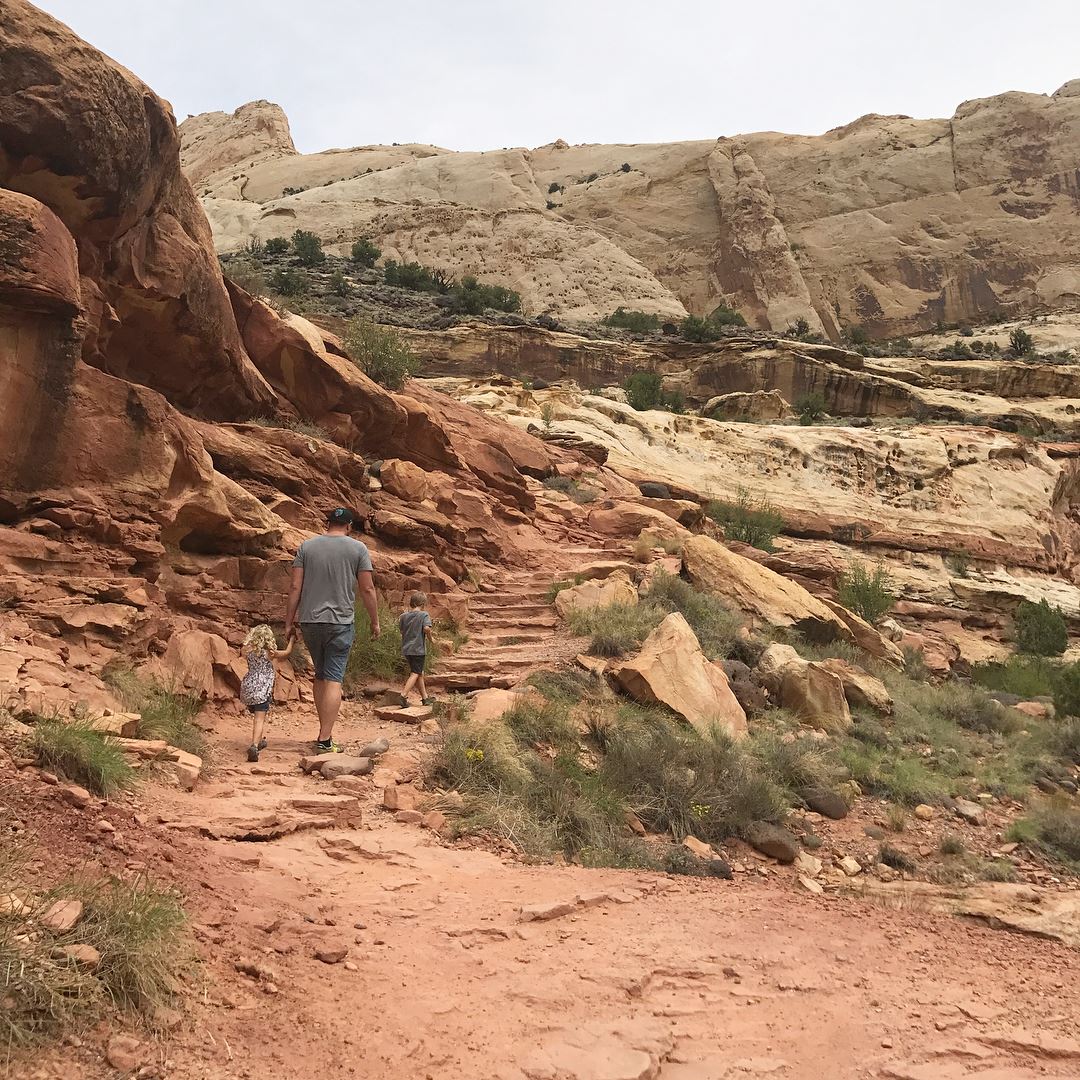 If you ever find yourself in at Capitol Reef, there’s a really cute place within the park called Gifford Homestead that has ice cream for $1 (seriously, what can you buy for $1 these days?). The pie was awesome too!

After Utah, we hit the road again. The drive from Utah to Las Vegas was another beautiful one, but the first half of it put a major kink in my working from the road plan. I had no idea there was so much remote “dead” space in the area!At one point, we literally had to stop and wait for a cow to cross the road, so yeah, I had no service at all on either of my devices. If/when we do a trip like this again, I’ll have to be better about looking ahead to see how much “stuff” is around the routes we’re taking, and plan on being without WiFi when it looks remote. 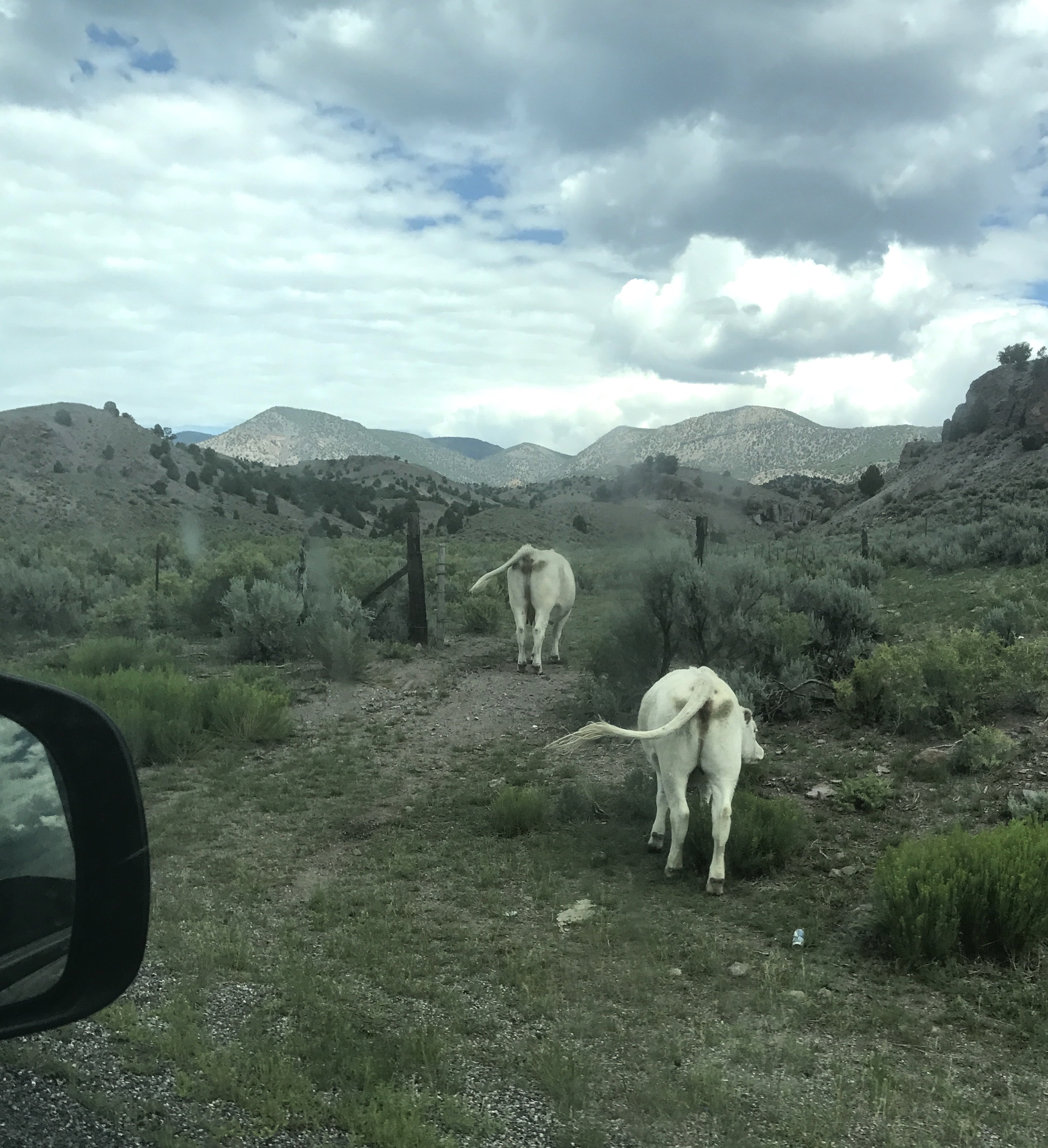 Once we got back on the interstate, it was a pretty fast drive to Las Vegas. I’ve been to Vegas a few times, pre-kids, and distinctly remember saying “this would be the last place I’d ever want to bring my kids!” Well, I still don’t think I’d ever choose to do a full Vegas vacation with the kids, but 20 hours there was about perfect. We actually had a lot more fun than I thought we would. 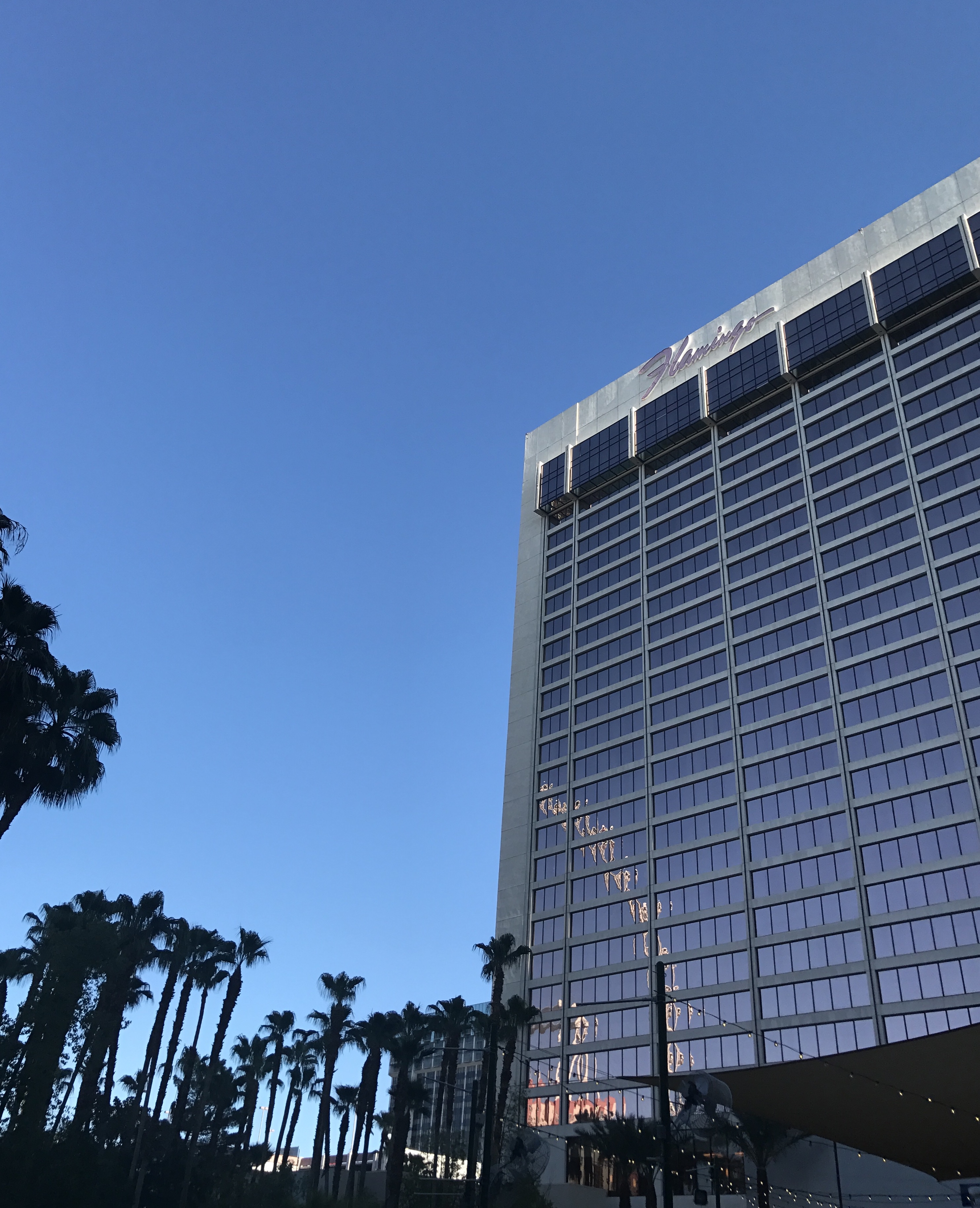 The nice thing about Vegas is it’s ridiculously cheap to stay there. Makes sense if you think about it–the hotels want you to gamble in their casinos! We ended up going real cheap and staying at the Flamingo. It was like $35 for a room and it’s right on the strip, next to all the nicer casinos like Caesar’s Palace, Bellagio, etc. One thing to note, is that the pools in Vegas all close at 5PM (except for Planet Hollywood, which is apparently open until 8). So we checked in around 4:30, got our swimsuits on and headed down to the pool with two very excited kids, annnnd, it was closing. We got to use it in the morning, but still would have been nice to know! 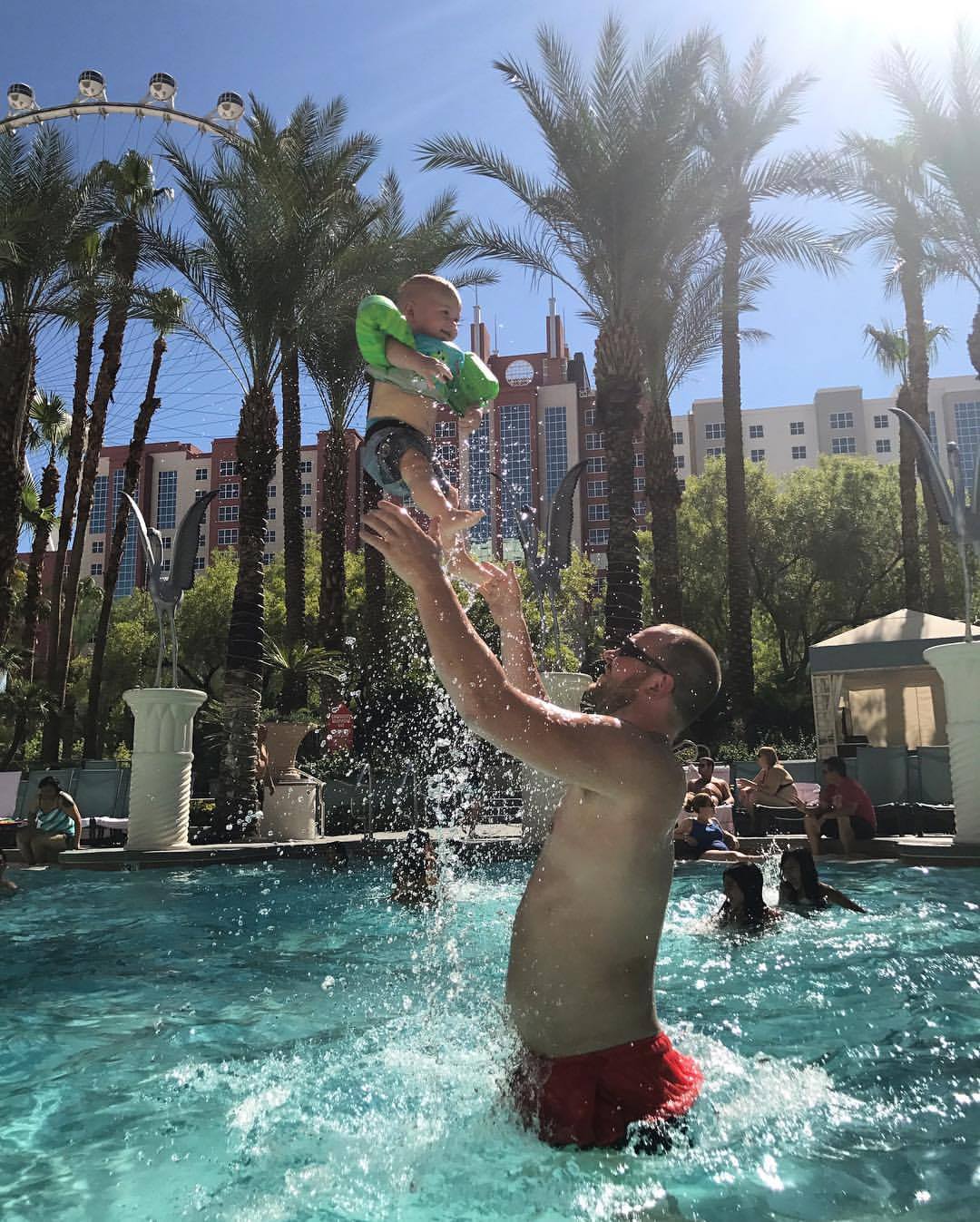 We originally thought we’d do a buffet for dinner, but the thought of spending $75 to sit down and keep our antsy kids from kicking each other under the table for an hour or two didn’t sound so appealing. So we ended up just walking around the strip and getting food to share as we walked. We got some amazing fish and chips at Gordon Ramsey’s super creatively named Gordon Ramsey Fish & Chips ($15, and the portion was huge!), steamed pork buns at Momofuku (a place we’ve been wanting to check out forever after reading the cookbook), cookies and ice cream at Milk Bar (the cereal milk soft serve was ridiculously good), and of course a cheeseburger at In & Out.

If you’ve ever been to Vegas you know there are a million places to stop and get a drink, too, but it’s just as easy (and a lot cheaper) to pop into one of the many convenience stores located inside the casinos or along the strip, and buy single beers. They have good craft beer in the fridges and it was only like $3-$4 (vs about double or more if you buy one from a bar). The bottle of Gatorade we bought for the kids to split was actually more expensive than the beer! 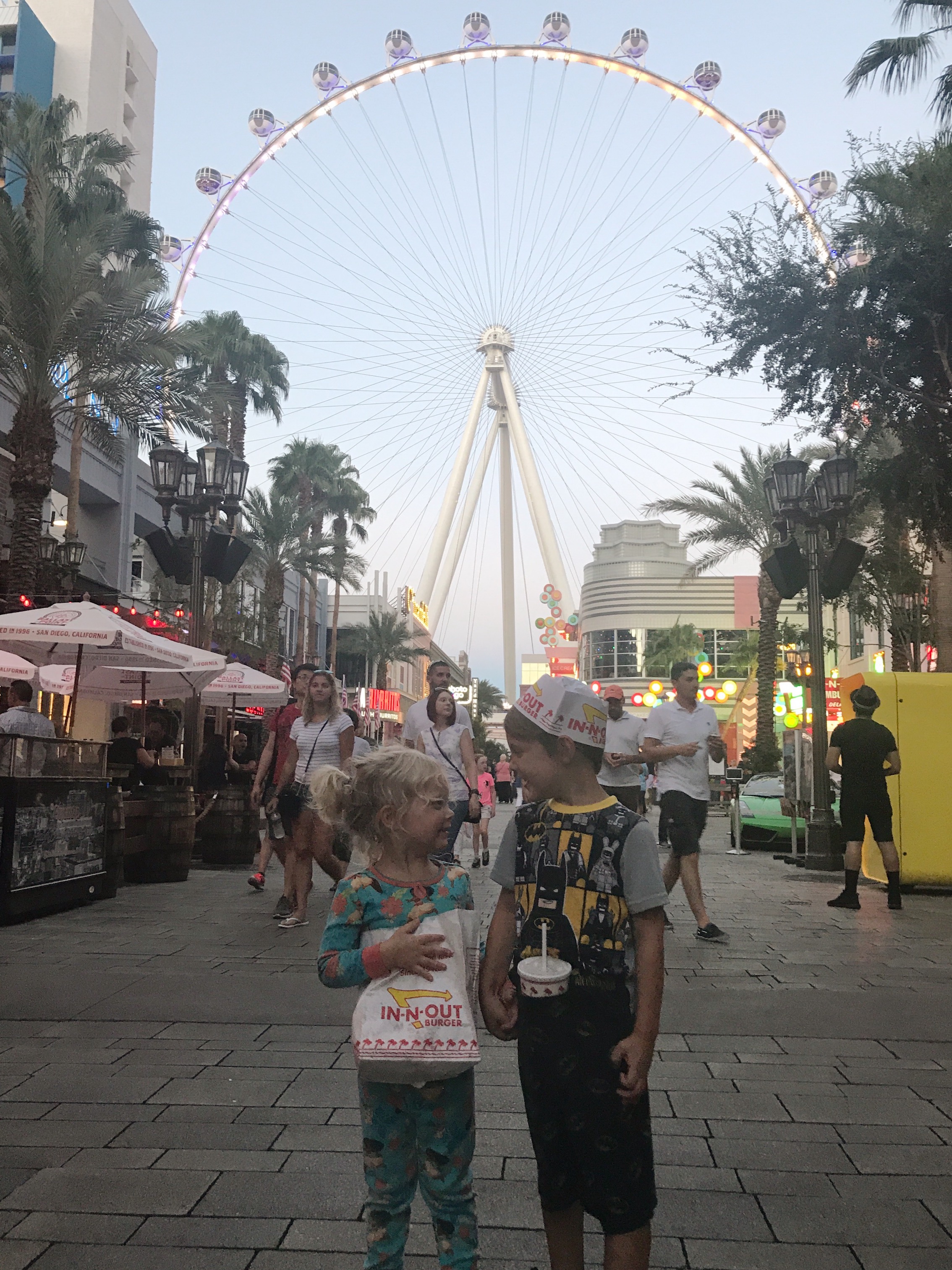 We didn’t go to any shows or anything, but the fountain at Bellagio, the M&Ms Store, the mini Eiffel Tower, and just wandering around the fancy casinos, provided more than enough entertainment for the night. 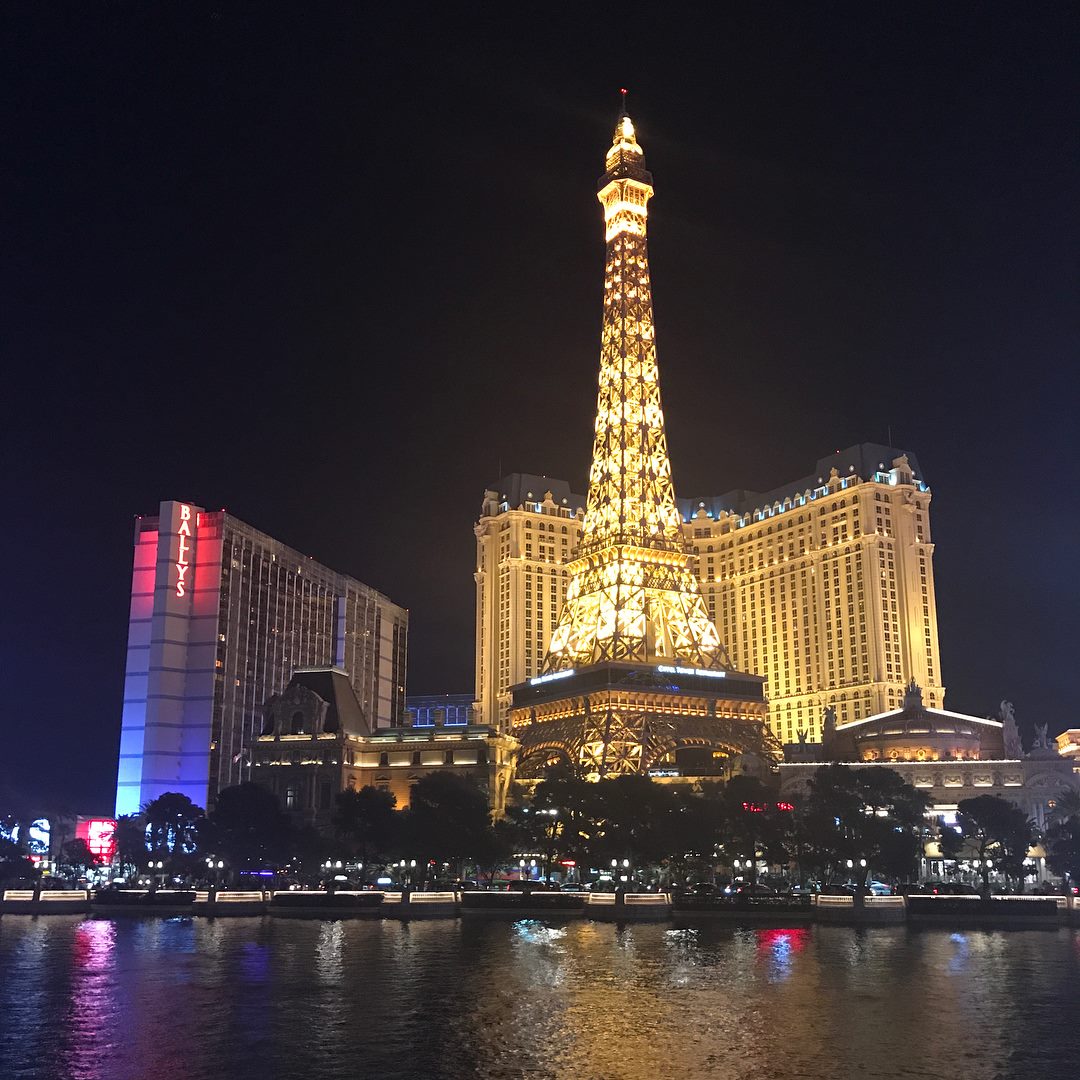 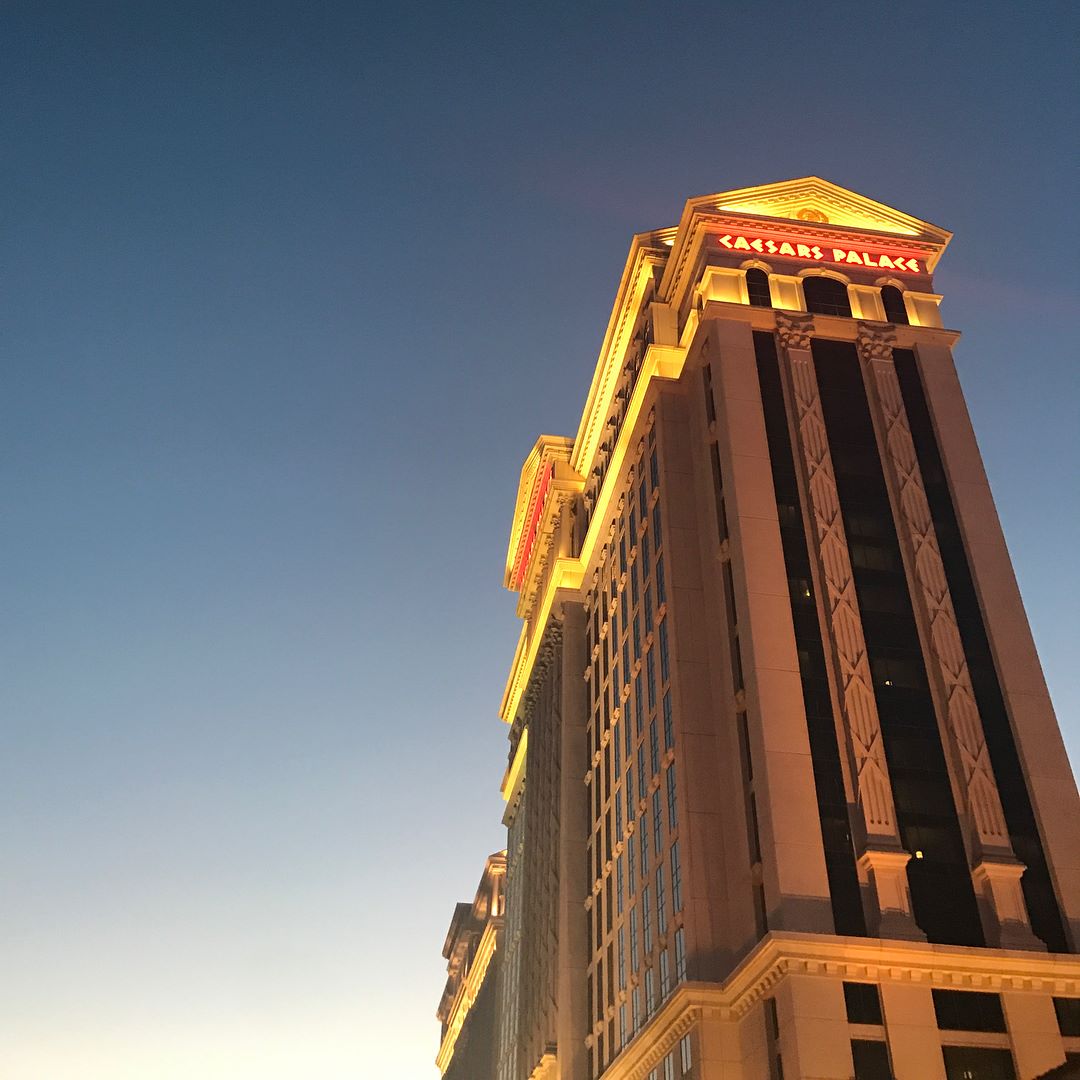 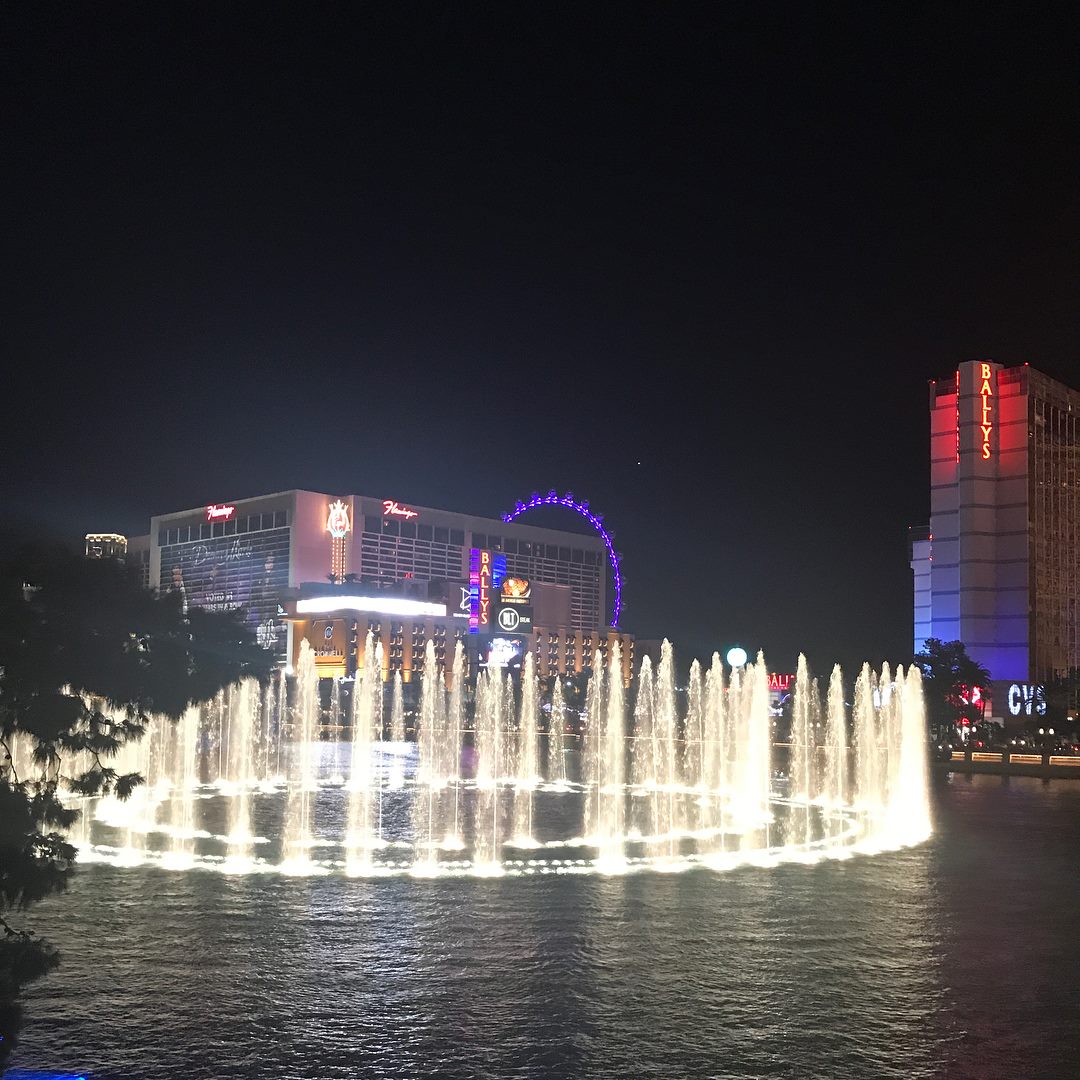 While I’m not organized enough to be keeping track of exactly how much money we’ve spent on this trip so far, I’m feeling really good about where we’re at. Turns out you really don’t have to spend a ton of money to have an amazing vacation. Lots of memories being made. And we’re not even halfway done!

Tonight we finally get into California, another state I’ve never been to. I can’t wait to see what adventures await us on the West Coast!

PS. This is my time not bringing any camera, other than my iPhone, on a trip. With so much stuff to drag around, I just didn’t want to add my heavy DSLR to the mix. So far I don’t regret the decision at all!