After two weeks, 13 states, and a blur of fun, we’re about five hours from home again! The drive through the southwest–Arizona, New Mexico, Texas, Oklahoma, wasn’t as exciting as the drive down to California, but it was still pretty cool to experience yet another part of the country I have never been to before.

First up, Albuquerque. We didn’t spend a lot of time there, but it felt very…Breaking Bad. Our hotel ended up being kind of a dump, and didn’t feel like it was in the greatest part of town, so we decided to drive to one of the many local breweries in the area. When all else fails, grab a beer, right? 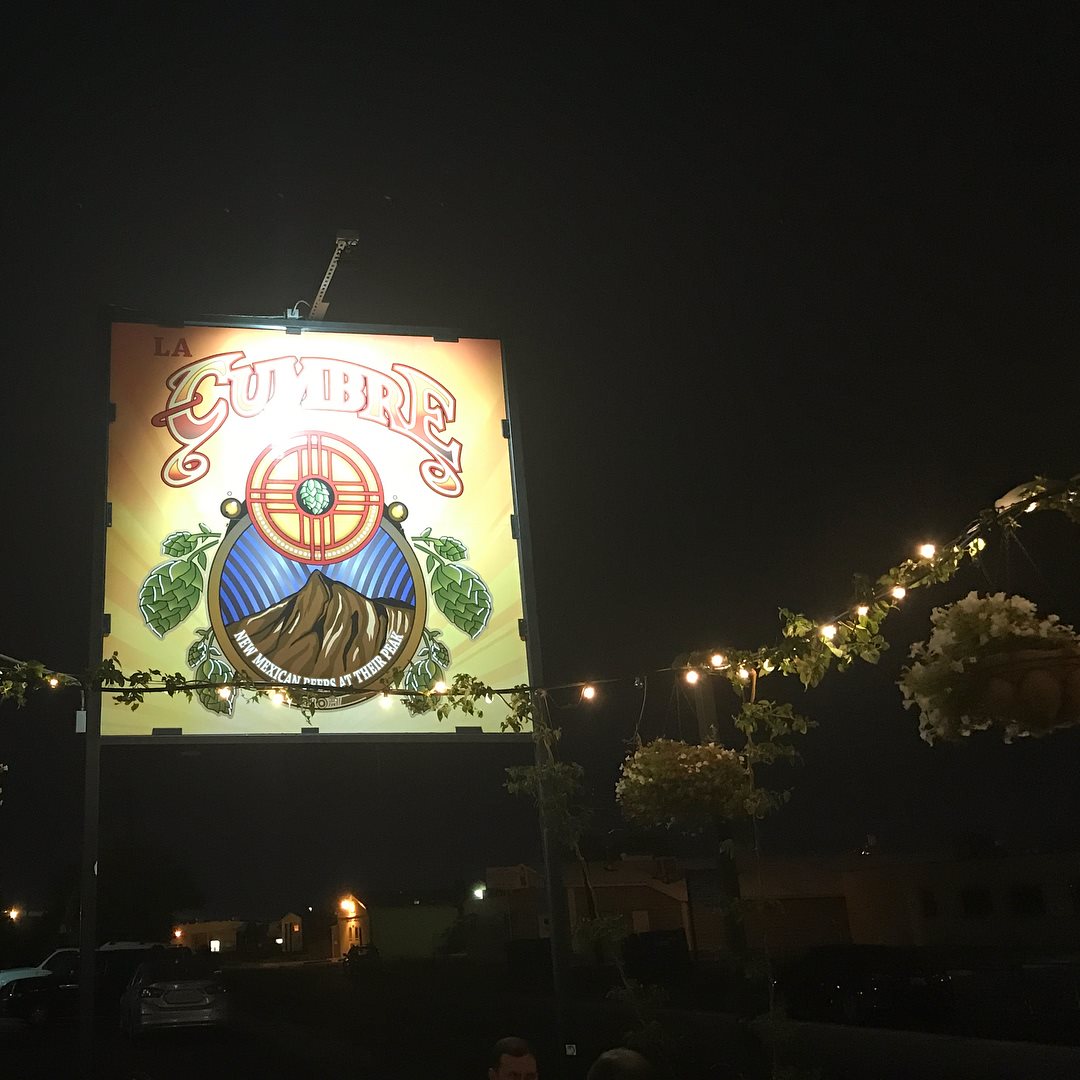 These smaller breweries are kind of hit or miss in my opinion, but La Cumbre was great. If you ever find yourself there, the Elevated IPA is excellent!

The next day we made the long, kind of boring drive through the rest of New Mexico and into Amarillo, TX, where we had to stop at Cadillac Ranch. 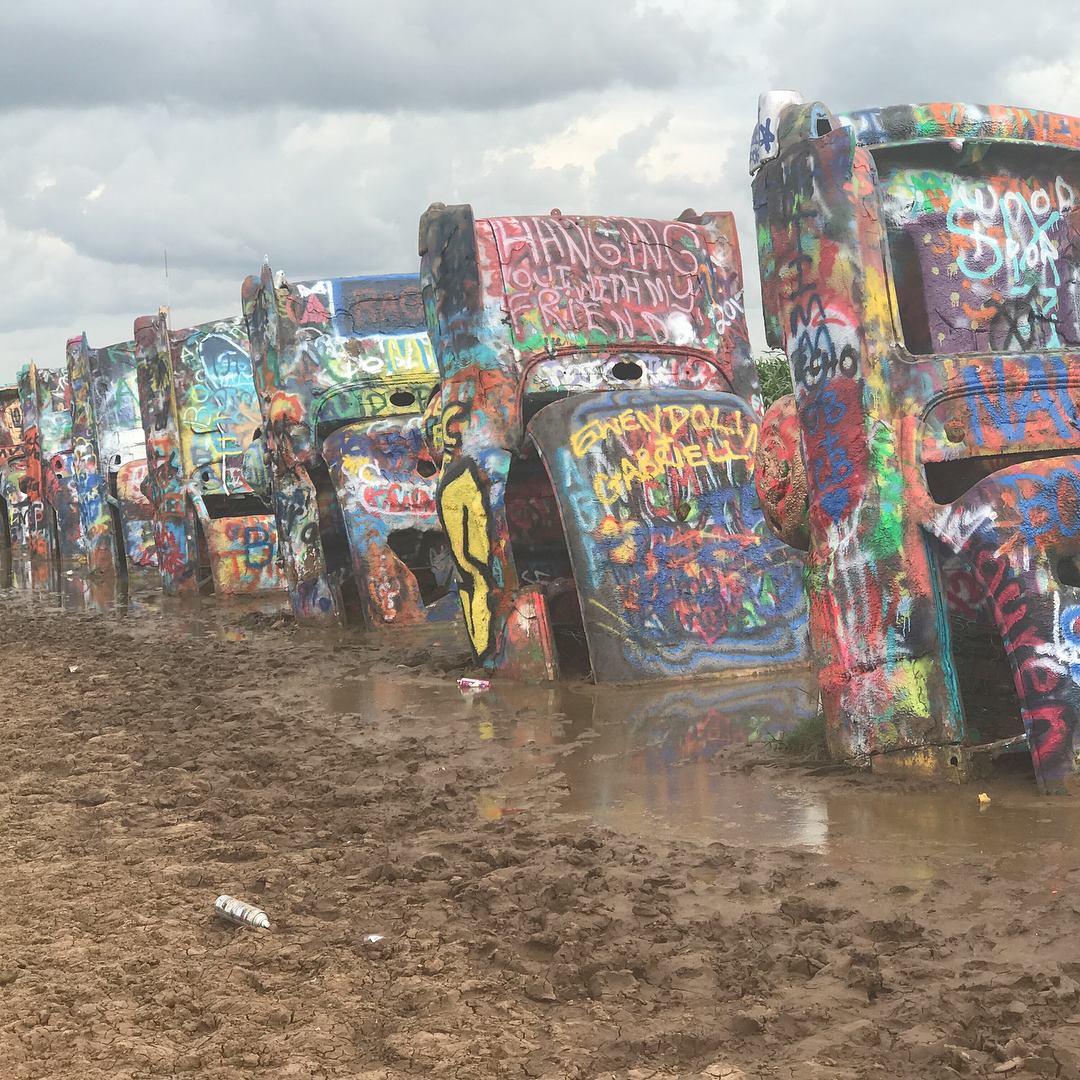 Yes, Cadillac Ranch is literally a bunch of old cars sticking of the dirt in a cornfield off the side of the interstate. We bought some spray paint from a guy at the entrance selling it out of his car, and got to be graffiti artists for about 15 minutes. 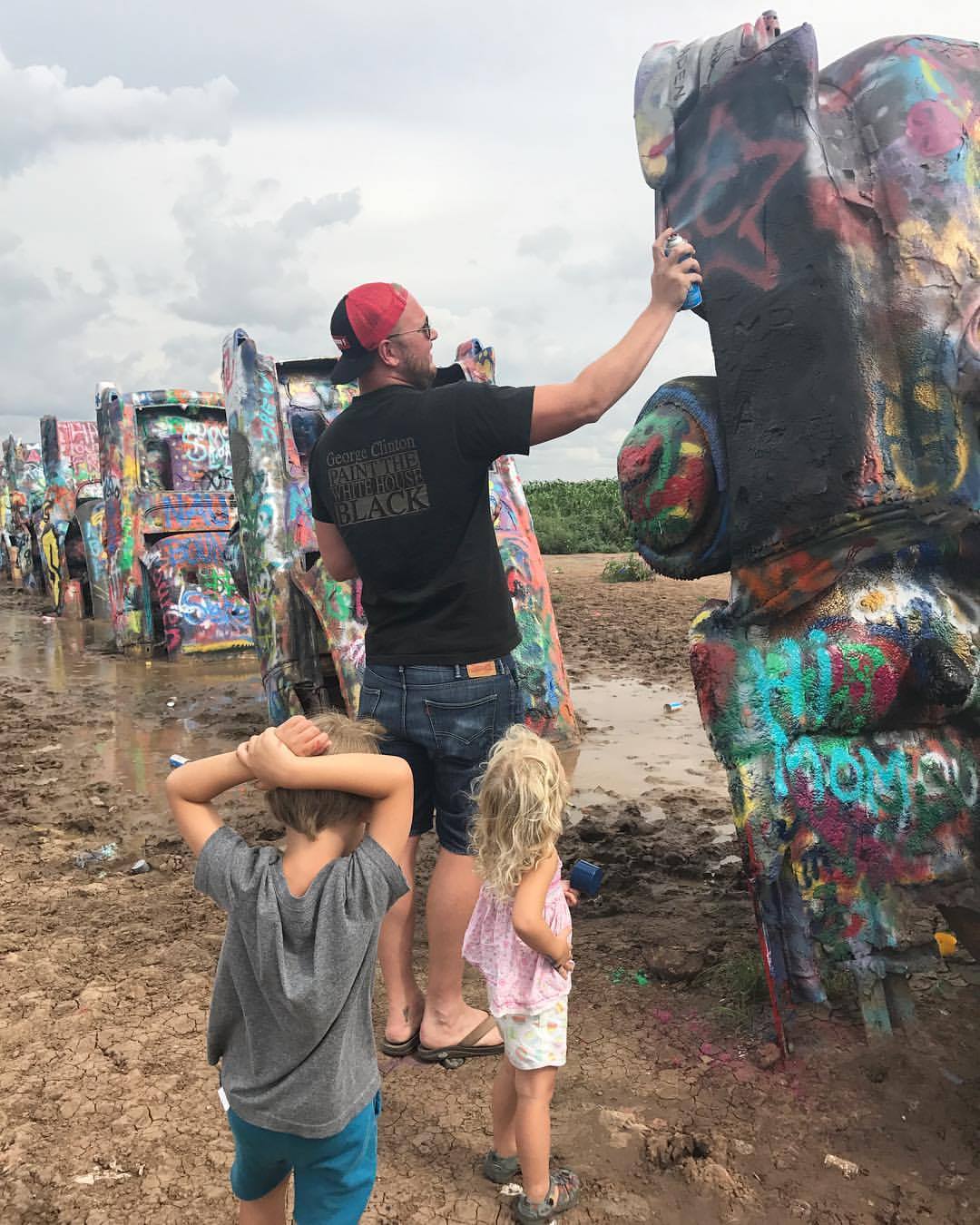 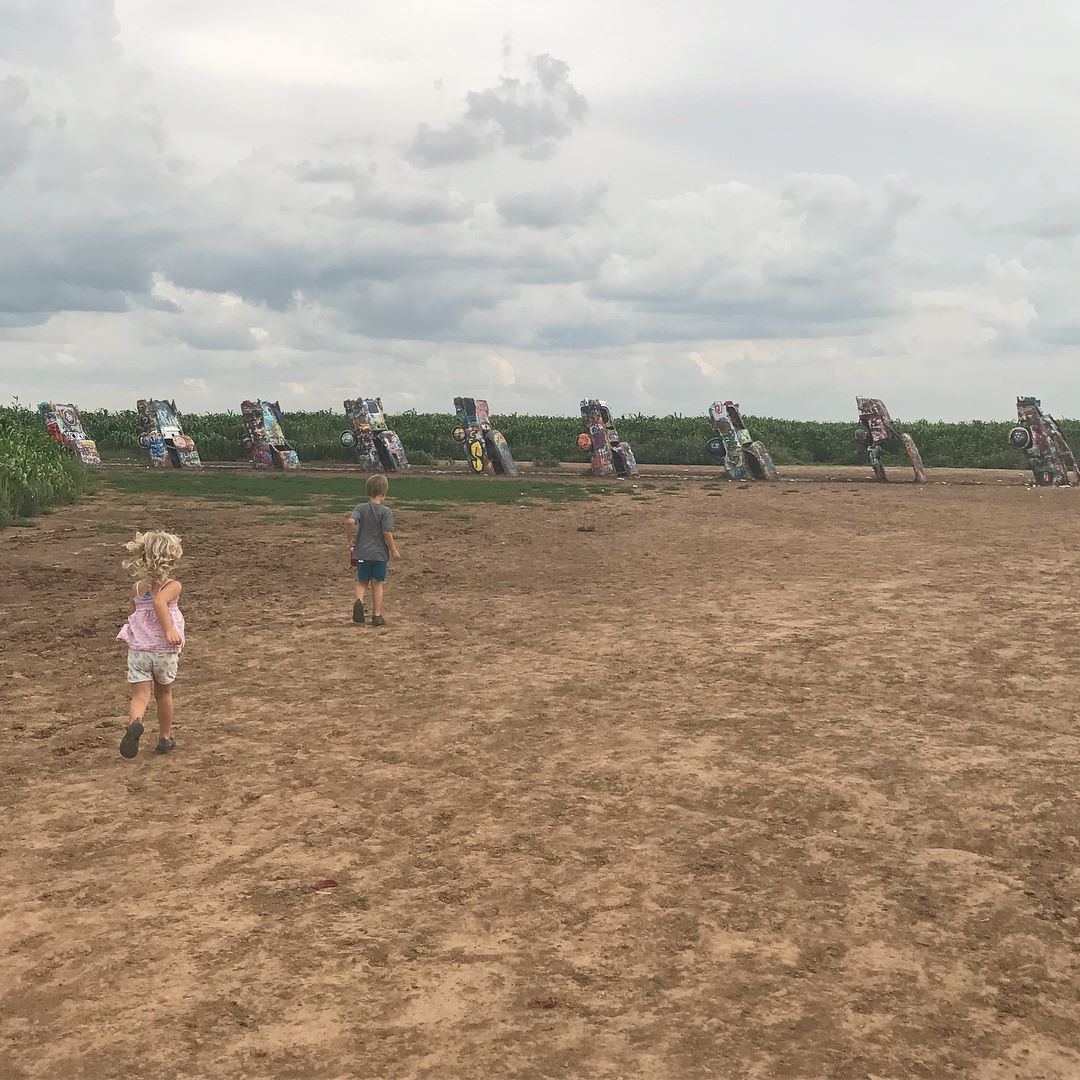 That night we made it to middle of nowhere, Oklahoma, then drove to Kansas City the next day. My husband heard about this popular Kansas City BBQ joint on one of his cooking shows (PBS’ The Mind of a Chef), and we had to stop for dinner. 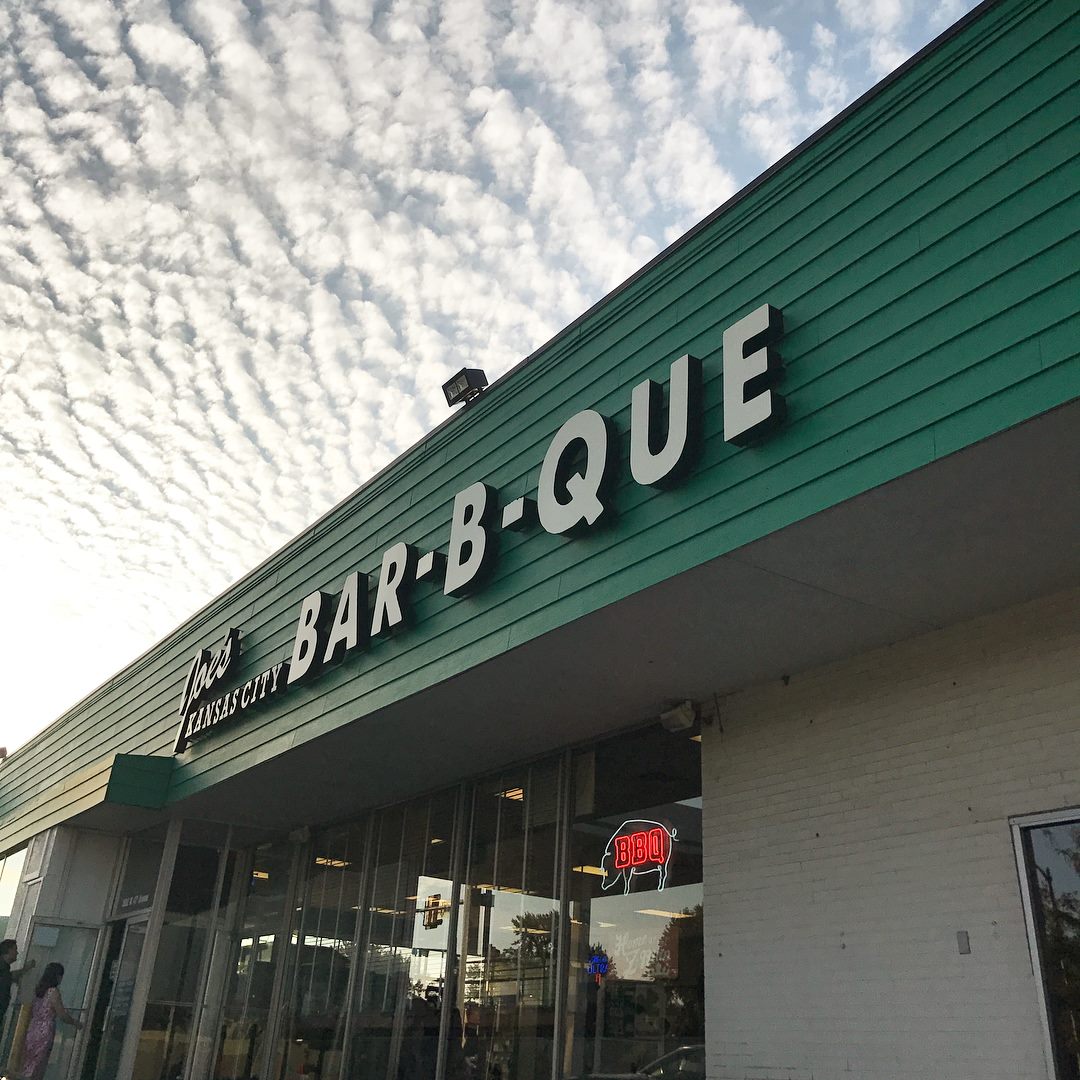 Joe’s is inside a gas station, but the line was out the door! They were sadly sold out of the “burnt ends” we were hoping to try (apparently, it’s some kind of Kansas City specialty), but the food we did get was delicious! 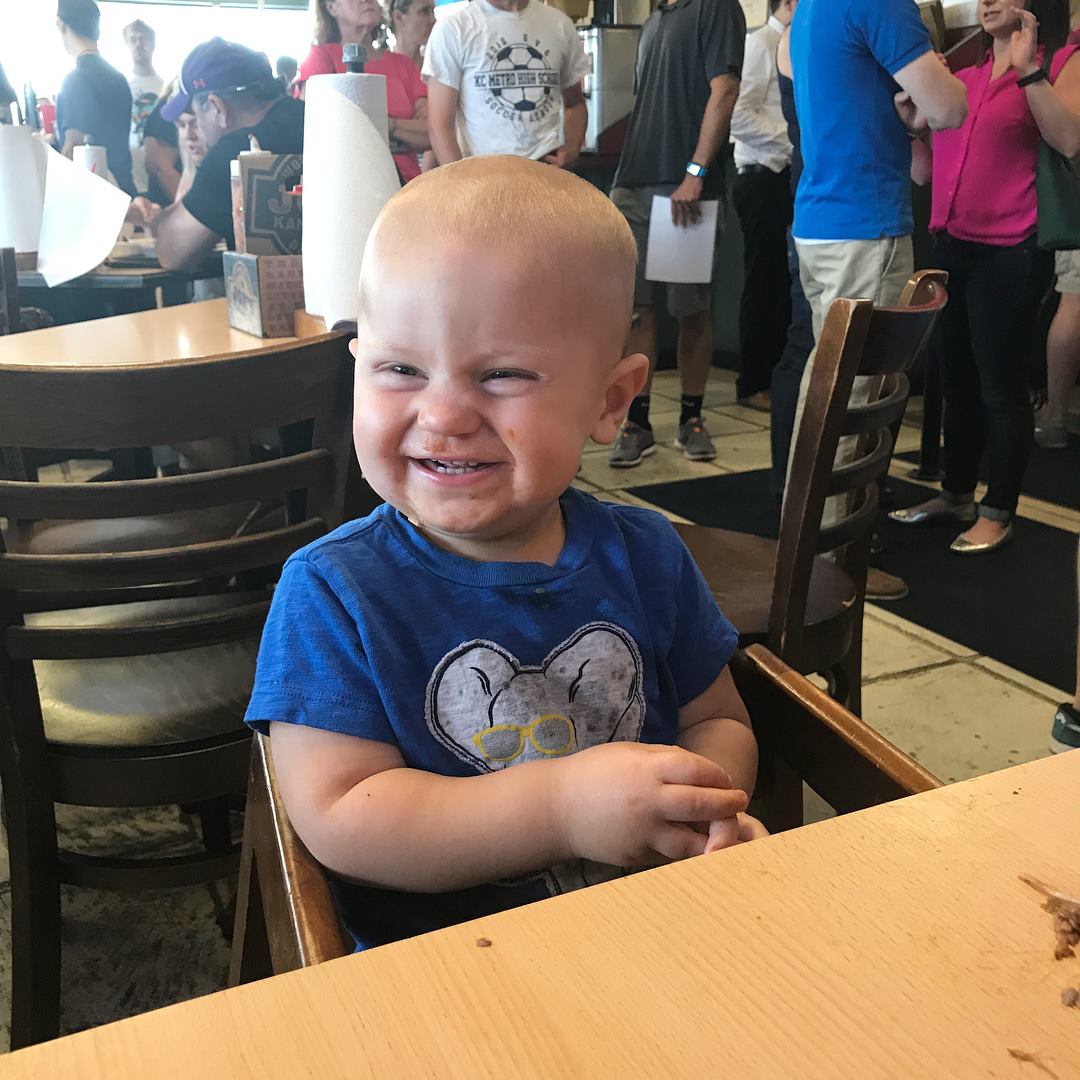 Now that our trip is almost over, I can share more about what has worked well, and what we’ll try to change the next time we hit the road.

1. My remote work setup. Amazingly, I was able to work most of my normal hours for Ben’s during the two weeks we were on our trip! I took one Friday off, and cut back on some of my evening hours, but for the most part I was able to stick to my usual schedule. The only spot where I couldn’t get any WiFi signal was about a 3 hour stretch between Utah and Las Vegas. There were other areas where I’d lose service for a few minutes at a time, but for the most part, I was able to stay connected really well using my Verizon hotspot.

2. Last minute hotels. We originally thought we’d save money and camp for some of the nights on our trip, but it ended up being easier (and really not much more money), to just do Priceline Express deals. Campsites seemed to cost close to the same as cheap hotels, and because we made sure we always stayed somewhere with free breakfast , we never had to worry about finding food in the mornings. Also, having a pool meant “free” entertainment for the kids; we’d let them swim in the morning so they were nice and tired for the upcoming car ride!

I definitely recommend using the Priceline App for finding hotels from the road. One really helpful feature is that you can pull up a map using your current location, and see the prices for hotels in the area. There were lots of instances where we’d look up a city we were close to, then look another 20 minutes or so up the map, and the second area would have much lower average prices. 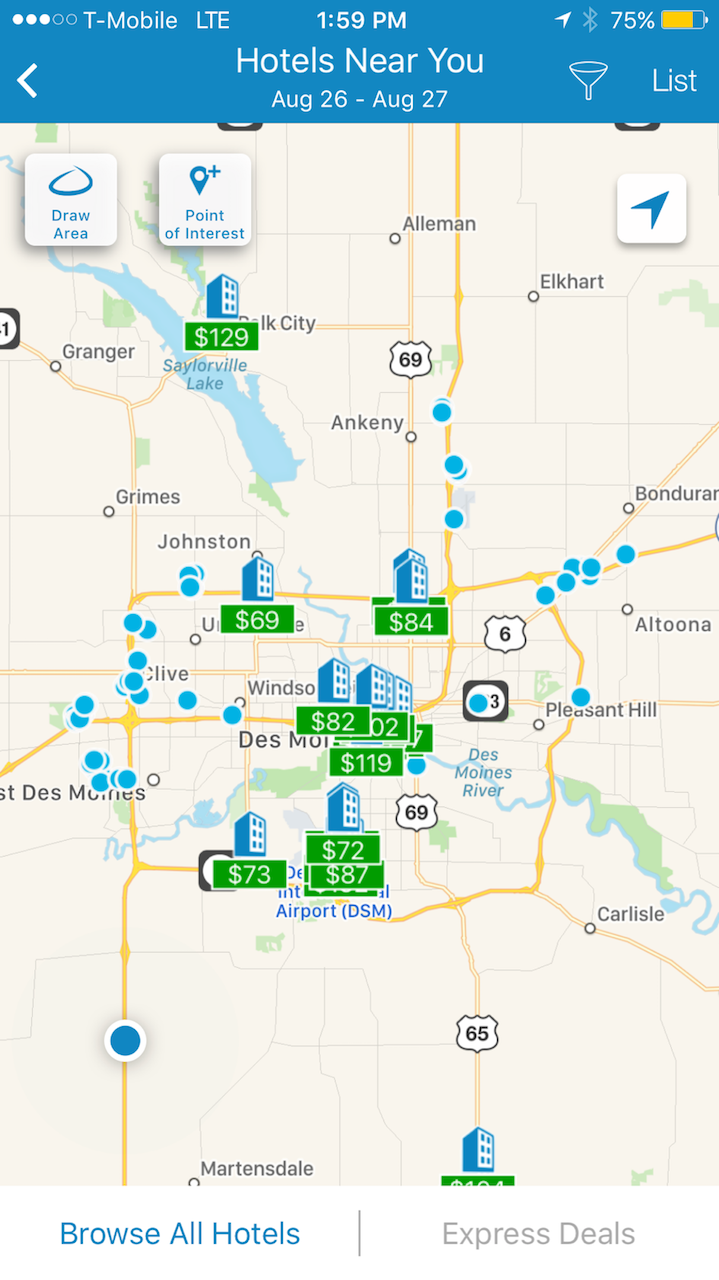 They also make it really easy to filter by amenities. We always wanted a pool, free WiFi, and free hot breakfast. Outside of that, we didn’t really care, so we’d just pick the cheapest Express option (where you don’t get the name of the hotel until you confirm your reservation). I think the cheapest hotel we stayed at was $35, and the most expensive was $70. You’d be surprised at how many decent hotels you can find along the freeway for under $50 a night (including breakfast!). 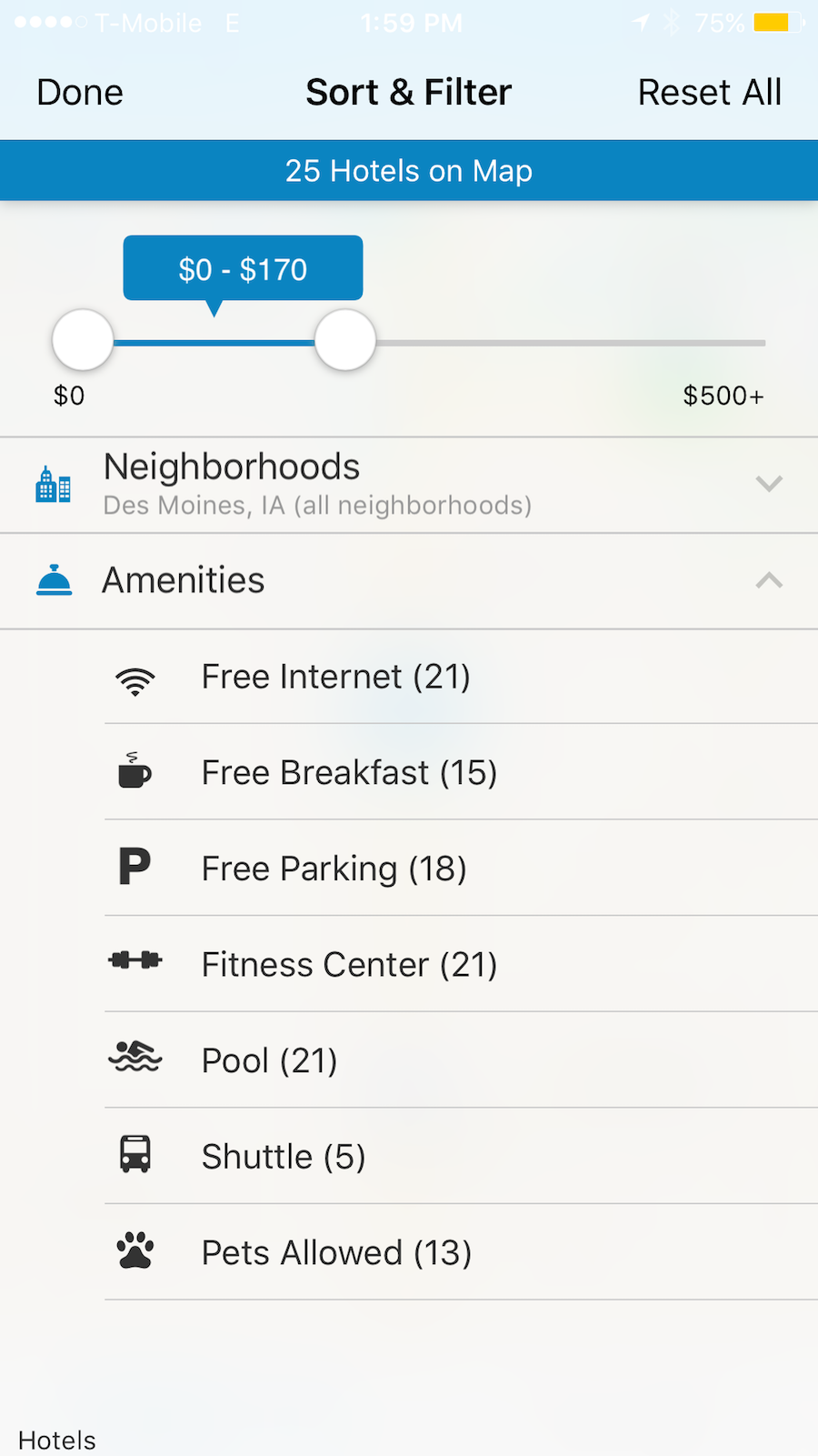 3. The car setup. Our cheap portable DVD player was pretty much the hero of this trip! The movies kept the kids entertained (and quiet), which kept the grownups sane. I don’t even want to think about how people used to do long car trips with children before this technology existed! If you can’t find one at Goodwill, you can find them as low as around $40 on Amazon. Totally worth it.

4. The route. Driving 5-6 hours a day felt about perfect. We’d drive 2-3 hours in the morning, stop for lunch, then just have another 2-3 hours to get where we were going. Breaking it up like that kept us all from going crazy in the car. Getting down to CA was also just a really neat stretch of America. It was really cool to see the country change from farmland, to mountains, to rocky, to desert, to coastal as we traveled.

Things I’d Do Differently Next Time

1. Do a better job packing. We brought along two huge suitcases: one for me and my husband, and one for all three kids. It ended up being a big pain having to drag them into wherever we were staying every night, then repack and bring them back out to the car in the morning. Next time I think we’ll come up with some kind of a system where we divide things into 2-3 day packs, and include clothes for everyone in the same bag (so we only have one smaller clothes bag to bring in at a time).

2. Pack less. Ok so kind of the same as the point above, but really, you should see our van right now. I brought along full-size bottles of shampoo and conditioner, forgetting that we’d be able to collect a million little bottles at the hotels along the way. I let the kids bring toys, and they got lost/buried on the floor of the car on the first day. We brought all sorts of stuff we didn’t really need, like pillows, that just took up a lot of space. You forget that you’ll be driving though towns with Targets and Walmarts, and if you need something you can always buy it.

3. Look into gas rewards programs/credit cards. We spent a lot of money on gas on this trip, and I stupidly didn’t even think about how we could have saved some money by signing up for “loyalty” gas station programs or by getting a credit card that offers a percentage back on gas purchases. Could be a good way to cut down the total cost of the trip even more.

4. Dedicate more time to Disneyland. We spent a full 12 hours at Disney, and I feel like we hardly made a dent in it. If I were to do it over again, I’d set aside at least one more day for Disney, and ideally do California Adventure too, because it looked really fun!

Overall, I am so glad we decided to get in the car and go. This trip has been epic and I’ll never forget it.

Where to next: East Coast? Down South? If you have any suggestions or road trip experiences to share, please drop them in the comments!