The drive from Southern CA to the Grand Canyon was an adventure of the best kind. One of the reasons I prefer road trips to flying somewhere for vacation, is that when you fly, you miss all the random gems that lie hidden between home and your destination. 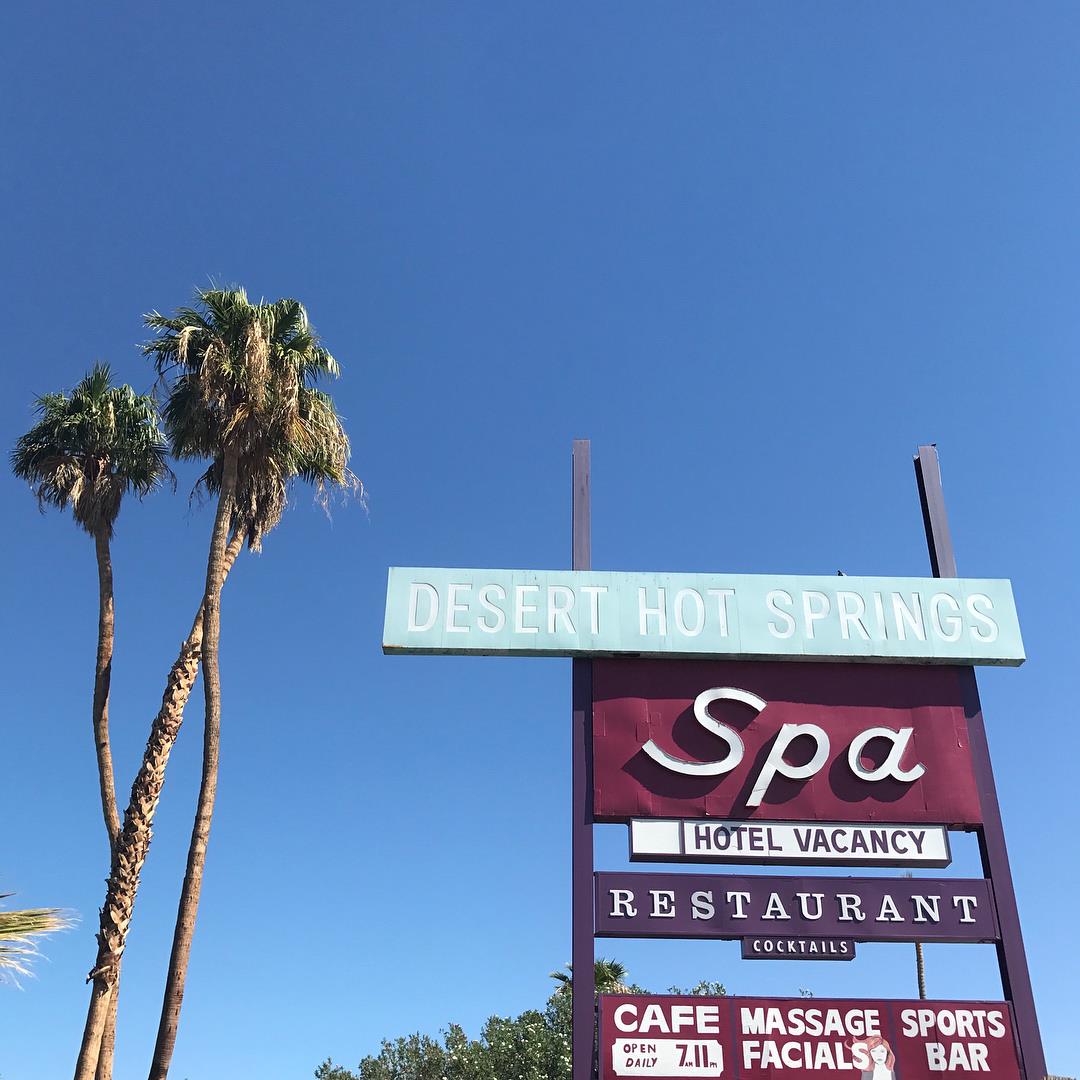 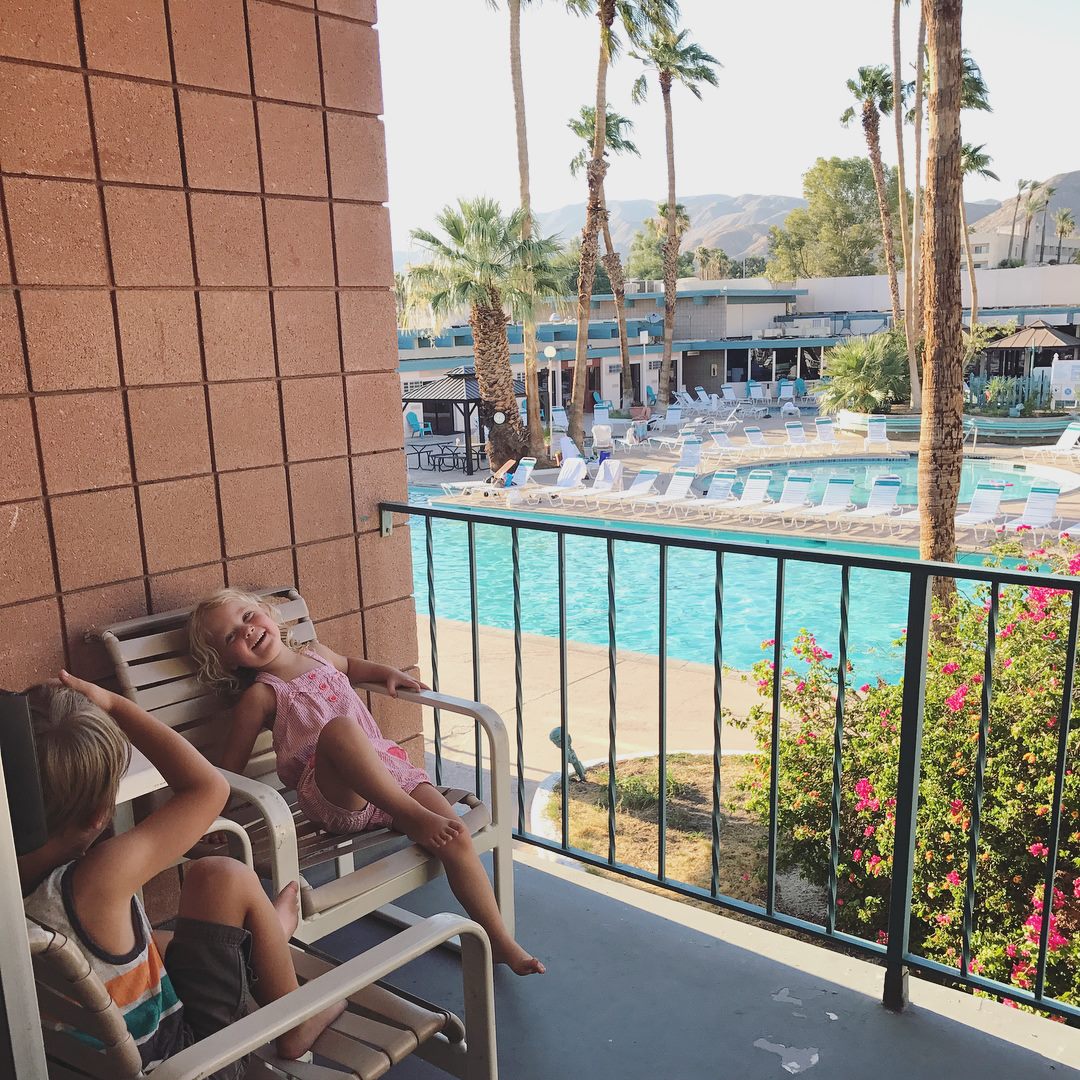 We saw “hot springs” and “$65” on Priceline and thought “hey why not!” Little did we know Desert Hot Springs holds the prestigious title of “Worst City to Live in California” and was not exactly the charming spa destination we’d seen in the photos online. The hotel looked like something straight out of National Lampoon’s Family Vacation. Pink and teal decor, a ceiling that looks like it might cave in at any moment, a “room service” menu printed on plain white copy paper and stapled together in the corner. I’m guessing it was pretty swanky in about 1970, and hasn’t been updated since.

But honestly it ended up providing us with one of the best nights of the trip so far! The kids had eight hot springs pools of varying temperatures to play in, we met some super nice and eccentric people (my favorite being a very friendly older woman who kept going on and on about how these waters were the best in the entire world and had the power to heal paraplegic children or something like that); we all got an experience. 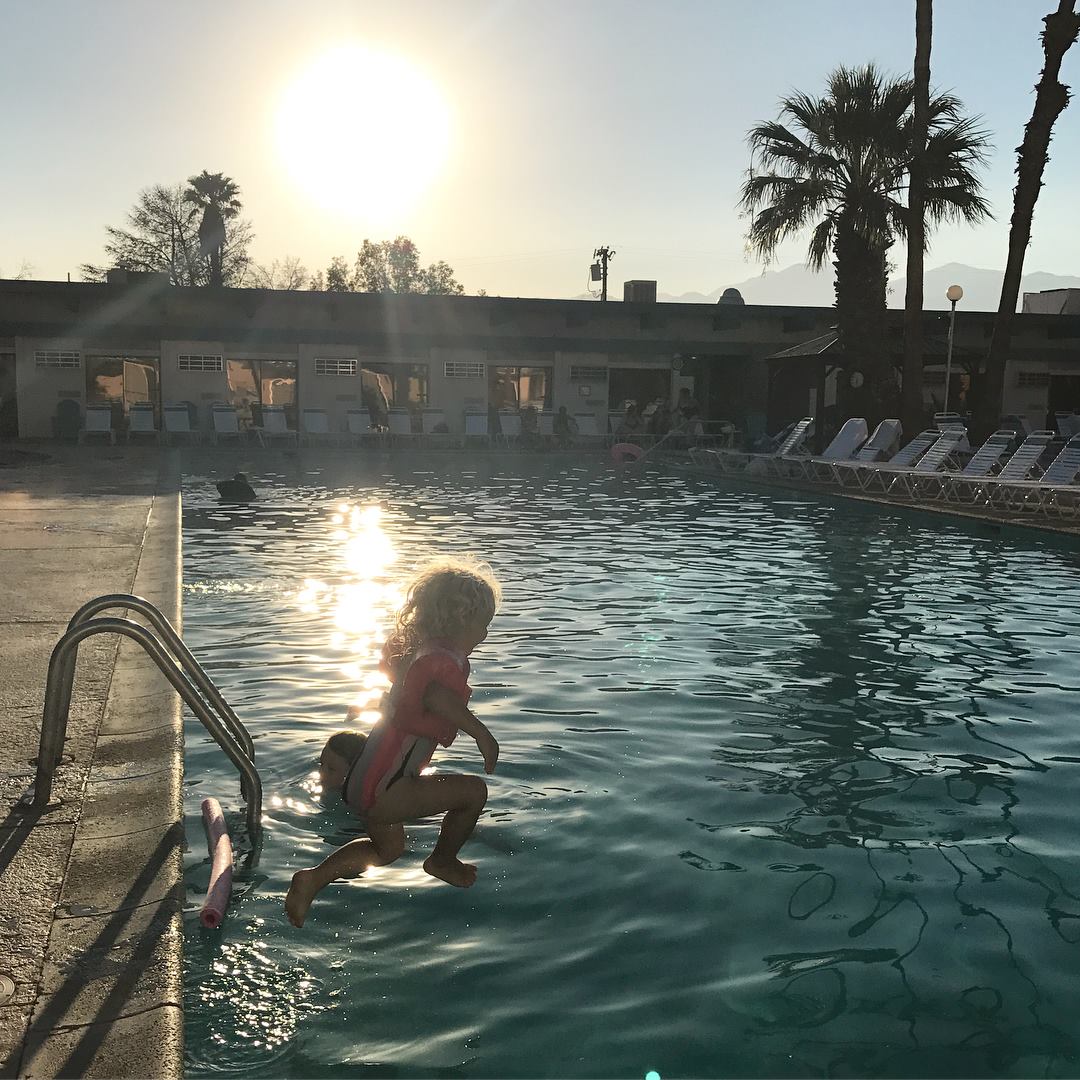 The next morning we drove through the desert for what seemed like forever. There was literally nowhere to stop, nothing to see, and then a random thing like this would appear on the side of the road: 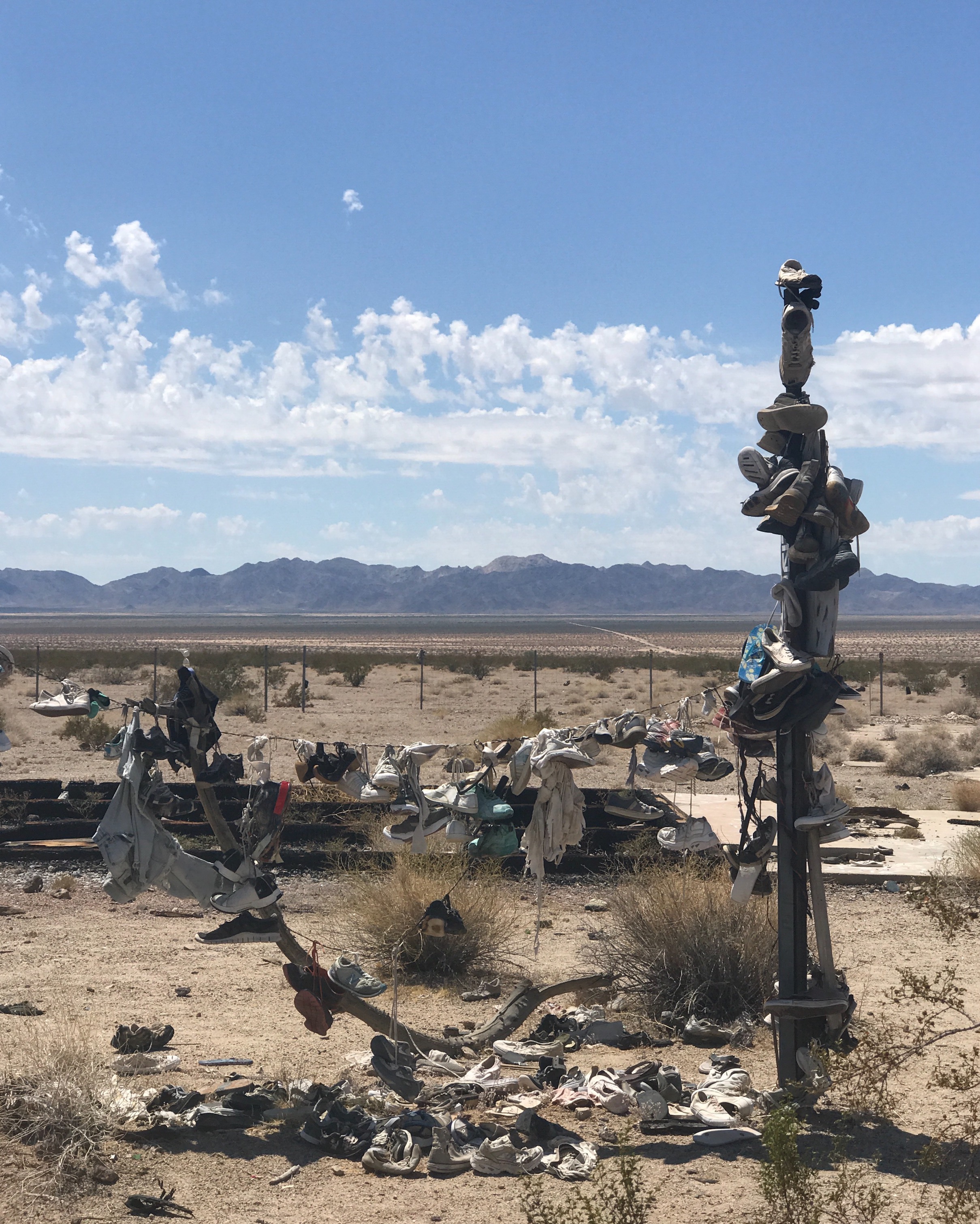 Literally a fence with hundreds of pairs of shoes hanging on it. I have absolutely no idea what it is or what it means, but it was weird and cool and just the kind of thing I wanted to see on our trek across the country.

After hours of driving with nowhere to stop, everyone was hungry and cranky. Just as we were about to finally turn off onto an interstate where we were sure there’d be a Subway or something to stop at, we saw a sign for Pirate’s Cove Resort and Restaurant. My son is currently pirate-obsessed so we decided to follow the sign and check it out. 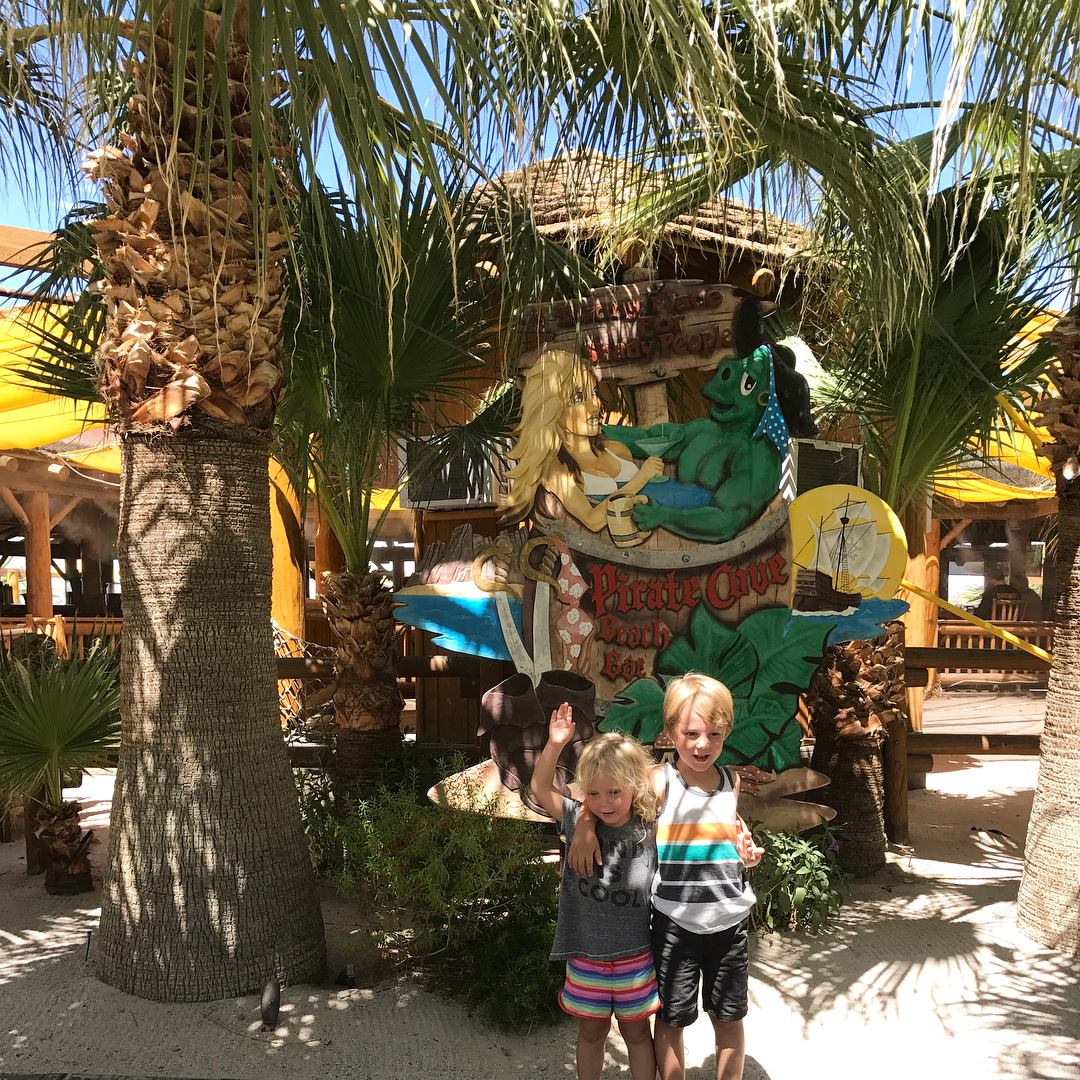 The food was not great, and it was overpriced, but they had paper pirate hats, and silly pirate statues, and it was the perfect little break from the car. 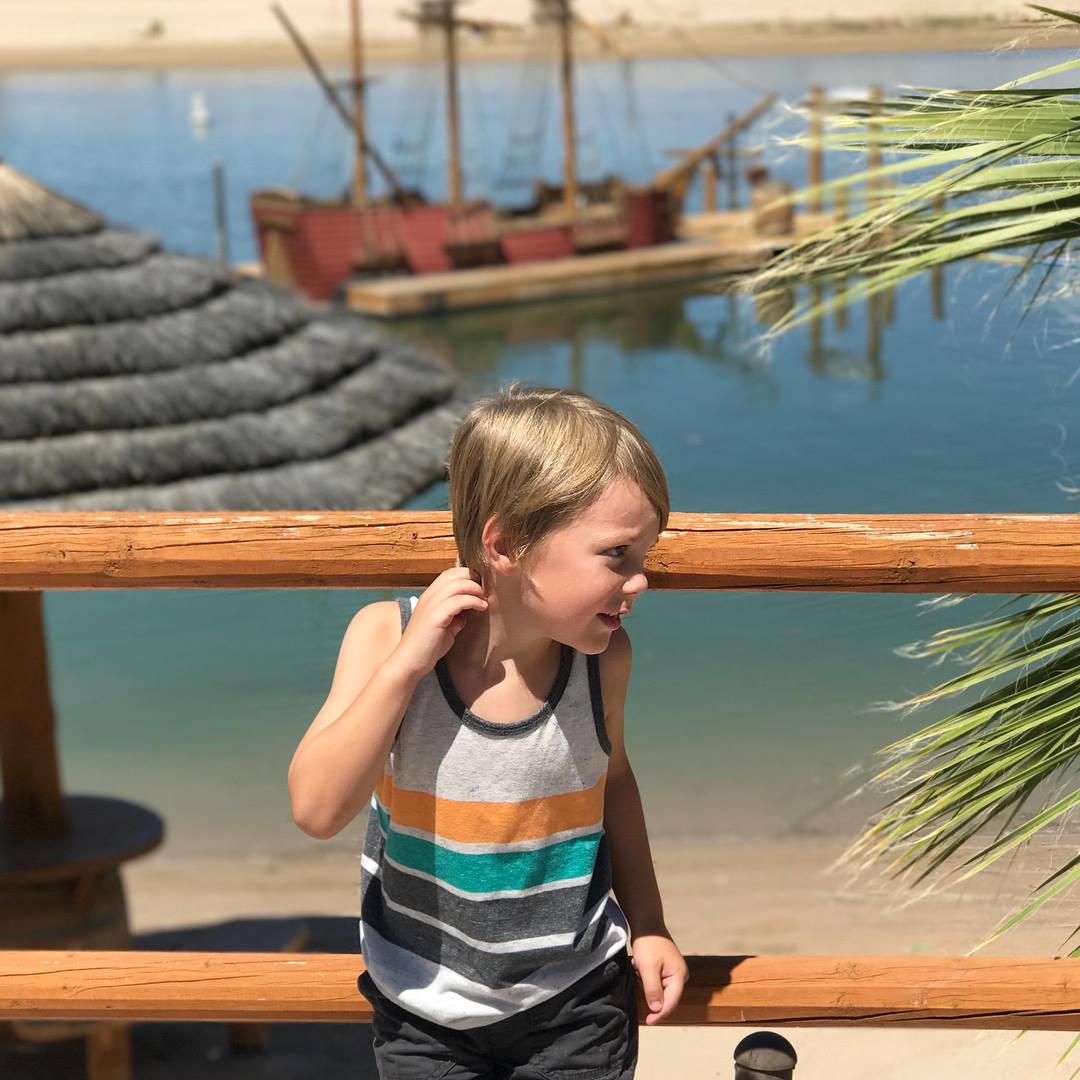 Our next stop was the Grand Canyon. I had never seen it before, and had been told the best experience would be to hit it at sunrise. Well, we were staying about an hour away from it that night, and waking up at like 5AM the next morning to drive up there was, um, not going to happen. So we decided to hustle and attempt to make it there by sunset that evening.

We were racing against the clock, driving over the speed limit, watching it get closer and closer to 7:09PM. We got into the National Park with a few minutes to spare, parked, basically dragged the kids up to the closest lookout point, and…it was incredible. 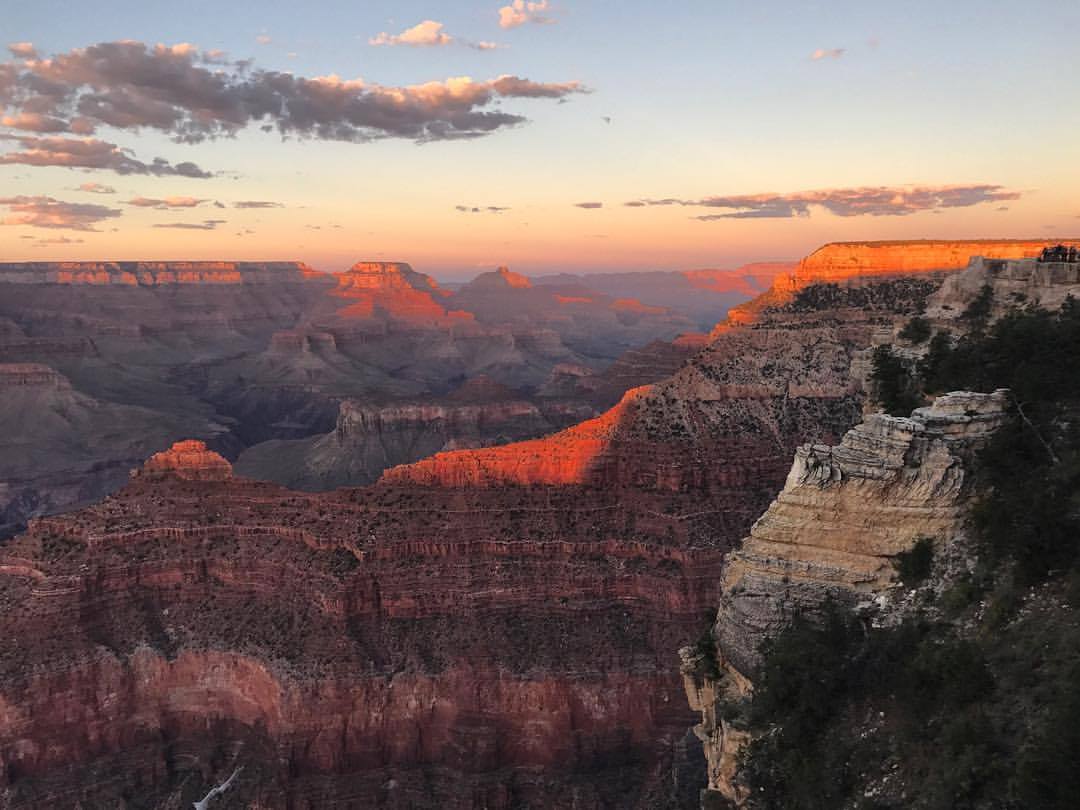 It’s really not possible to capture the beauty of this thing in a picture (especially an iPhone picture!), but the colors were truly amazing. I’m sure it’s also pretty cool at noon, or 5, or whatever time you go, but seeing it at sunset was worth the rush. 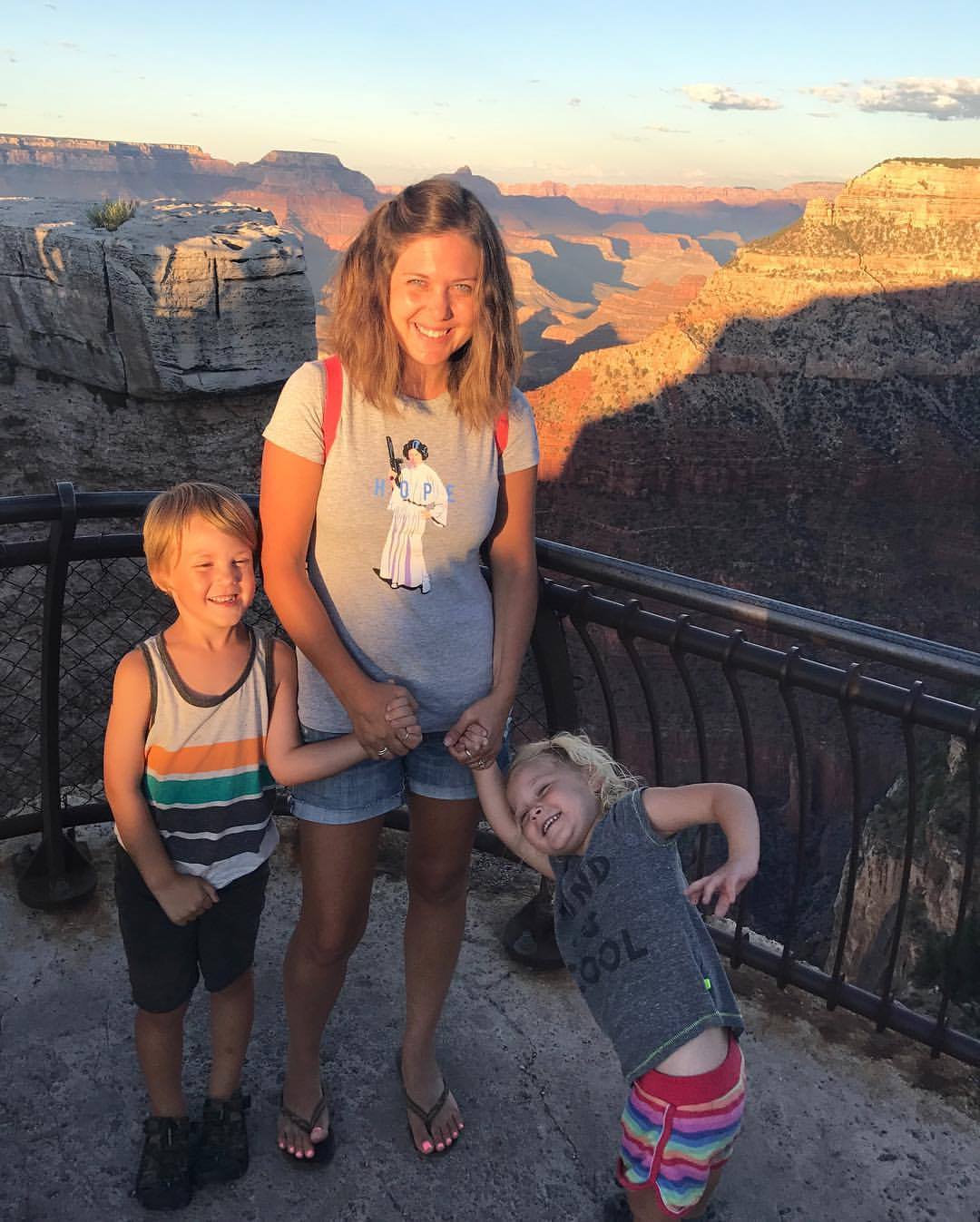 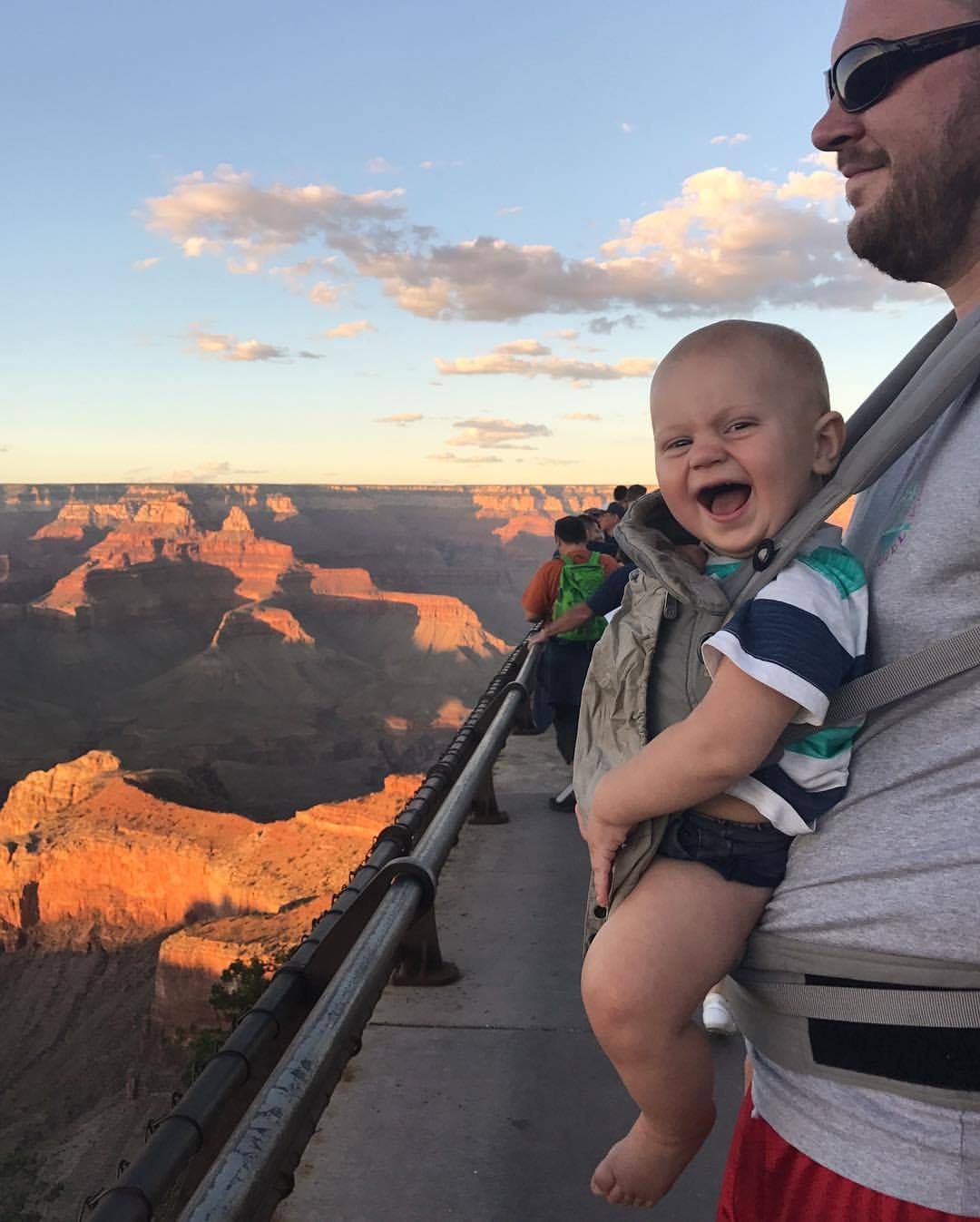 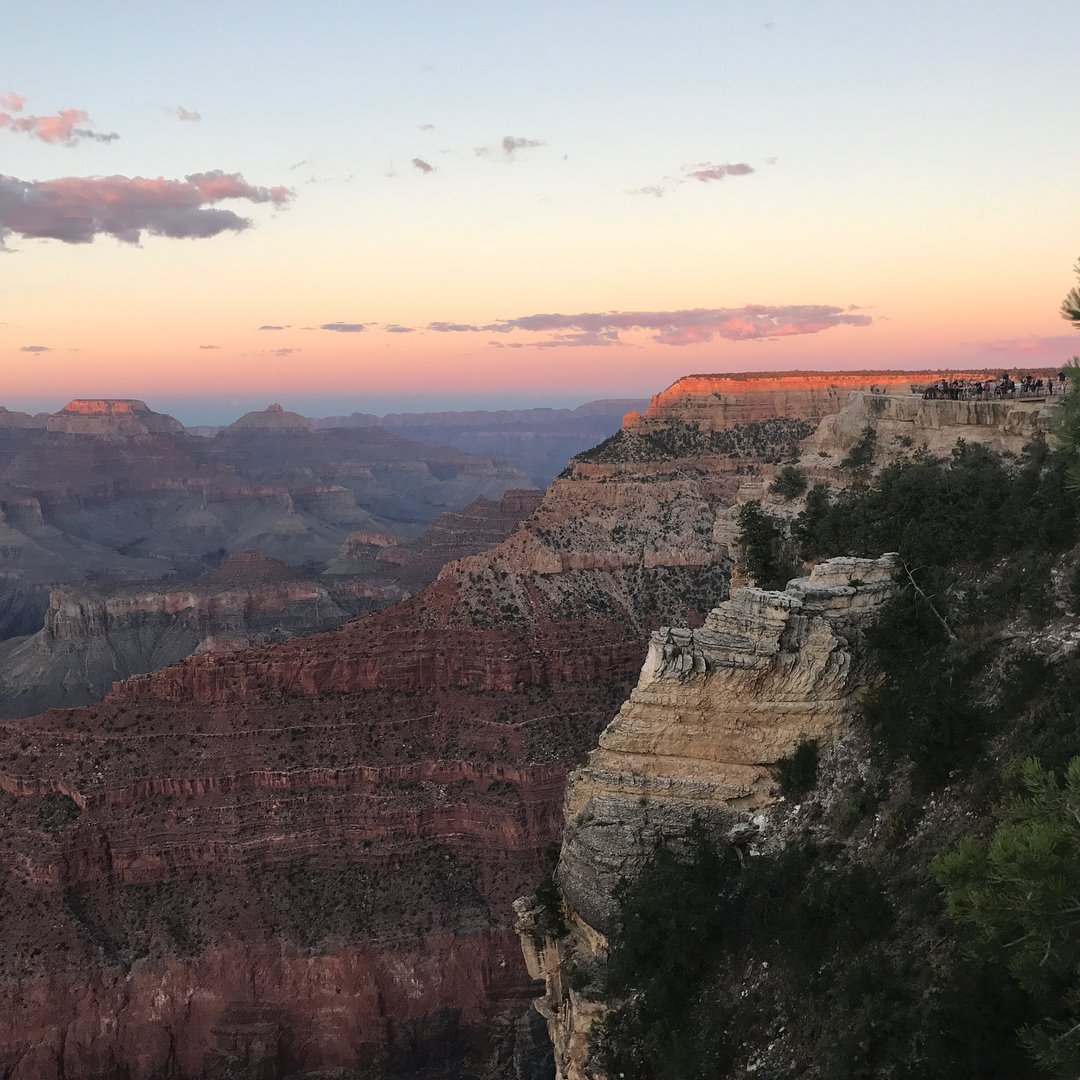 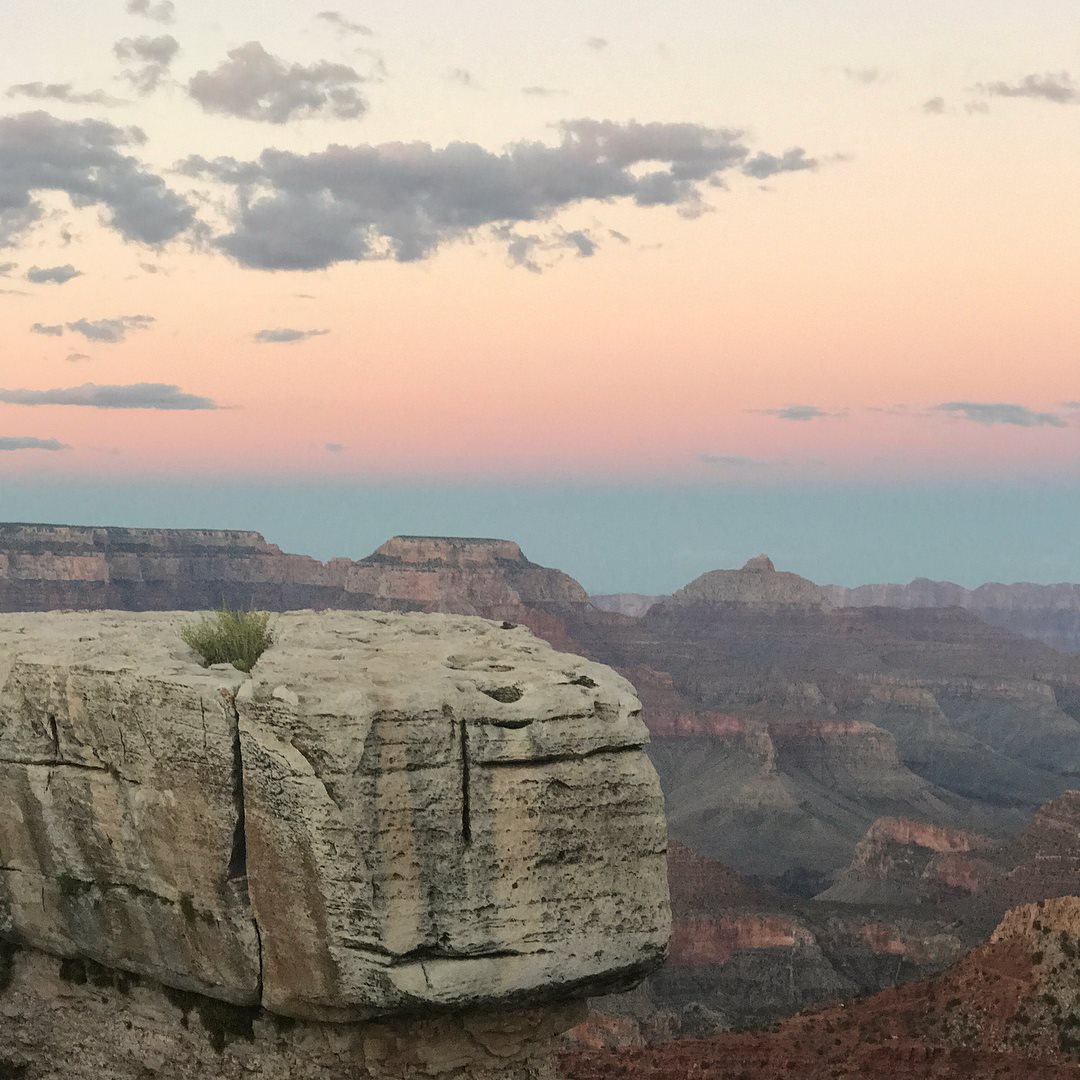 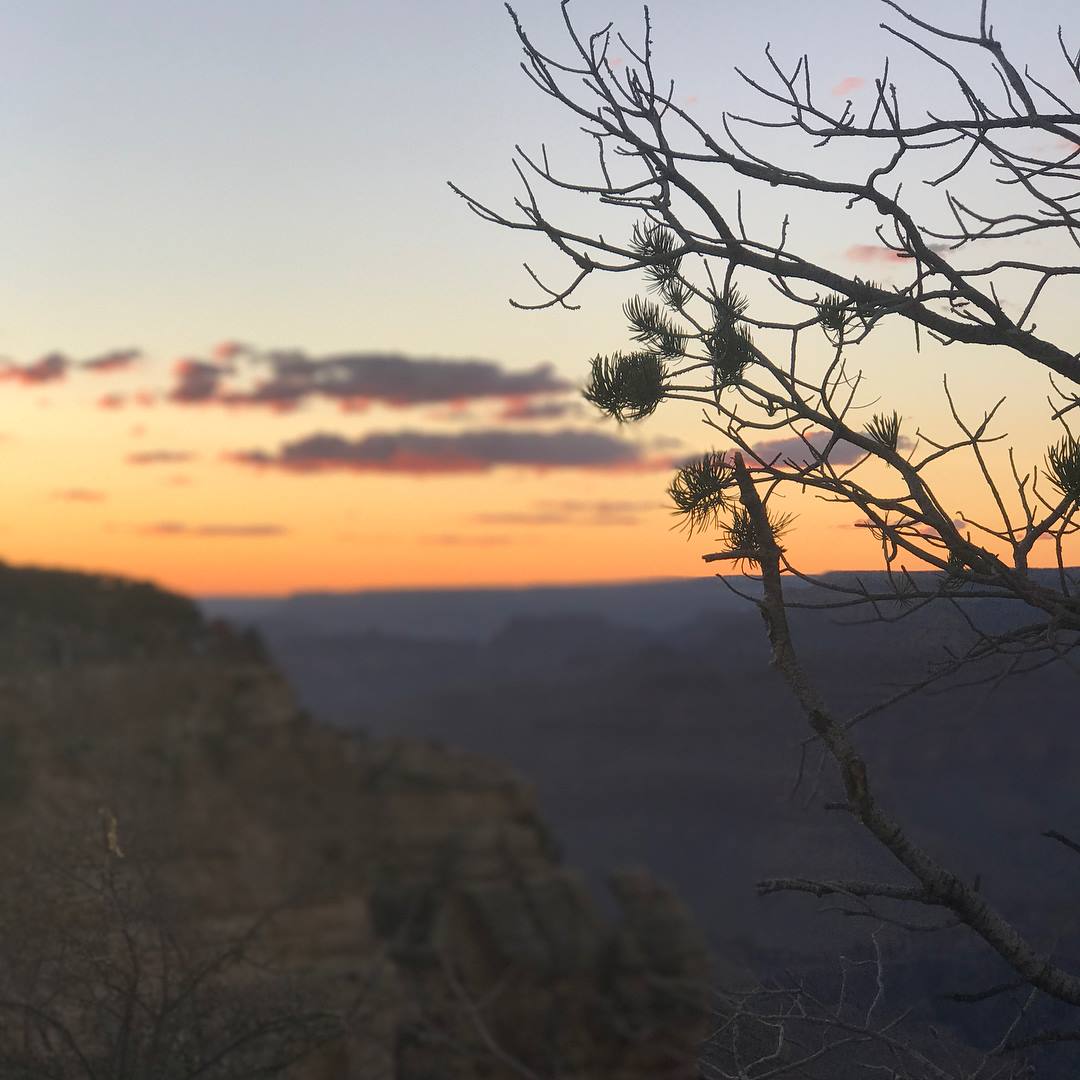 So this whole post is basically me, convincing you, that you must do a road trip. Yes, we’re tired. No, you can’t see the floor of our van. Yes, there has been a lot of driving and fighting and “are we there yets.” But honestly it’s all been totally and completely worth it so far.

As I write this, we’re about two hours from Albuquerque, New Mexico. I have no idea what you do in Albuquerque (aside from drive around looking for places in Breaking Bad?), but I can’t wait to find out!