A pair of hotly-anticipated titles were released at the very end of last month, Kingdom Hearts III and the remake of Resident Evil 2, and the enthusiasm of those two certainly carries over for longer than a week into this February, where most folks are finally starting to thaw out after a pretty brutal winter blast.  Perhaps anticipating the hype, the bulk of the big titles released this month all fall on the same date — the Ides of February; the aftermath of Valentine’s Day — which gives players a batch of options before leading into the unveiling of what could be a make-or-break new title for BioWare.  Numerous high-profile shooters are vying for attention during this period, offering a little something for everyone to hit a bullseye in that genre. Let’s start with a Xbox exclusive with a substantial following, and go from there. 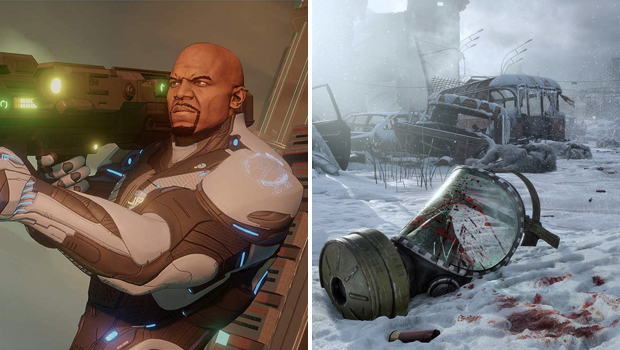 Nearly a decade later, the team at SUMO Digital have picked up where Realtime Worlds and Ruffian Games left off with the Crackdown series, unleashing the hotly-anticipated Crackdown 3.  The story has also jumped ahead a decade, though the dynamic of taking down higher-ups in nodes of criminal organizations remains intact.  An enigmatic antagonist has cut off power to the entire world, and it’s up to the Agents – led by the Terry Crews-voiced Commander Jaxon – to hunt them down and reverse the damage. Early previews have painted a picture of Crackdown 3 being more or less on the same level as the previous installments in the franchise; however, the graphical prowess for this Xbox exclusive doesn’t seem robust enough to showcase the machine’s prowess, even if improvements have been made since the earlier points when the game was shown to the industry. Mayhem, freedom, and orb collecting run amok, though, both in single-player and the online multiplayer competitions. Available on Xbox One and PC.

Metro has maintained a cult following since the release of the original game — an adaptation of Dmitry Glukhovsky’s novel “Metro 2033” — nearly a decade ago, hinged on the realism of its first-person shooting and survival aspects, its RPG decision-making, and the effective restraint of its horror atmosphere. Both installments in the franchise struggled with consistency of action and the artificial intelligence of enemies, though, which has kept the series just out of reach from greatness. Developer 4A Games and Deep Silver are taking another crack at it with Metro: Exodus, a sequel set a few years after the events of (one version of) the ending from the first sequel, Last Light. With promises that decisions will matter in terms of the characters’ fates and the incorporation of more open environments, and coupled with overhauled AI, Metro: Exodus hopes to branch out enough to catch greatness in this third installment.  Available on PS4, Xbox One, and PC. 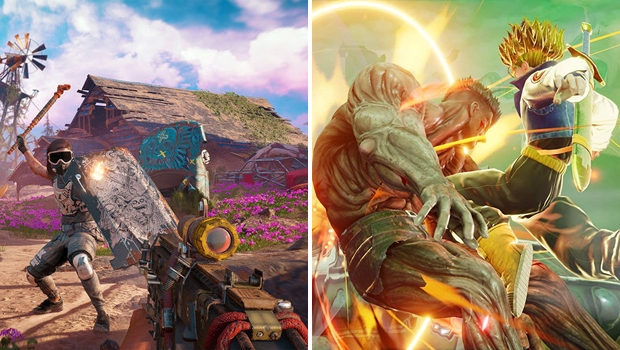 Ubisoft has the habit of taking certain franchises — *cough* Assassin’s Creed *cough* — and overburdening their audience with too many installments in a short time period.  While they’re starting to get there with the Far Cry series, there has been enough variety between the releases to keep each entry (either in the core releases or the spinoffs) to not encounter any fatigue in the concept.  Far Cry: New Dawn gets a little close for comfort by releasing what’s technically a “sequel” to last year’s somewhat divisive installment; however, by jumping ahead almost two decades, revealing the post-nuclear war setting to be one of verdant overgrowth, and incorporating some character customization, they’ve managed to make it seem fresh. The mechanics of Far Cry 5 return, though, alongside the series’ signature exploration, weapon versatility, and freedom to choose how to handle what situation in the open-world expanses of fictional Hope County, Montana. Available on PS4, Xbox One, and PC.

The release and popularity of a Super Smash Bros. game tends to draw out competitors in the timeframe before and after it’s projected to hit shelves. Celebrating the 50th anniversary of “Weekly Shonen Jump”, the most popular and longest-running manga magazine in Japan, Bandai Namco Entertainment are trying to strike while the iron’s hot with Jump Start.  Similar to Smash Bros. or Soul Calibur, this three-dimensional fighting game brings together combatants from many of the properties initially popularized by the magazine — Dragon Ball, One Piece, Naruto, Bleach, and others — into a roster of 40+ playable options, with the plan to get over the 50 mark by the end of the DLC cycle.  Gameplay centers on a 3-on-3 tagout system that veers into fast-paced realism in the vein of Mortal Kombat or Soul Calibur VI, while there’s also a character creation feature onboard as well as a foreseeable story mode.  Available on PS4, Xbox One, and PC. 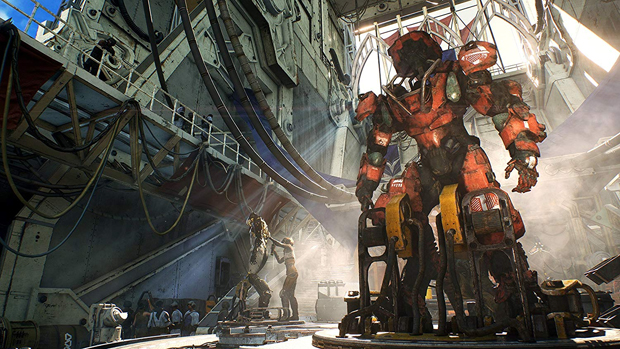 Regardless of how you feel about the ending to Mass Effect 3, whether the criticism was justified or an overreaction, it’s tough to dispute that the conclusion to the space-opera trilogy changed BioWare’s approach to games from then onward.  Safer and more empowering stories, a stronger yet separated focus on characters, and jubilant endings where the choices merely change the flavor of the grand victory have resulted in sufficiently enjoyable, underrated, yet lacking RPGs — Dragon Age: Inquisition; Mass Effect: Andromeda — from the once-mighty gamemaster.  Therefore, a lot is riding on the success of studio head Casey Hudson and his grand return to BioWare, in the form of the new property Anthem.  Alas, those expecting a return to form will have to do so with the expectation that this third-person, science-fiction light RPG has been designed with an online “shared world” as its objective, one where solo play isn’t a priority and relationship building lacks signature BioWare mechanics.  Time will tell whether the studio’s strengths will emerge from the wreckage. Available on PS4, Xbox One, and PC.

Other games worth keeping an eye on are: Apex Legends (PS4, XBONE, PC), a new free-to-play battle royale option from Respawn Entertainment, the folks responsible for Titanfall; The Liar Prince and the Blind Princess, a puzzle platformer with a delightful artistic aesthetic releasing on the PS4 and Switch; and Dirty Rally 2.0 (PS4, XBONE, PC) and Trials Rising (PS4, XBONE, Switch, PC) for the racing fans out there.