In our recent monthly videogame release update – “Dark, Desolate Days Ahead for May’s Video Game Releases” – the topic was brought up about the hesitation of getting big titles on the market right at the beginning of summer season.  Well, the thinking behind that observation also applies to the free games offered by the subscription services, especially so for Microsoft and their Xbox Games With Gold for May. It’s almost as if the selected titles are engineered without the core gaming audience in mind: families will give one a shot, relaxing parents will gravitate toward another, and the legacy titles aren’t going to generate much more than a shrug and a possible “download for later” attitude. It’s one of those months where the goods are being held back for a later date, and while it’s honestly tough to blame ‘em for that, what is here hasn’t been well-received by either critics of players … something that usually isn’t an issue for Microsoft’s offerings. Let’s delve into the titles. 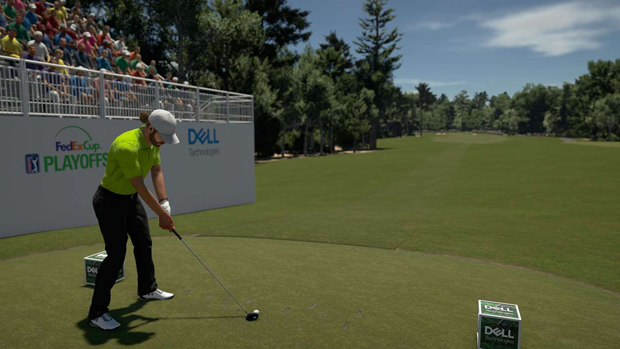 The excitement of variety and unpredictability tends to be the thing that draws people to party video games, whether we’re talking about Mario Party and You Don’t Know Jack to more action-oriented titles like Castle Crashers and Smash Bros. Marooners tries together the exhilaration of the action titles with the randomness of other party games.  A group of marooned pirates, divers, and explorers piloted by friends either locally or online (2-6) barrel through exotic tropical locales collecting items and racing to specific points on the map.  And then, once someone’s reached a point, the location abruptly changes and drops the players in an entirely different spot with different objectives: dodging inbound rocks, collecting coins, digging underground, etc. Chaos seems to be its calling card, to such a degree that critics of Marooners seem like the chaos frustrates early and quickly grows monotonous.

The legacy of the Tiger Woods-branded videogame series from EA ran long and strong, for over a decade and a half starting in the late-‘90s; however, after a failed attempt to rejuvenate the franchise by switching over to Rory McIlroy as the face of the series, the PGA-supported line closed up shop. A few other golf games have made their way to the market – arguably the most successful of ‘em being the Hot Shots!-esque Powerstar Golf, a surprisingly decent golf simulator with a cartoonish overlay – but none have been able to fill that void.  One of those less successful simulators, The Golf Club, landed the support of the PGA Tour, tweaked their methods and unveiled The Golf Club 2019.  With a PGA Tour career mode, customization of characters and courses, numerous familiar game modes and a simulator framework hinged on realism HB Studios gets closer to the hole with this overhaul, though critics have cited the realism as a burden and the graphic presentation as not meeting those immersive standards. 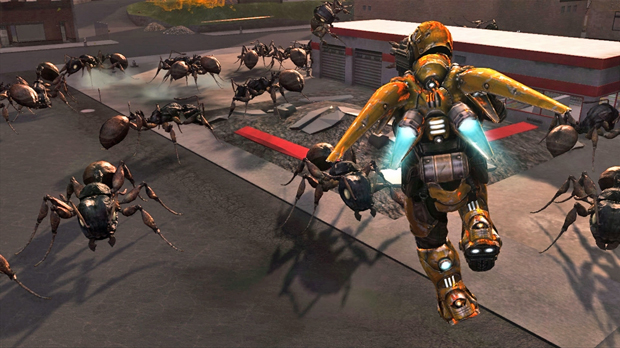 One of the best ways to describe Earth Defense Force: Insect Armageddon might be to say that it acts kinda like a different take of the warfare aspects of Starship Troopers … y’know, had those bugs been real bugs causing trouble on this planet. Story isn’t a chief concern for this entry from Vicious Cycles Software — which closed first thing in 2016 — as the primary objective centers on the player mowing down as many waves of bugs as possible from both a first-person aerial vehicle perspective and from a third-person shooting viewpoint. With jetpack strife movement that comes across like a slower, watered-down version of the gameplay in Vanquish and little substance to invest in the B-level narrative behind the attacks, Insect Armageddon unsurprisingly didn’t leave much of a mark upon release.

Finally, there’s Comic Jumper, a side-scrolling and quicktime actioner from Twisted Pixel Games.  The subtitle for the game, The Adventures of Captain Smiley, should be something of an indication about the tone going on here, where a blue-and-yellow muscly superhero – think of a mix of The Tick and Doctor Fate – barrels through realistic-ish levels that look like the setting of a comic book come to life.  With Batman ’66 style of text coming up with every bang, crash, and thud and with Captain Smiley physically jumping from panel to panel, the game exudes attitude from top to bottom. That said, much like other gimmicks, critics and players both have cited the humor as trying too hard and the gameplay as repetitive, making it one of those experiences worth jumping into in small doses.