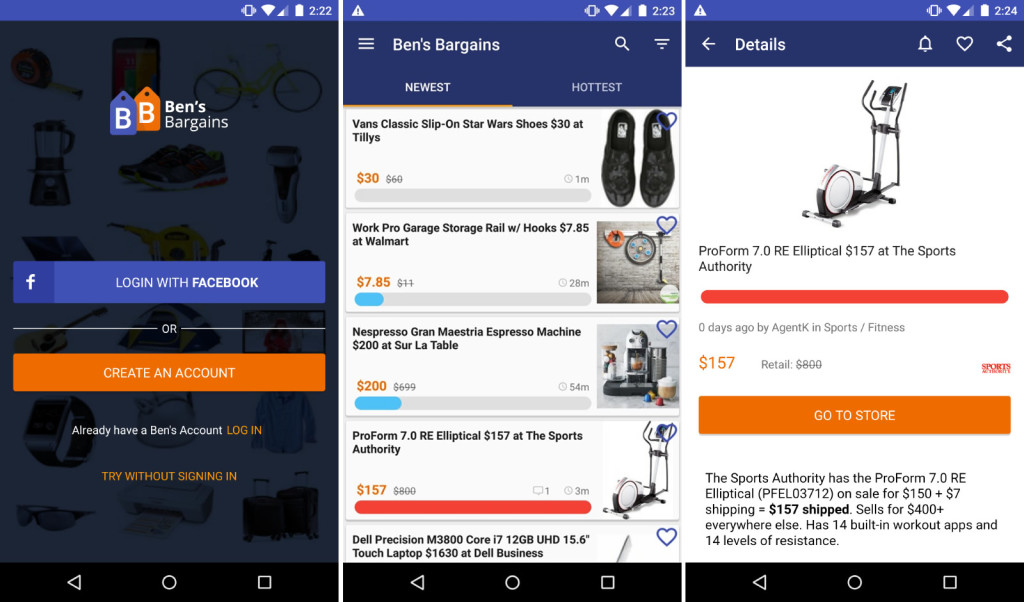 Launching on Google Play for Android users recently (LINK) and iOS today (LINK), the new Ben’s Bargains mobile app incorporates all the account functionality found on the main site in a compact, speedy package with more features than our mobile Web version of Ben’s.

The core new feature in the app is mobile notifications. When you set a deal alert on a specific product, we will send you a mobile notification the second that it’s posted on the site (assuming you toggle notifications on). This way, you won’t miss out the next time we post deals that sell out in less than an hour.

Similar to the main site, you have the ability to filter products by categories, stores and price range. You can also use the quick filters at the top of the app to see the latest deals, the hottest deals and your recently viewed deals.

We’ve also includes easy icons to trigger specific events. Tapping the bell icon will set a Deal Alert on the product (and tapping it again will turn it off). The same goes for the heart icon, which triggers the favorite function.

We also have a share icon on the deal page that allows you to share to Facebook, Twitter or via email. Also similar to the main site, you can visit the deal page within the app to make comments as well as vote on comments left by others.

You can check out pictures of both versions of the app below: 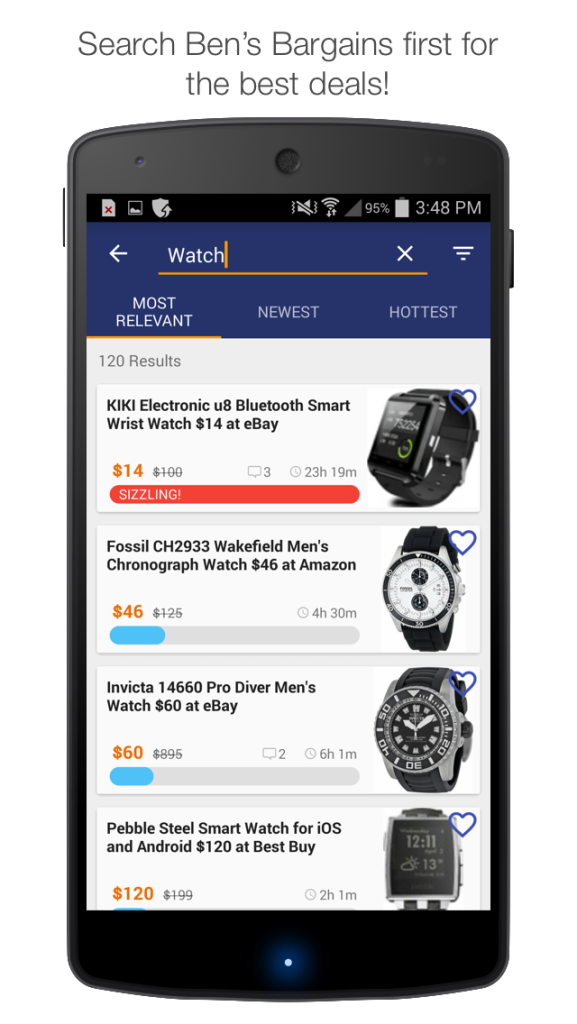 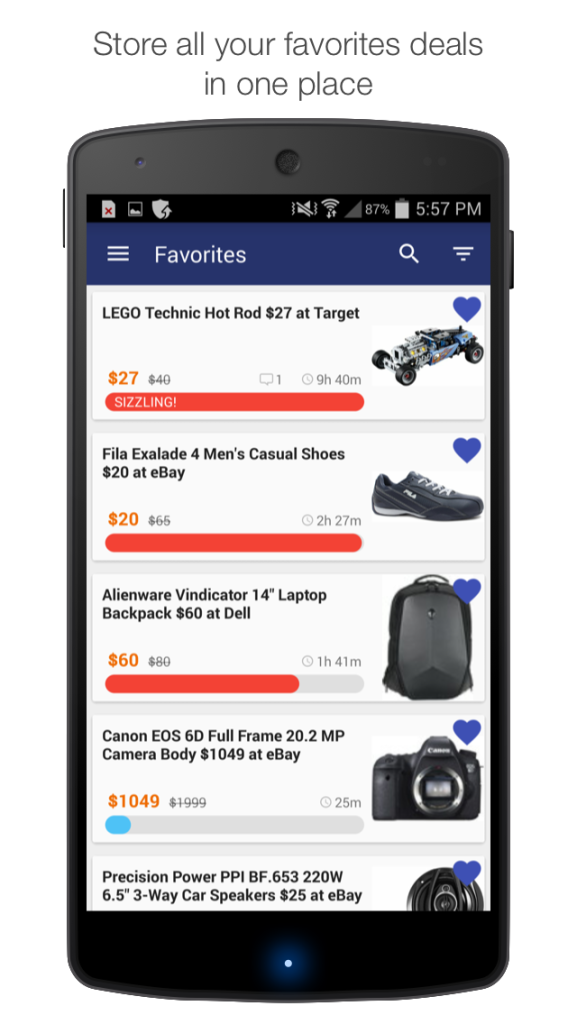 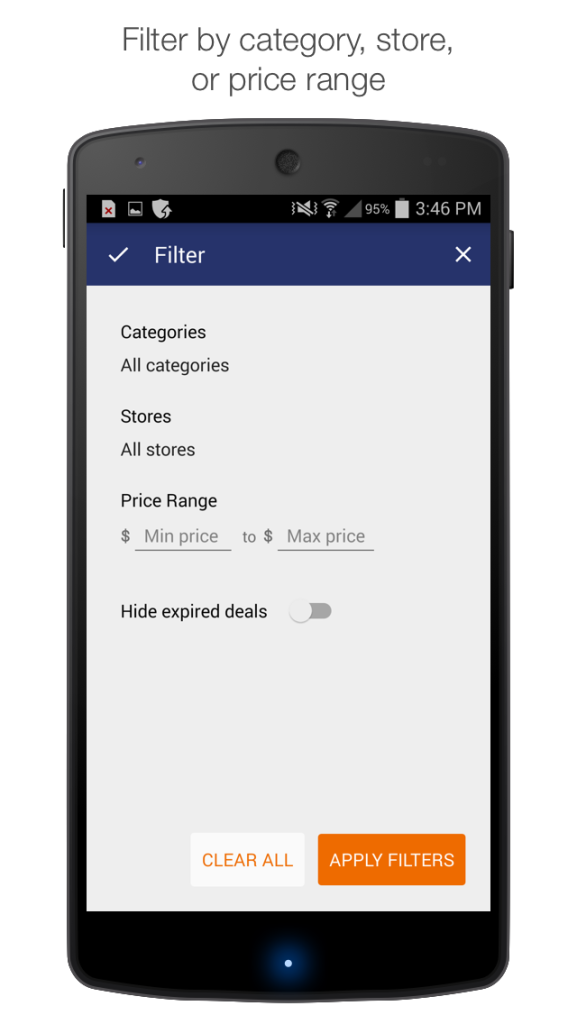 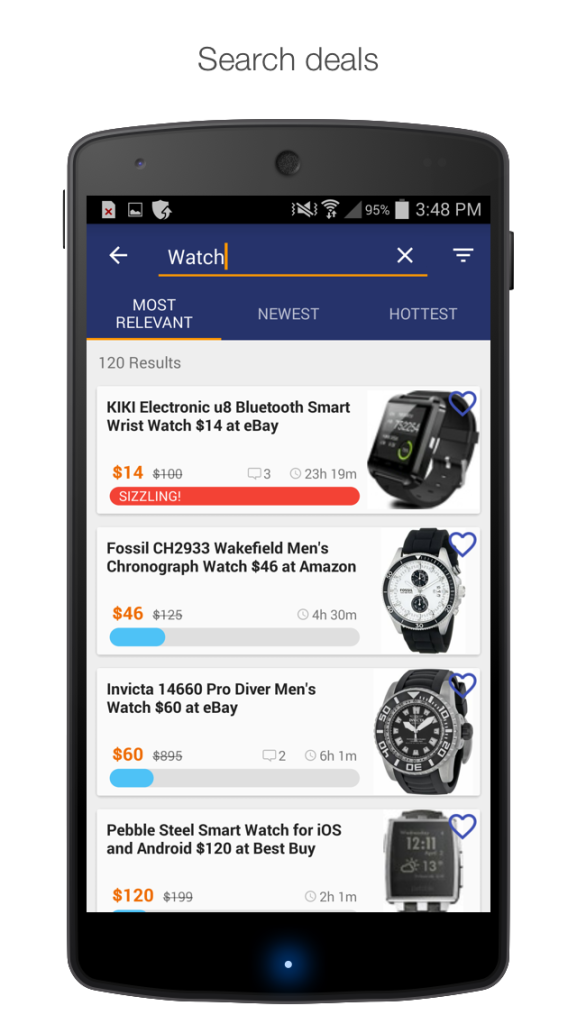 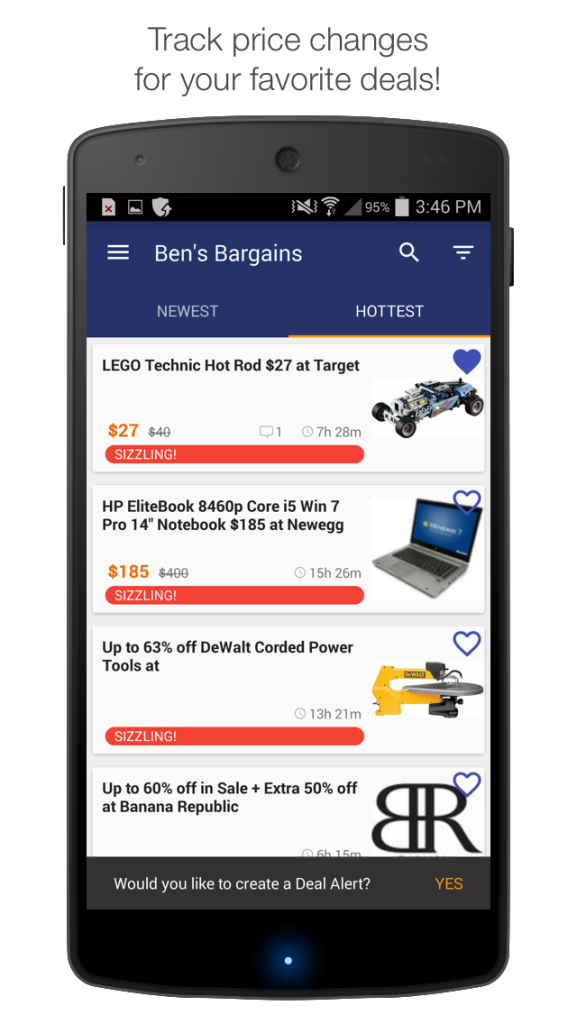 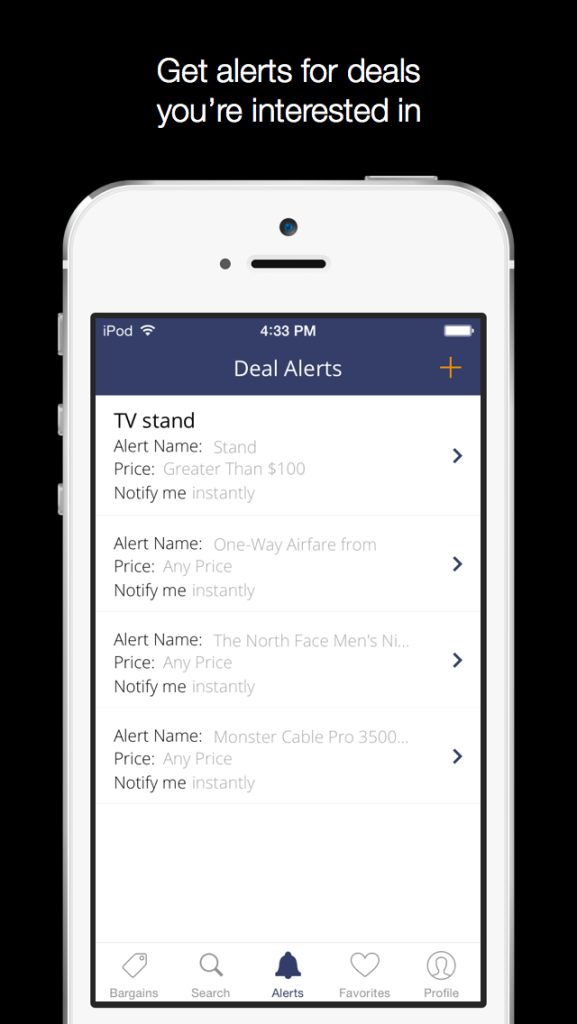 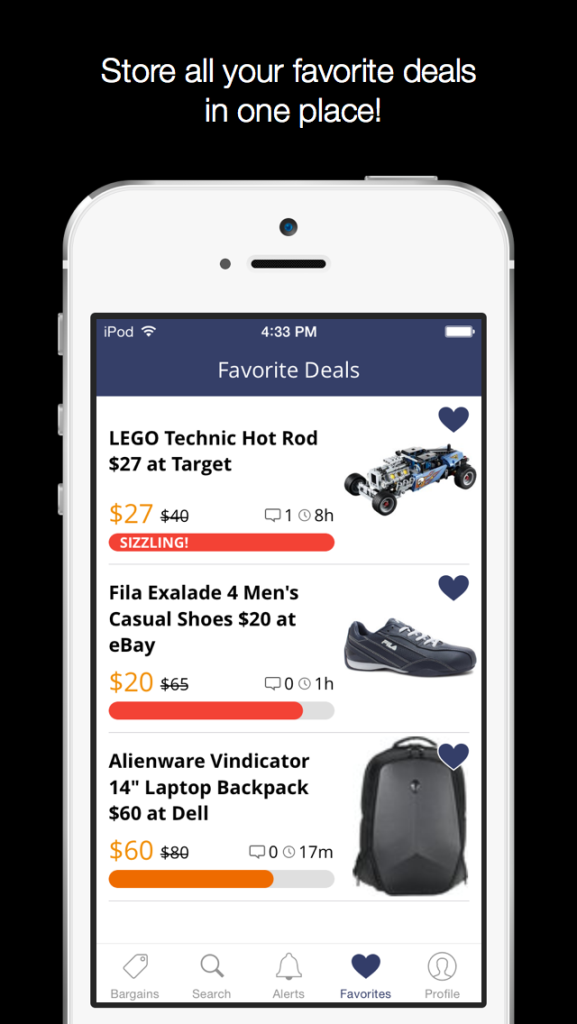 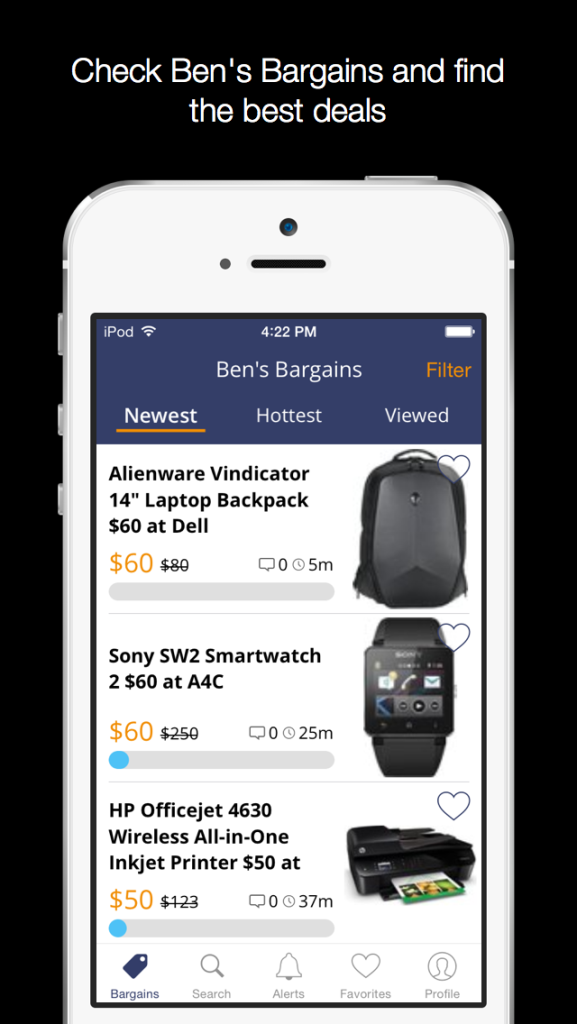 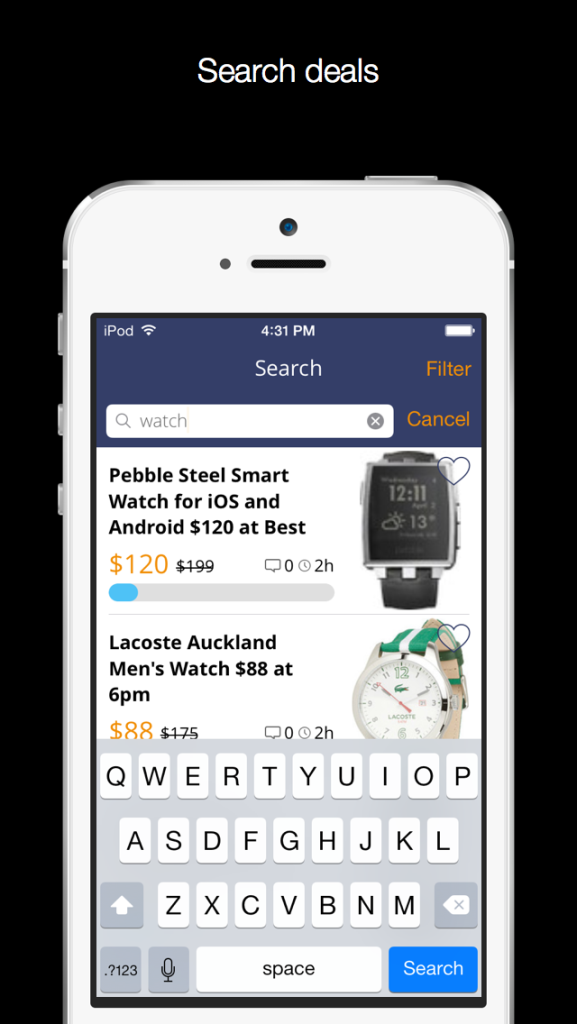 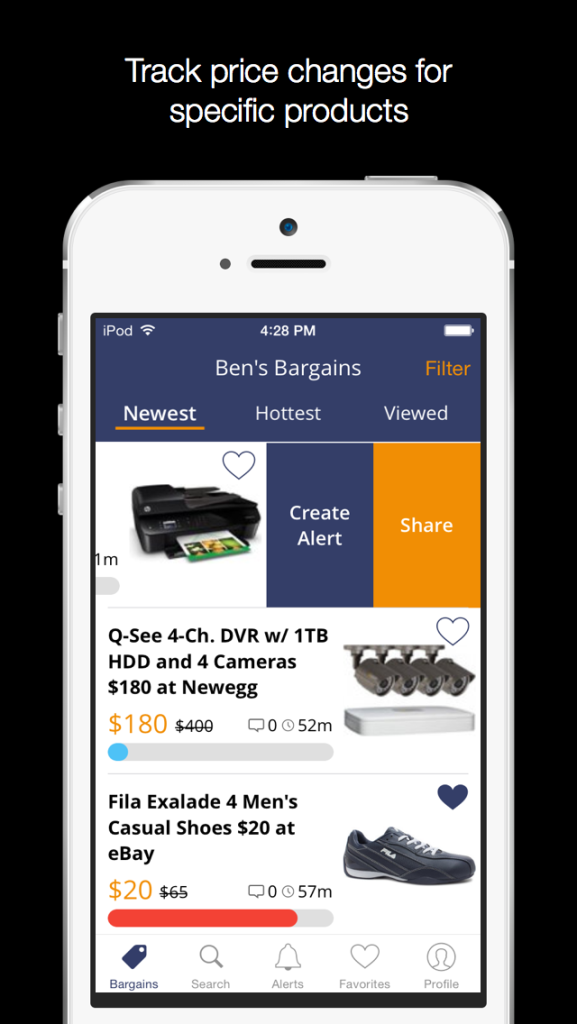