Shut Up and Take My Money: Commodore 64 Mini

For anyone that grew up in the early eighties, the Commodore 64 was one of the early home platforms enjoyed by the video gaming community (before Nintendo rolled out the original NES).

The C64 was immensely popular with video game enthusiasts, namely for the vast library of games as well as the built-in screen that came with the SX-64 model, ideal for taking games on the go.

Of course, the Commodore 64 Mini is significantly smaller than the original hardware. Available on October 8 for $80, the C64 Mini comes with 64 built-in games and a classic C64 Joystick. the actually computer is built into the classic keyboard (non-functional) design, ideal for saving space. 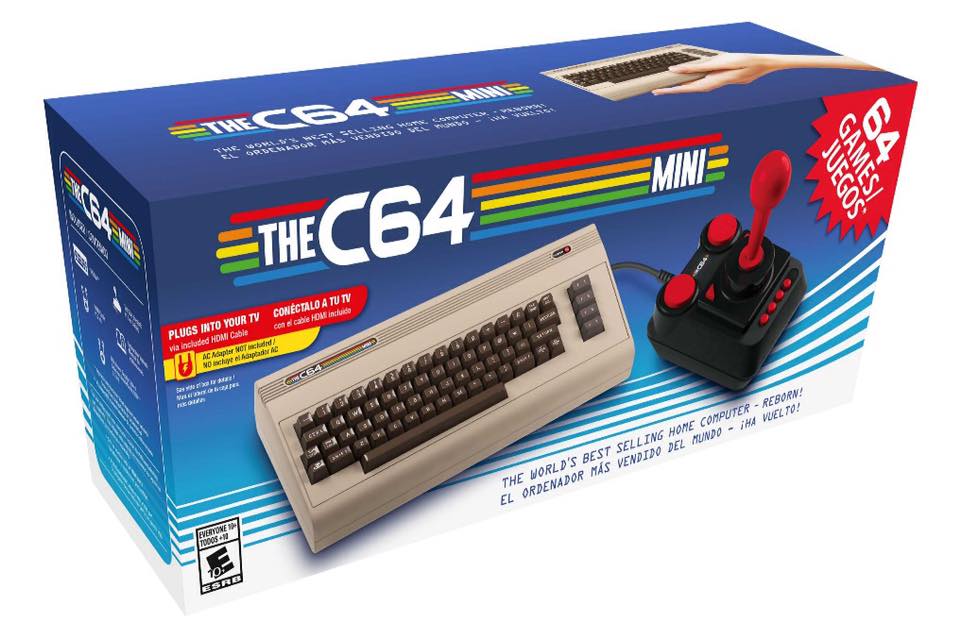 The device comes equipped with a bit a new tech, namely HDMI out for running games on the big screen (720p) and two USB ports. The USB ports are for plugging in a full-sized functional keyboard, an additional joystick for multiplayer games as well as running additional games off a USB stick (max size 64GB).

Using C64 BASIC computer programming language, you can create your own games or download code for other games from the C64 community.  The hardware can also be updated via the USB drive with future updates.

Some of the more popular, built-in games include:

The full list of games is here. You can preorder at Walmart for the retail price. Amazon also has it, but the price is being inflated by third party sellers. The promo teaser video can be seen below:

Commodore 64computer gamesgamesgamingshut up and take my money