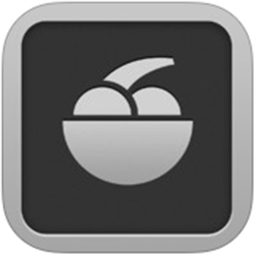 Just ahead of launching Grand Theft Auto V, Rockstar has introduced Chop the Dog, your canine companion (Rottweiler) in the game.  Anyone who cannot wait a moment longer to play Grand Theft Auto V and has an iPhone or iPad, can now download Rockstar’s iFruity app from the iTunes store.

The app ties into the game through Rockstar’s Social Club. Meaning, training Chop the Dog in the app nets you new abilities for Chop in the full game, including the ability to find hidden items. 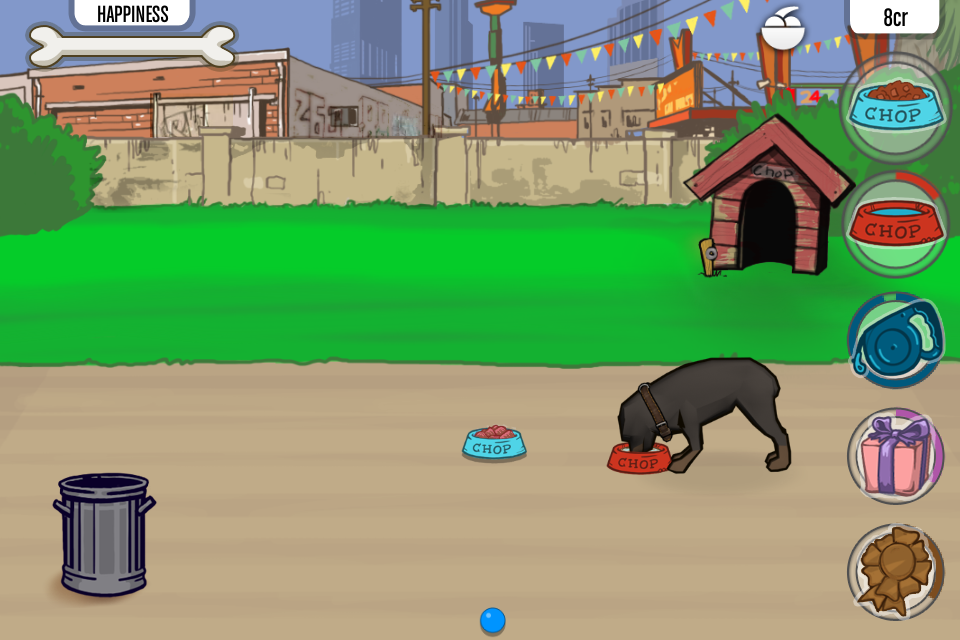 In the app, you can throw the ball around with Chop. Sometimes though, Chop brings back random finds from the surrounding neighborhood, such as a kilo of “product” or a “pencil holder.” Naturally, like any virtual pet, Chop has to be fed, watered, and kept happy.

Taking Chop on a walk opens up top-down style mini-games where you guide him into protecting his female dog companion in the park, or defending your ride in the middle of the street from thugs. But the easiest, and thereby most fun, mini-game… is to have Chop remove as many bikinis on the beach as possible.

You can also buy collars for Chop and teach him tricks, both of which will show up in the console game once you have the Rockstar Social Club linked.

Note: For those who are, for whatever reason, playing on the PS3 or 360, there is an option in the settings to switch and select platforms. 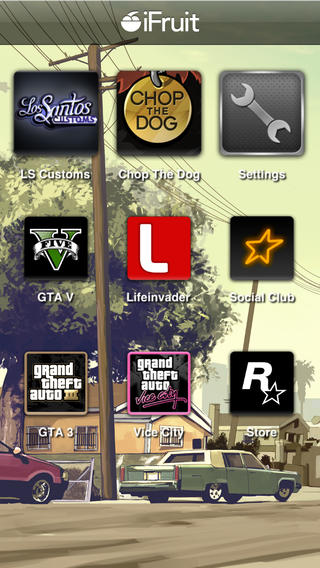 Those disinterested in Chop’s little big dog life can still find some solace in the iFruity’s Los Santos Customs feature. As you can see below, I have crafted a “ROAD HOUS” vanity plate to match my newly modified vehicle. There were some charges listed — linked, in theory, to in-game GTA V credits — but when the total came up, the app said that the first customized car and license plate charges were comped. Too bad most of the upgrades were locked. I’ll have to come back once I’ve made some progress in GTA V and get a bigger engine and such. 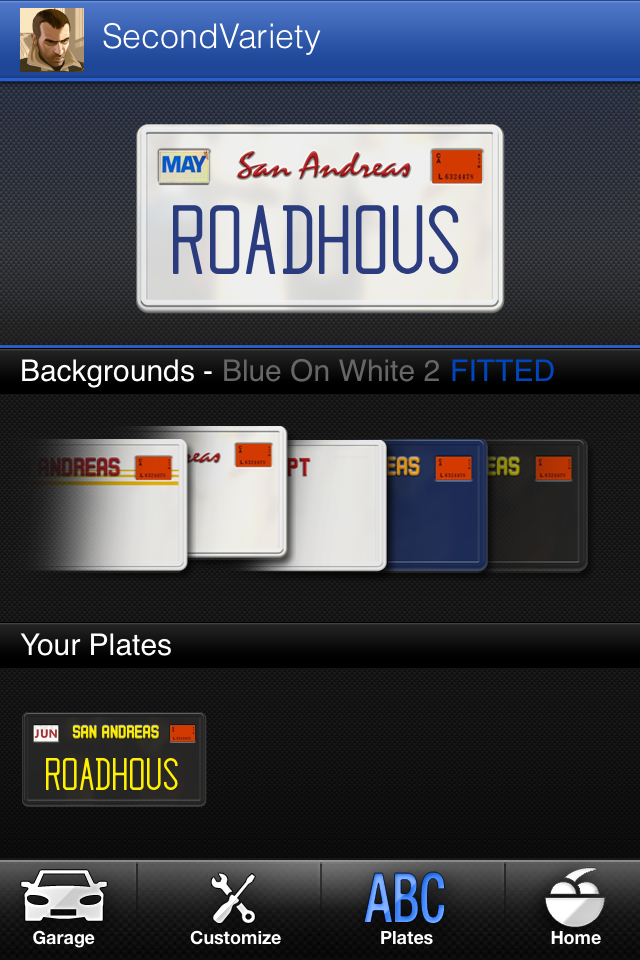 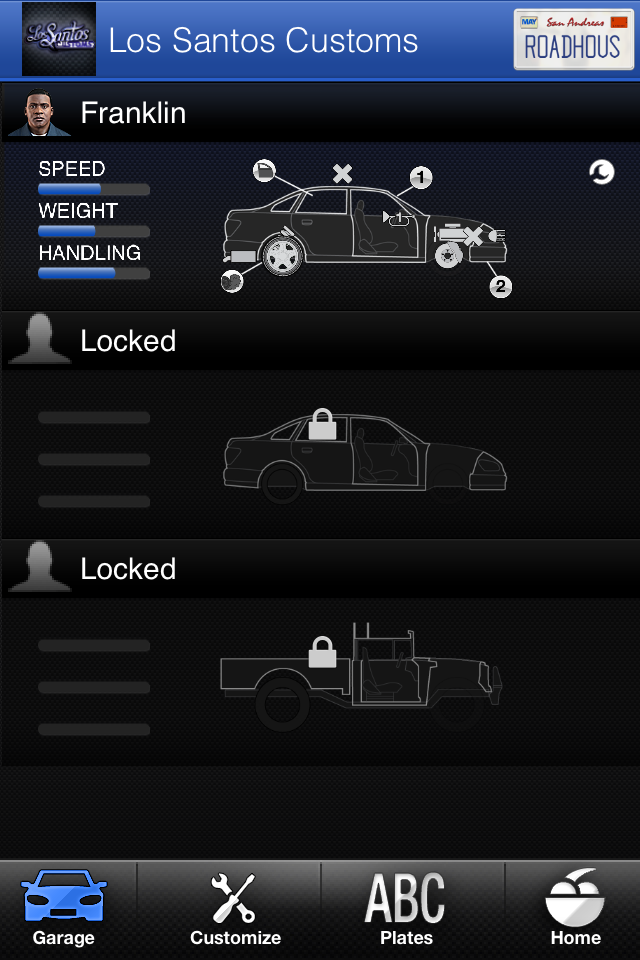 Don’t own an iOS device? Rockstar has promised the free app will soon be heading to Android devices, Windows Phone, and even the PC/Mac platforms. Oh, and at some point today, Rockstar is going to put the entire GTA V 100-plus page manual on the iOS store.

Now to go see how Chop is doing…