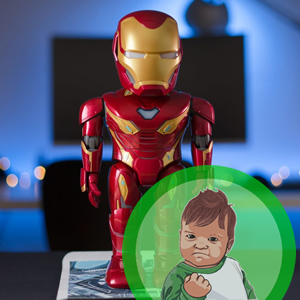 There’s no doubt that the new Marvel Avengers: Endgame Iron Man MK50 Robot by UBTECH ($250) looks cool. But how does it measure up once you get it out of the box? To use other Marvel films as a scale, is it more of a Thor: The Dark World, or a Thor: Ragnorak? My 7 year old and I decided to find out!

The packaging is really nice. Super sleek; definitely looks like it was designed to impress adults more than grab the attention of little kids. That said, you can see frickin’ Iron Man peeking out, so my kid was certainly still very excited to tear into this. 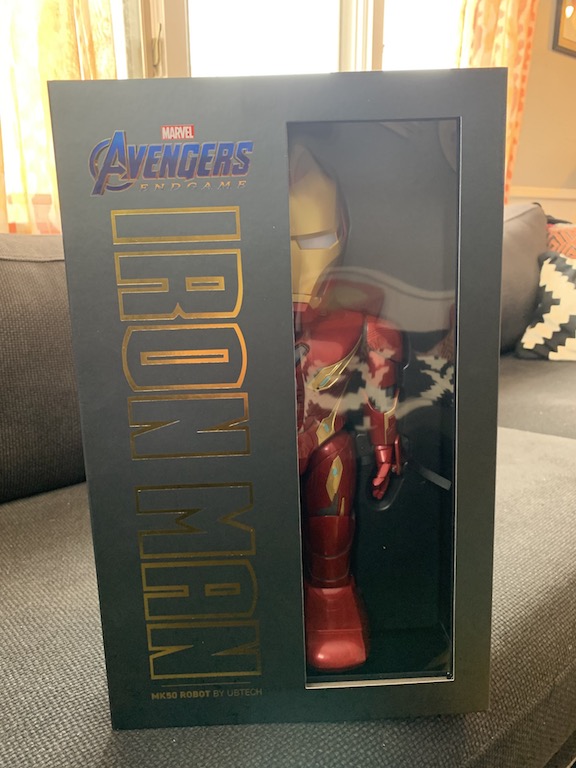 The first thing I noticed about the Iron Man MK50 is how heavy it is. I didn’t actually weigh it, but it’s gotta be close to five pounds. The body isn’t metal, but the paint job makes it look very metal…y (is that a word?). It doesn’t feel cheap, which is good considering it’s really not cheap!

In order to use this robot, you need to download UBTECH’s free app. I did that, then began to read the instruction manual that came in the box. Before I even got past the first page, my son had Iron Man powered up and doing stuff. Kids these days, right?

I basically let him have at it from there. From what I observed, you can manually control the robot (using the iPad like a remote control), program it to follow sequences (via simple drag and drop type coding), or play AR (augmented reality) games with it.

The AR games were for sure the biggest hit. My son was shooting down drones and fighting bad guys in our kitchen for hours–the most fun he’s ever had destroying our house (and because it was all virtual, I didn’t even have to yell at him to clean up after himself!).

The box says Iron Man MK50 is made for ages 14+, but I personally don’t think a teenager would have as much fun with this as my 7 year old did. He’s a pretty advanced little gamer for his age, but the games didn’t look super challenging. I would say 6-10 years old is a more accurate recommended age range. My son has had a few of his buddies over to play since getting it, and they all had a blast with it. You might even say they loved it 3000! 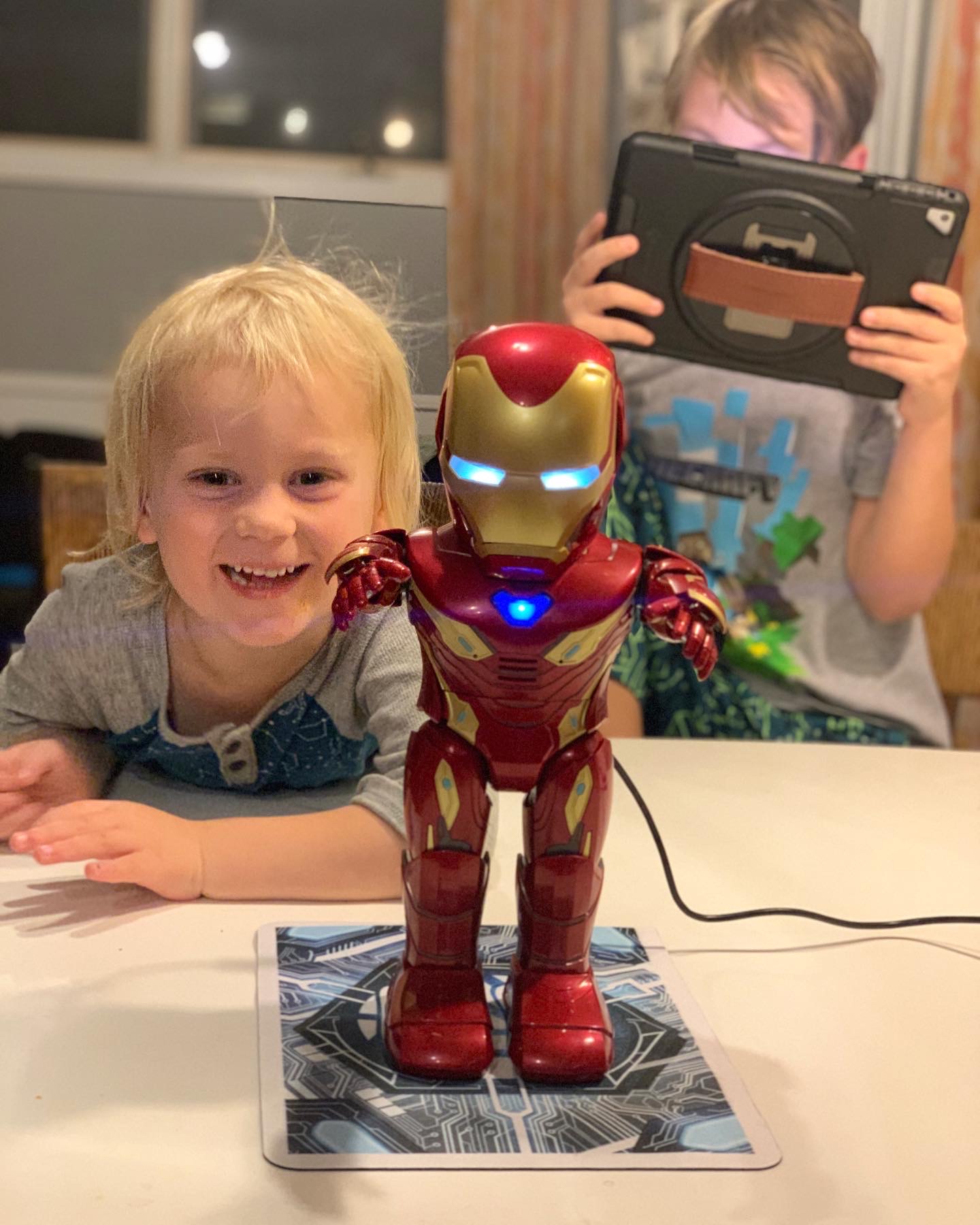 My 3 year old was also quite enamored!

The Iron Man MK50 Robot is a well-made, easy to use tech toy. But it’s price tag, much like Tony Stark’s ego, is perhaps a bit inflated. It’s hard to think of any toy worth over $200, especially when you consider you could almost buy a Nintendo Switch or other gaming console for the same price.

As a collector’s item, it would definitely look awesome displayed on your desk or nerd shelf, but again, probably not for $250. The price is already dropping ($231 on Amazon, $200 directly from UBTECH and $187 at Target via their 25% off one toy coupon), and will probably continue to go down as we get closer to the holidays.

Overall, not quite a Ragnorak; certainly better than a Dark World. Somewhere between Ant-Man and the second Guardians of the Galaxy seems about right.