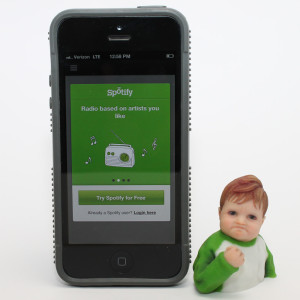 I never thought I would use a subscription music service in a million years. I was used to downloading music from iTunes or Amazon. Well, either a million years have passed, or I gave in to the tantalizing wiles of Spotify. I started with a 60-day free trial of the Premium service and have stuck around for four months since, paying $10 a month.

I’m not alone. Spotify now boasts over 6 million paying subscribers out of a total of 24 million users. That’s not bad considering you can listen to all 17+ million of their songs for free. (For comparison, iTunes has upwards of 28 million songs). There are also no time limits, at least in the U.S. The catch is, you have to deal with ads and you can only stream to your desktop or laptop computer.

On-demand music is great, but let’s face it, it’s easy to run out of music ideas and searching for artists and songs can be time-consuming and boring. Spotify allows you to customize radio stations based on music you listen to, check out popular playlists and use social features to see what other users are listening to.

The next step up is the Unlimited subscription plan which is $5 a month (no commitments). It’s basically the same thing as the free service but with no ads. You can only stream to your computer. And it’s still called Unlimited, even though time limits were removed from free plans last year.

So why go whole hog and pay 10 bucks a month for Premium? If you’re simply going to listen to music on your computer, then it’s not worth it. If you only only listen to a few specific artists or albums, it’s probably not for you. However, if you have a wide listening palette and intend for Spotify to be your primary source of music listening, then there are lot of good reasons to jump onboard. 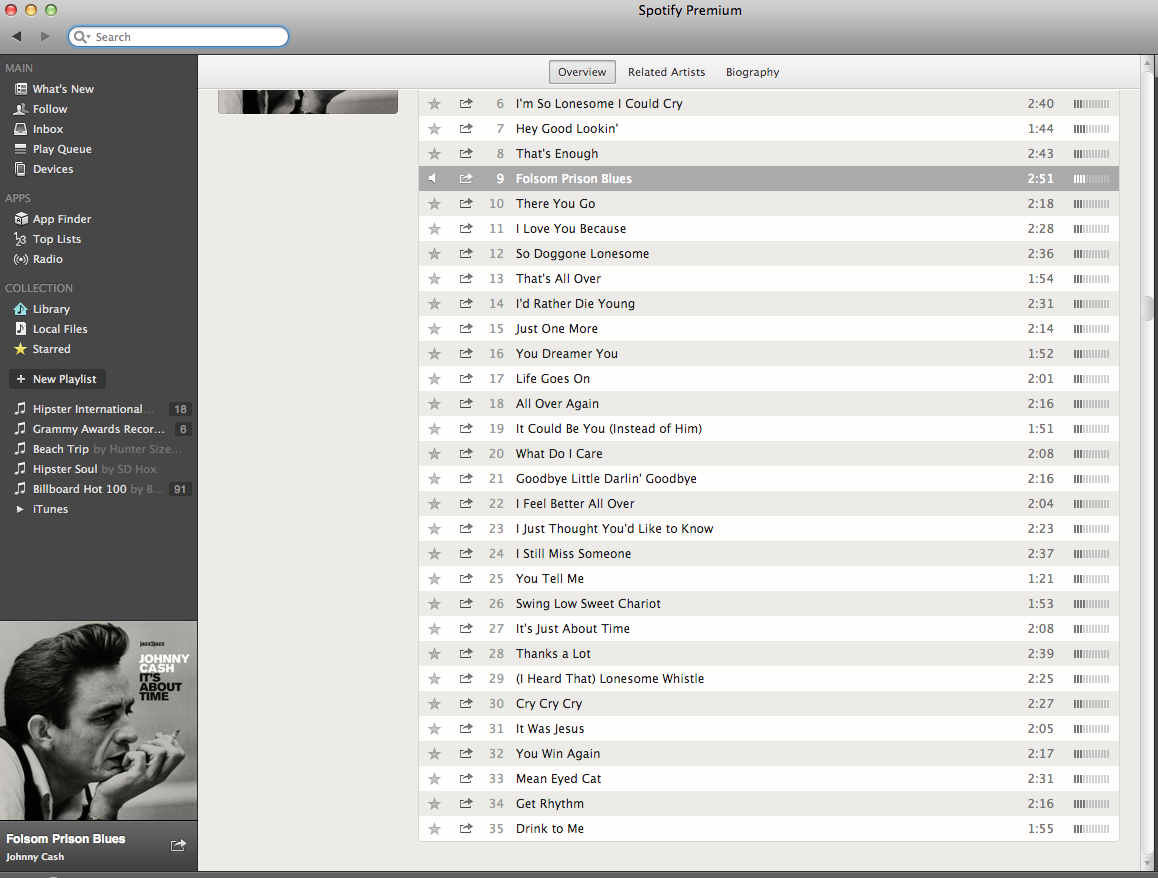 Number one, you can use Spotify on your smartphone, tablet, or other mobile device. Android, iOS, Windows Phone and Symbian users are supported. Number two, you can listen to Spotify offline on those mobile devices. No Wi-Fi necessary, no concerns about data plan limits.

3,333. That’s the number of offline tracks you can have synced on up to 3 devices each. I don’t know about you, but that’s enough offline music for me to have at my fingertips at any given time. It’s suitable for daily commutes or long road trips. And if you get sick of those offline songs, you can always just swap in new ones when you’re online.

Let’s say you actually had over 3,000 offline tracks. (I have under 100.) That’s a pretty sizable music library which would cost you hundreds or thousands of dollars if you bought the music online or offline (new or used). You’d have to subscribe to Spotify Premium for 8 years to spend a grand, and by that time, you’d have probably shuffled your thousands of offline tracks dozens of times.

If you’ve got Premium, you can listen to music around the house without your computer. AirPlay is available for the iPhone and iPad, and you can wirelessly stream your music to AirPlay-enabled devices. I use it to stream to a Philips AirPlay Speaker and an AppleTV with no problems at all and the sound quality is excellent. Unfortunately, Airplay is not currently available for the desktop program, even with the Premium service.

Additionally, premium subscribers can listen to Spotify on a Sonos music player, Logitech Squeezebox, WD TV Live and Boxee Box by logging in with their username.

I use the high bitrate setting (320 kbps) which is only available with Premium. 160 kbps is the standard bitrate on Spotify and not bad, but I can tell the difference on the Philips speaker. Plus, you can sync up your offline tracks on mobile devices at the 320 kbps setting (iOS and Android only).

Spotify still has some glaring gaps in their music catalog. As you may know, Beatles fans are out of luck. Pink Floyd Led Zeppelin are missing. Random things like Radiohead’s excellent 2007 album In Rainbows are not available, but their most recent, The King of Limbs, is. So iTunes and Amazon win there.

Despite this, I still find myself using Spotify almost exclusively, and these days I rarely venture back to purchase a song or album or even to listen to my music on iTunes. Why should I? Not only are all my iTunes music tracks available via the Spotify desktop program, but when I open Spotify, I get a lot of great listening suggestions that I can sample instantly and in their entirety.

With the success of Spotify, it’s no wonder that Apple and Google are planning to join the crowded music subscription arena. They will need to have a compelling service like Spotify, but Spotify already gets it (mostly) right.