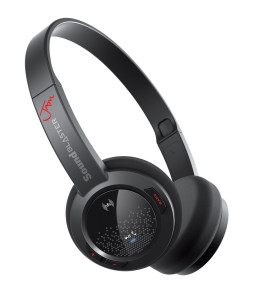 From precocious babies to precocious senior citizens, there isn’t anyone who doesn’t need a pair of headphones these days. There are phones, tablets, laptops and more that need a set of earphones to reach their true potential. Inevitably, that means grabbing a pair of corded headphones, or in some cases, carefully donning an expensive set of wireless headphones. 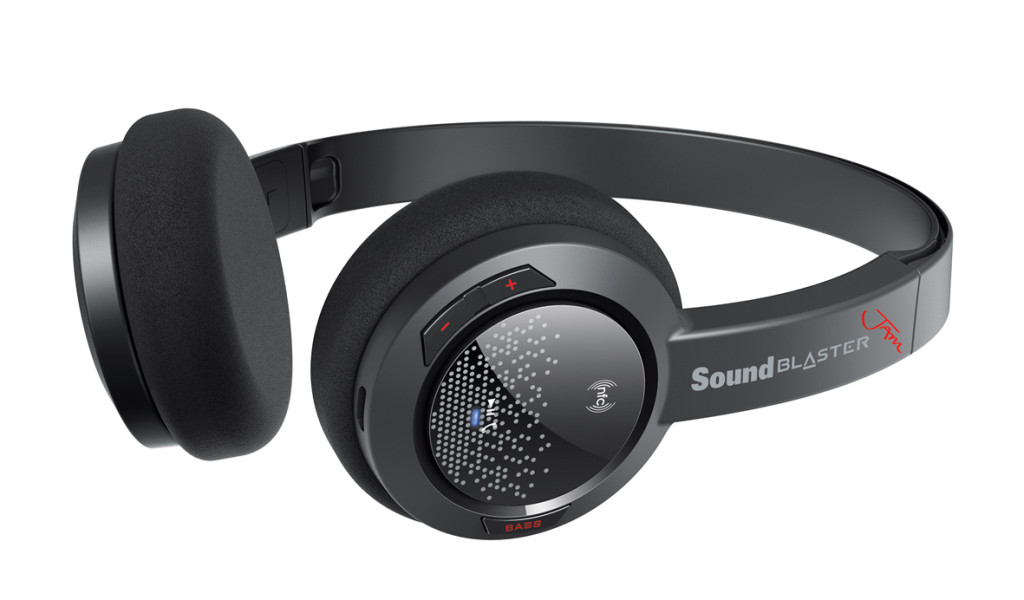 There is a third option, or at least, Creative seems to think so. The Creative Sound Blaster Jam is an inexpensive Bluetooth headset ($49.99 MSRP) that promises support for iOS, Android, PC, and Mac. It’s got onboard controls for music and calls, and it’s got its own volume control and bass boost. That plus a 12 hour battery life and micro USB support, and the Sound Blaster Jam looks like it might have a few uses here and there.

Spoiler alert: I love the Sound Blaster Jam. It’s inexpensive and made out of plastic, and at first glance, I thought it would be entirely forgettable. I had assumed at the onset that the Jam was something good for the home office, but not much else. Wow, I was wrong. Turns out that the Jam is a great a headset to grab when heading out the door.

Not only does it make incredibly efficient use of its built-in rechargeable battery, but no matter how careless I was (like using the headset as I was going to sleep) I never managed to make the Jam run the battery down on its own. I kept thinking that at some point I’d reach to use it, and the battery would be finished. Eventually, it will emit a sad beep, but even if used regularly, it’s easy to forget that last time it needed to be charged. The battery just seems to last for days.

I never had trouble with the signal quality or had funkiness with the controls. (Actually, the Jam does better pausing/unpausing and answering and ending calls with Android 5.0 than my phone’s controls do.) I could even took calls in the wind, on foot, while walking between a busy parking lot and even busier street.

The lone issue I had during use involved a car wash. I was wearing the Jam while washing my car at one of those power wash places. (As I said, I became attached to the well-behaved Jam.) I accidentally dropped about a dollar in quarters and as I was reaching under the car to get the lastquarter, the Jam began to slip out of place. That’s really the end of the story. The Jam didn’t wind up in car wash water, but it’s important not to get so comfortable with the headset that it takes a bad plunge. (I also let the Jam get a little rained on, but you’d never know it.) 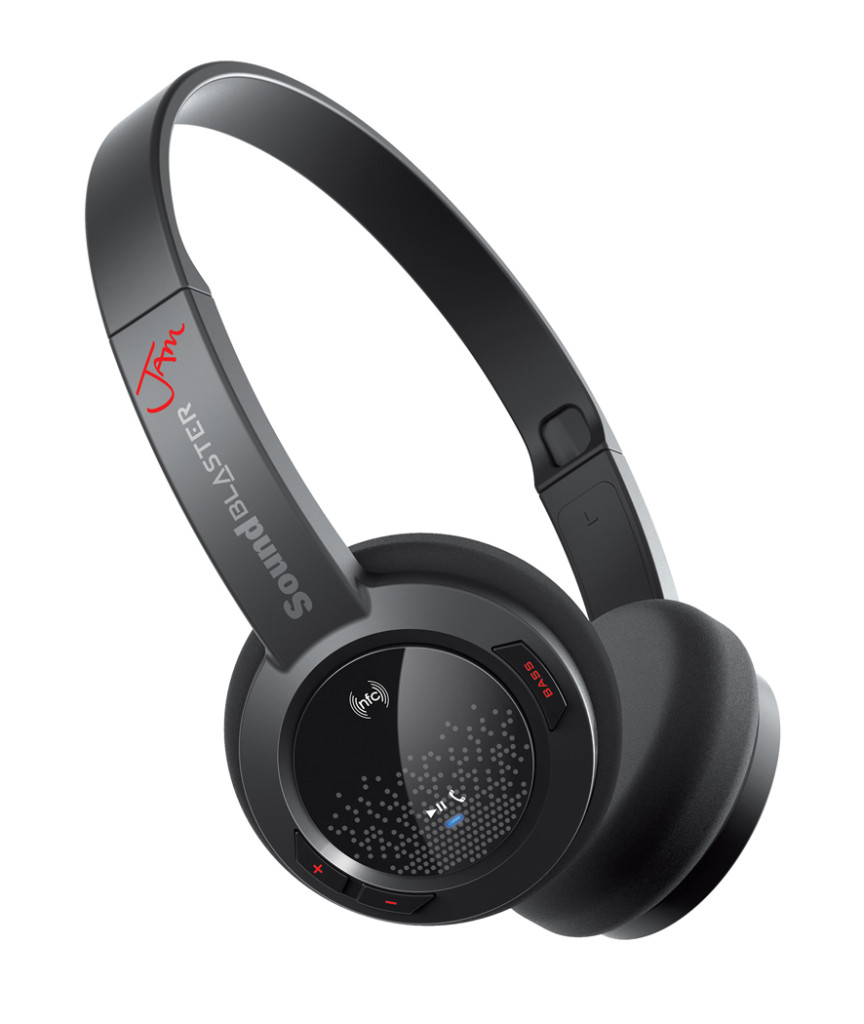 Back to the Future

There’s no escaping it; the Jam is like a headset the makers of ‘Back to the Future’ might have come up with back in the 80’s and 90’s.

Before I tear into the features, let me explain what I mean by this duality of 80’s retro and modern function. The Sound Blaster Jam is a fixed, on-ear design. We are talking the headphone shape that became iconic with Sony’s Walkman. Well, not quite. The Jam’s 32mm drivers that make up the ears are angled in, and the whole set is ultra-light. (It’s almost as though, gasp!, the headset is meant to fit comfortably on the ears.) Amazingly, the updated but classic design works well, and even the red printing of “Jam” on both the headset stalks feels like it’s been lifted from back when MTV had some style.

Of course, retro touches can only take it so far, and a headset’s got to function to be worthy of love. Usually, at this price point or even double this price point, there’s a particular Bluetooth headset design that just gets rebranded and passed back and forth. But fortunately for Creative, they have a stable of engineers and existing products to drawn from. The Jam can seem like a bunch of these engineers types started daring each other to the point that a challenge issued. The result being surprisingly good with a mess of tech packed into a tiny package.

The Jam’s right earphone has the Bluetooth and NFC module, the four control buttons, the invisible mic and the micro USB connector. Paired up with my 2nd Generation Android 5.1 Moto X, and the Jam sounds so much better than most anyone might expect. First of all, the NFC pairing is a joy to use. (It has a traditional hold down to pair function as well, which is good for my iPhone.) The Jam supports A2DP, AVRCP, HFP, all in a Bluetooth 4.1 profile, and that means a spry connection with a range that extends beyond a wall or two.

Even though there’s no aptX, the Jam does surprisingly well with music playback. Sure, the soundstage is a little flat and lossless playback doesn’t make the most sense here, but clarity isn’t at all an issue. The Bass Boost helps and the Jam can get pretty loud. The frequently quiet ‘Interstellar’ soundtrack still exhibits its power while something more active like The Neighborhood’s I Love You still brings its eclectic instrument mix without out a loss of note or line of synth. Considering the music performance, it’s possible that Creative has exactly targeted users that stream music.

The Jam’s volume buttons and bass boost button are strictly for the headset work great. It some cases, the volume buttons change the device’s volume directly and in others, they act as a second volume control.

The Bonus of USB

The Jam charges via micro USB. There’s even a snazzy red USB cable included with the headset. The surprise comes when realizing that in addition to being a Bluetooth headset, the Jam can be used with a PC via USB. As with other Jam features, this isn’t a limitation as it can be used with a PC via Bluetooth, but the idea is that what if the laptop say, doesn’t have Bluetooth, or after a half days nonstop use, the Jam needs to recharge? Then just connect the cable to a PC and it becomes a USB sound card. (There are also times when Windows 7 gets stubborn about using Bluetooth that the USB connection is a godsend.)

Creative even offers a free software bundle for this, but I like the idea of keeping it simple which is easy with USB even without the Creative software. This is especially true, once I realized that the Jam can be connected to a PC via USB while still being connected to a phone via Bluetooth. This dual functionality is just awesome. I can be connected to my laptop via USB and hearing the sounds of ‘South Park: The Stick of Truth’ or watching the new ‘Daredevil’ series, and if a call or text comes in, the Bluetooth connection takes over. When the call is over, the USB connection is right there, ready to go. 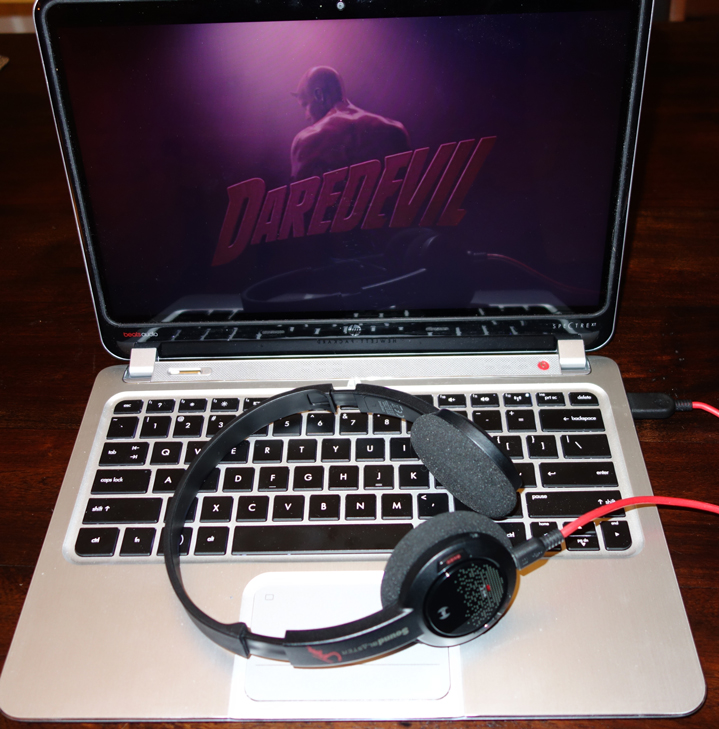 I spent a four day trip in Chicago walking, biking and training around with the Sound Blaster Jam. I listened to ‘Devil in the White City‘ and visited the famous Jackson Park, The Palace of Fine Arts, and other locales of the 1893 World’s Fair, and the Jam did everything I asked. It survived being in packed backpack, and being left on accidentally for hours on end. The Jam was occasionally drowned out when I was walking under the train, but that’s no big shock. (I recommend walking a block away from the train if listening to anything.) When I was on the return flight and the battery finally wore down (btw, the Bluetooth was grand on the plane) I plugged the Jam into a USB battery and kept going. 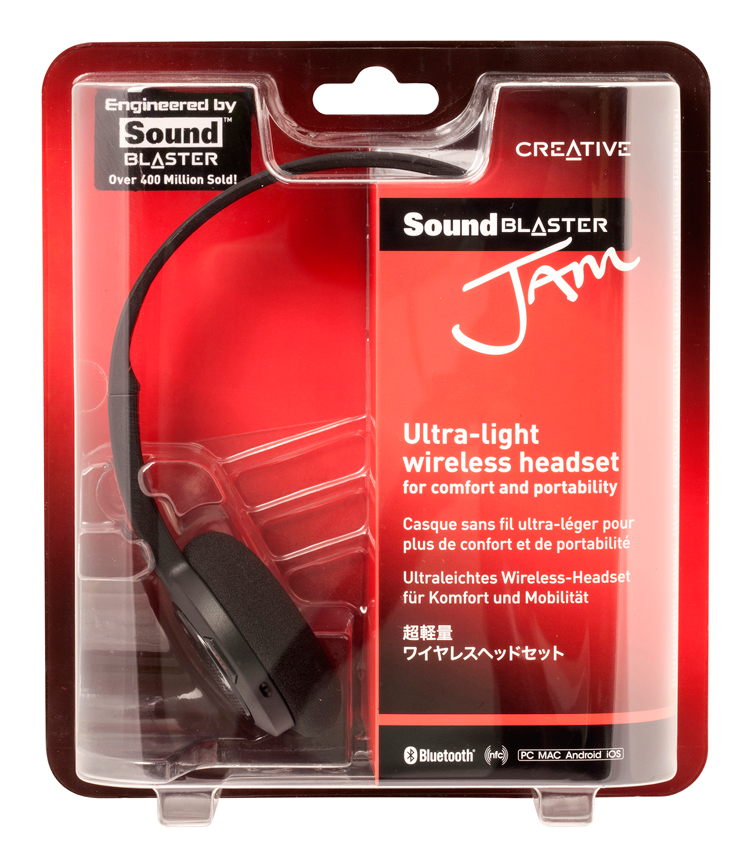 The Sound Blaster Jam is the best inexpensive Bluetooth headset I’ve used by a mile. Its plastic design belies its really rocking body. I fully expected to break it, but it kept on going. The USB PC connection is a major bonus that is only overshadowed by the battery life. For me, wearing the Jam feels a theft from an alternate timeline where no one would be caught dead using corded earbuds.