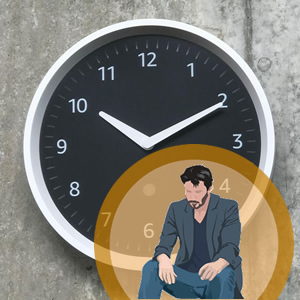 The barrage of Amazon products announced at the Fall Amazon Echo event recently was pretty overwhelming. Beyond the next generation of Echo smart speakers, Amazon expanded into the Home segment with an Alexa-enabled microwave, a smart plug and the Echo Wall Clock.

We got our hands on the Echo Wall Clock this weekend. Inside, you will find the setup instructions, the 10″ Wall Clock, a four pack of Amazon AA batteries, and one wall anchor / screw for hanging the clock. The actual weight of the clock is fairly light. I tried hanging the clock on an angled penny nail in drywall and it was perfectly fine without having to use the wall anchor. 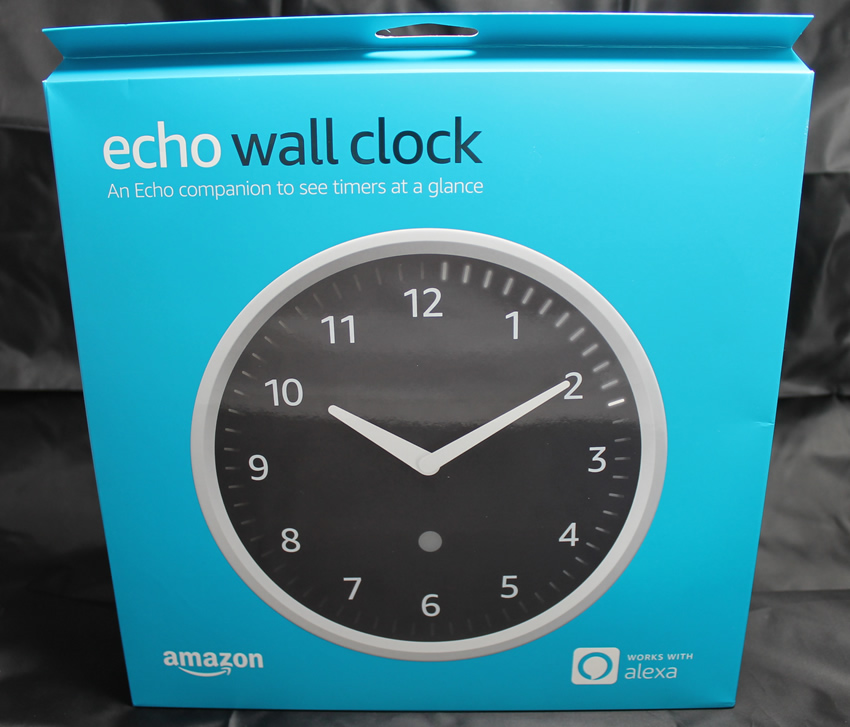 How Does It Work?

Since Alexa tech isn’t built into the clock, you will need to own an Echo device (or Echo app on your smartphone / tablet) to set it up. After installing the four AA batteries, you basically just ask your Echo device to setup the clock.

There’s a tiny blue button on the back to the clock that you push to sync. When your Echo device connects to the Echo Wall Clock (within a range of 30 feet), a LED light on the front of the clock will turn orange, then blue when setup. This is the same light that will turn on when the batteries are low or when there’s a connectivity problem with your Echo device.

The entire process took me less than two minutes. In that time, I connected to my Echo device and the hands on the clock automatically set to the correct time. If you live in a region that observes daylight savings time, you won’t have to change your clocks. Your Echo device will automatically update your clock (similar to your smartphone). 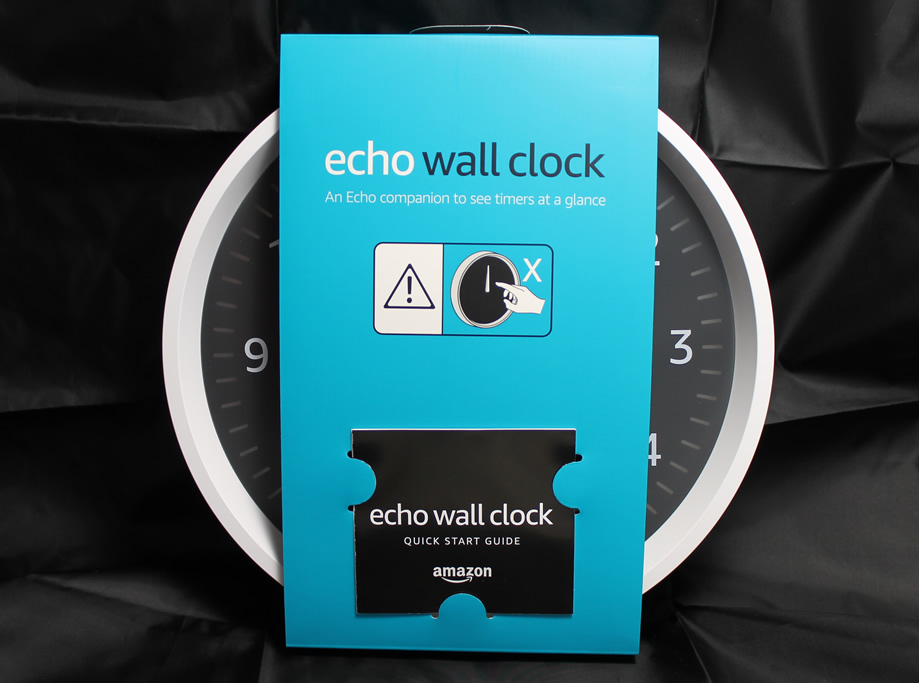 You have the ability to set multiple timers via your Echo device and those timers will show up on the clock face via bright white LED lights. A timer of 1 minute or less with light up to 60 LEDs and those will disappear as the seconds go by. A timer of more than 1 minute will light up multiple LED lights around the clock face going clockwise (each light is one minute).

If you have set several timers, you will see single lights representing each timer. For instance, setting a timer for 15 minutes and a timer for 45 minutes will light up two LED lights, one at the 3 on the clock face and the other at the 9 on the clock face. Those lights will move as the timer counts down.

There are no speakers in the clock, thus there’s no audio cue coming from the clock when your timer has finished (only a visual LED flourish at the end). The clock hands are also relatively silent, no “tick, tock” sound of a second hand obviously.

You do have to keep the clock within 30 feet of your Echo device for timer functionality (in order to connect via Bluetooth). You are also limited to connecting a single Echo device to the clock (also due to Bluetooth). Ideally, you will want the clock and Echo device in the same room, but it still works from about a room away. 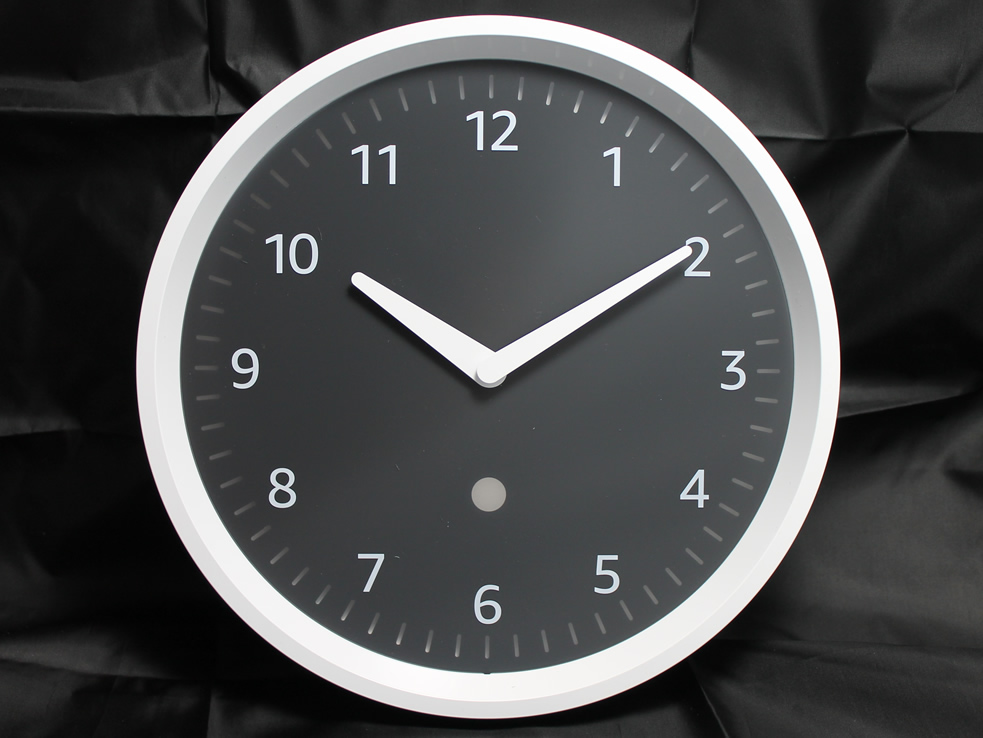 How Does It Look?

I asked my wife this question and her response was one word, “Ugly.” I can’t really disagree. The build quality feels a bit cheap in my hands and the design reminds me of a classroom / office clock; not a clock that’s designed for a warm, inviting home. While the utilitarian design does make the clock easy to read / see LEDs, the black & white design is arguably boring.

The fact there’s no clear protective glass / plastic covering the face of the clock bugs me for a couple reasons. First, dust / pet hair seems to stick to the clock face, even when hanging it on the wall. Seems like you will have to clean it occasionally and carefully clean under the clock hands as well. 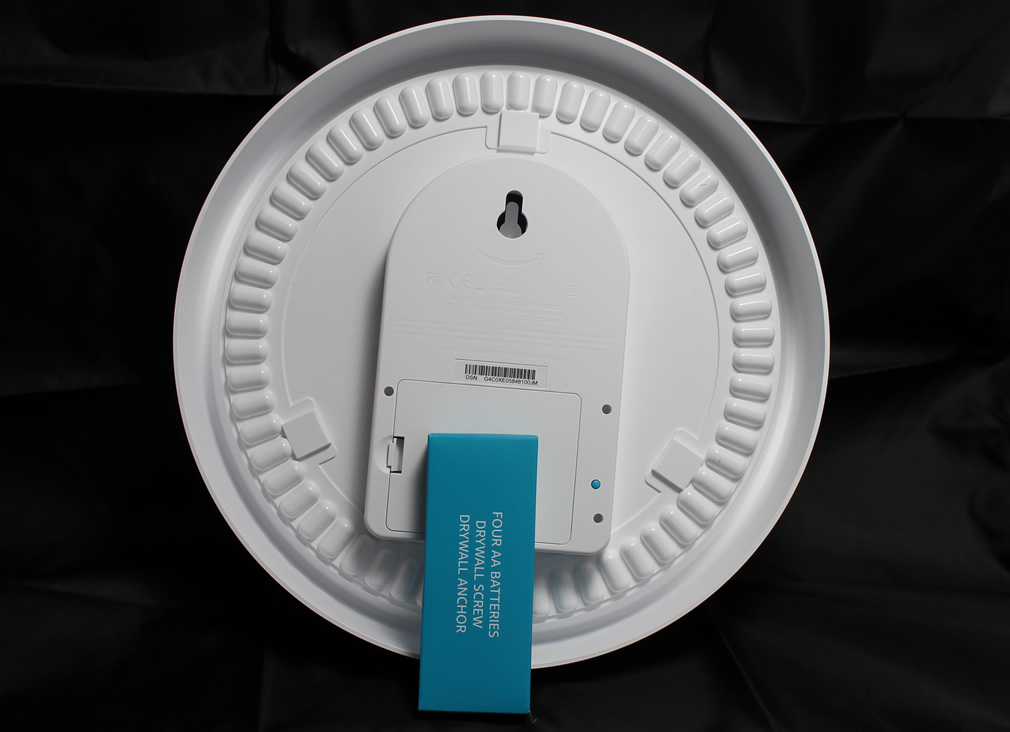 Second, if you move from apartment to apartment relatively frequently, you will have to protect the clock face with bubble wrap (or save the original box). It seems like the hands could be easily bent / broken in a moving box; also not ideal if you have young kids in the house & the clock in a position where they could reach it (like on a stand).

The white LED lights are probably the coolest aspect of the design, although it would have been nice to have different colors for multiple timers. I do really like the final minute of the timer, easy to spot when the LED lights are ticking away. I also like the LED flourish when the timer goes off, easily capturing your attention if you can’t hear your Echo device. 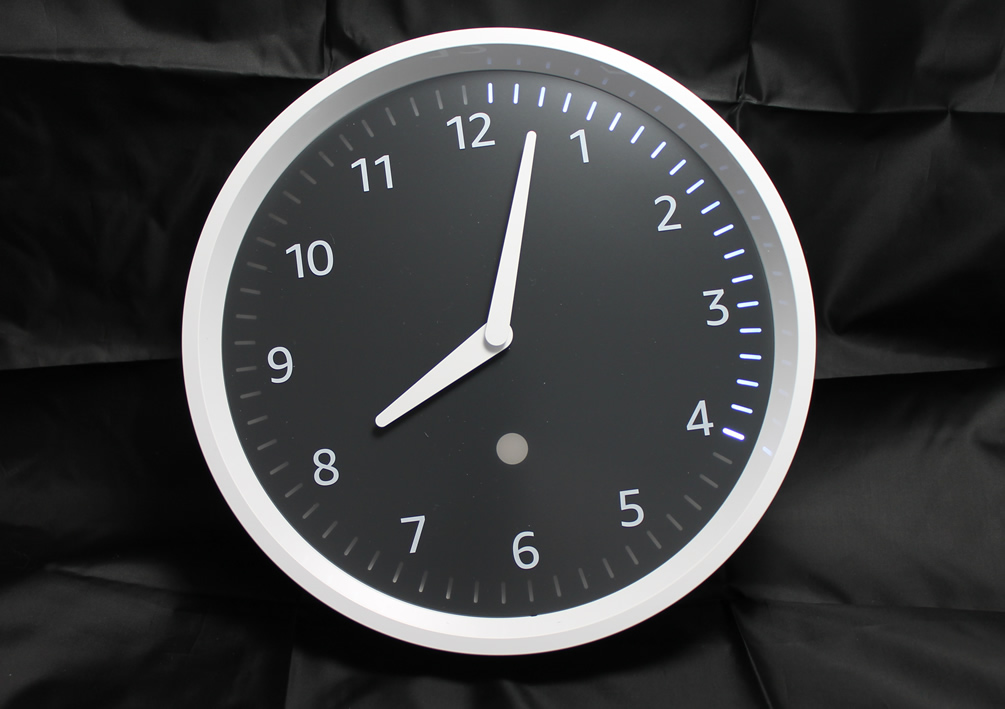 Alexa, set a timer for 20 minutes.

Should You Buy This?

It really depends how much you use timers. Personally, I like using Echo timers when I cook. I can set multiple timers on my Echo in the kitchen, head into my living room where the clock is located and watch for the visual cue when my timer goes off. I could see how this would be useful with kids as well, setting visual timers for TV / video game time or perhaps even a visual timer for a time-out.

If you don’t use timers, you should probably skip this first gen version of the Echo Wall Clock. Having a wall clock that adjusts itself automatically is nice, but you are paying a premium price for a fairly cheap looking clock. I’d wait until 3rd party clock makers incorporate Alexa into their own clocks or Amazon releases a second generation of clocks with several designs. Adding a feature like a small E-Ink display for the current Day / Month would be useful on a new design, for instance.

Regarding price point, $30 is just a bit steep for this gadget. $15 – $20 seems like a solid price point based on build quality / functionality. This is the first time Amazon has released a clock, thus we have no price history to predict price drops. However, you may see sales on the Echo Wall Clock by Spring 2019, especially if third party clock makers embrace Alexa as a feature.