Amazon Fire TV Cube Review: Well, It Can Turn On Your TV 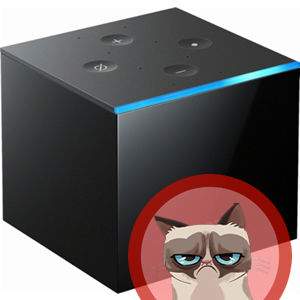 The Amazon Fire TV Cube, you might have heard, has had issues. Introduced in the summer, the Fire TV Cube—a hybrid of Amazon’s phenomenally successful Echo and its Fire TV streaming player—was marketed as the device that would replace your remote control. A few short months later, the Cube was “re-released” with the updated Alexa Voice Remote which features power, volume and mute buttons… probably because Cube owners got tired of shouting at it to turn up the volume, then waiting for it to hear the command (which paused the picture), then hearing the volume go up (but not enough) and repeating the process… well you get the picture.

Is the Cube really that bad? Read on to find out…

What’s the Deal with the Remotes? 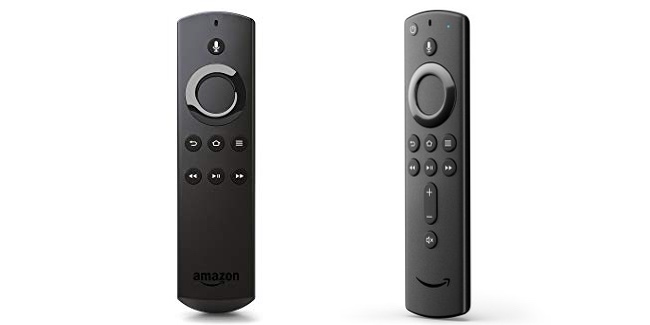 The unit I reviewed is the summer 2018 model, i.e. the one with the remote without the volume buttons. Aside from the remote, it’s identical in every way to the fall 2018 model. People stuck with the “1st gen” model can buy the remote with volume buttons for an extra $30. You can also just use the free Amazon Fire TV app which has volume buttons, but why bother when you can use your voice! Oh, right, about that…

Actually, all owners of a Fire TV Cube registered before October 2 can purchase the new remote for half off. Contact Amazon customer service to inquire about the promotion. (You may have also received an email about it.)

If you’re lucky, you might find remaining stock of those summer models still floating around at a cheap price, like $60 or less. Amazon dropped the fall model to $60 for Black Friday and it’s currently at $70, which is $50 under its original asking price. That puts the Fire TV Cube much closer to the price of the Fire TV Stick 4K ($35 to $50), and you might even rationalize the purchase because it’s not only a Fire TV 4K, it’s an Echo! Oh, right, about that…

Do I Hear an Echo?

If you already have an Echo, the Fire TV Cube might seem a bit redundant… especially when they’re in the same room together and start interrupting each other. I already had an Echo in the living room about 8 feet away, so saying “Alexa” to the Fire TV Cube awakened both devices. Sometimes the Echo stole the command and vice versa—never mind that the Fire TV Cube has a “priority” setting on by default, which means it’s supposed to hear commands first over other Alexa devices.

There is a simple solution. You can either turn off the mic on your Echo, or change the wake word for one of the devices in the Alexa app settings. You only get four choices for wake words: Alexa, Amazon, computer, or Echo. “Echo” didn’t sound right for the Cube, so I chose “Amazon.” Calling the Cube “Amazon” seemed like sad defeat, but the show must go on! 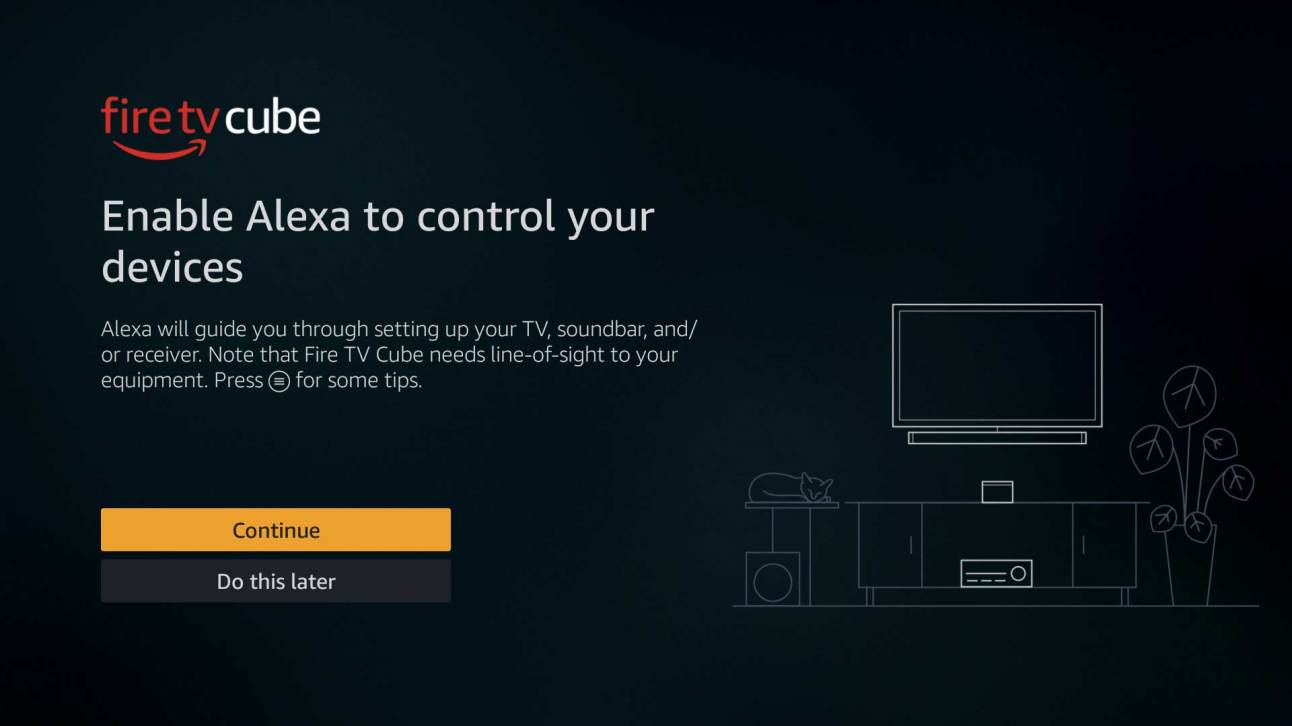 Inside the box, you get an optional IR extender cable for controlling devices that are in closed cabinets, plus an optional ethernet adapter. You don’t need these accessories to operate the Cube, but Amazon included them, which is nice. What you do need is an HDMI cable to hook up to your TV.

The real magic of the Cube really occurs during setup, which takes about 10 minutes. After you download the updates and go through the registration, the Cube will guide you through a series of steps where it turns on and off your TV—and soundbar if you have one—without you having to do much beyond entering the brand name. (Okay, it’s not really magic but a thing called HDMI-CEC that a lot of electronics use to communicate with each other. The Cube adds voice control to the mix.)

It’s fun to say, “Alexa, turn on the TV,” and it just works. That might be the only thing that works well, but the Cube really gets that right.

By the way, before you move on, I recommend going to Settings > Preferences > Privacy Settings. Data collection is on by default, but you probably don’t want that. 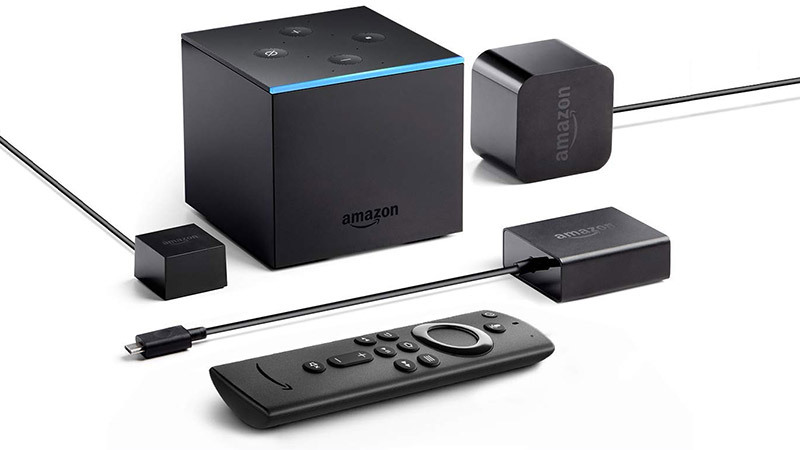 Unfortunately, the Fire TV Cube has a lot of quirks that get in the way of smooth operation. It’s simply not as intuitive as the Echo which, to be fair, is not going to be asked to do the same kinds of things a Cube will be asked to do.

It all boils down to the way people are used to navigating around their TV and media player menus. Telling Alexa to “scroll down,” “scroll right,” “select number 1” or “play number 1” is a lot slower (and buggier) than pressing those buttons on a remote. Being able to tell Alexa to play “Stranger Things” sounds great in theory, but this is not what people really do. What they really do is pick up on Season 2, Episode 2 and resume from where they left off. It’s just way faster to do that by remote.

Besides, the Cube has so many false starts with navigation commands, it quickly becomes frustrating. Unlike with the Echo and music, the Cube has trouble understanding what it is you want to resume or play or pause or find. Want to go to the main menu? Alexa has no clue. (You have to say “Go to home.”)

Here’s a case in point. I was preparing to watch The Incredibles 2. The screen displayed two buttons: “Watch Now” or “Watch Later.” Should’ve been simple to tell Alexa to play the video. But no. After over 20 different combinations of commands involving “watch now,” “watch later,” “press button,” “play Incredibles 2” and various angry invocations, I finally had to resort to (gasp) pressing a button on the remote. With my finger.

Scrolling the menu vertically and horizontally is a painful process. Imagine scrolling with an arrow key on a web page but instead having to shout a command for each button press. And this is just in the Amazon video app! 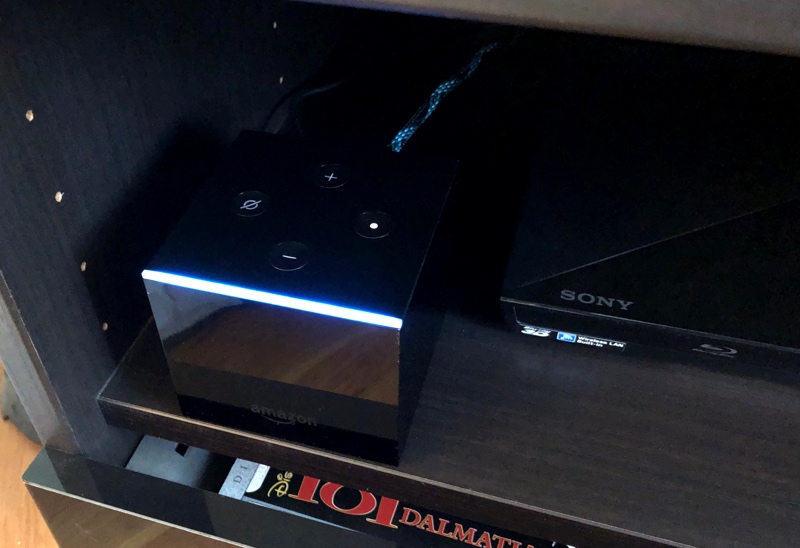 The Fire TV Cube can also switch to your other connected devices, like a Roku, Xbox or Blu-ray player, on voice command. And…that’s where it ends. You’ve got to pick up your remote to actually operate those devices. What, you didn’t think Alexa would help out with those, did you?

Although you can fiddle with the default equipment control settings, Alexa sometimes randomly speaks via the Cube’s internal speakers rather than the sound bar (or TV), which can be off-putting. Or goes completely silent when it’s confused as to which audio output to use.

The Cube won’t play music like an Echo, either. It will turn the TV on whether you want it on or not, so you’ll see oversized cover art and occasional lyrics (when available). It does give you the weather report without turning the TV on, so there’s that. (If you do have the TV on already, you’ll see some snappy weather graphics.)

Because it’s technically “not an Echo,” you also can’t add the Cube to a group for multi-room music. 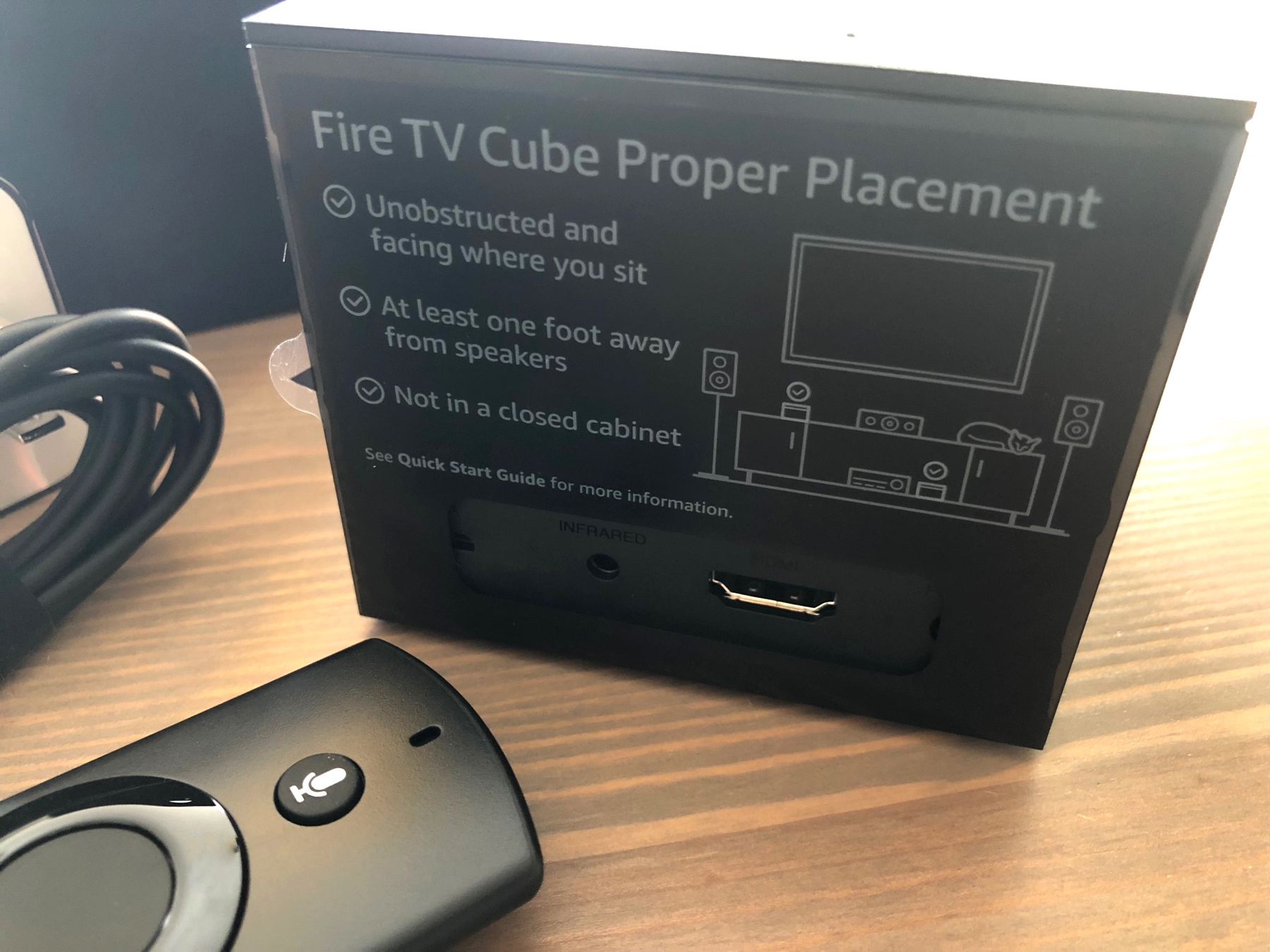 Voice control, sadly, does not work on cats

You might be wondering then if anyone might want the Fire TV Cube, given its many shortcomings. Well, if you happen  to find the Cube on sale, and are fine using it with the remote as a standard streaming media player, it’s a very good one with 4K, Dolby Atmos and HDR10 support plus a  fast quad-core processor. (Note: it does not have Dolby Vision compatibility like the new Fire Stick 4K.)

For tinkerers, the Cube has a micro USB port which is useful for hooking up an external drive, USB hub, or keyboards and mice. Like other Fire TV devices, you can still sideload third-party apps like Kodi via Settings > System > Developer Options.

If you simply like the idea of turning on your TV by voice command, the Cube will do that pretty well. Of course, there are a lot of TVs coming out now that have this feature built-in, which makes the Cube look more and more like the one-trick pony that it is, but YMMV as Amazon continues to update the firmware.