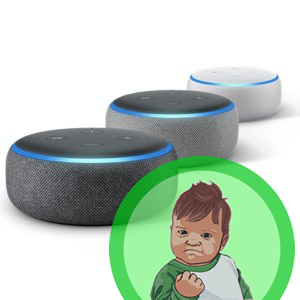 Amazon’s new Echo Dot 3rd Generation Smart Speaker will be one of the hottest tech goodies of the 2018 holiday shopping season, especially during the Thanksgiving and Black Friday sales. Regularly $50, it will be $24 or $25 from a number of retailers, including Amazon of course, but also Target, Best Buy, Kohl’s and others.

On Amazon, you can currently buy three of the 3rd Gen Echo Dots for $70 (discount at checkout). That’s just $23 (and some change) per unit.

The Echo Dot 2nd Generation, which got dropped to a regular price of $40, will be $20 on Amazon during Thanksgiving and Black Friday as well as at other retailers like Target and Best Buy.

After reviewing the new 3rd Gen model and comparing it to its predecessor, I think the Echo Dot 3 is worth the extra $5 (or $10) in the long run, with one very minor caveat, which I will get to later. 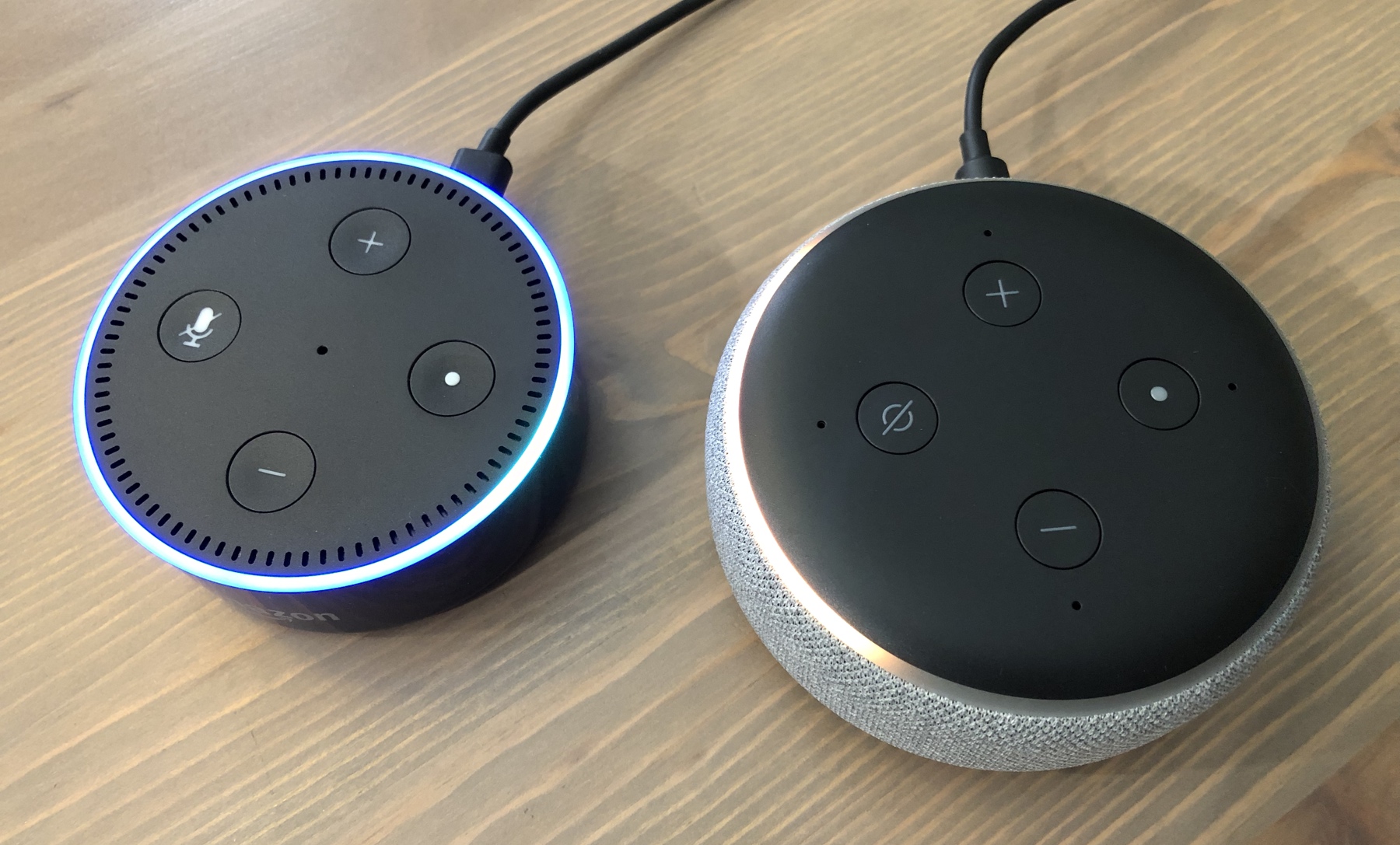 Released in October 2018, the new Echo Dot is noticeably larger, measuring 3.9 inches in diameter and 1.7 inches tall, compared to the 3.3-inch by 1.3-inch size of the first two generations. The form factor still retains the iconic “hockey puck” shape.  Available in 3 colors (charcoal, sandstone and heather gray), the Dot looks like a shrunken-down version of the new Echo Plus and the design of both new models harkens back to last year’s revamp of the standard Echo, which introduced the fabric wrap-around and the same color choices. In a subtle but welcome change, the edges of the new Dot (and Plus) are more rounded than the 2017 Echo, which gives the overall appearance a classier feel.

The Echo Dot, when compared to the sea of small Bluetooth speakers out there, is not the smallest or best sounding. It’s not even technically portable, because there’s no rechargeable battery. The ill-fated Amazon Tap had a battery, but it seems like Amazon hasn’t yet figured out how to balance always-on voice capabilities with fantastic battery life. So for now, you need to plug the Echo Dot into an outlet. So while it’s “portable” because it’s small, you still need to carry around its power brick, which is now a larger 15w adapter with a barrel plug, compared to the 2nd Gen’s 9W adapter with a detachable micro USB cable.

You can choose to use the Echo Dot 3 as only a Bluetooth speaker: turn off the microphone, pair it with your mobile device and avoid any further concerns about privacy. But you still have to initially connect it to your Wi-Fi, and besides that’s not why we buy the Echo. We know the Dot can do much more than with Alexa, Amazon’s now famous “always on” voice control assistant. 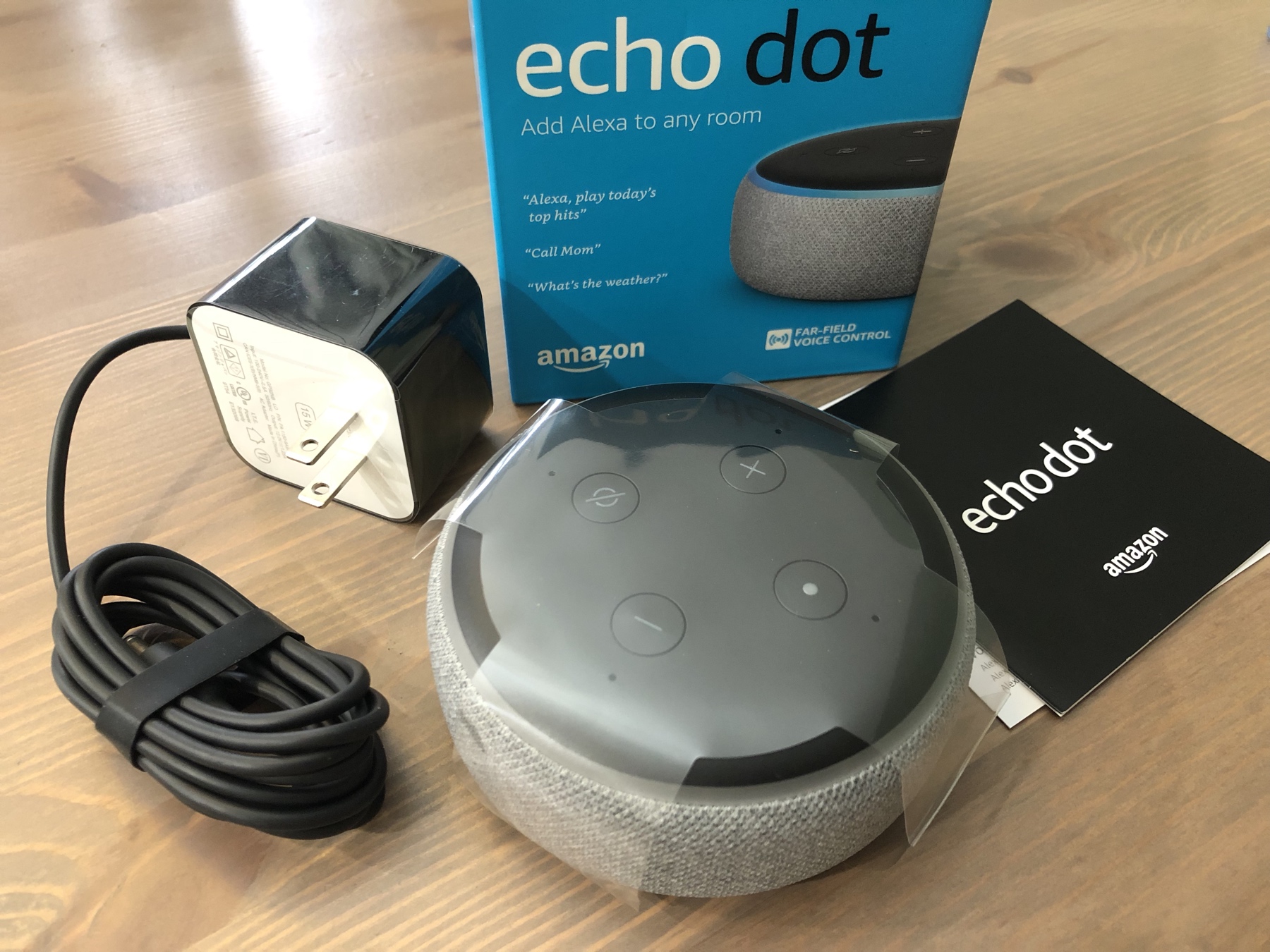 As is standard for these Amazon devices, it’s a simple 5-minute setup, but you do need the Alexa iOS or Android app and a Wi-Fi network. Within 5 minutes of powering up the 3rd Gen Echo Dot and connecting it to my home network, Alexa reminded me she was there, saying the Dot had received an update and needed to restart. After that, it was smooth sailing.

The 2nd Gen Echo Dot was a great little smart speaker, but its biggest drawback was that it really wasn’t a standalone device. The speaker sounded harsh and metallic, and while serviceable for Alexa’s voice, you really needed to plug in or pair up a real speaker (or speakers) to get decent sound. With the new iteration, Amazon has really made the Echo Dot a standalone speaker, albeit one for small spaces (“near field”) and one that isn’t going to stand up to close scrutiny, audio-wise. You can still plug in the 3rd Gen model to another speaker via 3.5mm cable or pair it via Bluetooth.

The speaker on the new Dot has a bigger driver than the previous model (1.6 inches vs. 1.1 inches). It’s able to reach higher volumes without distorting as quickly. Really, there’s almost no comparison since the 2nd Gen Dot has terrible, low-fidelity sound.

A better comparison to the new Echo Dot’s sound is the standard Echo. While the Echo does have better overall sound, the Echo Dot 3 does have comparable mid-range capability and only slightly worse highs. Where it does falter is on the low end (bass), which is not surprising given its diminutive size.

The much-improved sound gives you the flexibility to use the Dot by itself, although you won’t get as pleasing a sound or as big a soundstage as you will find on the larger Echo speakers. 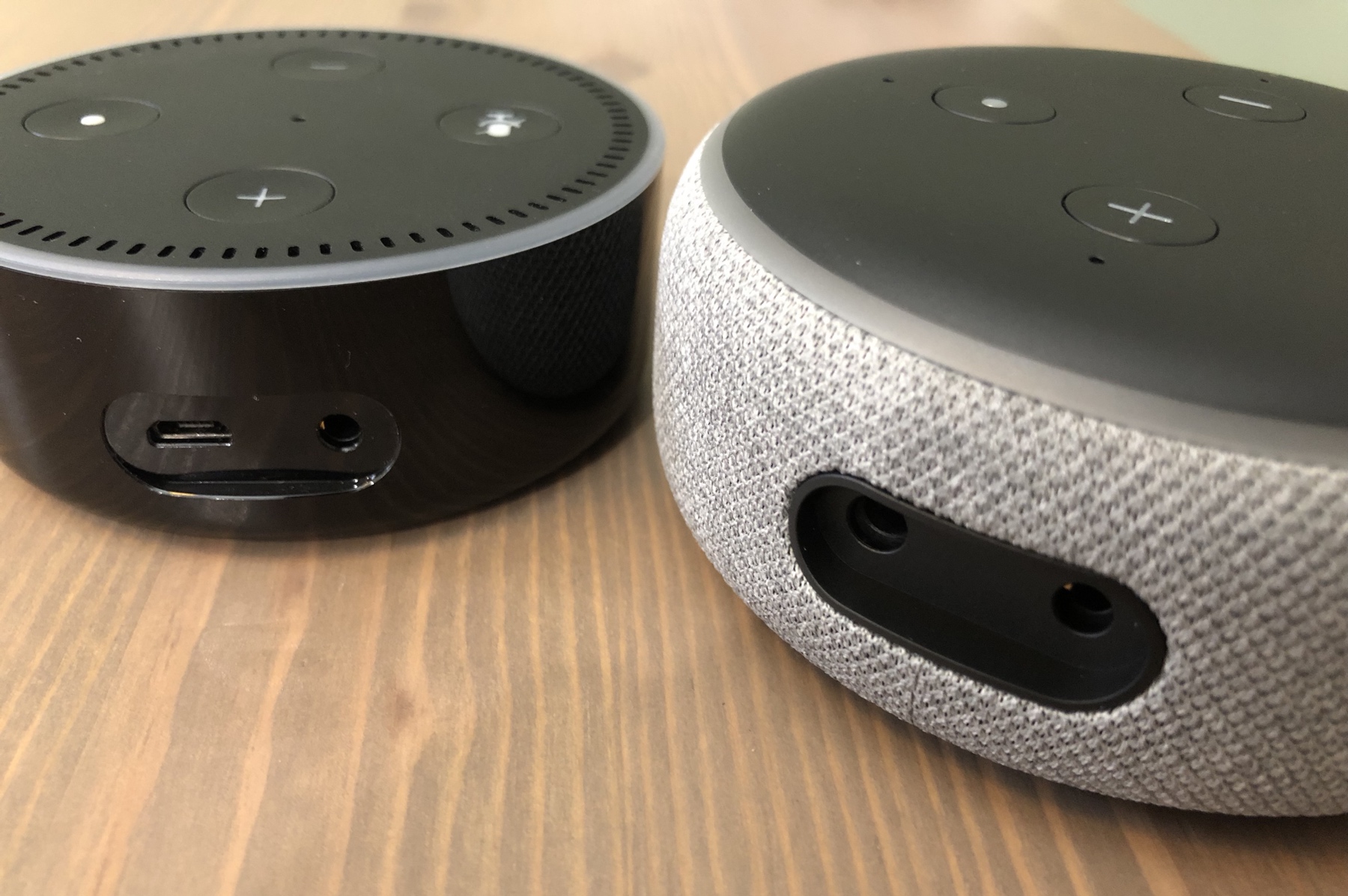 Both models have a 3.5mm port

I found the mics (four far-field mics) to be very sensitive—almost slightly too sensitive–with Alexa occasionally interrupting music to listen. I didn’t necessarily find the Echo Dot 3 to be better at recognizing voice commands than its predecessor. 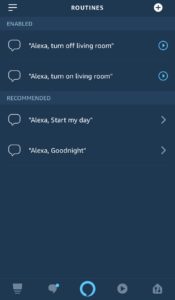 The 3rd Generation model doesn’t make any advancements in what it can do as a smart speaker. The improvements are solely audio- and cosmetic-related. However, there are a lot of great things you can do with Echo devices, especially when you have more than one, like using them in a Sonos-style multi-room setup (through the Alexa app). Now that the Echo Dot 3 has decent standalone sound, it’s a lot more affordable to install such a setup in your home.

On that note, I encourage you to find out more of what the Echo Dot can do via the Alexa app, where you can also do things like enable “Follow-up Mode” (via Device Settings), which will keep Alexa listening for 5 seconds after your initial request, or “Routines,” where you can have Alexa do a sequence of smart home commands, like turning off the kitchen lights and the living room lights at the same time.

So here’s the one caveat to buying the Echo Dot 3 over the Echo Dot 2: the new model is behind the 2nd Gen Dot in third-party accessories, especially the popular speaker and portable battery docks. In time, I’m sure the 3rd Gen model will get its own slew of accessories, but if you can’t wait or already own these accessories, then the Echo Dot might be a better choice.

Still, I think the 3rd Gen Echo Dot will sound good enough for most people and be portable enough that it will become one of Amazon’s all-time top-selling devices.

Check for Echo Deals on Ben’s