Holiday Gift Guide 2019: Toys That Live Up to the Hype

It seems each year toys get more expensive, but the quality doesn’t always follow. Thanks in part to YouTube, the “unboxing” experience is almost more important than what’s actually in the box these days, often leading to a few minutes of excitement…and then a lot of junk taking up space in the play room.

So where have all the good toys gone? Here are a few of the best toys of 2019 that should actually get played with long after the initial thrill of opening them is over.

The toy robot market has become quite oversaturated over the last few years. More and more options available, but they all seem to kind of do the same stuff. The fact that the Artie 3000 Drawing Robot combines coding/STEM skills with art sets it apart from the all the other robots fighting to win your money and a place in your kids’ toy box.

Younger kids can tell Artie what to draw using simple “drag and drop” coding, while older kids can code it using more advanced methods like Blockly, Snap!, Python and JavaScript. What I really like is that Artie’s drawings are not just “virtual”, displayed on a phone or tablet screen–it actually draws on paper with markers. Cool to see a toy that not only aims to help kids develop the analytical part of their brains, but the creative part too. 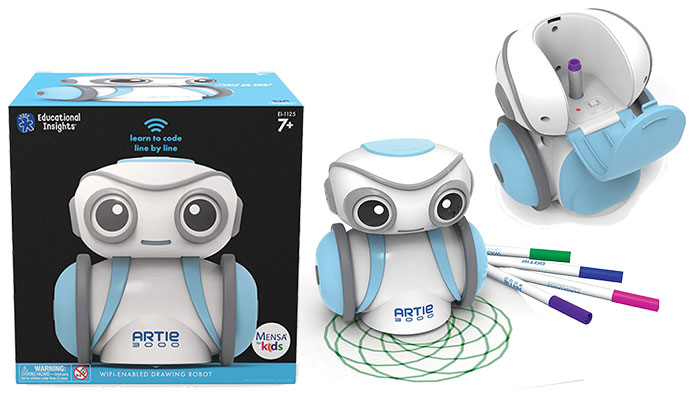 I always like to include a Fisher-Price Imaginext toy on this list because they are really just one of the most consistently high quality brands out there. They keep kids interested, they don’t break, and they’re not obnoxiously loud. My youngest child’s favorite toy is the Imaginext Batcave my oldest child got for Christmas…6 years ago.

This year’s Fisher-Price Imaginext Disney Pixar Toy Story 4 Buzz Lightyear Robot is sure to be another hit! It’s big, it shoots stuff, it launches spaceships–what more could any preschooler need? The price point is pretty reasonable too–we’ve already seen it as low as $30. 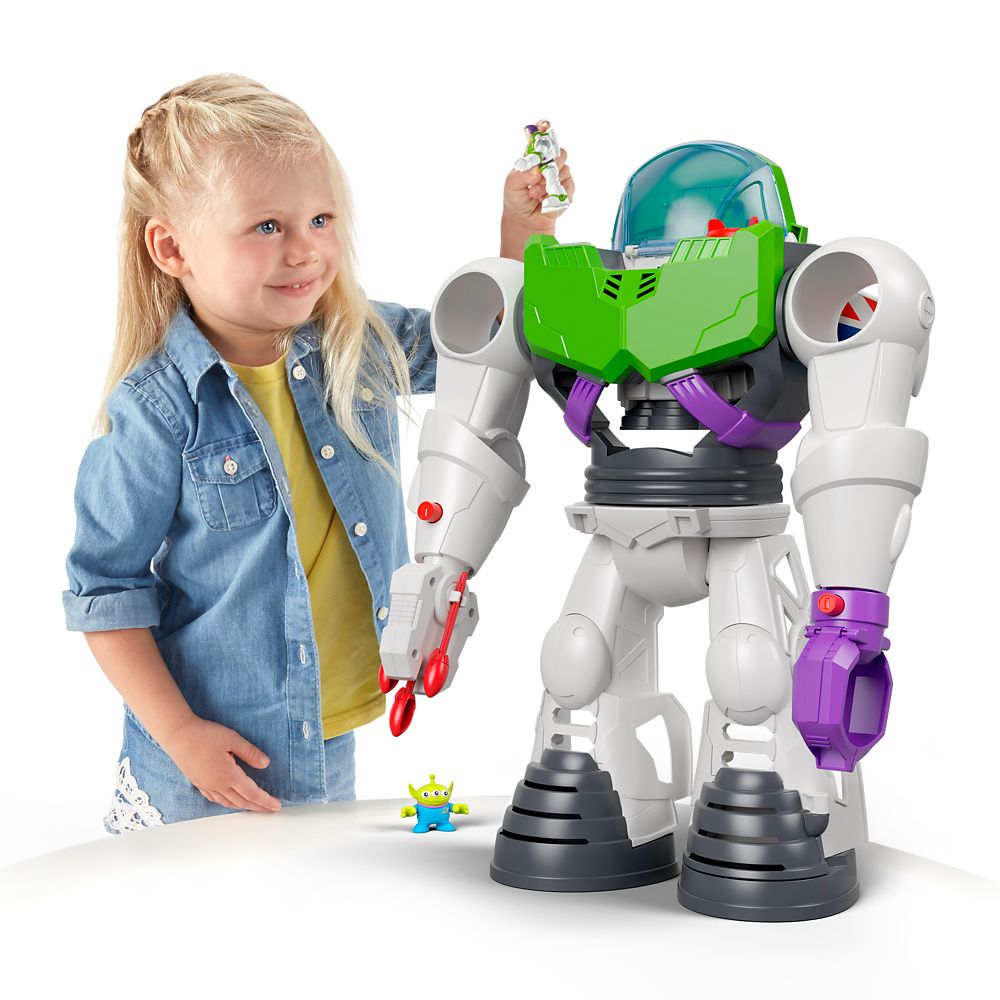 Clearly the best building toy is always going to be a LEGO set, the question is which LEGO set! There are a ton of new Star Wars sets this season, both from the upcoming Rise of Skywalker movie and the soon to be streaming Disney+ show, The Mandalorian. Of the SW sets, my pick is the new LEGO Star Wars Millennium Falcon. It’s still big (1,351 pieces) but at $160 it’s slightly more affordable than the $800 Ultimate Collector’s Falcon from a couple years ago.

Another option to think about is a LEGO “rental” subscription like NetBricks ($24 to $39/month). A good option for kids (or adults) who enjoy the building process more than playing with or displaying the completed sets. 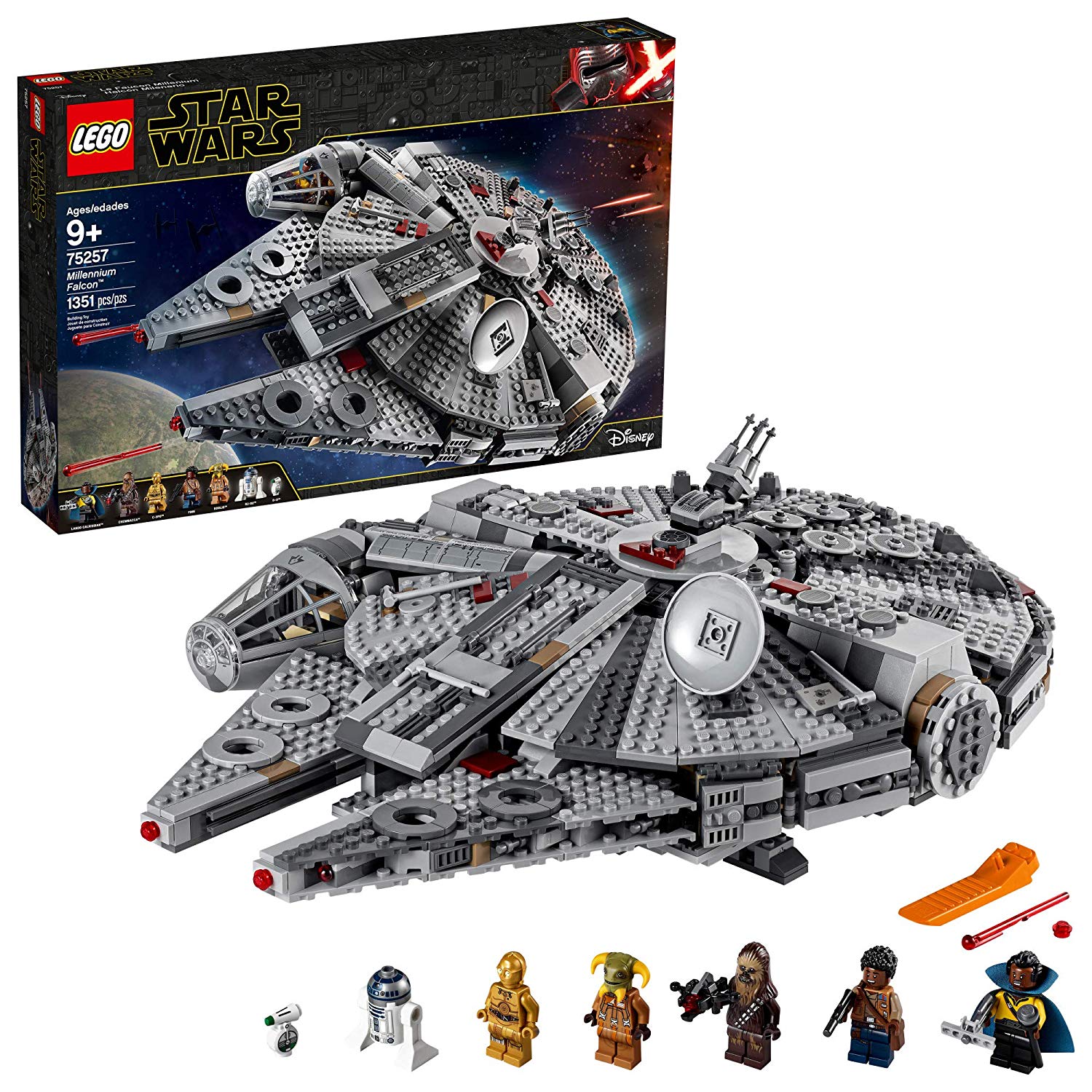 Frozen fever is backkkk, with the highly anticipated Frozen II hitting theaters right before Thanksgiving (11/22). I’m sure Disney wasn’t thinking about selling toys at all when they chose this release date, but it just so happens that there’s going to be a lot of Frozen requests on wish lists this holiday season.

My pick for the best Frozen II toy is the Disney Frozen II Gigantic 3-Ft Olaf Plush (Target exclusive). He’s gotta be close to “life size” right?! Also he doesn’t have any annoying music or sounds. Just a big cuddly snowman who loves warm hugs. Target will have him for $25 on Black Friday (but it will probably sell out fast!). 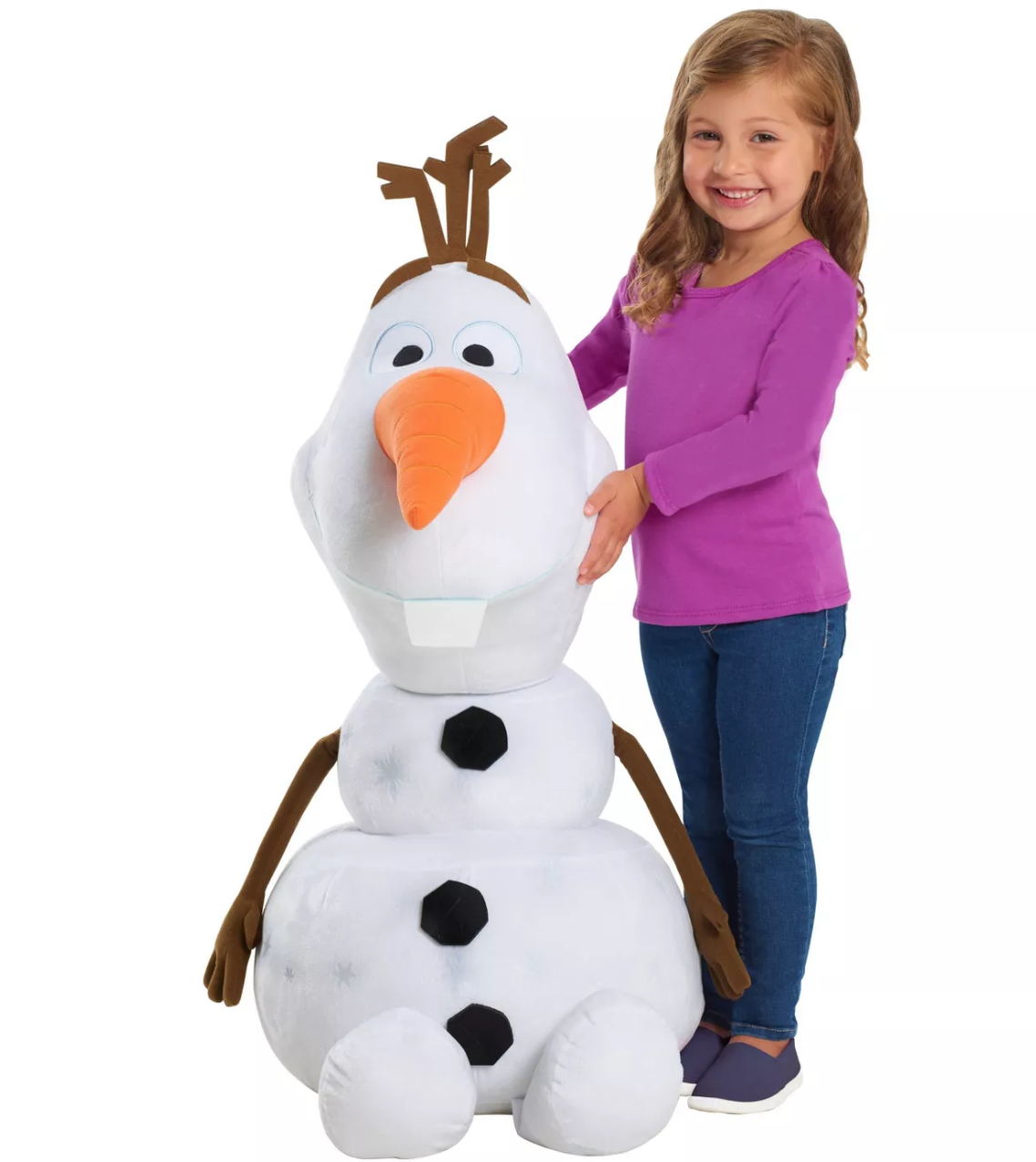 The Harry Potter Invisibility Cloak is kind of a novelty item, but young HP fans are all going to go nuts for it. Wear the cloak, take a picture using the included app, and witness the illusion of invisibility! Reviews are surprisingly good, with most people saying it’s a lot of fun for kids and adults alike. 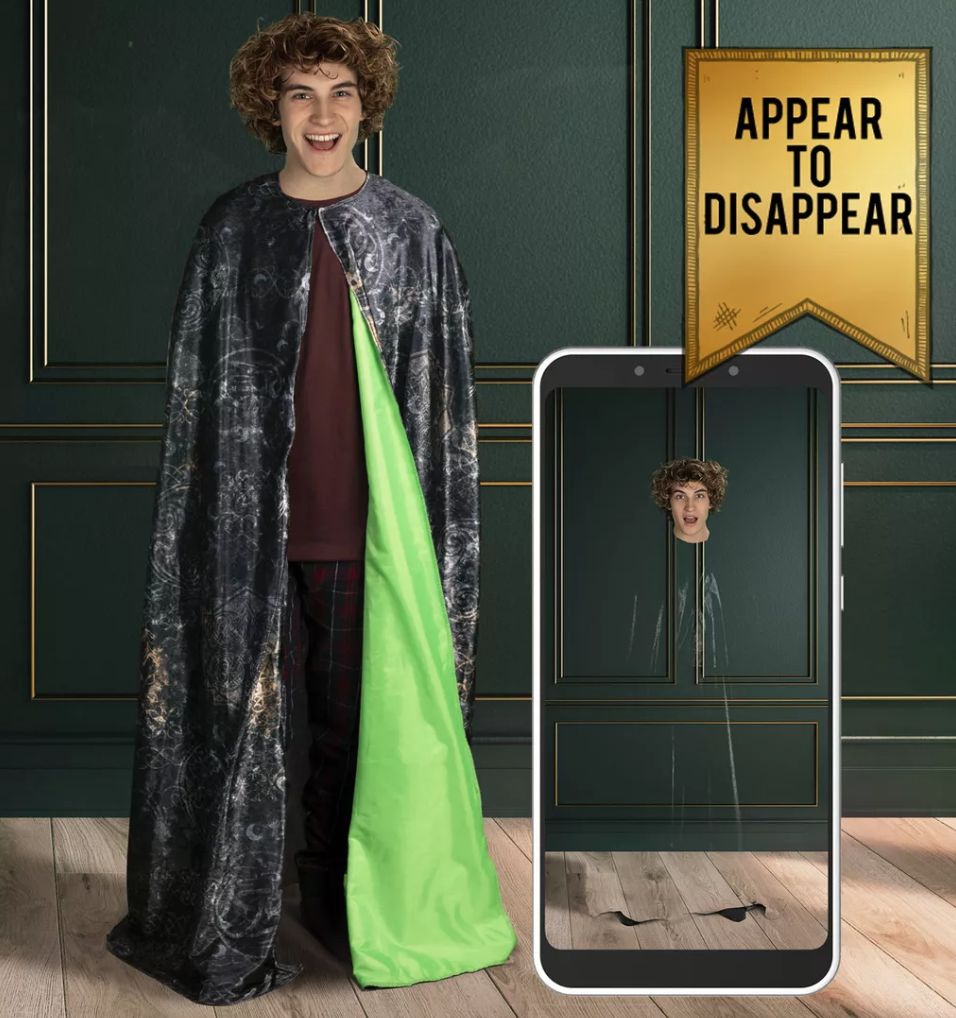 If there is one thing on this list I wish I would have had as a kid (or, um like right now), it would for sure be the Step2 Hot Wheels Extreme Thrill Coaster. This thing is massive–it comes with 14 feet of track, so you’ll definitely need a big chunk of space! My kids have a smaller, less “extreme” version (the Step2 Disney Pixar Cars 3 Up & Down Roller Coaster) and absolutely love it.

It’s not cheap, but we have already seen it as low as $202 on Ben’s, and it’s a gift that can/should be given to multiple children.

Reviews are almost all awesome, with one dad writing, “By far, the most exciting thing for a kid, or two, or three…or the whole da*n neighborhood! Warning: Your kids will never want to stop riding this thing once it’s built!” 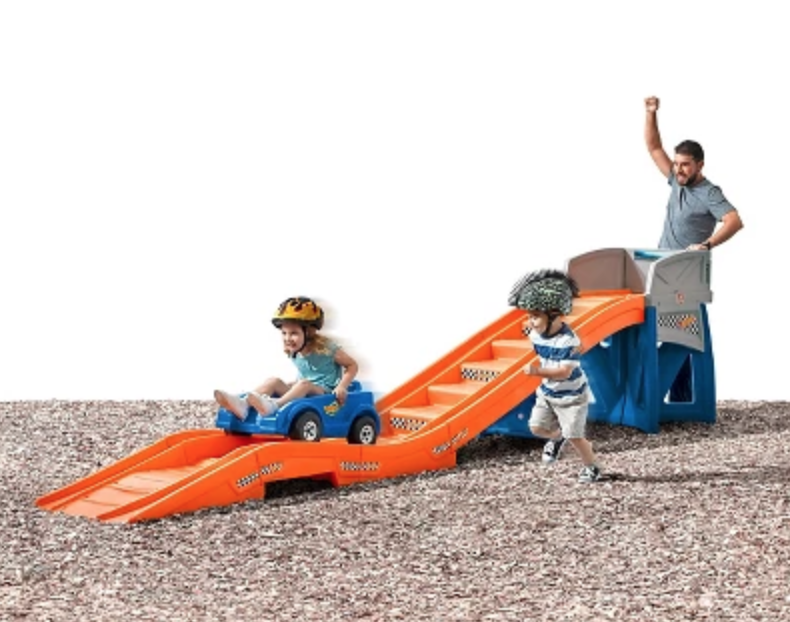 The Hot Wheels Colossal Crash Track Set is advertised as “The biggest motorized set Hot Wheels has ever made!” And at 5 feet wide, it’s “wow factor” is pretty high. If you have the space for it, it really looks fun. I also like that you can connect it with other Hot Wheels track sets (and take up even more space! Yay!). At $99 it’s not cheap, but I’d guess we might see it drop as low as $60 around Black Friday. 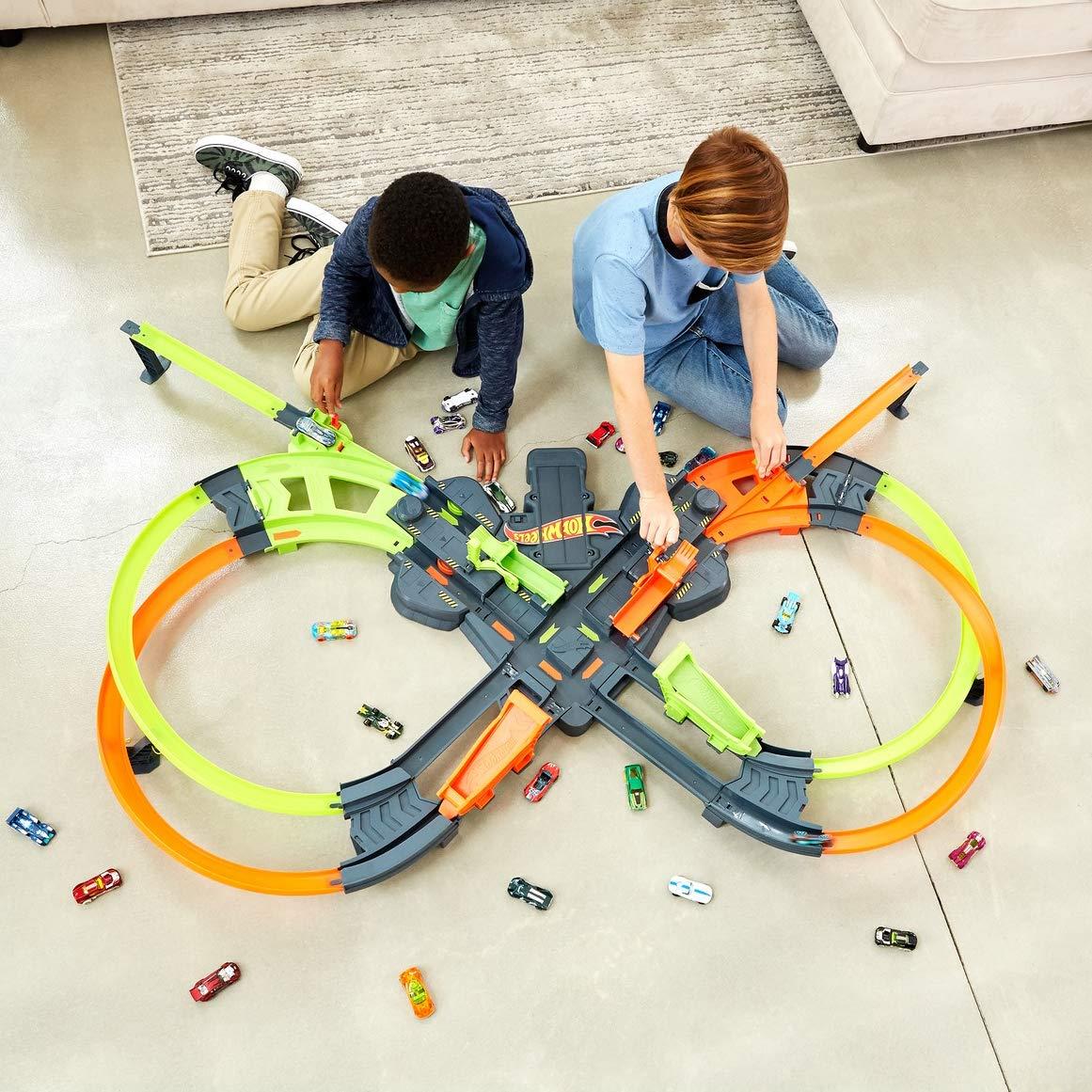 When you think of marble runs, maybe you also think of words like “old school”, but this is not your parents’ marble run. The Ravensburger Gravitrax Starter Set is a cool twist on the classic toy that teaches STEM concepts like gravity, magnetism, and kinetics. Not only is it getting great reviews, it was a 2019 Toy of The Year Finalist (also, it looks really fun for grownups to play around with too!). 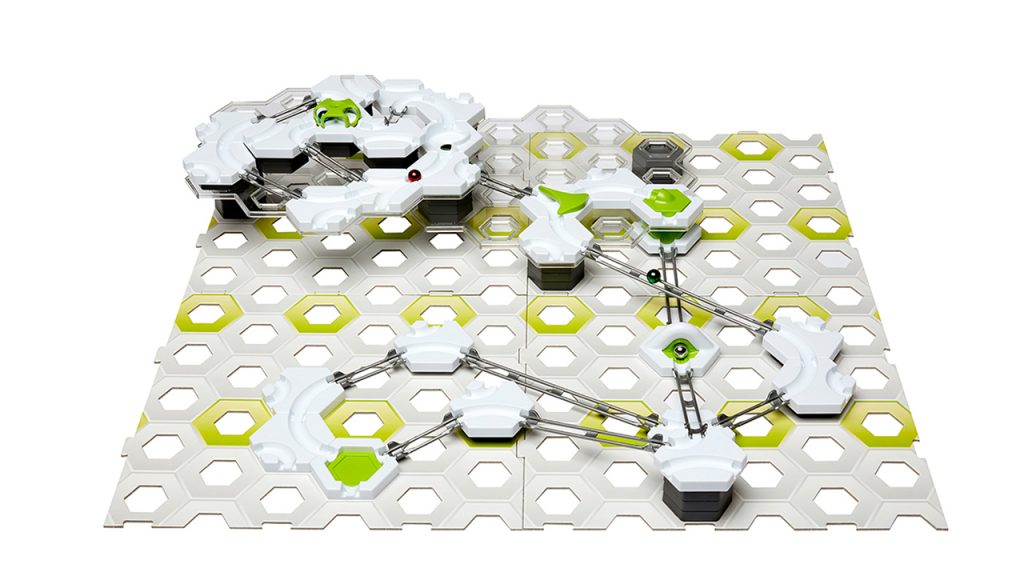 Move over, Barbie! Mattel’s new Creatable World Deluxe Character Kit Customizable Dolls might come in a box, but they are designed to keep kids from feeling, well, boxed in. Each one comes with a doll, a wig, clothing and accessories that can be mixed and matched to create 100+ characters/looks. Reviews have been great so far, with many praising the fact that body shapes and clothing are far more realistic than other dolls on the shelves. 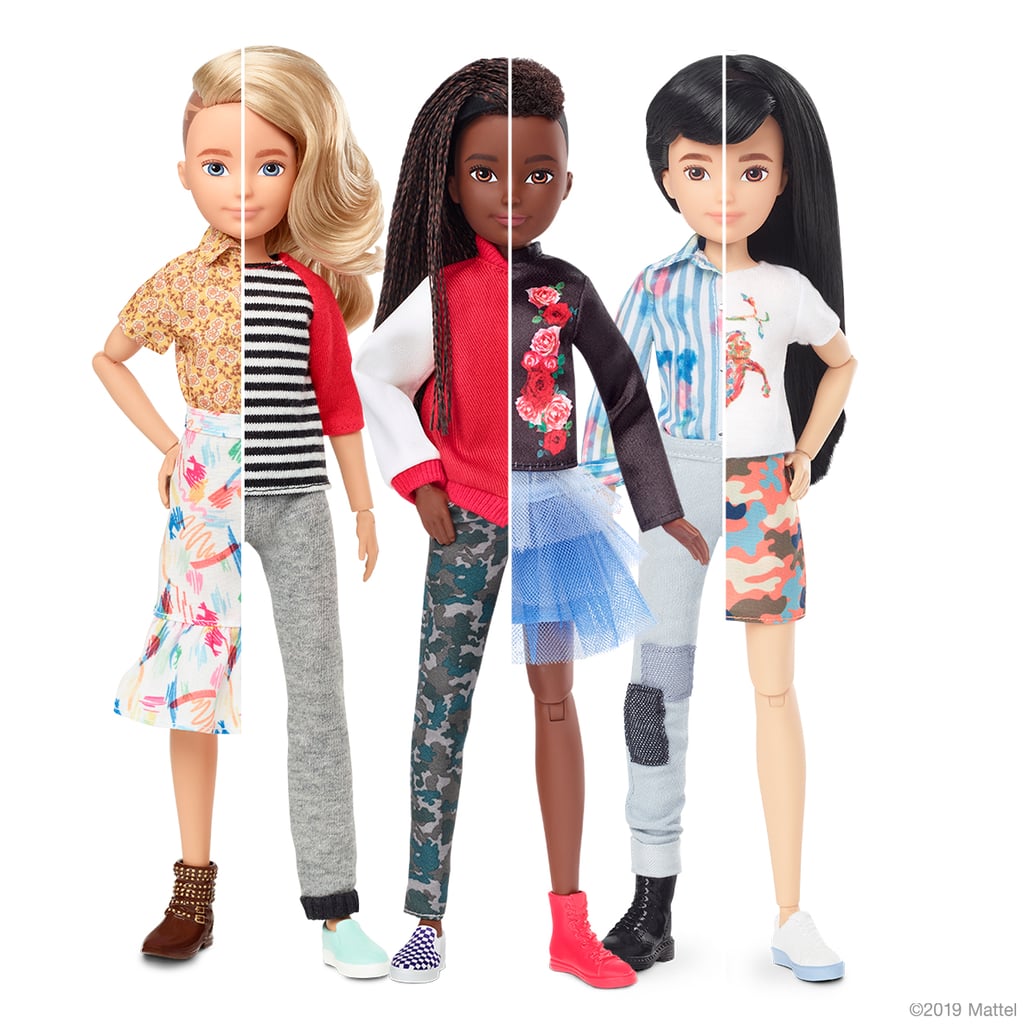 Oh yes, this is now a whole category of toy. The How To Train Your Dragon Hatching Toothless is the Hatchimals/How to Train Your Dragon mashup the world has been waiting for. After you “hatch” him, you get to teach Toothless how to fly and Plasma blast, and he’ll also play a number of interactive games with you. So far the reviews are good (4.8/5 stars on Amazon so far). Expect this to be a hard one to find as we get closer to Christmas. 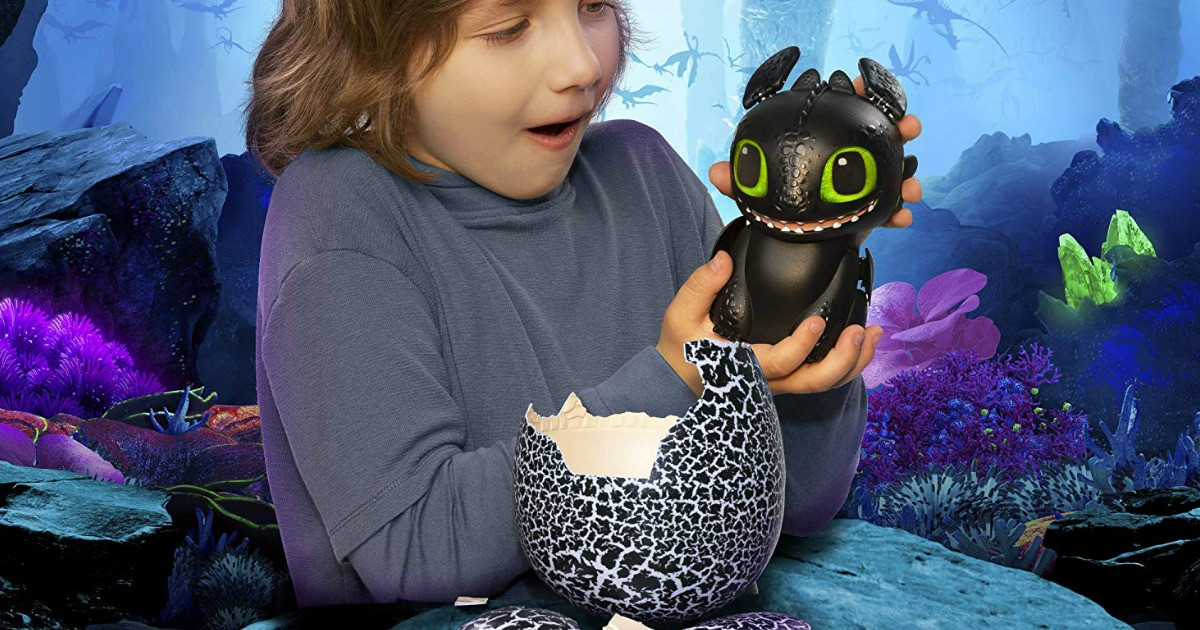