Waste Not, Want Not: Best Deals to Buy in August 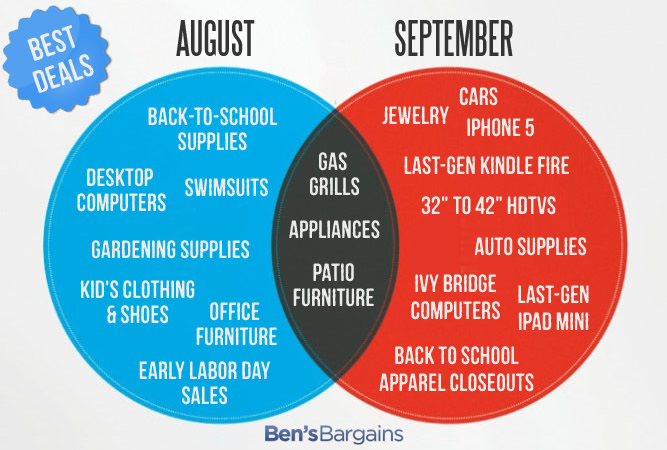 The dog days of summer are here, and while the best summer memories are spent outside, now’s a good time to get in some great online shopping deals.

At Ben’s Bargains, there are a lot of great deals throughout the year, but some patterns do appear. Since some schools will be starting this month, you will find even deeper discounts on back-to-school supplies than in July. Looks for price drops on everything from apparel to backpacks.

Even More Discounts on Summer Items

Prices on still-in-season products like patio furniture and grills and gardening supplies will also continue to drop in August as retailers make room for their fall lineup. While selection isn’t as good, you’ll find the best prices of the year. Watch for deals from Sears, Target, Walmart and Home Depot.

The same goes for summer apparel, shoes and sports gear. You’ll see a lot of great deals from eBay Fashion Outlet which features sales from mainstream brands like Timberland, Under Armour, Jockey and others. Other clothing stores to watch for include American Eagle, Gap, 6pm and Columbia Sportswear, among others. 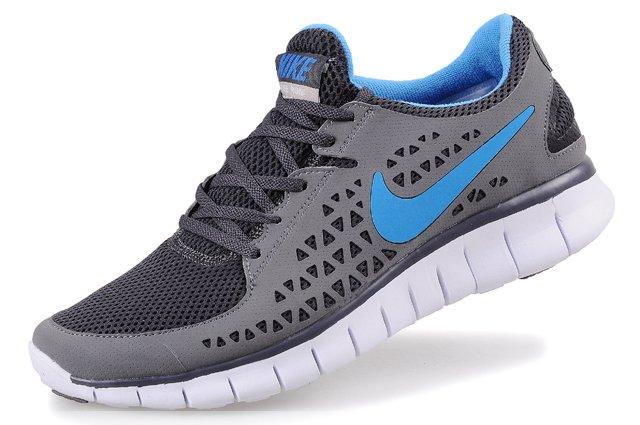 Check out our apparel deals and sports gear deals on Ben’s Bargains.

Deals for Your Workspace

August will be a good time for office furniture and supplies, in keeping with the theme of back-to-school discounts. In addition to the big-box office stores, watch for Amazon, Walmart and Meijer to offer some good deals on desks and cabinets. Also, it’s that time of year when the new IKEA catalog will appear with lower prices and new low-priced furniture. Watch for continuing price drops on desktop PCs but especially further price reductions on previous generation products.

Check out our furniture deals and desktop PC deals on Ben’s Bargains.

With Labor Day approaching on September 5th, the last week of August will bring the start of early Labor Day sales, particularly from apparel stores but also tech sites like Dell. Some of the best price drops of the year outside of Black Friday can take place around Labor Day apparel sales.

This is also a great time to snag a deal on a set of patio furniture as retailers will start to clear out stock for the end of the summer in order to populate those areas of the store with other seasonal items. Look for discounts between 50 to 75 percent at stores like Home Depot, Lowes and Sears. The same goes for grills, kid’s playsets and anything else that’s used in the back yard.

What to Wait For

Expect to see some big gadget releases in the fall (Apple, Samsung, Amazon), so if you’re planning a tech toy purchase, the best thing to do is wait and see because prices will dip as we get closer to the release dates.

Fall apparel and big-screen HDTVs won’t be seeing the real big price drops until November, so if you can wait, that will maximize your savings.

If you want to make sure you don’t miss any upcoming July deals on Ben’s Bargains, don’t forget to set up deal alerts (registration required). You’ll receive an instant email and get the first chance to jump on a great deal before it disappears. And the best deals are gone fast!