2020 Gift Guide: The Hottest Laptops of the Season

With more and more working from home, chances are people want to pick up a new laptop for heavy-duty use or maybe a second laptop (apart from work) to stream movies, work on personal projects or play games.  (If you’re into gaming, check out our Favorite Affordable Gaming Laptops Guide.)

Right now, “screen-to-body ratio” is a big thing (90% or higher is very desirable). As with TVs, consumers want thinner bezels and a smaller overall footprint. Can you squeeze a 15.6″ display into a traditional 14″ laptop size? How about a 14″ display into a 13.3″ laptop? (In addition, 16:10 screen ratios are becoming popular, as they offer more vertical depth than the ubiquitous 16:9.)

Apple pulled this move last year when it replaced its iconic 15″ MacBook with a new 16″ model that basically fit in the same body.

Faster is always better, and this year Intel saw huge competition from AMD in the form of its affordable yet powerful Ryzen 4000 Series chips. Many felt AMD leapfrogged its main competitor in terms of performance.

This past week, Apple announced its own Silicon M1 SoC (System on a Chip), marking the end of its 15-year partnership with Intel for its computer processors. The M1 is based on Apple’s A14 Bionic chip found in the new iPad Air and iPhone 12.

Faster also meant faster Wi-Fi in the form of Wi-Fi 6, which adds a premium to the price but also promises much bigger bandwidth and ultrafast speed.

Lighter and thinner is the holy grail for laptops. While laptops weighing under 3 pounds are becoming more commonplace, we’re even seeing some under 2 pounds, but of course that’s going to cost you.

Lastly, due to the pandemic and the widespread use of Zoom and other video conferencing, the once neglected webcam is now making a comeback. However, manufacturers are obviously behind on this late-breaking trend, because most laptop cameras are still terrible. (720p, seriously?)

Below, we’ve put together some of the hottest laptops for the holiday season, including perennial favorites from Apple and Dell, popular models on Ben’s, and one very cutting edge machine. Watch for price drops and deals on Ben’s in the coming weeks (set deal alerts here)! 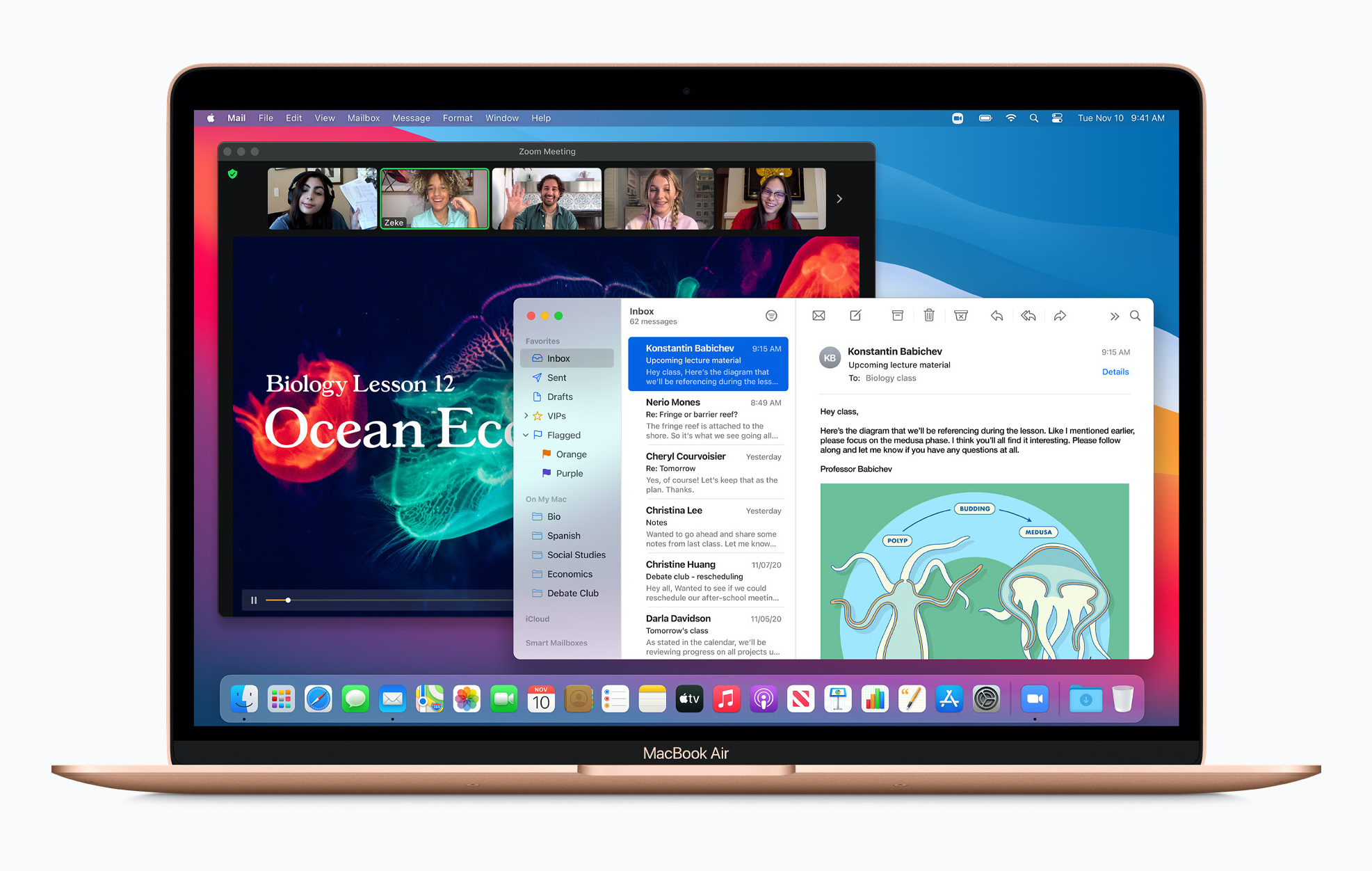 Few have gotten their hands on the MacBook Air with the Apple Silicon M1 Chip, since it doesn’t even ship till the third week of November—or a week after this article is posted—but it’s poised to become the Mac highest on the wishlist of Apple fans.

The new M1 chip’s benchmarks have leaked to the press, and it’s already outclassing 11th Generation Intel Core i7 results. However, the new MacBook Air is fanless, which means that speeds will likely be throttled for cooling purposes. It also has a 7-core GPU (rather than the 8-core GPU found in the other M1 Macs), but that’s keeping the price at the sweet spot below $1k. The MBA is the low-end Apple laptop meant to appeal to the average consumer, and this year the price point and performance look to be just right. 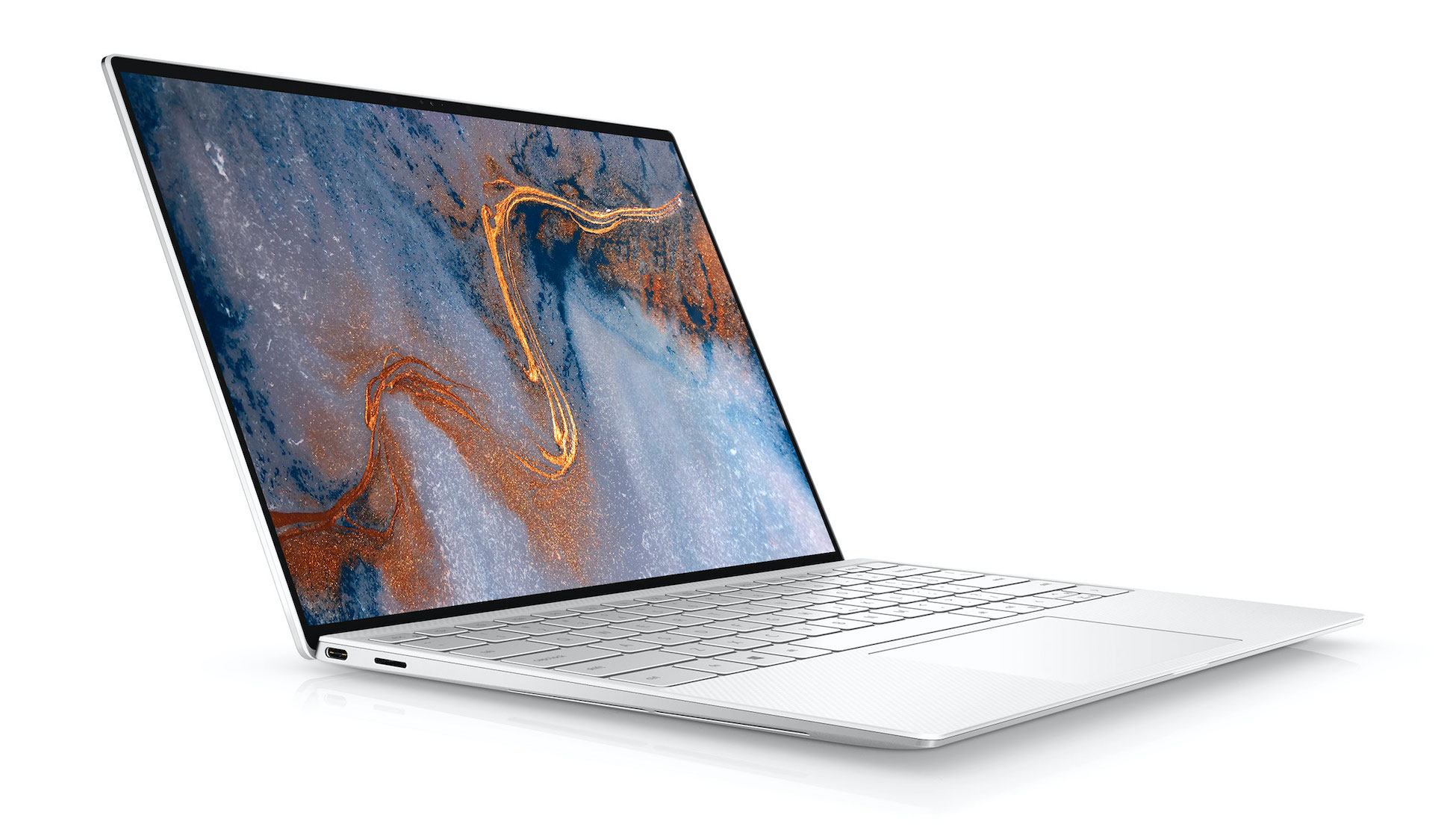 The Dell XPS 13 continues to be the top Windows laptop year after year by making subtle improvements with each new iteration. It now has a 91.5% screen-to-body ratio with “barely there” bezels that have more in common with sleek smartphones. Plus, there’s more screen real estate in its 13.4″ 16:10 display (vs. 16:9). 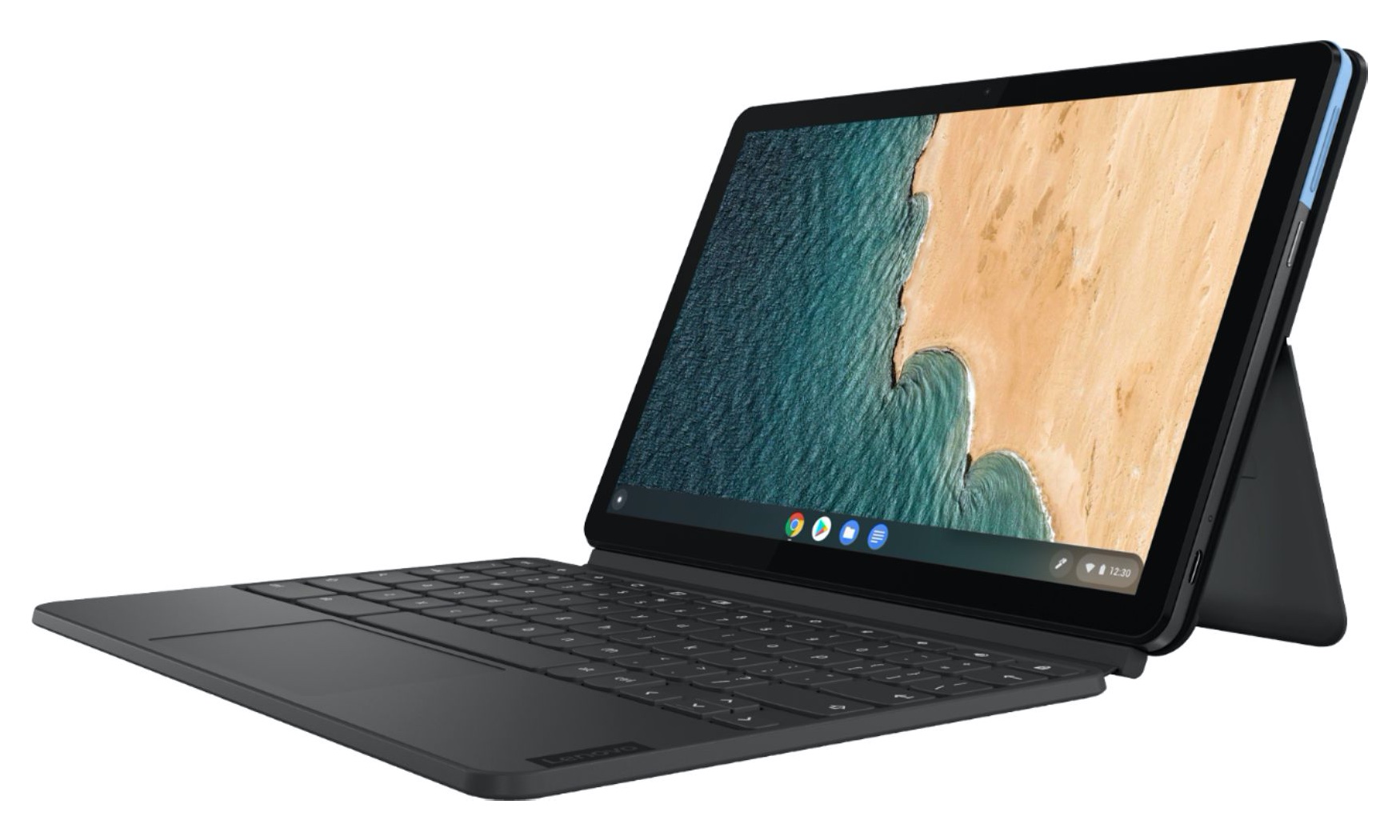 One of the low-cost favorites on Ben’s, the little 10.1″ 2-in-1 Lenovo Chromebook Duet really outperforms its price point. It packs 10 to 11 hours of battery life, an aluminum alloy/plastic tablet body, bright 16:10 display, detachable keyboard, denim fabric rear cover (kickstand) and decent webcam in a total package under $300, and we’ve recently seen it as low as $229 for the 64GB model.

With keyboard and kickstand, the ultraportable Duet is a smidge over 2 pounds, making it a handy laptop/tablet that travels with you everywhere— airplane, coffee shop, wherever. It supports the use of Android apps (though the user experience is so-so) and plays well with Android phones (e.g. instant tethering).

I’m on a Budget 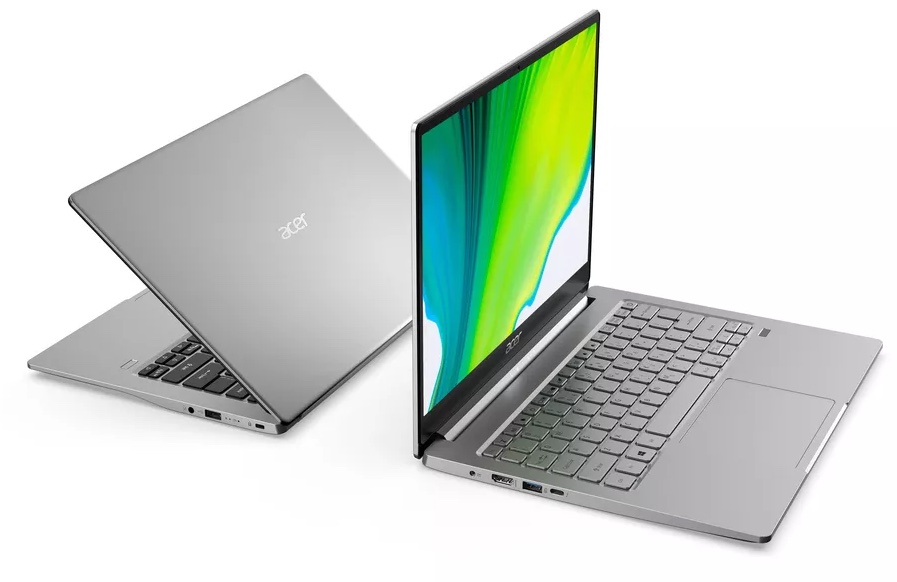 The affordable Acer Swift 3 Ryzen laptop uses the powerful Ryzen 4000 series processors, whose price-to-performance ratio have made them very popular among consumers.  You get a lot of premium laptop specs for the money: a svelte 2.7-pound aluminum-magnesium body, 14″ IPS display, fingerprint reader, backlit keyboard, USB-C, the new Wi-Fi 6 and good battery life of 8 to 10 hours. (The 720p webcam is just okay, like many laptop cameras.)

While the beastly octa-core Ryzen 7 4700U configuration sells for around $650, we’ve seen the also excellent Ryzen 5 4500U version under $500, which is a fantastic value.

I’m Really on a Budget 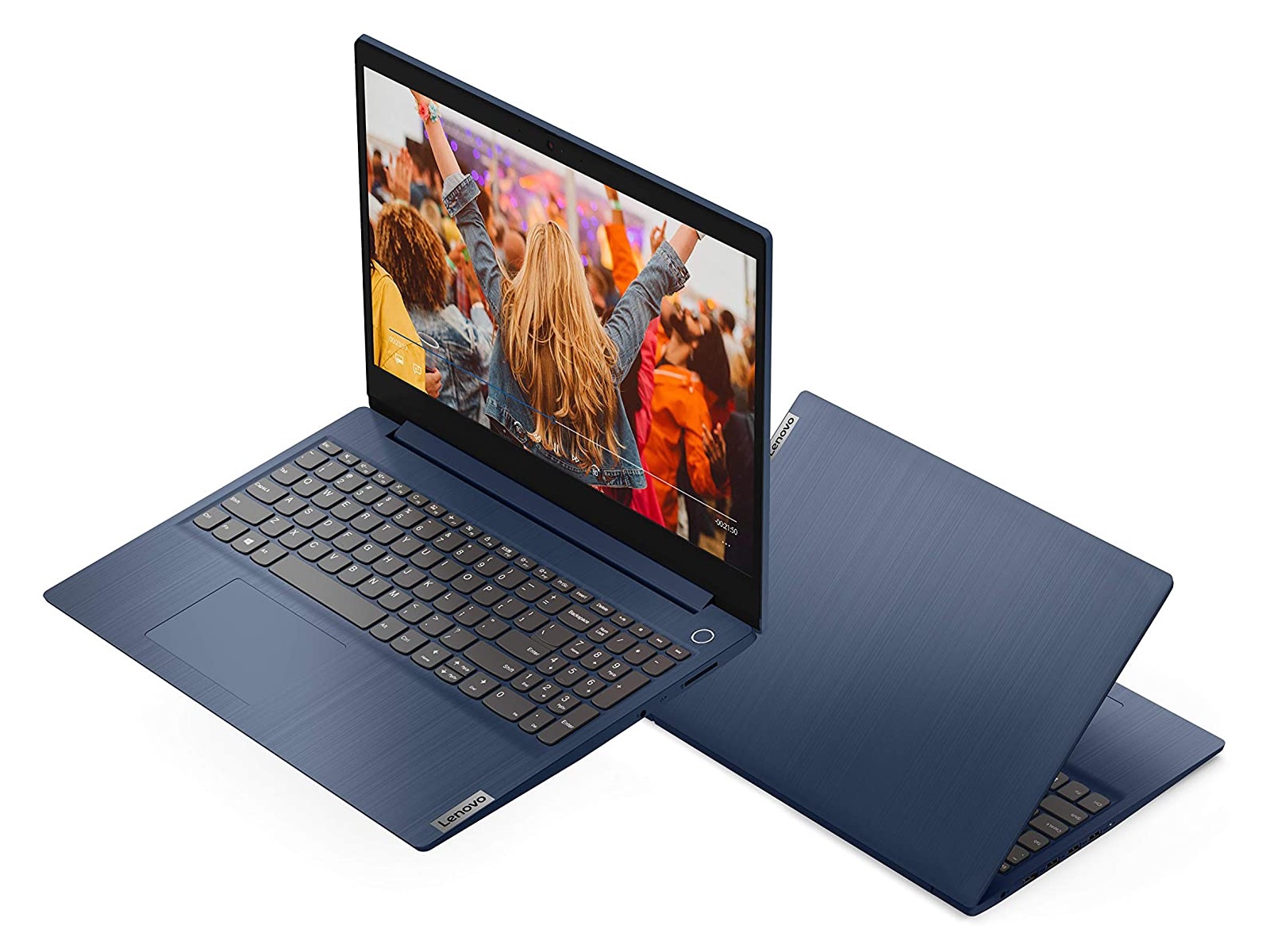 The Lenovo IdeaPad 3 is a budget laptop aimed at a very broad audience. It’s available in multiple display sizes (14″, 15.6″ and 17.3″), various colors like “Abyss Blue,” touchscreen and non-touchscreen, and both 10th Generation Intel and AMD Ryzen processors. It’s very popular on Ben’s due to its affordable price and good performance.

As expected at its price point, some corners have been cut. There’s no USB-C, which is a bit surprising in 2020. The body is plastic, although it does sport a brushed metal appearance and you still get Lenovo’s distinctive 180-degree hinge. The 720p webcam is like other budget laptop cameras, i.e. not that good (though it does have a physical privacy shutter). Battery life is around 7 hours, about average for similarly priced laptops. 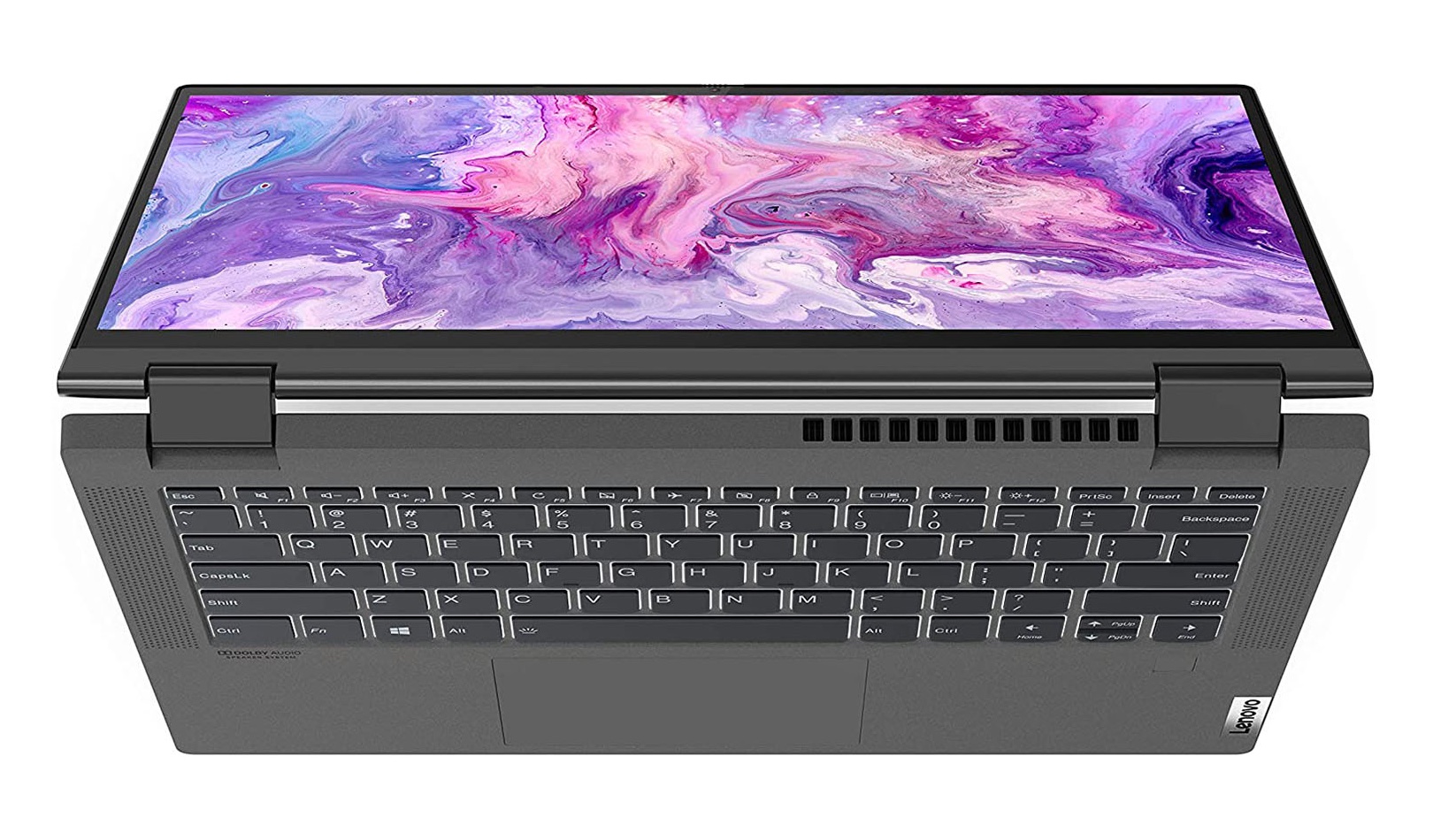 Like the other lower-priced Lenovos on this list, the 2-in-1 Lenovo Flex 5 14 Ryzen is a popular laptop on Ben’s because of its excellent value. The 360-degree hinge allows you to flip the lid back for tablet mode, and the Lenovo Active Pen is included in the box. Battery life is very good: you can get 8 hours for a full day’s work.

The most popular configuration for $600 offers an AMD Ryzen 5 4500U mobile CPU, 16GB DDR4 memory, 256GB SSD, backlit keyboard, fingerprint sensor and Full HD IPS touchscreen display. That display is also where the Flex 5 14 falls short—like a lot of laptops in this price range, its screen brightness is rated at 250 nits, and that results in a bit of a washed out or dim appearance in very bright environments. Overall, however, the Flex 5 is going to be a great 2-in-1 laptop for most users. 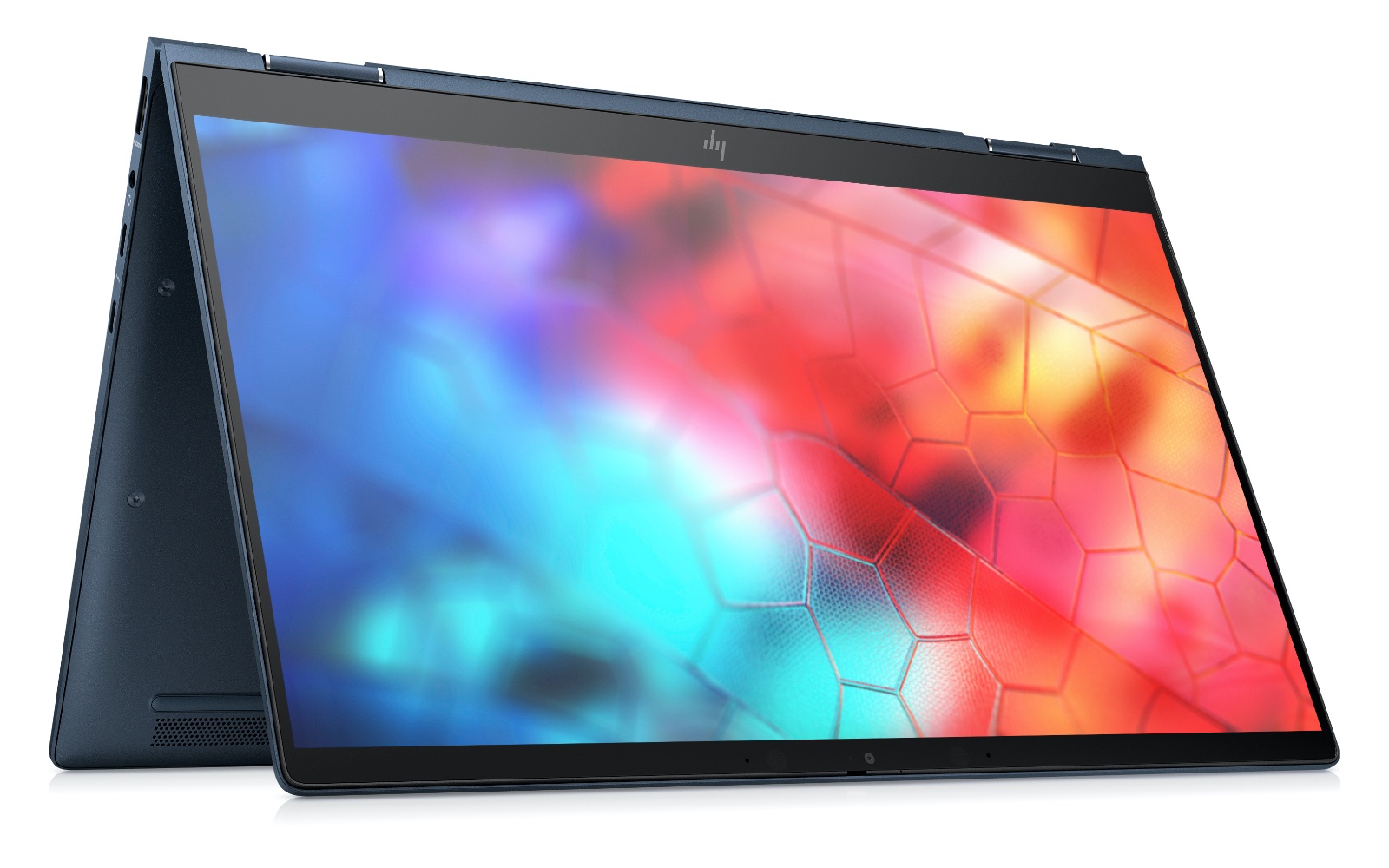 The 2-in-1 HP Elite Dragonfly (Gen2) is an elegant, very pricey laptop for the type of user who travels business class. The display’s Privacy Mode (aka Sure View Reflect) prevents the guy in the next seat over from reading your screen while you sit back and enjoy selections from the wine list.

As you would expect from the name, the Elite Dragonfly is packed to the, uh, gills with other fancy features like: LTE or 5G compatibility, integrated Tile tracker, Sure Click (a browser security sandbox), very bright screen (850 nits), Bang & Olufsen 4-speaker system, mic mute button, 13 hours of battery life and a lightweight, blue magnesium alloy body.

I’m from the Future 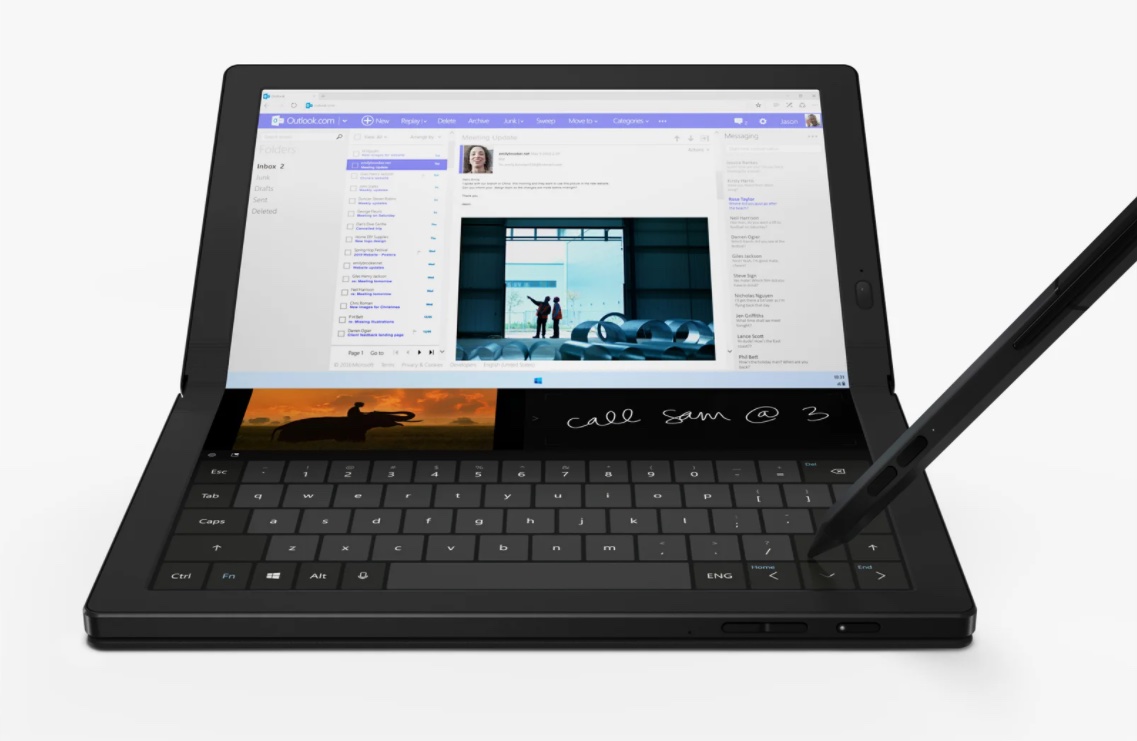 Early adopters, rejoice! Billed as the “world’s first foldable PC,” the Lenovo ThinkPad X1 Fold has a 13.3″ plastic 2K OLED display that folds in the middle. On the outside, there’s a leather folio cover, giving the laptop the feel of a book when the display is closed.

The X1 Fold offers various innovative UI options: Type on the on-screen keyboard. Use the included Lenovo Fold Mini Keyboard, which magnetically attaches to the lower half of the display. Or flip open the display to its full dimensions, and use the keyboard in detached mode. Or you can use the Lenovo Mode Pen (also included), which slips into the side of the keyboard when done.

The wide bezels and plastic screen are the biggest giveaways this is a first gen product, but the foldable display is definitely a hint of things to come in the world of laptops.

The price for all this exciting new technology? Be prepared to spend $2,500 or more…