It’s hard to find a toy these days that doesn’t have some kind of tech or “smart” feature. While some of these features are unnecessary (or just downright silly), some are really quite cool. Here are some of the best toys of 2019 that use technology to really enhance the play and learning experience.

On the not so cheap end of the robot toy spectrum is the new UBTECH Marvel Avengers: Endgame Iron Man Mk50 Robot. There are way too many features to list here; just check out this video. You can code him, play AR games with him, and even upload your own face to appear under his helmet. And he just looks really cool sitting on your desk (I mean in your kids’ room…).

My 7 year old just got this and loves it–the AR games are especially fun! 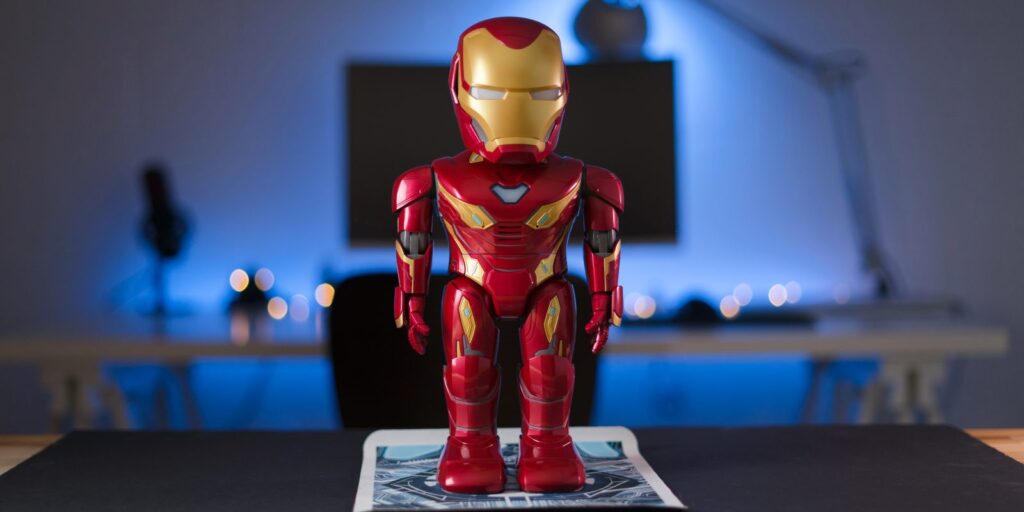 There are a ton of educational robot toys designed to teach kids STEM skills, but if you’ve got a younger kid that just wants a robot to play with, the Really Rad Robots Turbo Bot looks like a fun (er, rad) one. It rolls around, responds to voice commands, records and plays back conversations, tell jokes, and even has a “gross mode.” 5 year old boys should be thrilled! Best of all, it’s pretty cheap (we’ve already seen it as low as $31). 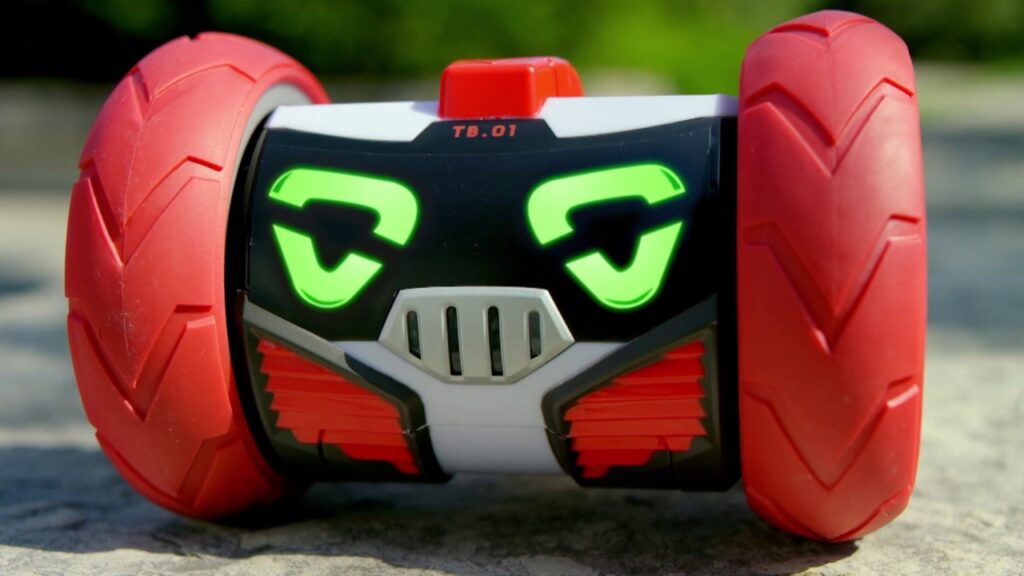 For the past several years, Kano comes out with a new coding kit tied to some popular movie franchise. Last year it was Harry Potter and this year it’s, you guessed it, Star Wars! The Kano Star Wars The Force Coding Kit comes with a a build-it-yourself Bluetooth motion sensor that allows you to wield virtual lightsabers and complete Jedi challenges via a free app. My son got the Harry Potter version for Christmas last year and has had a lot of fun with it. 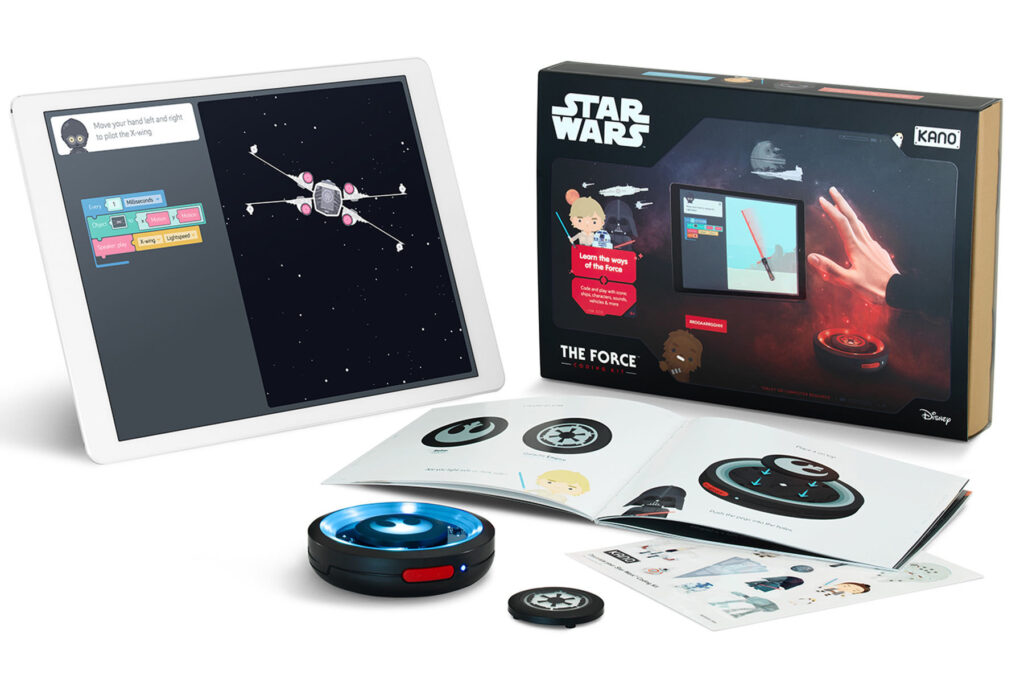 Building off the success of their popular Star Wars Droid Inventor’s Kit (2017) and the Marvel Avengers Hero Inventor Kit (2018), littleBits has released yet another STEM invention set: the littleBits Space Rover Inventor Kit. If you’ve got a space lover or aspiring astronaut, this looks pretty awesome. Kids can build, customize, and drive an app-controlled “planetary space rover”, and complete NASA-inspired astronaut training and interplanetary missions with it.

Reviews are great, with one writing, “Could be the best Little Bits set yet!” and another hilariously saying, “Not sure how the cat feels about the Rover traversing the living room carpet in search of alien lifeforms but I think she’ll get used to it.” 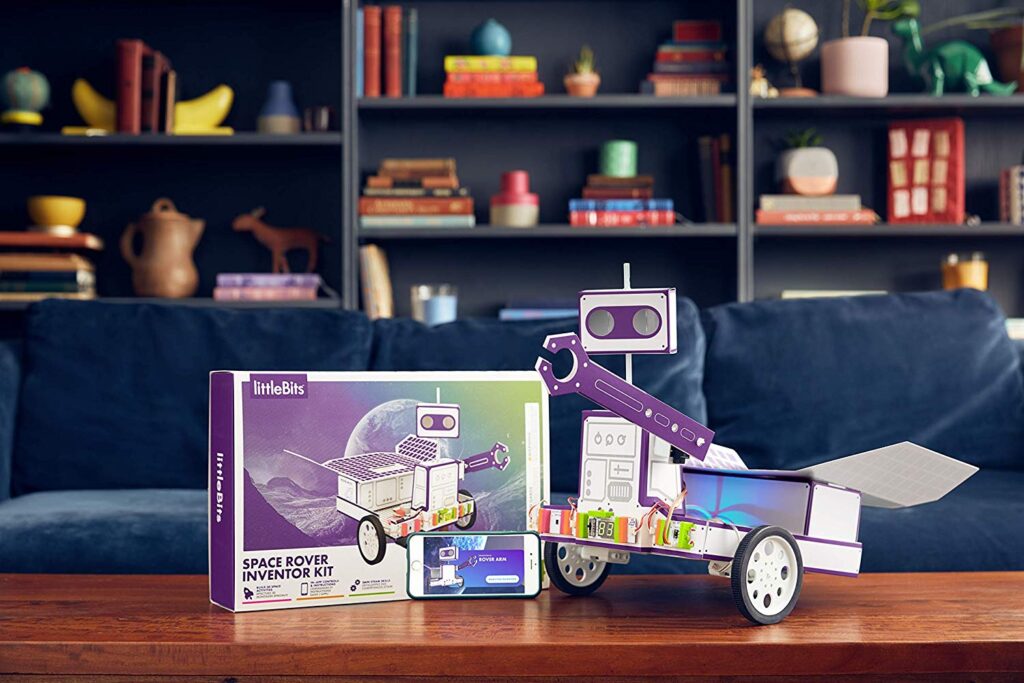 Everything is going “paperless” these days, and you can now add Pictionary to the list! Pictionary Air replaces pen and paper with a Pictionary Air Pen and your TV. Using their free app, the person illustrating draws in the air and magically appears, along with their drawing, on the screen of your smart TV. Check out this CNET video review. Looks fun!

Ok so maybe this doesn’t qualify as a true drone, but the POWERUP 3.0 Original Smartphone Controlled Paper Airplane Conversion Kit turns paper airplanes into, essentially, drones, so I’m counting it. Attach the Bluetooth module to almost any paper airplane and control it with your phone. The fact that you can make an endless variety of planes to play around with makes this set much more likely to keep kids’ interested.

Note that the 4.0 version is currently in the funding stage on Kickstarter and will ship in the spring of 2020.

This really falls under gaming more than toys, but that line is getting harder and harder to define! The new Ring Fit Adventure Game for Nintendo Switch takes what they tried to accomplish with the old Wii Fit balance board games and really takes it to a new level (pun intended). In this virtual adventure game, you must run, squat, lunge and press your way through levels and defeat an “evil bodybuilding dragon.” Most kids aren’t going to be interested in a “fitness” game, but this one looks fun enough that they’ll want to play it for the adventure part.

I beg of you, check out the official trailer Nintendo put out. It’s a great overview of the game, sure, but the presenters are… something else. If you need a good laugh, scroll down to comments, I promise you won’t be disappointed! 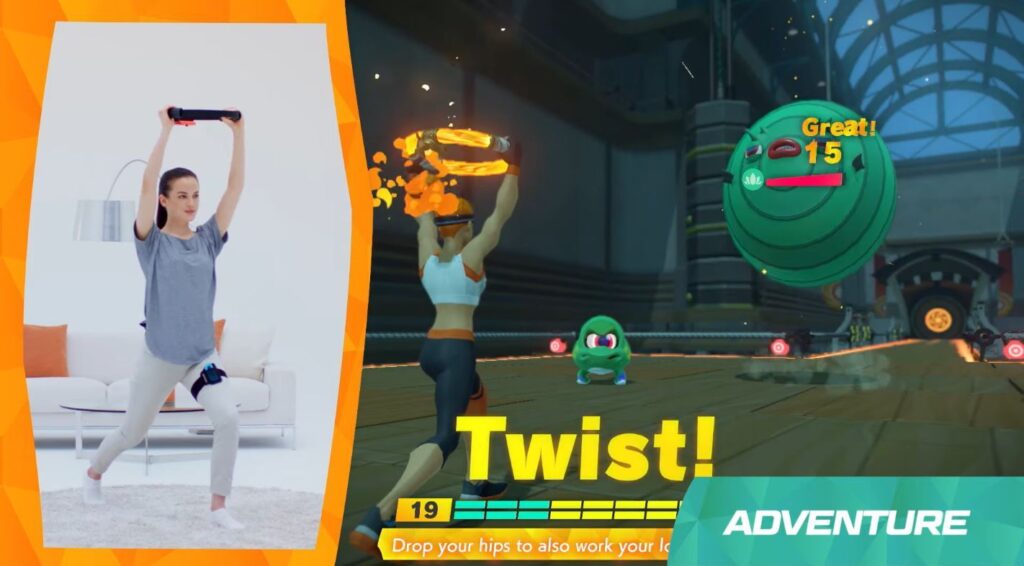 Hey! Here’s a blaster set that encourages kids to shoot at targets that are not their siblings! The new ProjeX Image Projecting Arcade Game comes with two laser gun style blasters and projects moving targets on any light-colored wall. There are 5 built-in games included with 3 different skill levels, though reviews do note that this is probably better for younger kids and not advanced gamers (who might find it boring).

If your kids really just want to shoot at their siblings, any of the Laser X laser tag sets are awesome. The Laser X Two Player Double Morph Laser Tag Gaming Set is their new one for this year, and we’ve already seen it as low as $26.

A lot of the educational tech toys out there teach coding/programming skills, but the the SmartLab Archi-Tech Electronic Smart House Set is geared more for young architects. This modular building system allows kids to configure their house however they like, then complete circuitry projects to add features like a working garage door, flickering fireplace, elevator, and more.

If you have a kid (like mine) that wants to play LEGOs and Minecraft all day, this looks like a great toy to help them develop those natural building skills and put a real-world spin on it all. 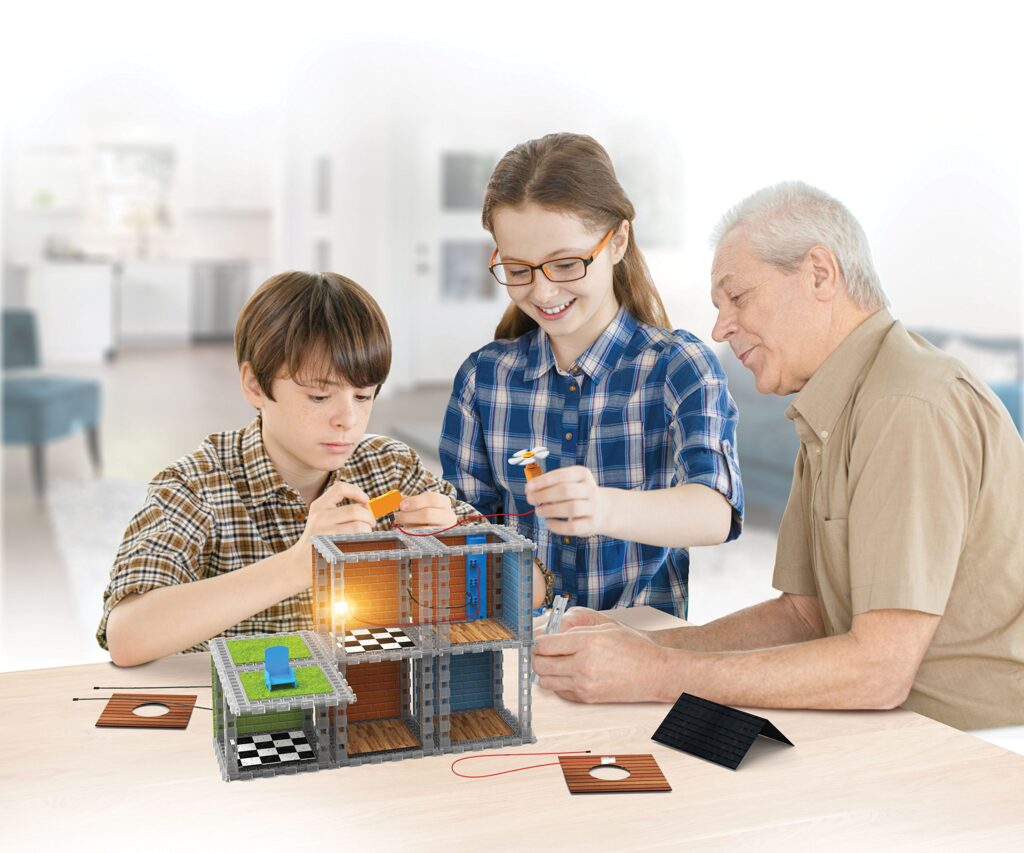 When my 7 year old asked to buy an old Sony digital camcorder at Goodwill a couple summers ago, I said yes mostly because it was only $6.99, and didn’t expect him to do much with it. But it’s been one of his most played with “toys” ever! Yes, there are cameras made specifically for kids (the Vtech Kiddiezoom is probably the most popular), but compact digital video cameras have gotten so inexpensive, you might as well get your kid something that can capture quality videos/images.

The Sony Handycam HDRCX240/L 1080p Digital Video Camera is currently around $130 refurbished from Amazon, but there are tons of similar non-brand name cameras for as low as $50 now, too.

Not only do kids love playing around with a video camera, you’ll be surprised how entertaining and fun the footage they end up with is! Having the world documented from their point of view will be well worth the price of the camera. 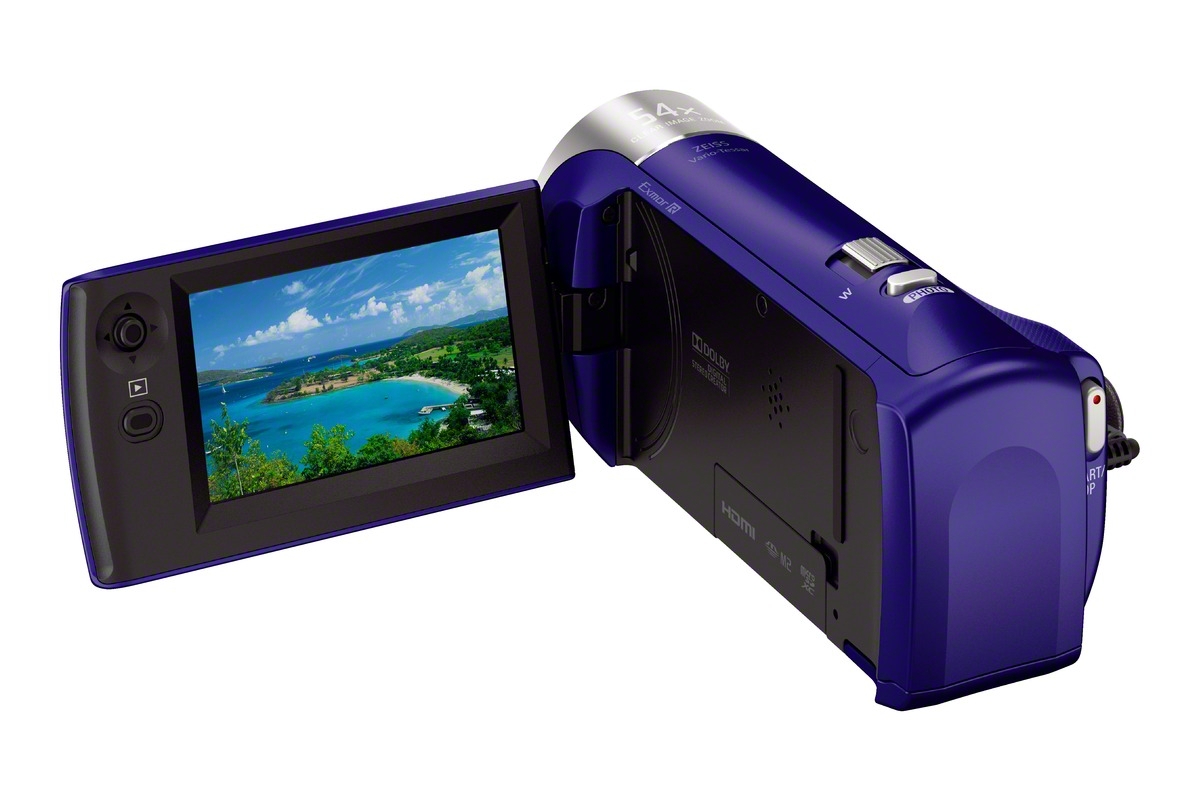 Once you have the Starter Kit, there are tons of additional games you can purchase, like the pretty cool looking Osmo Detective Agency: A Search & Find Mystery Game ($40). 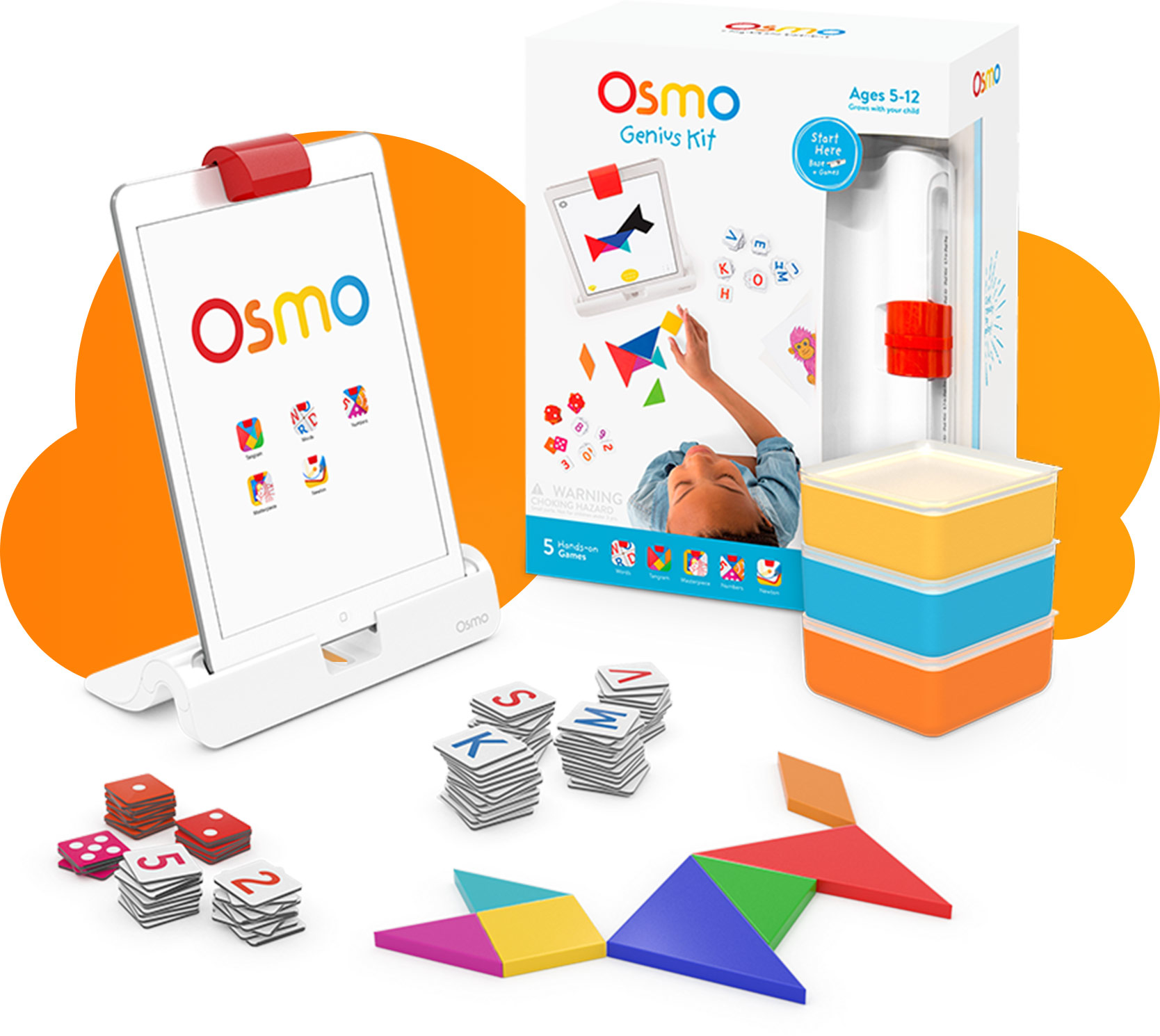