The TV market is all about 4K now, as 1080p quietly fades into the past. The fast adoption of 4K has been spurred on by how quickly prices have fallen. Expect to see a lot of 55-inch 4K TVs from top brand names in the $400 range this Black Friday and as low as $200 for house / generic brands.

As prices continue to fall, the big brands are battling it out over high end (and higher margin) picture technologies like OLED (the best, championed by LG) and QLED (the silver medalist, championed by Samsung).

OLED still remains in a class of its own, and QLED is more or less a variation of regular LED LCD panels albeit with “quantum dots.” We might see improved variations of QLED in the years to come, but if you still want the very best picture quality on the market with the best black levels, then choose OLED, hands-down. You will still need to pay more for OLED, although sale prices for lower end OLED models are inching closer to the magical $1000 threshold.

Here are this year’s top TVs, once again featuring familiar names like LG, Sony, Samsung, Vizio and TCL, which has seen a surge of popularity in the last couple of years. Keep visiting Ben’s Bargains for the best deals this holiday season (set up deal alerts)! 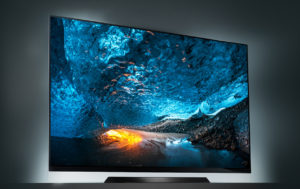 LG’s 4K OLED TVs top our list for the third straight year, and still there’s no real competition for picture quality as long as you’re willing to dish out the big bucks to own them.

The E8 Series TVs might be their best yet, and the lowest price we’ve seen on Ben’s Bargains is in the $1500 to $1650 range, and that was an amazing deal. The E8 Series’ claim to fame is its elegant “picture on glass” design which means the OLED panel is mounted on a sheet of glass, plus it has the best sound of LG’s OLED TVs.

Alternatively… If you’re not as concerned with fancy glass and sound, then the step-down C8 Series models can be had for close to $1200 from a major retailer, especially around Black Friday. Also available in a giant 77-inch size.

Samsung is back on our list this year, but it’s not like they had fallen off the map. They are the top-selling TV brand in the U.S. and make a slew of excellent TVs, but this year they really made a big mark with the Q9FN Series and their burgeoning QLED technology (aka Quantum LED).

The Q9FN TVs have a fast smart TV platform so you won’t miss Roku or Fire TV, but voice assistant Bixby isn’t as refined as Alexa or Google Home. They also have other fancy gimmickry like Ambient Mode, which will allow the TV picture to blend into its surroundings.

The panel now uses Full Array Local Dimming (FALD) backlight, which enhances the contrast on the TV, and there’s a new anti-reflective coating that’s very useful in rooms where there are several light sources. It also has best-in-class black level reproduction, though not at the same level as OLED.

Alternatively… Check out the step-down Q8 Series models, which yield a great picture quality but at a significantly lower price. Plus, 55-inch and 82-inch sizes are available. 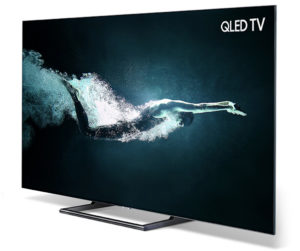 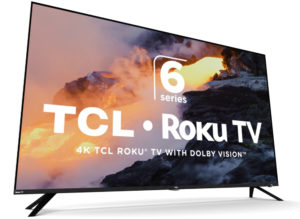 Cons: 60Hz native refresh, not top of the line PQ (but still great)

We’ve been watching Chinese TV maker TCL really gain traction in the US market the last couple of years. Some of that has been their association with the beloved Roku streaming platform, but also their fantastic price-performance ratio that rivals fellow budget brand Vizio.

Don’t be duped by the pricing: TCL’s 6-Series is a high-end TV at a budget price. It has a metallic finish instead of a plastic look, plus narrow bezels, full array local dimming (96 zones for 55-inch and 120 zones for 65-inch) and supports Dolby Vision, which is missing on some high-end TVs (ahem, Samsung).

The one nitpick would be the panels are native 60Hz, and if you’re a stickler for motion performance and refresh rates, then this TV may not be for you.

Keep in mind… Best Buy sells the this TV at a cheaper price because it comes with a standard remote that doesn’t have voice controls (aka models 55R615 and 65R615).

Sony may be stretched thin in many product categories, but they still have a deep, loyal fan base for their TVs, and still command the Sony premium on price, much like Apple does with its products.

Sony has been using Android TV for its smart TV platform for about 3 years, and it’s far better than their old in-house platform, although Roku still has it beat for ease of use. Strangely, the YouTube app does not support HDR, even though it does on the Roku YouTube app (score another one for Roku). The addition of Google Assistant voice commands really sets the Sony apart, as it’s the same one you’ll find on official Google Home devices.

Of course, the X900F has excellent picture quality and 120Hz native refresh, but at this price point, it’s in OLED range, and it’s not as good as that. On the plus side, Sony added Dolby Vision via firmware update. 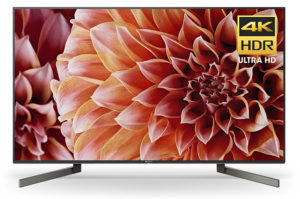 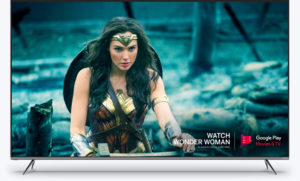 Cons: Smart TV platform not as good as other brands

Vizio still makes fine TVs for the price, but competition in the budget space, particularly from TCL, has pushed it to expand into more expensive price points like the P Series and even higher end experiments (see the P Series Quantum below).

The P Series TVs give you a sleeker look than Vizio is usually known for, and they aesthetically compete with the Samsung and Sony sets.

The picture quality of these Vizio sets is great, with good black levels and full array local dimming. They also have native 120Hz refresh (compared to the 60Hz of the TCL 6 Series above or Vizio’s own M Series). If you can find deals at Costco (a major reseller), all the better, but keep in mind the PQ will not be in the same league as Sony or Samsung or of course LG.

Alternatively… If you want to stick with Vizio but want really high end, then you can spring for the new 65-inch P Series Quantum. It has a street price of around $1500, which sounds crazy for Vizio, but the Quantum really delivers the goods, rivaling OLED PQ and sporting micro bezels and glass like LG’s E8 Series.

Or you can punch down to the mainstream M Series, which is comparable to the P Series in picture quality—though not as stylish—and will save you a couple hundred bucks.