By December, most people have figured out what they either want to give as gifts for their videogame loving people in their lives, or what they want for themselves over the holiday season. Lists are finalized, Black Friday shopping has ended, and for the most part the final month of the year gets dedicated to enjoying the season and/or hunting down those coveted gifts. Media studios understand this, and that’s why the release calendar for shiny discs and digital downloads tend to be somewhat sparse, with this December being no exception.  The end-of-year video game releases aren’t an exciting batch, filled with last-minute ports and franchise tie-ins, so the month can safely be dedicated to stockpiling the year’s best releases or tearing through that ever-growing backlog.  Let’s take a peek, though. 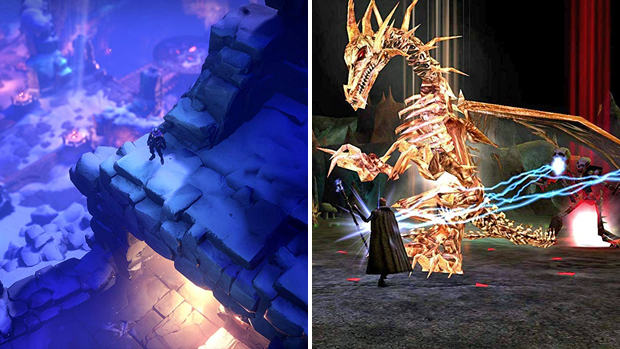 Canadian gamemakers Beamdog have turned the process of porting classic cRPGs – especially BioWare’s — into something of an art, figuring out what works and doesn’t while focusing on areas where tweaks are needed. Along with a slew of their “enhanced” line of titles receiving console editions earlier this year, they’re also delivering their revamped iteration of another BioWare classic: Neverwinter Nights. Taking place in the Forgotten Realms corner of the Dungeons & Dragons universe, this tale focuses on curing a mystical plague and hunting down the cult responsible for it, a campaign spread across several dozens of hours and involving plentiful character interactions and decision-making. The Enhanced Edition of Neverwinter Nights hit PC earlier this year to mixed reviews due to the visuals, but the console edition boasts updated/upgraded HD functionality and, naturally, control scheme modifications.

Here’s an unusual situation. You’ve probably seen commercials for Google’s new subscription streaming-based gaming service, Stadia; at the very least, check out some of the articles out there that label it a major model shift for the digital-focused gaming culture.  It launched on November 19th, and right now the platform has a little over two dozen playable games, most of which have been available on other systems for a year or two now. The platforms first substantive, exclusive title – outside of Windows; not on consoles until 2020 – will be Darksiders Genesis, an isometric hack-‘n-slasher that seems more like a Diablo or Dark Alliance clone than the 3D games that make up the rest of the franchise. Sure, it isn’t a heavy hitter of an exclusive (and it isn’t even exclusive on PCs), but it’s a step in a positive direction for Google’s innovative model. But yeah, y’all can play it in 2020. 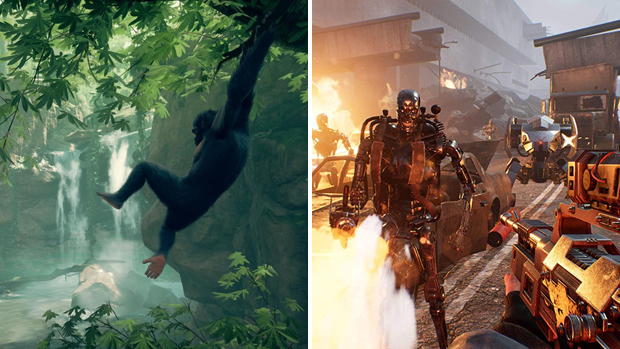 One of the best things about Assassin’s Creed Brotherhood wasn’t the setting or the advancements in the stealth gameplay, but in how Ubisoft created a management simulator for the assassin ecosystem. Designer Patrice Desilets oversaw that metamorphosis of the franchise, arguably the best among them … and then hasn’t developed a game since then.  Until now, where he goes all-in with simulation game design in Ancestors: The Humankind Odyssey.  This game tackles two unique challenges: on a gameplay level, it puts the player in control of surviving in the wild as primitive pre-humans, which naturally lack many of the conventional humanoid aspects of playing a video game; and on a world-building level, it charts the growth and literal evolution of a species across lengthy periods of time. To call Ancestors ambitious would be an understatement, perhaps too ambitious considering the PC version’s middling reviews.

For roughly two decades now, the powers-that-be have been trying to galvanize the Terminator franchise into an enduring machine that could output consistent quality content in the vein of T2.  They haven’t been able to fully do so, though, resulting in a swath of mediocre content spanning T3: Rise of the Machines all the way up to this year’s film lackluster release of Terminator: Dark Fate.  Naturally, video games have accompanied those cinematic releases wherever possible, and this year’s no exception with Terminator: Resistance, a first-person shooter from developers Teyon, a high-output studio with very little recognizable titles under their belt. Set in the future era under the umbrella of the anti-Skynet rebellion helmed by John Connor, Terminator: Resistance hopes to allow players to vicariously navigate through James Cameron’s universe without connections to the current film. The date for this keeps shifting, but the second week of December seems the most accurate right now.

Long considered one of the cult classics among role-playing aficionados out there, the Vampire: The Masquerade universe has enjoyed a surge of popularity as of late, largely on the heels of D&D’s spike in attention. While the tabletop RPing experience tends to be the best execution of the concept, the computer iterations have been surprisingly good over the years, especially cult favorite VtM: Bloodlines and its underappreciate role-playing freedom and choice system. While a sequel to that one is slotted to come out in 2020 – contain your excitement, everyone – the thirst for more can be sated by the largely text-based, visual novel-esque Coteries of New York, in which developer Draw Distance takes a lot of cues from the narrative and prompts from a tabletop module/sourcebook. Decisions will branch out and terminate into several different endings, hinged on how the player maintains their vampirism and preserves the “masquerade”. 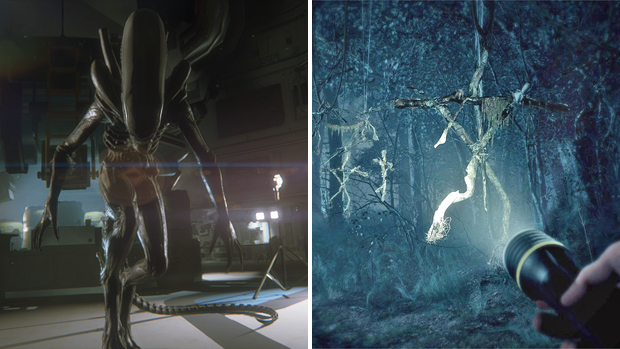 The remainder of the release calendar in December mostly looks to fill in gaps with ports and re-releases.  Blair Witch is now seeing the light of day on PS4 at the beginning of the month, December 3, while Alien: Isolation will creep onto the Switch come December 5. Those of us outside Japan will now be able to enjoy SaGa: Scarlet Grace, a port of the popular PS Vita RPG, on December 15, while an HD remaster of the Star Ocean remake, First Departure, is scheduled to dock on December 5. Also, Halo Reach and Detroit: Become Human will also receive highly anticipated PC releases this month, too.  And, worth noting, the final episode of the second season of Life is Strange will be released on December 3.