Next month marks the ramping up into the holiday video game gift season, which means it’s going to be a beast of a release schedule with plenty of heavy hitters timed just right for end-of-the-year purchases. While there’s a lot to anticipate, the month of October will be sporting what’s easily one of the most anticipated games for role-playing and sandbox aficionados out there: an experience that, if executed properly, could become one of those grand time-sinks that people think about when they’re at work or school and just might keep ‘em home from social activities for a few weeks. Aside from that, it’s a month of exhilarating expansions, remasters, remakes and ports without a lot of other heavy-hitting games. 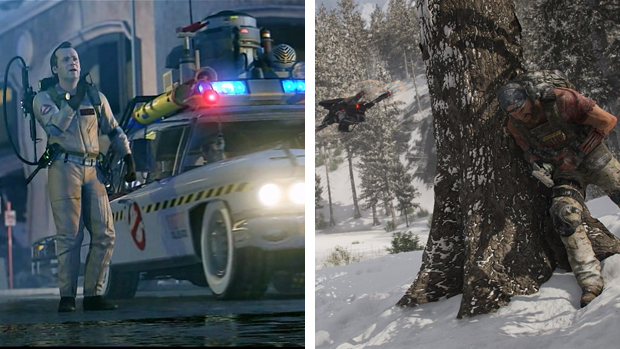 The times were very different when Ghostbusters: The Video Game was initially released.  In a period where no film sequels or reboots were announced and very little new content from that universe seemed in the pipes, the prospect of a proper sequel written by the creators – Dan Aykroyd and Harold Ramis, among others – and a near-complete roster of the original cast voicing digital recreations of their characters from yesteryear was hotly anticipated.  When the game was released, it delivered on its promise, producing a serviceable third-person quasi-shooting videogame that’s far, far more interested in tapping into narrative nostalgia than innovative play mechanics or difficulty … and honestly, that was enough. For one run through it, at least, as the repetitive and unobtrusive gameplay doesn’t lend itself well to multiple playthroughs, and critics have mentioned that little of that has changed for this remastered edition.  They came, they saw, they kicked ass again … and that’s about all there is to it.

Ubisoft has cranked out over a dozen releases under the Ghost Recon banner, yet they’ve struggled to achieve the same sort of acclaim that the Xbox 360 version of Advanced Warfighter and GRAW 2 received at the height of last-gen’s shooter craze. After receiving moderate success with their recent online iteration, Wildlands, Ubisoft Paris is going back into the fray with Breakpoint, continuing the scaled-back futurism of prior releases and further emphasizing survival aspects in an open-world atmosphere. From selectable classes to new weaponry and the addition of an Exploration mode – which replaces direct map markers with rough estimations of where a key location is at – they’ve made crowd-pleasing advances to the framework that should draw in  a variety of players. 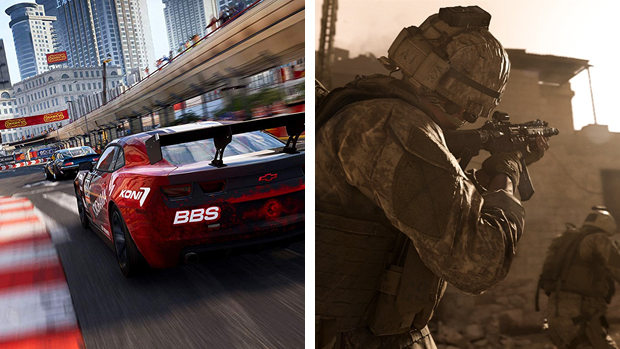 The name “GRID” will probably sound familiar to racing fans, as it was one of the better sim-like experiences to be released outside the heavy hitters in the genre a little over a decade ago. This GRID, again from Codemasters, adopts the now-commonplace practice of rebooting the franchise under the same name as its predecessors while not aiming to remake its namesake. Codemasters have become renowned for striking the right balance between realism and excitement when the player’s behind the wheel, so perhaps the most unique aspect of this version comes in what the studio has done with who you’re going to be racing against: several hundreds of different AI racers, ones that can have increased racing hostility if you’re getting to aggressive with ‘em. Combine that with reactive environments and a dedication to making the racing experience as practical or as laid-back as you want, and the mechanics are there for GRID to move back into a high position in its genre.

Take a look at the paragraph above, and you’ll find similar sentiments to those in this paragraph about Call of Duty: Modern Warfare, Activision’s “soft reboot” of the iconic shooter series. Beyond the return of certain characters, details are limited about what’s going on with the plotline, though the game’s mechanics and decisions about what to depict – notably the soldier recruitment and civilian deaths of children – suggest that they’re not going to be pulling any punches with this retooled version of a campaigned powered by Captain Price. There’s no need to really discuss the myriad ways that Infinity Ward has elevated the shooter genre, and as a result there’s little cause for hesitation in what they’re aiming to deliver with the overall FPS mechanics of their latest Modern Warfare.  Whether they can overcome controversy with clearly intense, unsettling imagery is unknown at this point, but that’s unlikely to stop the multiplayer following it’ll build, especially since it’ll be cross-platform play. 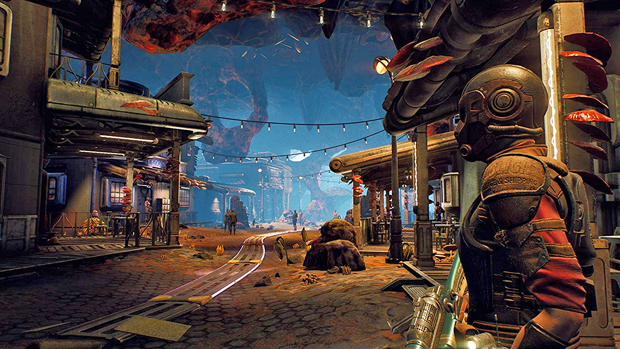 Order The Outer Worlds at Amazon

Even when the gameplay itself misses the mark, notably the wonky controls in Alpha Protocol, Obsidian Entertainment routinely delivers on layered storytelling and role-playing versatility.  When Bethesda’s attempt with Fallout 4 left some old-school fans a little cold due to its one-sided RPG aspects – there were choices and options, but the game seemed to have its preferred pathways – they were rejuvenated by the arrival of Obsidian’s Fallout: New Vegas, which both borrowed the engaging sandbox/customization gameplay of that previous entry and brought back the true freedom to roleplay.  The hope is that something very similar will be crammed into the first-person experience of The Outer Worlds, only this time Obsidian has crafted its own, brand-new setting and narrative hinged on a hybrid of futuristic and wasteland aspects. In a clever take on alternate history timelines, the player navigates a science-fiction realm hinged on unfettered corporate ownership and colonization of planets, one that consistently reacts to their choices with branching narratives.  The Outer Worlds looks a lot like New Vegas mixed with a little Mass Effect and Borderlands, in all the right ways.

Other noteworthy releases in October include another expansion for Destiny 2 entitled Shadowkeep (October 4); the fourth installment in the Trine side-scrolling fantasy puzzler franchise, Trine 4: The Nightmare Prince (October 8); another side-scrolling action-RPG entitled Indivisible (October 8), which almost has an old-school Aladdin tie-in feel to the movement and designs; and a remake of the classic PlayStation title Medievil (October 25). The Switch will also be getting a slew of great ports this month, most notably the Overwatch: Legendary Edition and the complete edition of The Witcher 3: Wild Hunt, both out on October 15, as well as Resident Evil 5 and 6 just in time for Halloween. And yeah, don’t forget about Plants vs Zombies: Battle for Neighborville (October 18), the enjoyable family-friendly alternative to all the other shooters coming out this month.