Regardless of the current state of the global stay-at-home orders/recommendations due to the virus, May never was going to be a big month for video games. The summer months are coming, and with them the prospect of a few more noteworthy games to look forward to, but until then we’re in the middle of that patch where school’s ending and summer planning begins … and that’s under normal circumstances. Therefore, May has been filled with ports, addons, and a few spinoffs that aren’t substantive enough to be large blips on the radar, though there’s still a few bits of fresh, unique, or fond enjoyment to glean from the release schedule.  Let’s dig deeper. 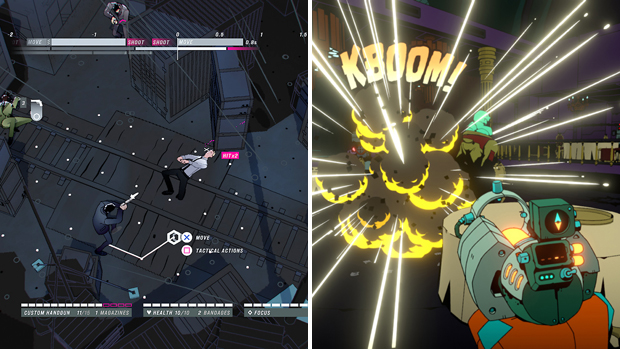 One of the most absorbing things about Keanu Reeves’ John Wick franchise can be found in how the 50-something actor – with minimal help from doubles – flows along at a calculated, but brisk momentum between the guys he’s attacking. That quick-paced energy has become a signature aspect of all the trilogy’s movies, something that could easily translate to the video game spectrum; an even mix of Sleeping Dogs and Grand Theft Auto tweaked to Wick’s style would be interesting.  Instead, what’s been delivered is a … turn-based strategy game, entitled John Wick Hex. Decisions are made along a grid-like system of what John’s going to do at a given time, almost like a tabletop adaptation of the movie series. The PC version has already been released to mixed responses from critics and players, citing the awkward translation of the concept to this gameplay style and the lack of focus on John Wick himself, but now the PS4 gets its shot.

While it may have drawn inspiration from past shooters like System Shock, few modern gamers can forget the first time they played through the original BioShock and the depths of Rapture. The twist might play a significant part in that, but the biggest reasons for this can be found in the colorful, gleefully hazardous (underwater) atmosphere and the tweaking of bizarre, borderline-cartoonish guns and magic abilities. Void Bastards aims to capture a similar feel to the environment and artillery in its first-person shooter design, but filters it through a cel-shaded, almost comic-book style to the artwork, along with a procedurally-generated design system that almost begs for players to view it as a roguelike game. Developers Blue Manchu have discussed the reasons why it isn’t of that subgenre, but that hasn’t stopped critics and players from attributing that label to their game … along with some robust impressions for the Xbox and PC versions already released.   Now, folks on PS4 and PC can jump in. 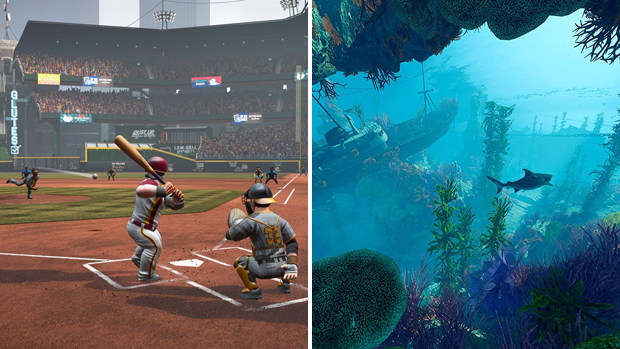 As we’ve mentioned several times before, the PlayStation has – up until recently – held most of the baseball simulator market by owning exclusive rights to The Show. One of the few competitors that have kept up with it in the standings is Super Mega Baseball, and much like, say, the Hot Shots series of golf games on previous consoles, what lies underneath the cartoonish character models is a reputable, highly enjoyable simulator that’s also accessible for more casual sports fans. Since the first iteration, the bobbleheads have grown smaller and the authenticity has ticked up, resulting in an experience for Super Mega Baseball 3 that’s surprisingly close to the border separating it from a “real-life” representation of the game.  New teams, new players, and robust roster/franchise alterations have added quite a bit to its already impressive foundation, while also continuing to improve upon its impressive aesthetic.

Considering the popularity of Goat Simulator and Untitled Goose Game, it’s probably safe to say that we’re as close to an “animal simulator” renaissance as we’re going to get. Gamers just typically prefer to pilot humanoid and anthropomorphic characters, with games like Ecco the Dolphin being few and far between prior to this small crop of successes.  Developers Tripwire Interactive are going for the jugular in 2020, though: they’re delivering A SHARK RPG. More than a few people would consider that to be the apex of the animal-simulator premise, as one can explore and hunt from the perspective of one of the most formidable – and misunderstood – animals out there, adapting to new places and hunting down other apex nautical animals in the region. The shark in Maneater doesn’t just want to peacefully live its life, though, as the player gains control of a pissed-off juvenile bull shark (seriously, check them out and size them up against great whites) out for revenge for the murder of its mother by way of shark hunters. 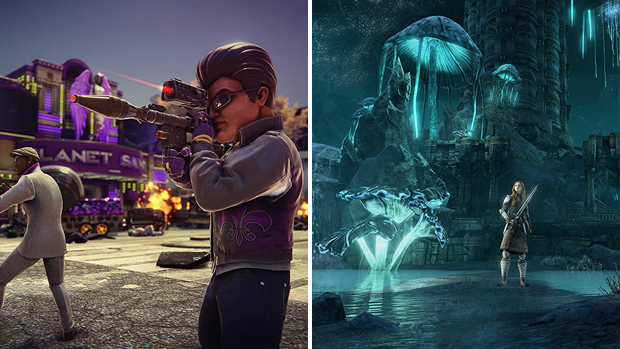 Some franchises have a natural evolution of their premise that can be tracked throughout entries in their games, but that isn’t exactly the case for Saints Row. What was once a more lighthearted “clone” of Grand Theft Auto in the urban sandbox subgenre abruptly jumped into the realm of outlandish parody in Saints Row: The Third, and for the better: it switched locations and gang factions to include lucha libre wrestlers and hackers, gave the player absurd character creation toys, allowed them to perform wrestling melee attacks, granted them weapons like mind-controlling octopuses and a giant purple dildo, and massively increased the explosiveness factor. The shift is so strong than it’s not unreasonable to assume that people who aren’t really into GTA or its copycats can find enjoyment in how Saints Row: The Third makes a mockery of the concept … while still sticking to the open-world freedom and mission structure. It’s a lot of fun, and it’s been remastered for PS4, Xbox One and PC.

Despite a brief announcement trailer and a handful of unverified leaks, no single-player Elder Scrolls game is in sight; nor is there a new Fallout game visibly in the works, for that matter. However, like clockwork over the past half-decade, Bethesda and the publishers at Zenimax Studios have produced significant yearly add-ons to their Elder Scrolls Online MMO platform, with the year’s installment taking players back to the realm of Skyrim with Greymoor. The heat’s been on Bethesda since they dropped the ball with their online attempt at Fallout, and their answer seems to be staying the course and continue with this massive-multiplayer paradigm. Greymoor revisits a popular location, ignites a new storyline involving vampires,  and introduces a new Antiquities system … as well as a new grid-based minigame called “scrying” that leads to excavations of gears across the existing map.  There will be a pretty sweet limited physical edition of Greymoor out there, one recommended as a potential pickup in our 2020 Limited Edition Video Game Guide.

As one can expect, we’ve also got a slew of Switch ports ready to go in May: Bioshock and Borderlands have collections arriving on May 29, along with XCOM and Xenoblade Chronicles; Star Wars: Episode 1 — Racer jets onto the Switch and PS4 on May 12, and Oddworld: Munch’s Oddysee creeps in on May 14. Minecraft gets an addon, Dungeons, on May 26, as does Mortal Kombat 11 with the anticipated Aftermath expansion on the same day … which includes RoboCop as a playable fighter, because why not.  And, as a reminder, Stadia is still releasing games here and there, bringing Zombie Army 4: Dead War to the platform on May 1.