We’ve made it to another year of new video game releases, but it’s more than that: it’s also the beginning of a console launch season for the PS5 and Xbox Series X. January also, of course, marks the result of gamers everywhere having some of the best titles of the year – and previous years – at their fingertips due to gifts given, holiday bonuses received, and/or overtime finally cashed in. This combo results in most of the video game community being distracted by other things, whether it’s playing with new shiny games from this generation or getting ramped up and researching what’s coming later this year. And because of that? It’s a very, very empty month for new stuff coming out for this round of consoles and on PC. Let’s take a closer look, all the same. 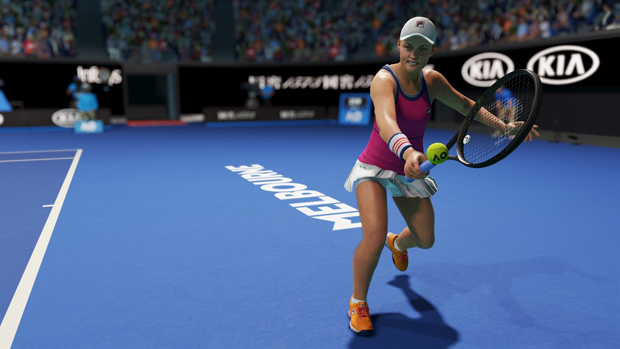 Similarly to golf, there’s something universal about the zen aspects of playing tennis (or table tennis) video games, where even those who aren’t exactly enthusiasts can find some enjoyment in playing. One could argue that the process of playing Pong resembles the engaging, yet relaxing rhythm of tennis video games, so the concept of bouncing digital dots between competitors – either sitting next to you or digital – has been a thing for a long while and evolved with the years.  Over the years, however, popularity of these games has fallen to the wayside, and releases are slim.  AO (Australian Open) Tennis stepped up a few years back taking aim at a realistic, detailed tennis experience, but the release was married with the need for a day-one patch that still couldn’t overcome critically panned physics and unsatisfying graphics.  Despite this, AO Tennis 2 hopes to serve up this sequel inbound the first time, and hopefully on January 9: there are conflicting dates, as it may have been pushed to the end of February.

SEGA’s storied game series about a semi-fictionalized gang atmosphere in Japan has long prided itself as one of the more reliable beat-‘em-up franchises out there. A shift to turn-based combat might be a bit of a shock to some players, but fans of other Japanese RPGs might be drawn in enough to counterbalance those hesitations.  Guess we’ll see with Like a Dragon, which transforms the martial-arts combat fans have come to love into a somewhat similar-feeling turn system. Yakuza’s storytelling has always stood out from the gameplay, and regardless devotees will dig into this revamping on the series that follows a new setting and a new “emotive and outspoken” protagonist, Ichiban Kasuga.  All these new variables could make Like a Dragon out to be a reboot of sorts for the Yakuza series; however, execution will of course determine whether it feels like something new or a natural extension of what comes before. Those in Japan will learn soon enough, and worldwide gamers who can’t play it until later in 2020 will be waiting anxiously for their impressions. 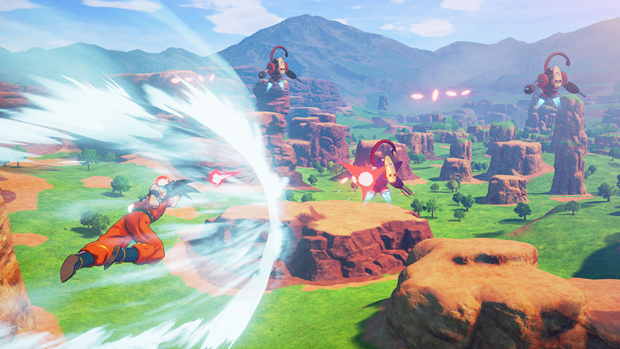 Whenever Dragon Ball Z enters conversations about what superheroes would win in battles over one another, the Japanese property often gets shrugged off because its characters are often portrayed as exaggeratedly overpowered. In video game form, reducing these powers to the scope of a fighting-game framework keeps that perception somewhat in check … though with modern tech and open-world games being so popular, a boundless DBZ “simulator” from the perspective of these characters is certainly something fans would desire.  Enter Kakarot, which allows the player to gain control of Goku (and other series regulars) and maneuver around the vast landscape of the game’s universe: to glide, levitate, charge, slam into obstacles, traverse towns, fish, converse, and of course fight. Other Dragon Ball games have attempted the open-world feel – Xenoverse, for instance – but not with the genuine freedom, emergence, and reactions that Kakarot has boasted thus far.

Journey to the Savage Planet — January 28

Somewhere between The Outer Worlds and No Man’s Sky lies Journey to the Savage Planet, the debut game from Typhoon Studios, a new collaboration of gaming dev vets. Players gain control of a faceless protagonist – essentially assumed to be you, the player – as they navigate what was believed to be an uninhabited planet under the employ of the “4th Best Interstellar Exploration Company”.  With vibrant colors and a focus on humor, the first-person action shooter then allows the player to discover why the “uninhabited” part of their assumptions isn’t correct. Progression has been labeled as something like Metroidvania style of games, where certain obstacles and challenges are insurmountable without certain gear earned later down the line, and the breadth of the hazardous world has been described as “focused” due to the small scale of the dev team.  Seems like an easy pickup for those who dig sci-fi and lighter-hearted gaming experiences (like myself).

A few assorted ports and remasters fill out the rest of the calendar for January, with PC players getting both the latest Monster Hunter World expansion, Iceborn, on the 9th and the Warcraft 3: Reforged remastering of Reign of Chaos and The Frozen Throne coming on the 28th. The Atelier franchise of JRPGs will be releasing its Dusk series of games in a PC/Switch/PS4 bundle on the 14th, while a Nintendo Switch port of Oddworld: Stranger’s Wrath will be descending on January 23. And finally, The Walking Dead will be scaring up some excitement on the VR front with Saints and Sinners, also on the 23rd.