How to Throw an Absolutely Killer Breaking Bad Viewing Party 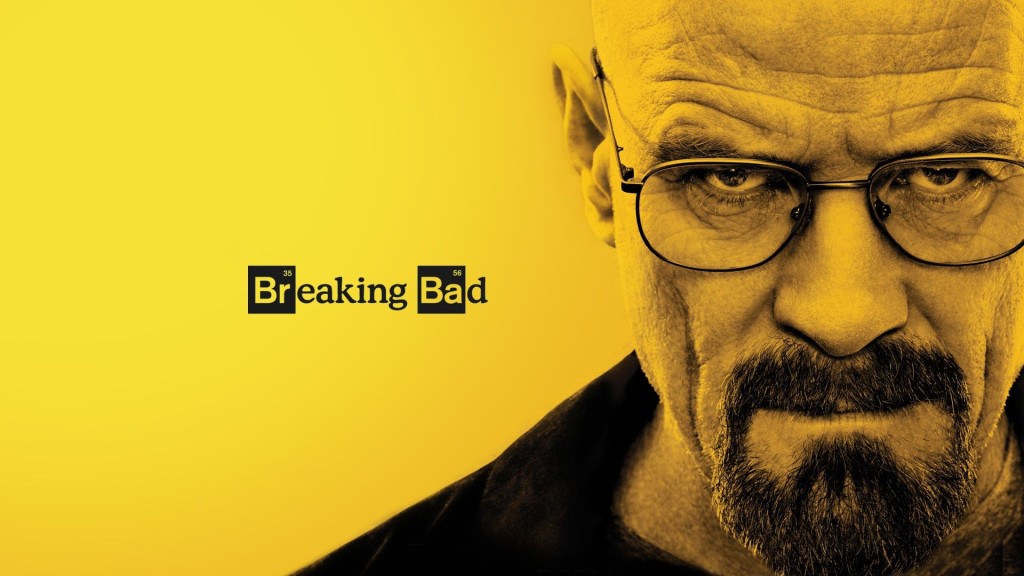 I must confess, I had trouble getting into Breaking Bad a few years ago. After watching the first few episodes of season one on AMC, my attention was drawn to other shows like Game of Thrones and The Walking Dead. However, after I noticed Netflix Instant added the first four seasons (the first half of season 5 will be added on Friday, August 2), I decided to give it another shot. And that was the best decision I’ve made this year. 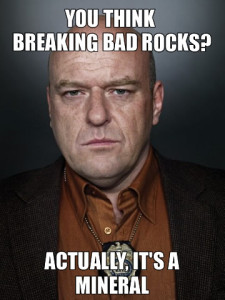 I can’t possibly tell you how much I love the series. There are so many amazing, tense moments in the show that are absolutely brilliant. I burned through all the episodes in the first four seasons in two to three-hour chunks after work over a month.

I can’t wait for the start of the second half of season 5 on August 11. I’m just worried that I won’t be able to contain myself week to week, since I’ve never had to wait to watch an episode.

If you have friends who also love the show, you may be throwing a viewing party in a couple weeks to watch the new episode. If that’s the case, here’s a collection of fantastic Breaking Bad-influenced ideas that will make your viewing party more successful than Walter White’s “car-wash” business. 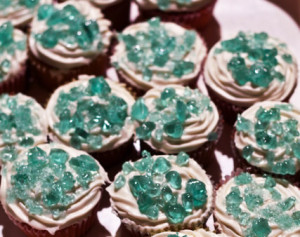 The obvious play here is to serve up tons of fried chicken, either home-cooked or purchased from a place like KFC, Popeye’s or Church’s Chicken. If you want to go the extra mile, there’s probably a local eatery around you that serves great fried chicken—usually much better than typical fast food fare.

Once you have the chicken, you can purchase a couple stickers for Albuquerque’s fictional chicken joint Los Pollos Hermanos. If you would prefer to print your own on a color printer to save a bit of money, here’s a high resolution image: LINK.

Here are some more options for something to munch on and drink during the show (and a Breaking Bad drinking game, if you dare!): 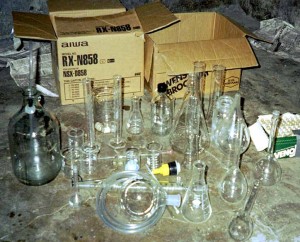 What would a Breaking Bad party be without some proper cooking tools? Hunt around on eBay and you should be able to score some old science gear, hopefully broken in order to keep the cost down.

Beakers, flasks, burners, plastic tubing, basically anything that would be found in that old RV. Also, make yourself up a batch of rock candy with blue dye and leave it in the pan for added effect sitting in the middle of the cooking gear. Heck, if you can find a small vial on the cheap, fill it up with salt or sugar to emulate the elusive Ricin vial.

If you want to spend a bit of money on gear for your Breaking Bad addiction, here are some more ideas: 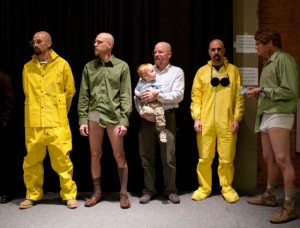 This is one of the few (if only) parties that you can show up wearing nothing but a pair of white briefs and be awarded the best costume for the night. In addition, you barely have to spend any money on costumes as the majority of the clothes worn in the show are ridiculously cheap. For a few bucks at a hardware store, you can buy a cheap suit that will emulate what Jesse and Walter wear while cooking.

Here are some options:

With costumes, props and excellent grub covered, you should have no problem throwing a Breaking Bad party potentially at the level of a Jesse Pinkman one-month house party. Enjoy the premiere on August 11; let’s all raise a glass to the culmination of an amazing series!