While Amazon recently made a big show of going after reviewers selling their review services on sites like Fiverr and other employee crowdsourcing sites, Amazon hasn’t made any substantial moves against the rampant growth of overseas sellers flooding the retail site with fake reviews.

This is usually how it works. A reseller will source products from a country that manufacturers items very cheaply, like China for instance. They list those products on Amazon, then distribute a sample of those products to a group of “unbiased” reviewers at a steep discount or completely free.

Those “unbiased” reviewers plaster Amazon with 5-star reviews for the product with a variation on this disclaimer phrase “I received this item at a discounted price for my honest and unbiased review.“These “unbiased” reviews will usually include a smattering of product pictures as well as common phrases that pop up in the description. Fortunately, it’s pretty easy to identify these shills.

Alternatively, you can also use FakeSpot

Fakespot.com is a new site that popped up within the last few months that uses algorithms to analyze all reviews for a specific product. The site searches for automated reviews (generated by bots), one person writing reviews under several fake profiles, and reviews that were written in exchange for discounted or free products.

Let’s look at a few examples of super fake reviews: 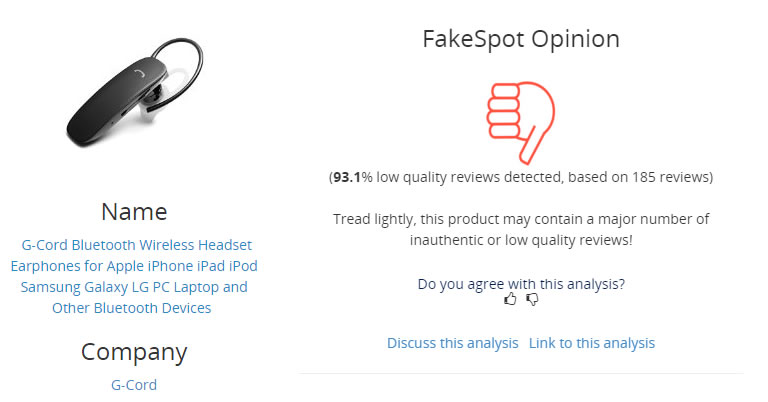 The biggest problem with these G-Cord reviews is short length and poor writing. There are few specifics about the product within the reviews and many appear to have been purchased around later October. 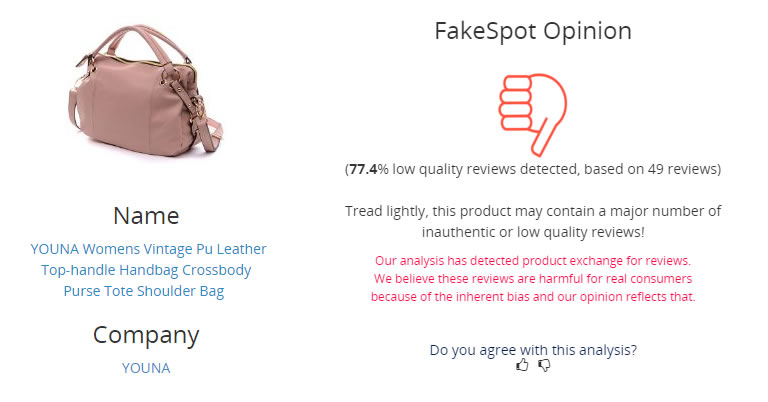 These reviews are obviously fake due to common phrases used between different reviews as well as constant mentions of receiving the product at a discount. There’s an identical trend in other Youna reviews. 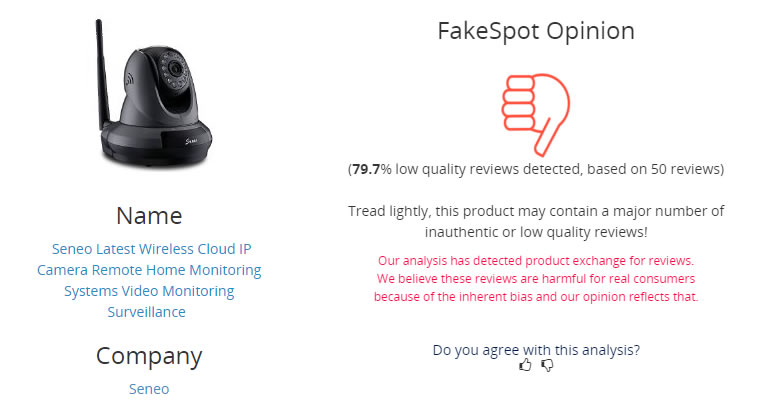 The three core problems with this batch include an overwhelming amount of positive reviews, language that utilizes too many positive superlatives, and reviews that exist without the reviewer actually purchasing the product.

On the flip side, let’s look at a legitimate review page.

With such a small amount of fake reviews in the mix, you can easily trust the Amazon reviewers for this particular product.

Surely, a retailer with a market value of $250 billion could afford to invest in a little algorithmic learning that spots and removes fake reviews. One issue is that exchanging product for reviews is basically the definition of the Amazon Vine reviewer program. Products are distributed to Amazon Vine reviewers for free in exchange for a detailed review. Amazon is leading by example, to a certain extent.

Another issue is that Amazon makes loads of money facilitating the sale of products through third party sellers. Amazon takes a commission percentage for each product that a third party sells on the site. In addition, third party sales have greater margins, thus many analysts believe Amazon is making more on these sales than selling first party items. Of course, Amazon also makes money on fees when storing items for a third party seller in an Amazon warehouse.

No matter which way you slice it, there’s an obvious conflict of interest for Amazon to move faster on removing obviously fake reviews. Fake, 5-star reviews help products sell more quickly, even if it’s at the expense of the Amazon customer.

Have you ever purchased a crappy product on Amazon that had fake, overly positive reviews? Let us know in the comments below.
AmazonAmazon reviewsfake reviewsreviewssplendiferous