7 Macbook Covers to Impress the Cute Girl at the Coffeeshop 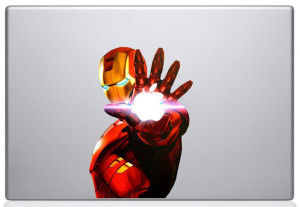 God, expressing yourself is so tiresome! Picking out clothes, refining your tastes, forming opinions… We wish we were born in the 50s when everyone was the same. Where’s the shortcut to showing the world who you are? Where’s the quick avenue to demonstrating the kinds of things you’re into, in a creative way, and without speaking? How else is that cute girl at the coffeeshop going to know you’re cool?

(It’s not like you’re going to go over and talk to her! Are you reading this at the coffeeshop? Is she here? Just do it! Do it right now, today! Just go and say hi and ask her a question about what she’s doing! The shame of getting rejected is worse than the shame of not taking a shot!)

So here’s a list of 7 Macbook Covers to Impress the Cute Girl at the Coffeeshop. You can peruse the samples we gave, or maybe it’ll inspire you to find the one that’s just you. Because that cute girl knows nothing about you, and it’s not like you’re going to go over and introduce yourself, anyway.

(You’re not, are you? Go ahead, prove me wrong! I dare you! If logic won’t get through to you, maybe taunting will!) 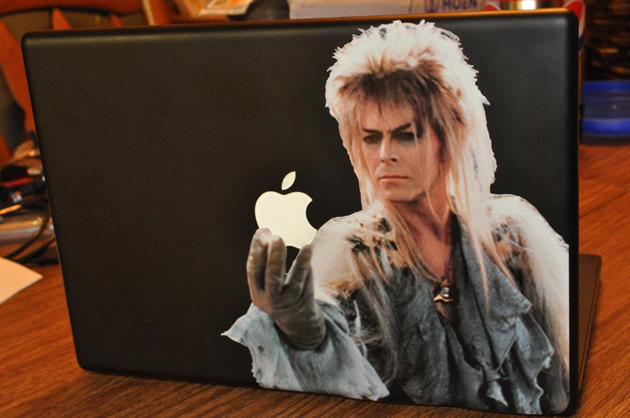 David Bowie is Bill Murray-esque in that he can do wrong. It doesn’t matter if he’s writing songs that make us feel things or prancing around with a bunch of muppets as the Goblin King – either way, he knocks it out of the park. This David Bowie in Labyrinth Decal is sure to get you a lot of compliments… but be prepared to explain to the kids that it’s not some gay pirate. 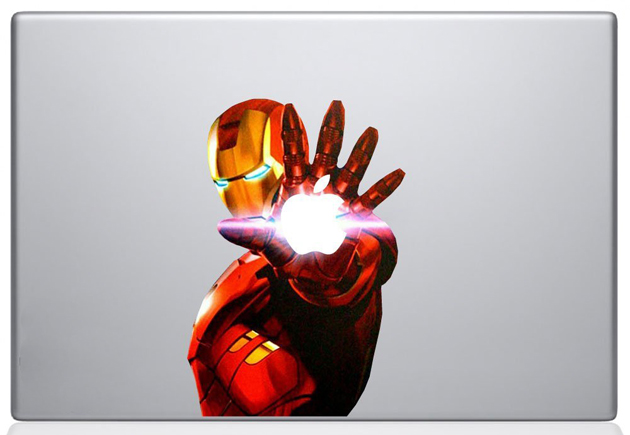 Iron Man is the new Batman. The titular role of Marvel’s most popular movie franchise translates well to other mediums… like the front of your Macbook. Good use of the glow! 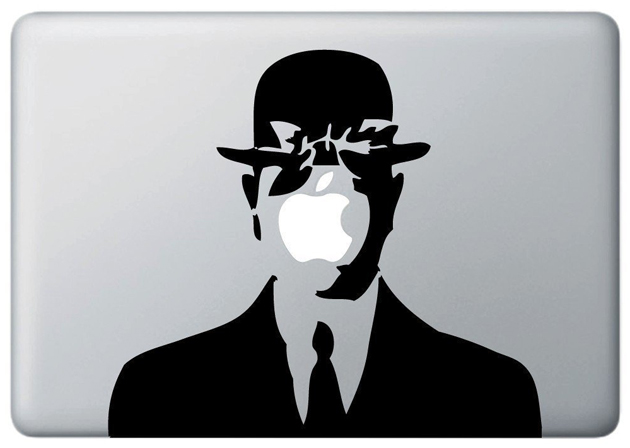 You just can’t fake classic art, and Magritte’s Son of Man Decal is the surreal deal! Show off your artistic side by knowing what a Magritte is. 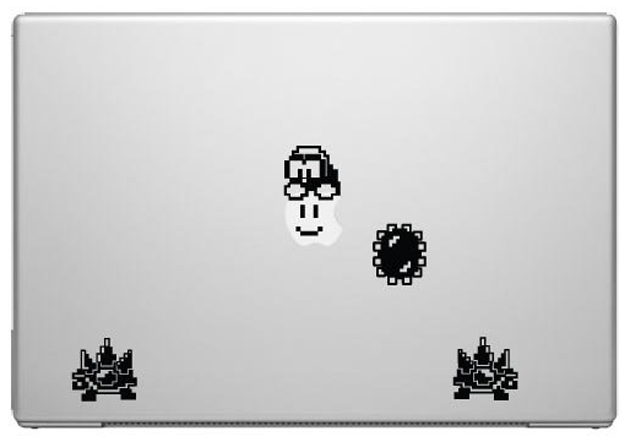 While there’s no shortage of Mario Bros. decals, this one is our favorite. It’s amazing how a simple, pixelated smiley face can make almost anything part of the Mario Bros. universe. 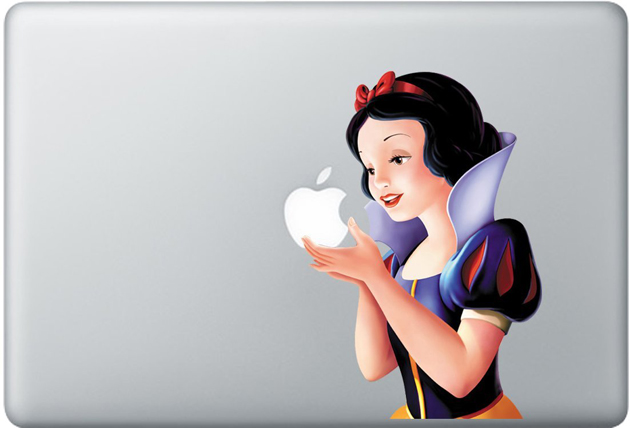 Hands-down best use of the apple, and also something for the ladies. (Don’t think because you’re a girl, you’re exempt from approaching that cute guy at the coffeeshop! This is the 21st century, women make the first move, too! He wants you to talk to him!) 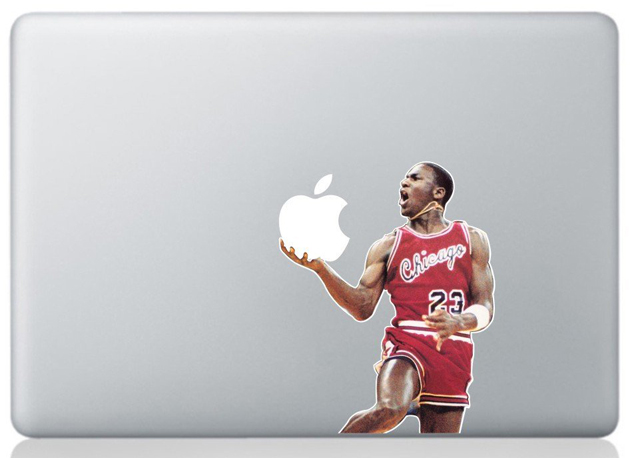 Haters gonna hate, but the man revolutionized the game. There can be only one “Best.” 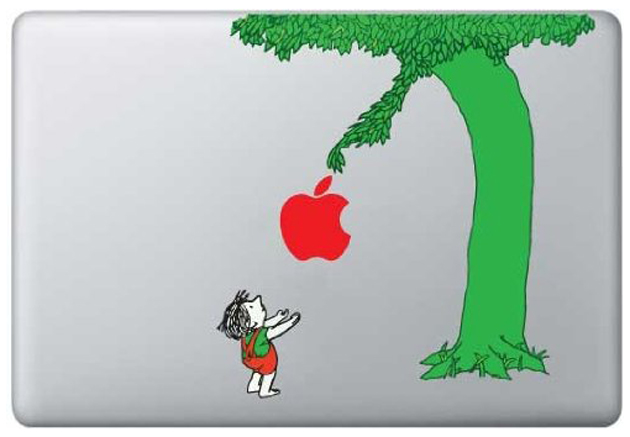 And this is what it’s all about – a sentimental reminder of our childhood innocence, invoked by a sticker on a computer. Oh poor, trusting Giving Tree… we never would have cut you down if you were our tree. Just the thing to show people you’re all sensitive and crap.