Millions of fans around the world love Leonardo DiCaprio, except for one guy named Oscar. One of the most beloved actors of our time and your girlfriend’s most popular choice for “If you could cheat with one celebrity…” is, to no lack of his skill, Oscarless.

He’s played the mentally challenged and heroin addicts, he’s done Shakespeare and Fitzgerald, he’s worked with other actors and directors whose Oscars have won their own Oscars, and yet Marisa Tomei has been acknowledged by the Academy more than he has. If the Revenant does nothing for him, he’ll have no choice but to take that role as the blind, gay abortion doctor in World War II Germany. 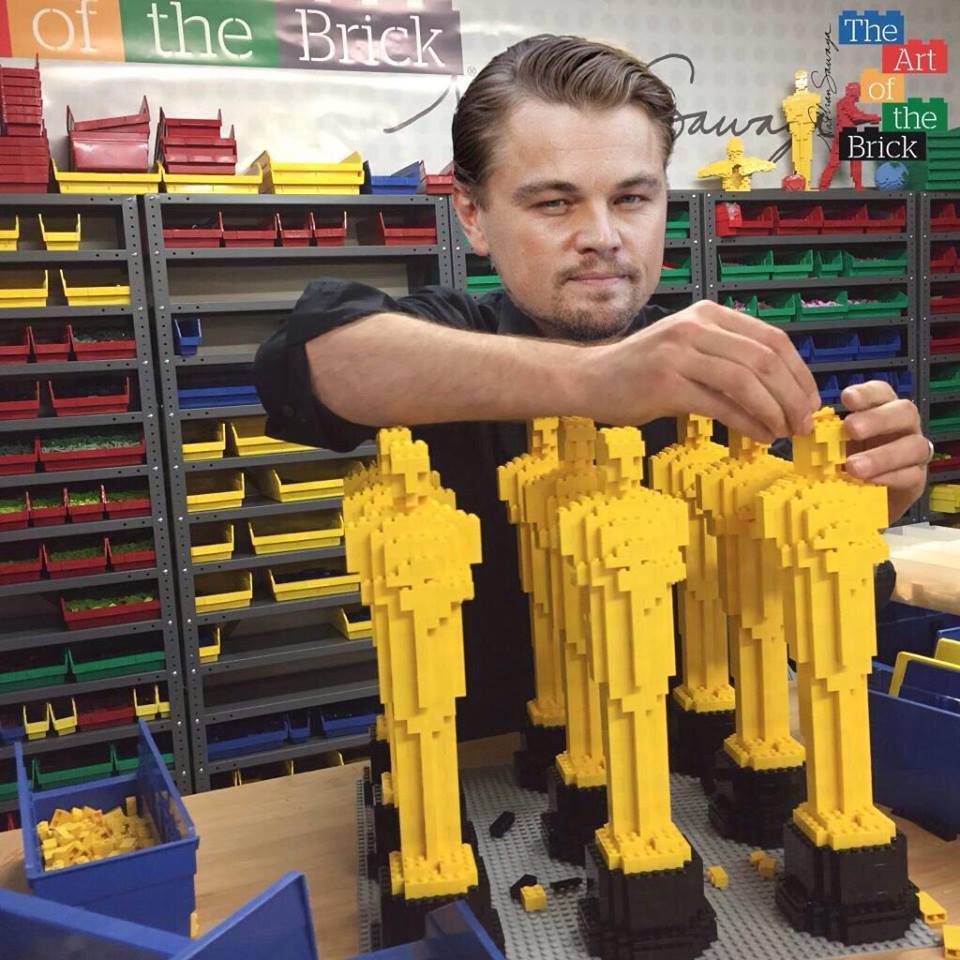 Let’s take a look at 10 Leonardo DiCaprio movies that Academy judges were sick during the screenings of. 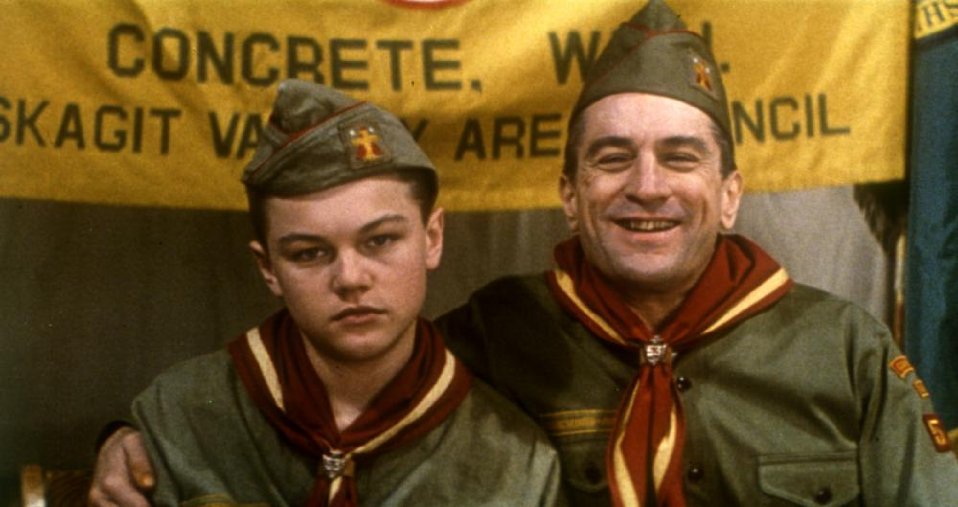 Fresh off his early acting successes of Critters 3 and the last-ditch effort to save Growing Pains in its final season, a young DiCaprio starred in an intense drama opposite Robert De Niro. As if a Robert De Niro drama weren’t enough to catch the Academy’s eye, DiCaprio plays a youth trying to escape his abusive step-father and learning what it means to be a man in this 50s historical piece. 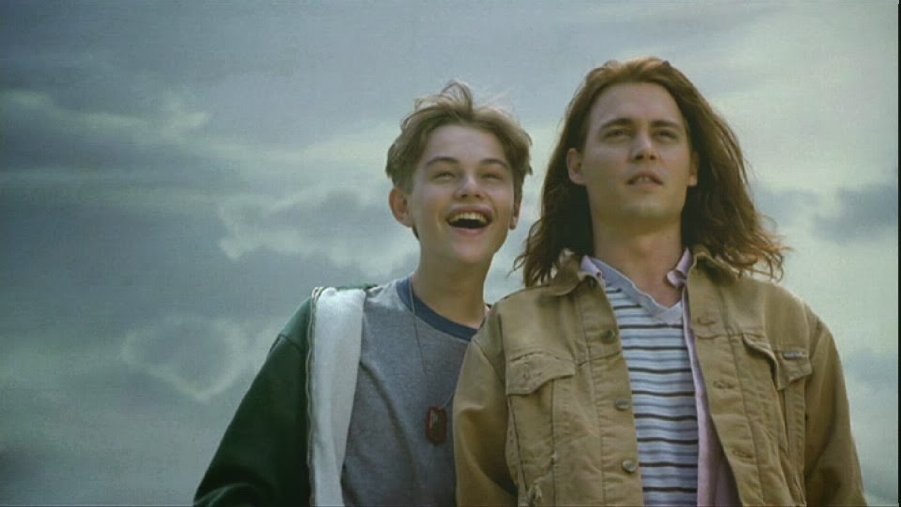 “A movie starring Johnny Depp and Leonardo DiCaprio as brothers! That must be the sexiest movie ever!” says your girlfriend… until she learns it’s about the struggles of a poor family and that DiCaprio’s character is mentally challenged. The film’s an unblinking look at the life of Gilbert Grape (Depp), who has to more-or-less single-handedly take care of his handicapped brother, morbidly obese mother, and the rest of his working class family, despite a new love entering his life. All joking aside, DiCaprio’s performance in this movie is one of the greatest of all time, deserving of ten Oscars on its own.

Oscar snubs: Leo for Supporting Actor, then given the finger. 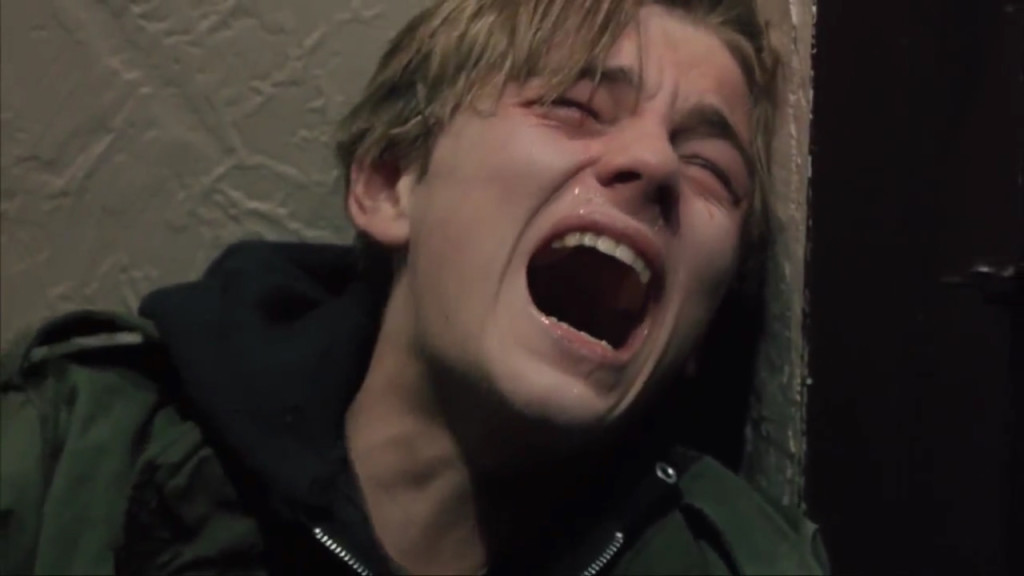 After tackling an abused child and the mentally challenged, DiCaprio moved on to something upbeat and feel-good: a junkie with fallen aspirations. DiCaprio plays a high-school basketball star who falls into heroin addiction as a result of a best friend dying of leukemia and an inappropriately “hands-on” coach. Broken dreams, desperate people forced into prostitution, and a 3-point corner shot of drug addiction: this movie has everything the Oscars love… except for the star.

As if his first three roles weren’t depressing enough, Leo decided to play a teenager who killed himself in the name of love. But just for extra insurance, he made sure they hired one of the best writers in the industry, a bard named Willy Shakespeare. Aside from being an imaginative modern adaptation of one of the most famous stories ever told, Romeo Plus Juliet, this movie had all the making of an Oscar hoarder, not the least of which was Leo’s performance, worthy the Her Grace the Queen, Defender of the Faith.

Oscar snubs: Only nominated for one Oscar, but not one of the good ones, one of the middle ones you make a sandwich during. 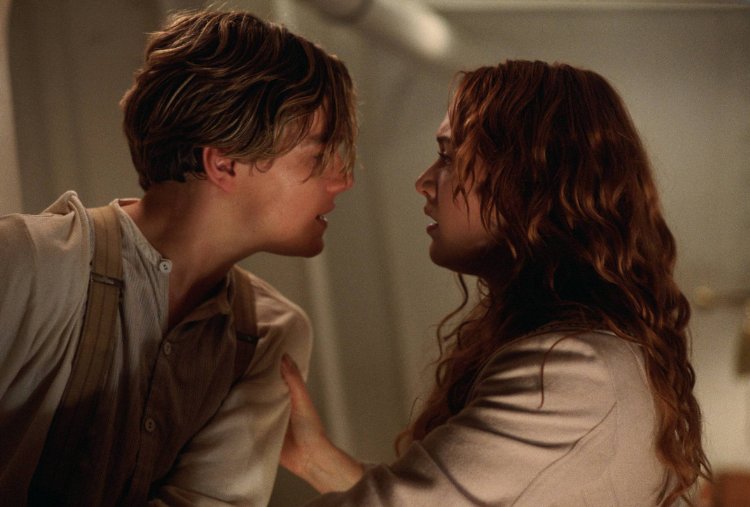 Fine, maybe Titanic is more of a popular choice than a critically acclaimed choice — but ask your girlfriend and she’ll say it was a Oscar-worthy performance. Here’s a movie for everyone: for the romantics, a touching story about a love that fights against insurmountable odds only to end in tragedy; for everyone else, that guy at the end who falls off the back of the boat, hits the propeller, and flips down into the water (you know what I’m talking about). In case you haven’t seen this little-known, under-the-radar gem, DiCaprio play the charming young man mathematically calculated from centuries of women’s erotica.

Oscar snubs: The film won 11 Oscars and costar Kate Winslet got a nomination, but no life raft for Leo. 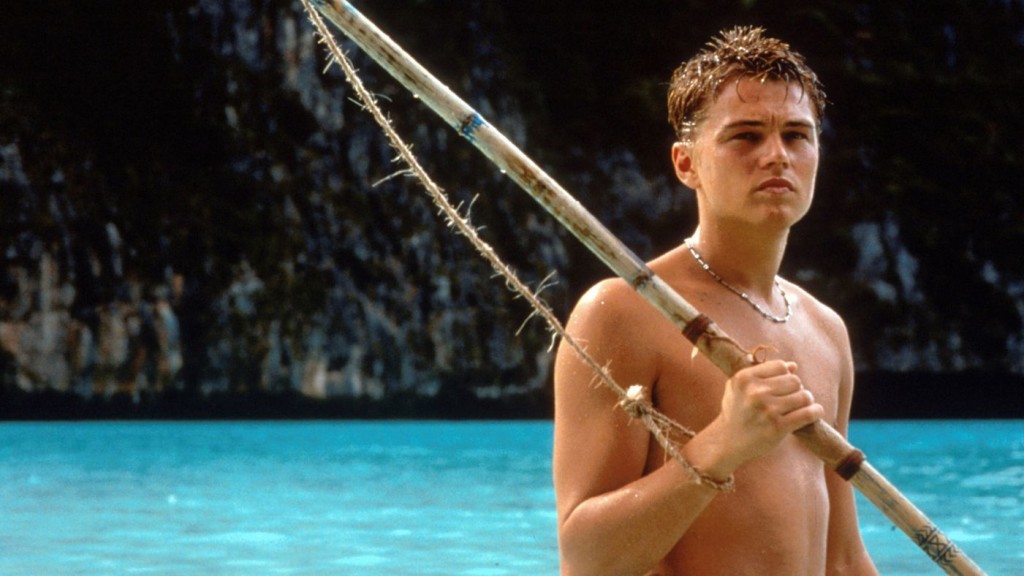 Ah, now here’s a Leonardo DiCaprio film that no one seems to like. Working with the director of the critically acclaimed Trainspotting, DiCaprio tackles a thinker’s film full of applicable philosophy and artistic imagery that left most of its audience scratching their heads or asleep.

Watch The Beach on Amazon Now 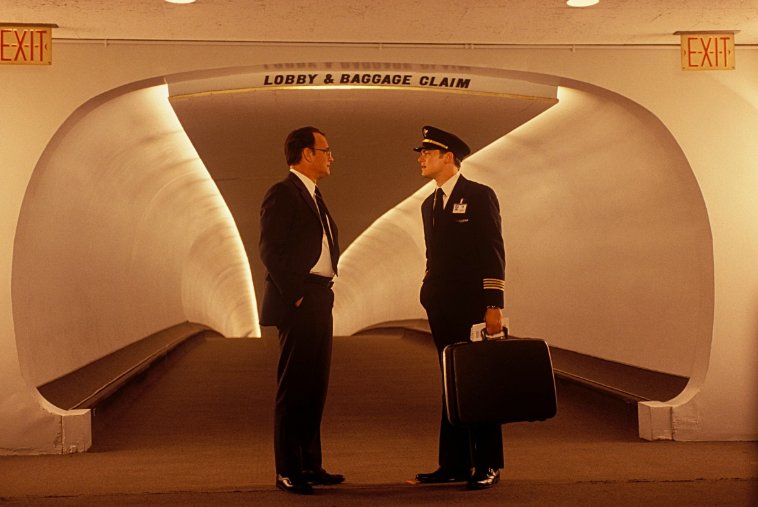 Steven Spielberg directs Leonardo DiCaprio, Tom Hanks, Christopher Walken, Amy Adams, and Martin Sheen in a movie with a lot of heart that avoids being cheesy, based on a true story. DiCaprio’s character was a charming and clever young man with the ability to act like different people in different professions, though he could never get recognition from the people he wanted it from… Hmmm…

Watch Catch Me If You Can on Amazon Now 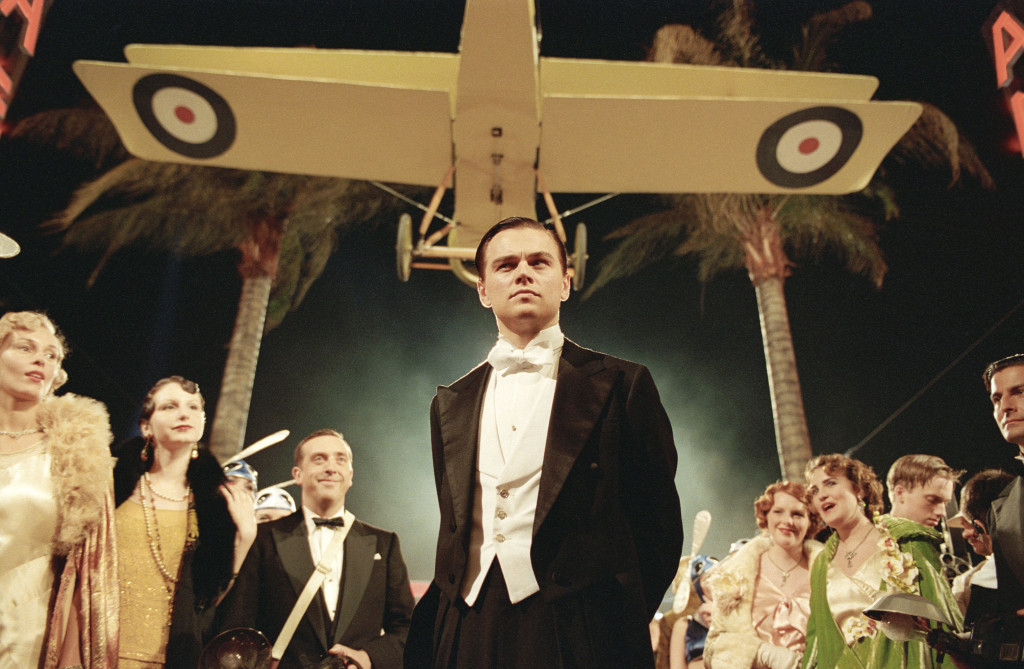 DiCaprio again goes forward into the past in this bio-pic of the wacky Howard Hughes… and by “wacky” we mean a paranoid man who lived in a single room, grew out his fingernails, and peed into jars. It really is astonishing that DiCaprio doesn’t have an Oscar considering what a crazy-house it’d be if you got all his characters together in one place.

Oscar snubs: Leo was at least nominated, but was beaten by Jamie Foxx, a comedian who got his start opposite Jim Carrey on In Living Color.

Watch The Aviator on Amazon Now 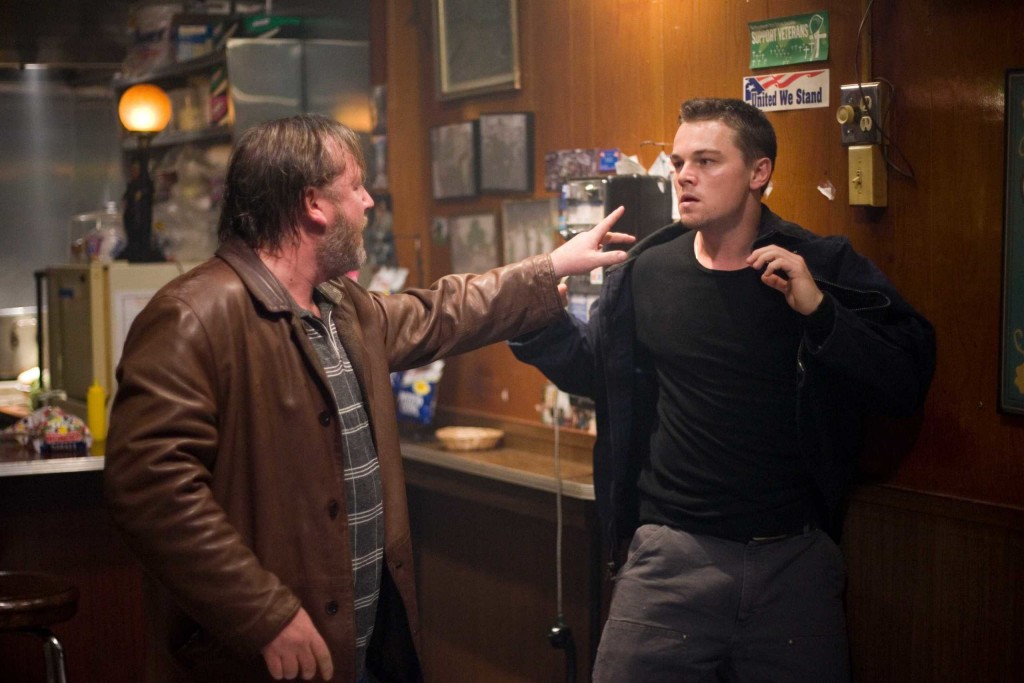 Martin Scorsese trades the New York for Boston and the Italian mofia for the Irish mofia in this epic, edge-of-your-seat adventure about a bunch of people who lie to each other. It’s like Mean Girls with guns. The winner of best picture of the year and the possibly the best film of the decade did nothing for Leo’s Oscar hunt.

Oscar snubs: In a bill with Leonardo DiCaprio, Matt Damon, Jack Nicholson, Ray Winston, and Martin Sheen, only one of these phenomenal actors was nominated: the artist formerly known as Marky Mark. (Leo was that same year nominated for Blood Diamond… Guess what happened.)

Watch The Departed on Amazon Now 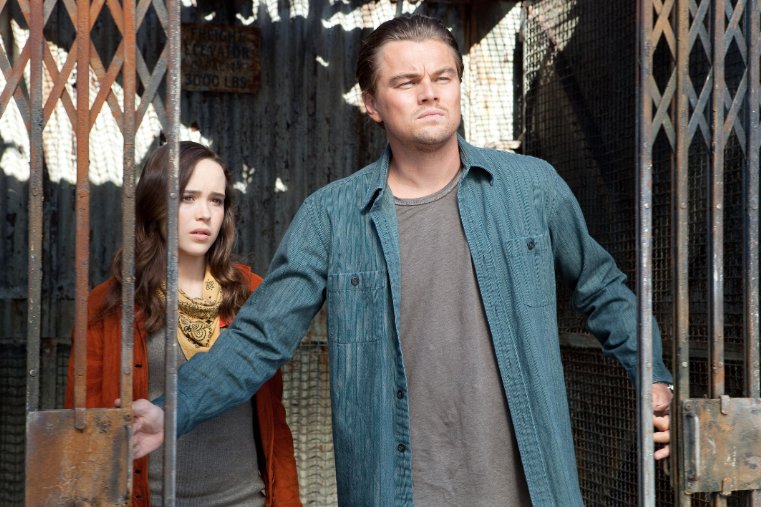 I think we all deserve an Oscar for understanding Inception, let alone enjoy it. In an attempt to hide from the gritty realism of Martin Scorsese, DiCaprio sought shelter in the gritty fantasy of Christopher Nolan. Scorsese later found his escaped prisoner, and dragged him back to reality for the Wolf of Wall Street (another movie got an acting nomination for. He got dressed up in his best suit, made sure he looked nice, and when he got on stage the Academy dropped pig’s blood on him).

Oscar snubs: No acting nominations, but the Academy gave the film got plenty of other Oscars just to hide the fact that they didn’t get it (think Emperor’s New Clothes).

And there you have it. Ten cinematic classics that included some of the greatest movies ever made. Zero best actor award. To wrinkle your brain even more, consider all the amazing directors that he’s worked with, and how none of them got him an Oscar. We’ll leave you with this List of Legendary Directors Who Dropped Leo Off Miles Away From Oscar-town and Told Him to Walk the Rest:

Did we miss any Leonardi DiCaprio movies? You bet we did! Post your picks and opinions in the comments section now, and let Leo know you care.