Xbox Springs Into Action With April’s Games With Gold Adventures

While the official start date for spring is a few weeks into March, most people associate the turn of the season with the blooming plants, pastel colors, and Easter celebration of April. After a relatively frigid first few months from the Xbox camp, it looks like Microsoft have embraced the spirit of this season by getting their Games with Gold for the month to blossom. Containing a pair of noteworthy AAA titles and a novel, popular abstract gaming experience – and, oddly, yet another Pixar movie tie-in – their foursome of titles for April finally show some life in a shrug-worthy year thus far. Here’s hoping that they continue to flourish in the coming months. Let’s dig deeper into the games. 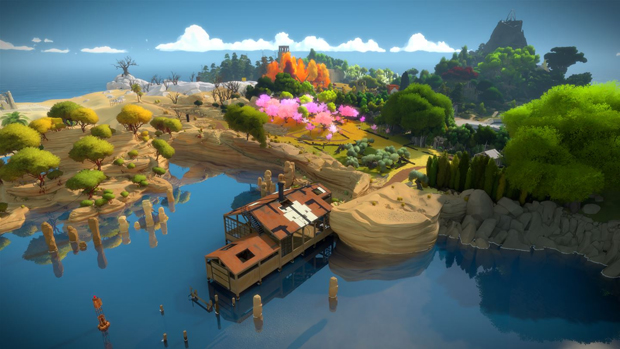 As games grow larger, more elaborate and sophisticated in their digital world-building, the puzzle adventure genre struggles to keep up. Either those games ease up on the technical aspects and conjure a deliberately nostalgic return to the era of Myst and Sierra’s point-and-click adventures, or they go into the territory of walking simulators, which can easily struggle with pacing issues and staying engaged with the narrative.  The Witness takes a major step toward combining these two concepts, bringing the exploration aspect of the best first-person puzzlers from the ‘90s with the sprawling landscape of a modern open-world playground.  Vibrant multihued graphics create a sense of wonder as the player navigates a secluded island, while grid-based and environmental puzzles offer a deep and largely unguided challenge, provoking the curiosity and sleuthing of the player. The second game from designer Johnathan Blow, the guy responsible for Braid, has been regarded as another indie masterwork.

Prior to the Egypt-themed Origins, the Assassin’s Creed franchise proved to be a tricky and awkward challenge for Ubisoft. They struggled to revolutionize their endlessly popular open-world property while also fumbling with digital quirks, mostly with their first current-gen installment, Unity, which has documented glitches in both form and function.  Syndicate had the unfortunate honor of following Unity and cleaning up the mess of its reputation, yet it does so admirably with an absorbing setting – steamy, leather-bound Victorian London – and the concept of dual protagonists, siblings Jacob and Evie Frye, who can be switched on the fly.  Even with the novel atmosphere and pairing of main characters, however, Syndicate feels like Ubisoft played it safe after the tumultuous release of Unity. While it exists on the better side of the spectrum of games in the franchise, its moving parts aren’t significantly different to those in other Assassin’s Creed entries, resulting in a sturdy yet worn-out stealth sandbox. 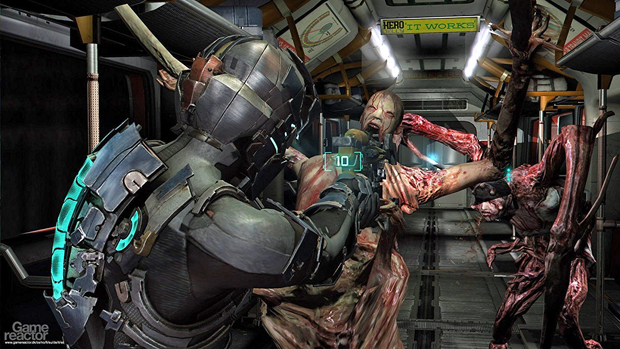 The inclusion Brave: The Video Game in the previous month’s Games With Gold offerings was a bit of a head-scratcher, mostly because that game’s most distinguishing component was its functionality with the now-defunct Kinect camera system. Now, Microsoft has included another Pixar tie-in that might also cause some to scratch their heads a bit, but for other reasons.  Notorious for arguably being Pixar’s worst film and an indication that they were veering into mindless sequel territory, Cars 2 was adapted into a console videogame by Avalanche Software, transformed into something of a Mario Kart clone. Characters from the film engage in combat-style lap racing under the guise of an espionage training simulator, where victories unlock vehicles and tracks and multiplayer functionality is always an option. Designed for kids, Cars 2 arguably finishes its race in better standings than the movie itself.

Visceral Games’ original Dead Space conjures fond memories of writing about videogames during last-generation. After the developer – then known as EA Redwood Shores — telegraphed one of the more unsettling horror games released in a very long time, drawing comparisons to the scares of Hollywood productions, genuine enthusiasm built up around what non-sports projects could accomplish under EA’s oversight.  Dead Space 2 furthered this enthusiasm, as the unrelenting atmosphere and fine-tuned third-person shooter controls of the original see improvement in the sequel. Isaac Clarke’s unnerving navigation of alien-infested structures comes face-to-face with his waning sanity, while design tweaks beef up the sci-fi shooting aspects, thrusting him against warped new necromorph aliens and complex gravity scenarios. Dead Space 2’s elevation of the concept put Visceral Games on the map, which would unfortunately be the last indisputable success from the developers, who shuttered in October of 2017.