Xbox Sneaks Into 2019 With Passable Games With Gold For January

A new year is upon us, and with that comes the fairly quiet month of January in terms of newly released games for the Xbox One and other consoles. While a few big hits will be materializing at the very end of the month – including the debut of the Kingdom Hearts franchise on Microsoft’s consoles – the first couple of weeks leading up to it are generally uneventful, allowing folks to play through all the gifts they may’ve received over the holidays. This also carries over into the free games offered through the subscription services, evidenced by the lower-tier, yet still marginally intriguing titles offered through Xbox’s Games with Gold program. From side-scrolling and isometric arcade games to a sequel from several cycles back in a franchise, January’s freebies seem interested in merely jumping across to the next month without getting subscribers excited about it.  Let’s take a closer look. 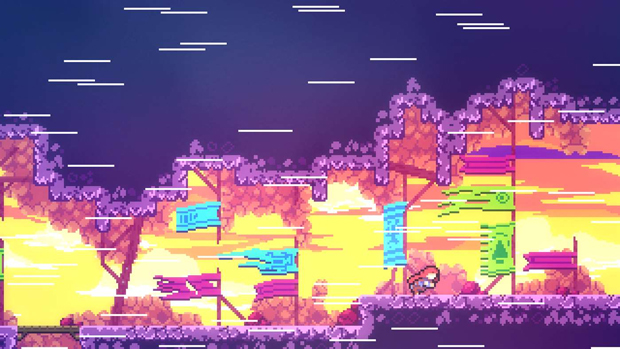 Matt Thorson’s legacy of making games stretches back over a decade and a half, evolving from small flash games to fantasy-inspired action indies such as the archery-based battle royale title TowerFall. Celeste merges his talents with those of artist Noel Berry, where they realize the journey of a young girl scaling a mountain through retro platforming 2D level design.  This game falls into the category of “trial-and-error” challenges, in which the player must learn by failing – and failing, and failing – in order to find the right strategy to traverse Thorson and Berry’s beautifully crafted and atmospheric levels. Even among those who enjoy what Celeste has to offer, the difficulty and the ratio of reward to challenge seem to be the talking points that confirm this indie exists for a very specific niche of gamers (if the retro bit graphics didn’t already do so).

Several different studios have taken on the World Rally Championship gaming experience since the gaming franchise’s introduction in 2001, with French studio Kylotonn being responsible for the last couple of installments. Released in 2016 and based on that year’s racing lineup, WTC6 cranks up the engine again for the studio’s second attempt at the world of rally racing, aiming to be accessible and appealing for the circuit’s fans by offering licensed cars (notably the introduction of Toyota vehicles). Unfortunately, during a period of hiatus for the franchise in the mid-‘00s, the Dirt and Dirt Rally series of racing games moved in and claimed the rally-racing crown, which has forced all WRC games released afterwards to compete with this critically more well-received competitor. Such is the case with WRC6, where racing fans and critics alike consider it a distant second in the pack. 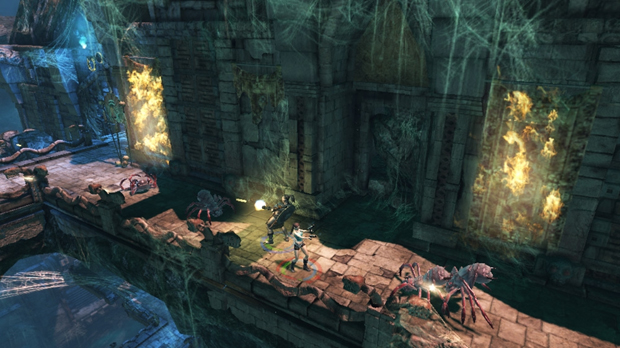 Lara Croft and the Guardian of Light (January 1-15)

Regardless of its popularity, the ability for a big brand-name franchise to move into another, smaller style of gameplay can be difficult; the Assassin’s Creed platformer titles and Telltale’s Minecraft: Story Mode are a testament to that fact. Occasionally, one of such spinoffs succeeds in capturing the franchise’s familiar attitude while also venturing into new gameplay territory, and Lara Croft and the Guardian of Light stands as one of the better examples.  Channeling the 3D exploration and puzzle solving it popularized in the mid-‘90s into an isometric environment with faster-paced controls and character leveling via skill points, this take on the Tomb Raider brings together both old and new into a recognizable but fresh execution of its concept. Something decidedly new – and frequently celebrated by players – is the introduction of cooperative mode to progress and solve puzzles, which can now be done either through couch co-op or online.

Once a franchise has progressed through many sequels, the faults of prior iterations of the same concept – especially in earlier generation consoles – can further stick out. Oftentimes, Far Cry 2 shows up at the end of lists ranking all the series’ installments released over the years, and it’s not because of the sprawling, immersive open-world jungle landscape or the range of playable characters and weapon versatility.  Rather, it’s because this sequel doesn’t take the opportunity to substantially improve upon the previous inaugural Far Cry, while also saddled with an uninspired story.  More than that, a chief criticism comes in mission repetition, notably travels between locations and how tedious it becomes.  There’s a threshold for realism, and both critics and fans seem to agree that Far Cry 2 pushes it … and judging by the reception to future installments, tapping the breaks on realism can be a good thing.