With freebies like this all month long on the Xbox, who needs Read Dead Redemption, am I right? Okay, yeah, that’s a pretty obvious exaggeration, but it’s genuinely surprising to see the Xbox deliver some comparatively impressive titles leading up through the month of November, while surrounded by stiff competition. If you can pull yourself away from the Wild West – or ancient Greece, or webslingin’ across New York – there’s a versatile array of classic action and shooter games scattered across both Microsoft’s system in this go-around, from a historical shooter to a hack-‘n-slash delight and the first entry in a longstanding stealth franchise. Let’s dive into the games. 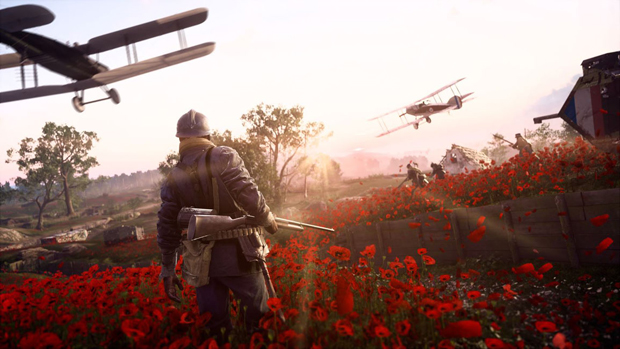 The title Battlefield 1 was a little confusing at the start.  Conventional wisdom and a lack of research would lead some to assume that it might be a remake of the very first game of the series, which was set during World War II, or a reboot of sorts. As it turned out, the “1” in the title refers to an alternate iteration of the events of World War I.  EA/DICE’s first installment in the enduring franchise designed with current-gen hardware in mind obviously scales back the technological advancements in its jump backwards in history, a brave decision that was met with resistance from EA’s higher-ups. Luckily, the top-notch execution of the historical shooter aspects make it so the scaled-back weaponry captures its own intensity, utilizing the period’s restraints to its advantage. An exceptional audiovisual presentation, well-thought map layouts, and versatile online play come together in what’s considered one of the essential shooters for the latest consoles.

Gotta love a game with such an on-the-nose, explicitly descriptive title. In this indie from Flippfly, the player pilots a hovercraft that’s powered by solar energy … and wouldn’t you know it, the sun’s going down.  The objective, of course, is to get the craft to its destination before the sun completely sets, in the process creating an incredibly novel timer to follow as it descends in the distance. Chaotic geometric obstacles block the way across the fast-moving levels, creating a uniquely beautiful racing experience that feels a little like a hybrid of Star Fox and Wipeout. A killer electronic ambient soundtrack also fuels the racing experience, and clever use of the atmosphere – especially shadows as momentum dampeners – adds intelligence to the endless flow of Race the Sun. 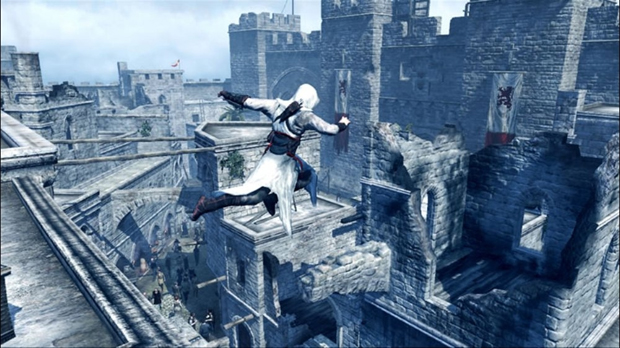 Ubisoft’s original Assassin’s Creed has an unusual reputation.  Despite being the initial foundation for a decade of entries – yup, since 2007 – it doesn’t have nearly the warm-‘n-fuzzy feelings generated around it as the Ezio trilogy (AC2 – Revelations) or Black Flag and its flipped-perspective clone, Rogue. All those have been remastered, yet Assassin’s Creed hasn’t. Why? Well, some cite Altair being a dull protagonist as one of its handicaps, while the chaptered structure and stiffness of the proof-of-concept execution also receive mention. Thing is, the original’s rendering of a Crusade-era Holy Land sandbox feels like one of the most grounded and substantial of the lot, and there’s something about the slower, heftier combat that gives the whole experience a more realistic feel, even if it’s less “gamey”. It’s far from perfect and certainly deserving of an updated remake disguised as a “remaster”, but the story of Altair – and of Desmond, the guy controlling him through a virtual-reality, DNA-hacking machine in the current era – is still certainly worth diving into in the current era … especially in this spit-polished Xbox One X Enhanced iteration (4K, HDR).

When God of War roared onto the scene in the PS2 era, the rapidity and grandeur of its action-RPG stylings made it one of the hottest properties out there, one that could only beplayed on Sony’s console. Therefore, after the success of its original and a sequel, the race was on to create a reasonably disguised “clone” of the hack-‘n-slash intensity of Kratos’ journey through mythology, one that could be enjoyed on all current consoles.  In terms of directly mirroring that experience, Dante’s Inferno probably comes the closest, in which the player controls a knight of the Templar, Dante, as he descends through the circles of Hell.  Replacing chained short swords with a whirling scythe, Dante engages in quick combat and environmental platform puzzles as he progresses further down into the depth of hell, and the influences are unavoidable throughout.  Whether Dante’s Inferno copies too much can be a divisive topic, but those looking for a similarly intense experience will find it in the fiery depths of the world that that the now-defunct Visceral Games had created.