As the demands for contemporary videogames continue to evolve, players occasionally need a little reminder of the pure joys of yesteryear’s gaming experiences, and Microsoft hopes to do that with their Xbox freebies for the month of May. It’s a little different than nostalgia: instead of striving for innovation, certain franchises and studios might deliver experiences that stick to tentpole, perhaps more simplified pleasures that hallmarked prior games.  Along with the inclusion of a collection of favorite beat-‘em-ups from a few decades ago, all the games offered through the Games With Gold program this month tap into pure gaming bliss: a raucous arcade baseball outing, a deliberately challenging sci-fi shooter, and the latest well-regarded installment in the Metal Gear stealth franchise.  Let’s take a peek. 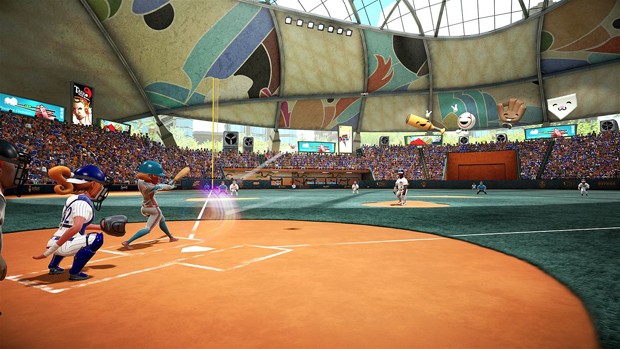 The look of the original Super Mega Baseball triggers memories of sports games from a few generations back, especially the big-head golfing franchise Hot Shots. Similarly to how that one delivered capable realistic golf elements underneath its more exaggerated design choices, Super Mega Baseball also telegraphed a fairly deep baseball simulator with its nuanced control scheme, play options for both pitching and batting, and roster/season creation and management. The sequel serves up more of the same, and while this Games With Gold offering marks its debut, it’s already developing a reputation as a further refinement of the original, with tweaked real-world responsiveness in the action and, from an aesthetic point of view, in the more restrained character models.  The big addition is online multiplayer, which should extend Super Mega Baseball 2’s longevity into quite a few extra innings.

At this point, folks generally know what to expect out of a Metal Gear game: enough tweaks to the winning stealth formula from several generations ago to make it interesting, and overwhelming critical and commercial acclaim for the smartness of those adjustments and the cinematic grandness of it all. Ground Zeroes was something of an anomaly, a truncated creation from Hideo Kojima that feels like a deliberate trailer for something bigger and better to come, with promising gameplay evolutions within the familiar atmosphere and characterization signature to the designer.  Phantom Pain reveals what that “taste” of an experience was leading toward, a smartly-crafted sandbox marvel that relishes both its complex gameplay in an open-world realm and the cinematic energy established by prior entries. Beyond a few complaints about the twistedness of where the story ends up, Phantom Pain wraps up Kojima’s tentpole franchise on a note that shows the gaming community who’s boss. 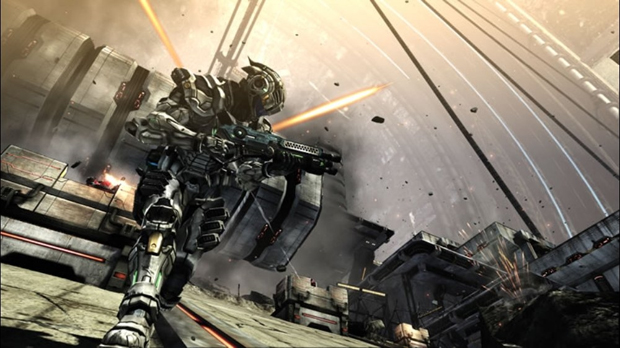 When it comes to exclusives for the SEGA Genesis from the early-‘90s, memories are typically conjured about two franchises: that rapid blue hedgehog who runs around collecting rings, and the Streets of Rage series of brawling games.  One filled the void for single-player platform sessions, while the other provided fantastic, rambunctious couch co-op play with friends that was just different enough from the popular “fighting games” of the time (Mortal Kombat, Street Fighter) for younger players to get away with playing ‘em … though not really all that much less violent.  All three became big hits for the console, and they’ve been bundled together once again for the 360 in an updated package, complete with online play and leaderboards.

Platinum Games strive to challenge their audience, focusing on the relentlessness of fast-paced controls and volumes of opponents that aren’t cheap with the constant threats they pose to the player.  One of their most under-the-radar games is Vanquish, a futuristic third-person shooter in which the player controls a US Defense Dept. operative manning a suit that slows down time, allowing the wearer to either manually manipulate their surroundings for enhanced reactions to targets or scramble away whenever they’ve taken too much damage. Even considering the “helpfulness” of the suit, the unyielding bullet-hell chaos presents a constant barrage of challenges to overcome, even at standard difficulties.  Critics aren’t too kind to Vanquish’s shrug-worthy militaristic plot and relative shortness of the campaign, but the swiftness of Platinum Games’ execution of its amplified, precise style conquers those obstacles.