As a firm believer that the first actions taken in the new year set a tone for what’s to come for the rest of the year, it’s nice to see Microsoft offer some interesting, quality, if perhaps lower-key freebies for their Xbox Games with Gold program in January. A pair of major franchises are represented, though in nontraditional formats. On the other side of the coin, a sequel to a semi-popular, semi-intriguing stealth arcade game emerges from the shadows, as well as an entry from a legacy franchise with a lot of longevity. There’s action and dialogue, brightness and darkness, magical powers and just regular old non-magic ingenuity … and thus, more importantly, a nice variety.  Let’s take a peek. 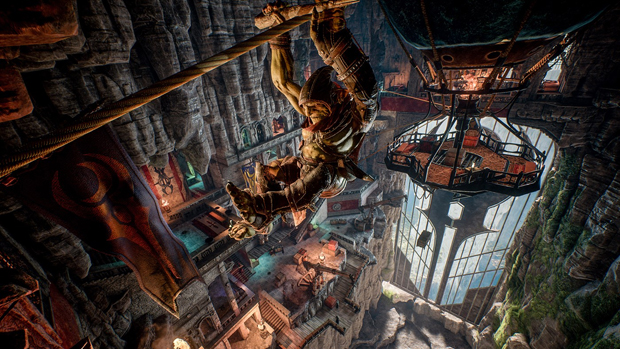 French studio Cyanide Studios rustled up a novel stealth game in Styx: Masters of Shadows, a prequel to their Of Orcs and Men property, which appeared early in the current gen’s lifecycle during an emptier period of stealth games. Sneaking around a grim medieval atmosphere as a lethal goblin – or a clone of a lethal goblin — provided what folks wanted from the game, though critics dinged it for having cumbersome combat that discouraged actual fights. The sequel, Shards of Darkness, doesn’t veer off the path from the original despite the negative commentary, delivering much of the same maneuvering, trap-setting, and clone-making of the original in a refined package. Critics celebrate how this Styx sequel doesn’t succumb to crowd pressure in improving the head-on battle, instead tuning the stealth experience for a deliberately – some might say a little too – frustrating experience.

With the success of their interactive narrative in The Walking Dead, the recently closed-down studio (and resurrected brand name) Telltale Games found out what makes its potential audience tick on both gameplay and story levels. So much so, in fact, that they branched out to numerous other properties and adapted them in their signature episodic fashion — The Wolf Among, Game of Thrones, Borderlands, even Minecraft – and one could even see them spreading themselves too thin with it all.  One of the latest projects that they tackled was Batman: The Telltale Series, in which they draw from the same moral complexity and mortality of the company’s line of other narratives and bring it to Gotham City. What forms is an amalgamation of aspects popularized in different Batman interpretations – little bits of Burton and the Nolanverse, the Arkham games, the Gotham TV series, etc – in Telltale’s flawed but absorbing choice-and-consequence design, focused more on Bruce Wayne than the Caped Crusader. 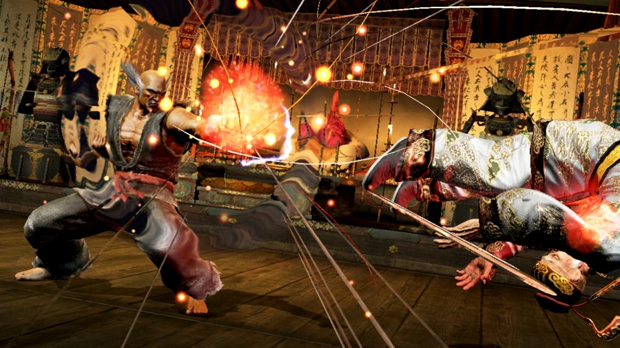 Right around the middle period of last-gen’s consoles, the fighting game culture began its slump, to a point where titles that weren’t highly popular in the ‘90s or weren’t named “Smash Bros” had to fight even harder than they already did for attention.  That’s nothing new for Tekken, which has always battled with street fighters in mortal combat for its piece of the pie, but the emergence of substantive more substantive 3D games on all platforms made the standard 2D fighting style more difficult to engage.  Tekken 6 really gives it a shot, offering longtime fans familiar combat styles with their favorite combatants and new mechanics that encourage “juggle” combo strategies, increasing the speed and complexity of the fight style to compete with other smashy contemporaries. Critics don’t think it does enough to take it to the same levels as the upper-tier fighters – Street Fighter IV still bested it in the same year – Tekken 6 brawls hard enough to provide a challenge and an alternative.

Why not The Complete Saga? Honestly, that’s the only thing that’ll probably come to mind when seeing LEGO Star Wars II: The Original Trilogy on this list.  The inaugural game is a testament to exactly why the LEGO concept works as well as it does: despite not being everyone’s, uh, favorite Star Wars movies, the first one’s adaptation and lampooning of the Prequel Trilogy makes it enjoyable for just about everyone. Indeed, the selection of Lego Star Wars II: The Original Trilogy by itself is a testament to variety and avoiding duplicate titles, as Xbox already offered The Complete Saga as a free download in May of 2017. Despite that, LEGO Star Wars II is the first one that’s built specifically for new-gen consoles instead of being a remastered port, and it does feature everyone’s favorite Star Wars movies … so, really, it covers the necessary bases.