Summer tends to generate thoughts about the brightness of the sun, to such a degree that eventually one might start to think that they just want to linger in the darkness for a while, away from the glare.  If you’re wanting to do this on a gaming level, the Xbox Games With Gold for July are prepared to shroud you in the shadows with a pair of welcome arcade titles.  One’s from a renowned indie platform maker, while the other’s a recognizable retro staple that’ll be more than welcome in just about anybody’s library.  The other two titles …? Well, they mostly linger back in the shadows without enough of a presence to stand out, a tolerable twosome of children-oriented games that’ll keep ‘em occupied before you brood in the darkness.  Here’s a closer look at what’s on deck. 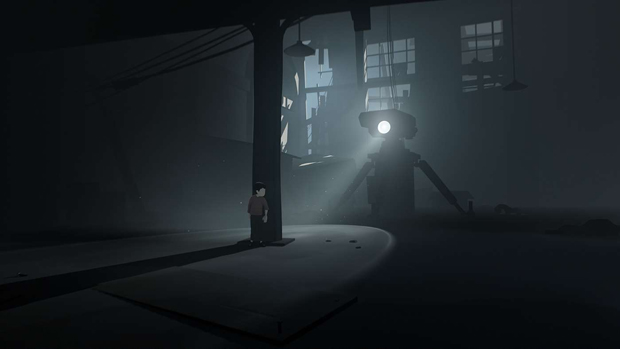 Danish developer Playdead made some serious noise with their gloomy German expressionist-inspired platformer LIMBO, an elegant yet sneakily violent experience where a young boy navigates deadly obstacles in an other-worldly grayscale atmosphere. INSIDE achieves a similar feel to their freshman effort, yet instead of silhouettes and an absence of color, it’s an actual 3D young boy scrambling through dusty, dimly-lit locations in a bleak reality. Similar to LIMBO, the boy solves environmental puzzle to progress through the areas, utilizing mind-control equipment to navigate the movements of other living beings obscuring his pathway.  And like Playdead’s first adventure, the boy can die in some pretty grueling ways, adding tension and drama to the puzzle-solving experience. Some counterpoints mention that the game could use a little more difficulty and perhaps a little extra length, but the overall consensus remains that the fruition of Playdead’s ambitions is one of the better platformers ever made.

There’s a level of tension and immediacy created by side-scrolling games that close in on the player that’s difficult to match in almost any other game, big budget or not. If you aren’t ready for an obstacle, that’s too bad: get ready for what’s approaching, because there’s no going back. Big Crown Showdown funnels that idea into an updated, yet still retro-feeling medieval design space, where the familiar multi-colored knight selection – hard not to recall Castle Crashers – lends itself to multiplayer gameplay as up to four characters can charge forward through mazy, hostile exterior layouts. Flames, steam vents, and of course openings in the ground that spell immediate death clog up the players’ progression, while reward chests along the way provide just enough temptation to distract one from more carefully assessing the danger of the scrolling level. Critics have mentioned bugs being an issue, though, which ca be a big hamper on gaming experiences built around this kind of limiting side-moving motion. 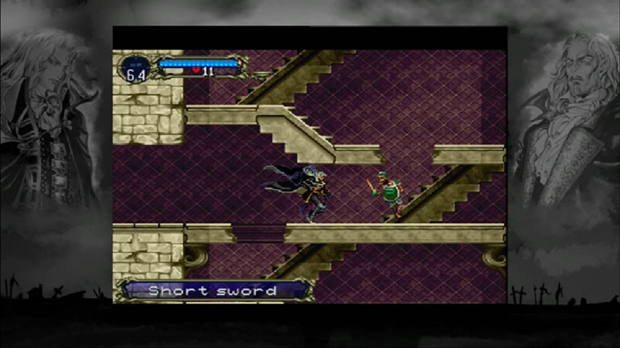 Castlevania: Symphony of the Night

Koji Igarashi recently released his long-anticipated spiritual follow-up to his Castlevania legacy, Bloodstained: Ritual of the Night, and I’m sure that has absolutely nothing to do with Xbox including the iconic, revered classic Symphony of the Night among its free downloads this month. While Bloodstained weathers some iffy reception to its bugginess, sluggish controls, and general lack of refinement in areas, Symphony of the Night’s there to remind someone of exactly how quick, brutal, dark, atmospheric, and absorbing the concept can be. As Alucard whips his way through gothic landscapes and unnerving sights and sounds, the player’s treated to the age-old Metroidvania concept, where certain areas can only be explored after the player unlocks certain abilities or weapons. Castlevania: Symphony of the Night is among those games that has been re-released a bunch of times across many platforms, yet it’s also one of those titles worth downloading because it’s aged so well and remains a stellar experience with revisiting.

Over a decade ago, the film Meet the Robinsons just barely edged out a positive rating over at Rotten Tomatoes, and since then it has amassed just under a 7 rating on IMDB.  Therefore, it’s the kind of non-Disney movie that’s reputable enough and has its fans, but never garnered a substantive audience in the vein of Shrek or The LEGO movie or others of their ilk, the ones that amass such a charisma that younger audiences will absolutely want to keep playing in their storylines.  A tie-in videogame was crafted for Meet the Robinsons, though, and much like other tie-ins, it keeps the controls and premise simple and to the point. Whether that’ll work for certain family-friendly audiences will depend on the older player’s threshold for easiness, as critics have noted that the somewhat anticipated ease of play can take away from the appeal of how the game brings Meet the Robinsons into a gaming space.