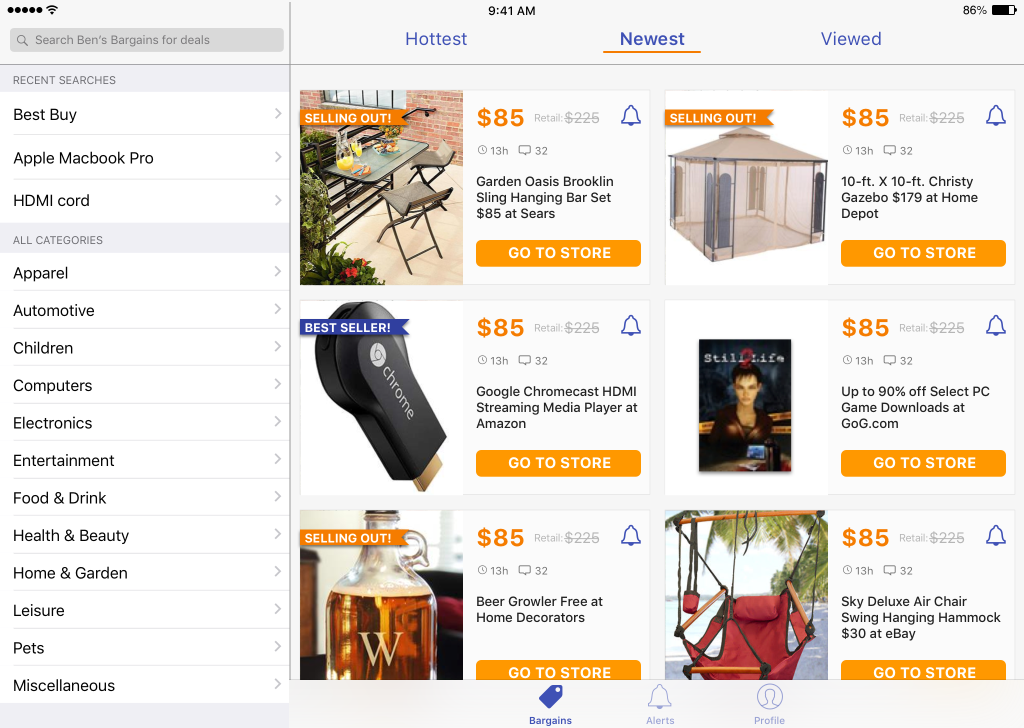 We’ve just updated the Ben’s Bargains mobile app for both iOS and Android devices (version 1.2), specifically with a sleeker design to showcase more deals. In addition to the new design, we’ve also added landscape support on iOS as well as an iPad version of the app.

On the iPad version of the app, we’ve placed the category listings on the left side as well as a search bar and your most recent searches. You can quickly jump between product categories without having to switch to another page within the app. You also have the option of switching to landscape mode automatically in order to browse a larger number of deals at a time.

Managing deal alerts is easier in the new layout, ideal for anyone watching mulitple product categories for specific deals. We’ve also added optional push notification options within the app, useful if you want to catch an extremely hot deal before it sells out. You can set push notification for each specific alert as needed.

You can also see more photos of the new iPad version of the app below: 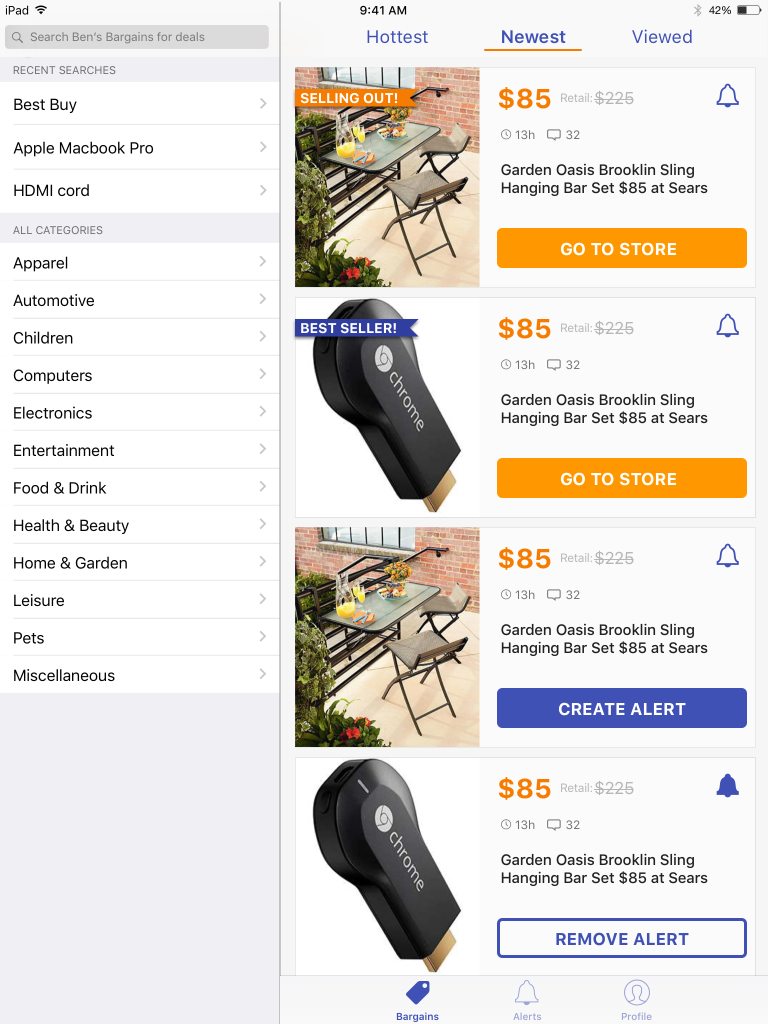 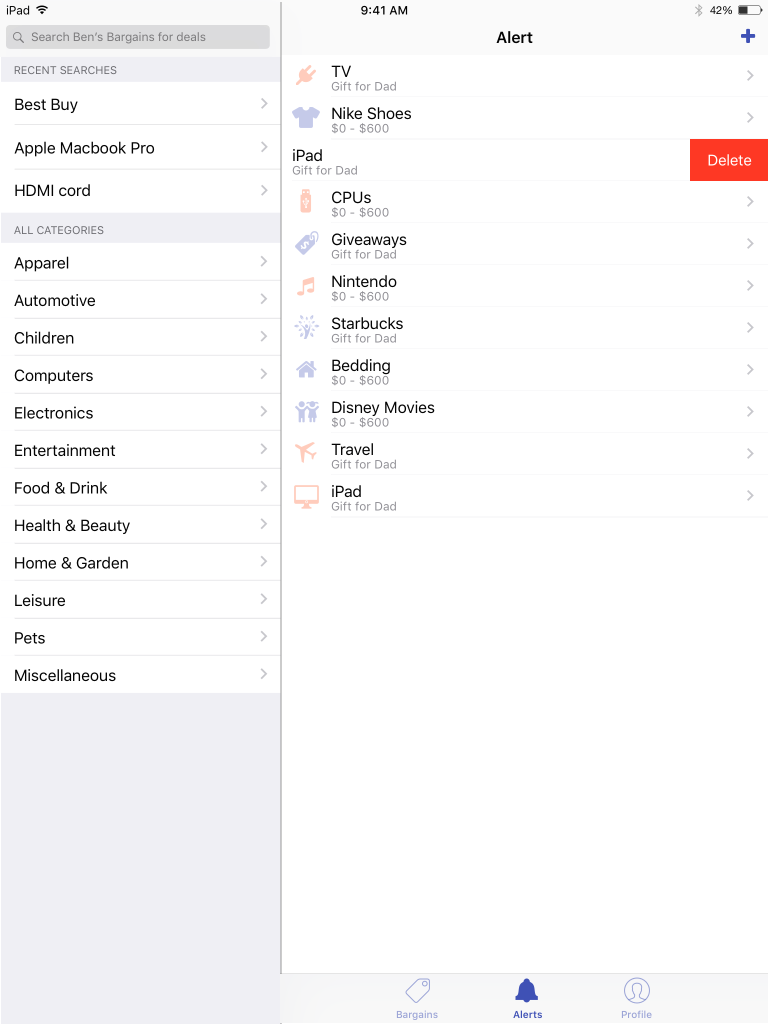 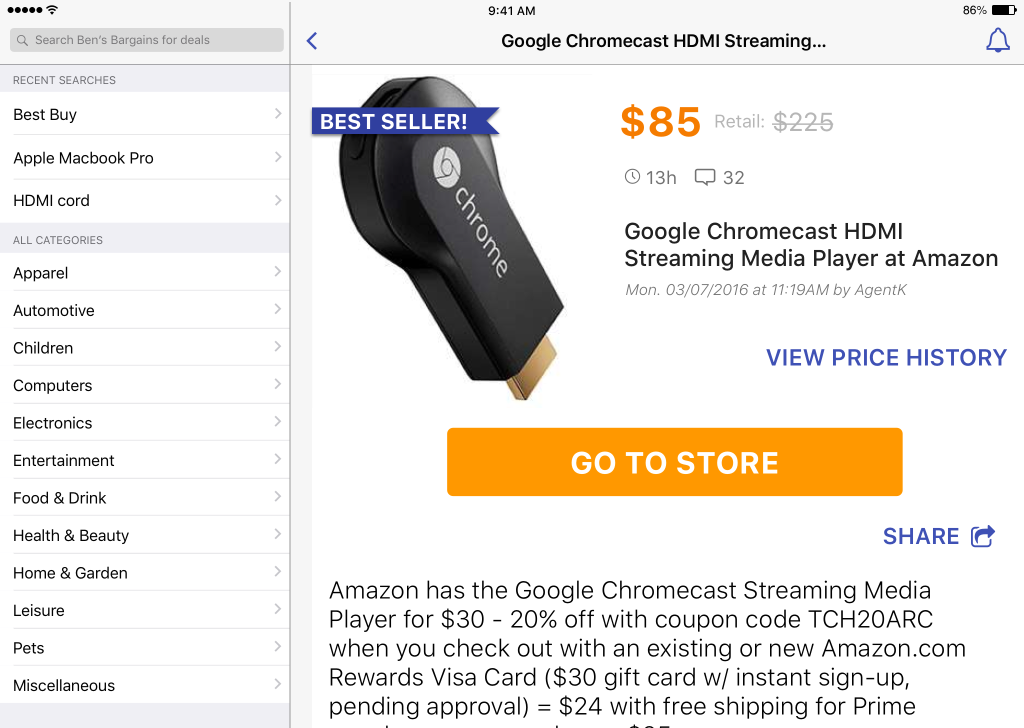