Home   >   Bens Bytes   >   This is a Thing: Spidey Sense T-Shirt with Proximity Sensor

This is a Thing: Spidey Sense T-Shirt with Proximity Sensor 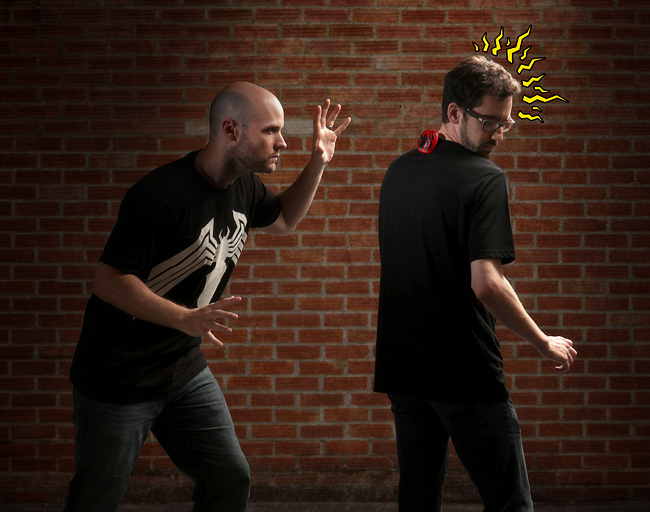 Launched at the comic book nirvana known as Comic-Con, the “Tingling Electronic Spidey Sense Shirt” is a new product from ThinkGeek. On the back of the shirt located at the neckline, a large proximity sensor kicks in with a vibrating pulse any time someone attempts to sneak up behind you. The sensor clips onto the shirt, thus allowing the user to wear a variety of different shirts with the sensor attached. However, ThinkGeek does include a black T-shirt with a sweet illustration of Spider-Man’s Spidey Sense kicking into overdrive due to impending danger. 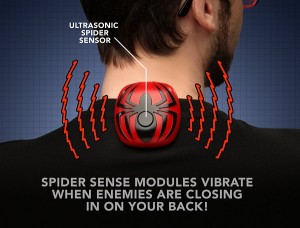 Interestingly, the pulse increases in vibration intensity as someone approaches. At five feet away, the pulse is slow while someone just one foot away triggers a fast pulse. The sensor operates on two AAA batteries and has been officially licensed by Marvel. That probably accounts for the steep price of $39.99 for both the sensor and shirt.

Presumably, anyone with long hair wouldn’t be able to wear the sensor as it would be going off constantly. It would also be somewhat annoying to wear this in busy, crowded areas of major cities like NYC or Los Angeles. The tingling would simply go on forever until the batteries wore out or you smashed the device in anger. It’s also ridiculously massive and easy to spot if you were sneaking up on someone.

However, it could be fun to wear during Halloween with a solid Spidey costume. Thinkgeek is likely betting on that with the October 2013 release date. If you are interested in the  Spidey Sense Shirt, you can pre-order it on ThinkGeek here. Check out a shot of the actual shirt below: