When the biggest, most significant title offered to PS+ subscribers for a given month is a remastered version of a game from the same studio releasing a new creation later in the month, it’s tough to get excited. Perhaps that’s understandable from the point-of-view of building enthusiasm for a certain studio’s next piece of work, but if the rest of the titles on offer lack the noteworthiness to compete with that tie-in effort, then there’s something direly lacking. Couple that with Sony’s observable waning interest in freebies for the legacy consoles, and what’s available for May’s PlayStation Plus goodies can’t be called much more than extremely lackluster.  Let’s delve into the games. 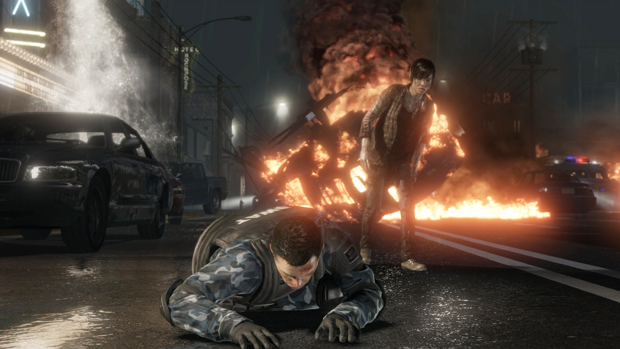 With Indigo Prophecy and Heavy Rain, David Cage gradually began to carve out a reputation for his Quantic Dream studio, hinged on immersive mystery adventures that tested the boundaries between standard gameplay and interactive cinematic experiences.  Instead of further narrowing the gap between the two, however, he skewed more toward the cinema side of storytelling with Beyond: Two Souls, a science-fiction concept in which a young woman, Jodie (voiced by Ellen Page), learns to manage her psychic connection with an incorporeal being, Aiden, and navigate the separation between our world and that of the deceased. An outlandish concept hopes to overpower the perfunctory “gameplay” required to move Jodie between locations, get her out of peril, and flip perspectives between she and Aiden. Unfortunately, wobbly storytelling causes one to dwell on both narrative faults and the lackluster mechanics involved with the interactivity, earning Beyond: Two Souls its fair share of criticism.

Ubisoft’s platformer franchise has turned into a reliable source of freebies across many of the console subscription services; two other Rayman titles have popped up in offerings over the past six months. Arguably the best, Rayman Legends finds itself remastered for current-gen consoles, continuing the story from Origins a century later as it finds the hero saving princesses from the Dark Teensies and The Magician.  Also carrying over almost directly from Origins, the franchise’s side-scrolling model remains intact as up to four players can progress through levels and unlock more through various activities. Rayman has been doing his thing for over two decades now, so the fact that the critical and player communities both heaped praise upon its old-school concepts, unlockable content, and straightforward fun should be a good indication that it’s worth the time. 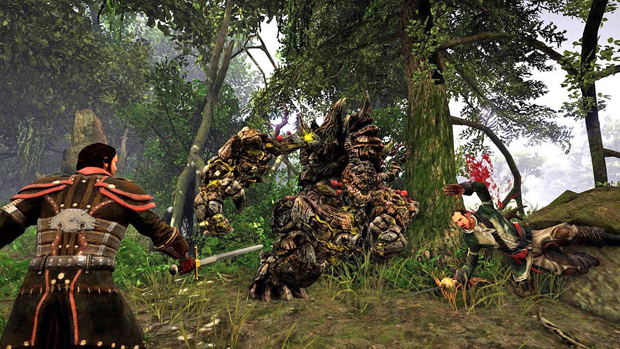 It’s tough to break into the action-RPG genre and maintain a presence, even at lower tiers of popularity. Underneath the likes of Elder Scrolls and Diablo lies the Dark Souls games and now the Witcher series, and underneath that comes Divinity, Fable, and a handful of other one-shot games like Dragon’s Dogma and Kingdoms of Amalur. Amidst all that — and yet another tier of mediocre entries in the genre — the Risen series has managed to stick around for three installments, culminating in this latest iteration, Titan Lords. A large world, varied enemies, quest diversity and some role-playing responsiveness give it the tool to combat against its competition, though the absence of innovation and marginal visual appeal prevent it from climbing up a level or two in the subgenre’s hierarchy. Better alternatives are out there, but it’s the kind of action-RPG that’s good enough to prioritize at a lower entry fee (especially free through PS+).

This game gives off major Rampage vibes, in which a monster controlled by the player demolishes buildings, takes down aircraft, and deflects damage however they can. Another similarity can be found in the consumption of humans, which lends the monster life. The key difference lies in the presentation and the monster itself. Eat Them transpires in a three-dimensional space instead of the static 2D or mild 2.5D perspective of the classic and updated iterations of Rampage, which deepens the realism and opens more interactivity.  The coolest aspect, however, comes in the customization that goes into the monster, in which the player essentially builds their chaos-wreaking beast from the ground up, both in terms of capabilities and aesthetics.  There … isn’t a lot more to it than that, but sometimes you just need to unleash a little monstrosity, and Eat Them caters to that. 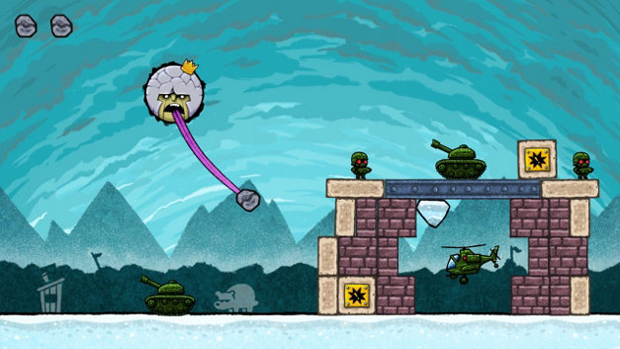 In terms of both level completion and visual elements, there are a lot of obvious similarities between King Oddball and the towe-destruction juggernaut Angry Birds.  Despite a general uptick in difficulty that might prove intriguing to some players, what’s missing between the two is the same sort of personality, trading out goofy birds and scrunchy-faced pigs with a stoic rotating face with a peculiar tongue launching apparatus. The critical consensus is that if one does decide to give this time-waster a go, they should do so on a smaller portable device than on a big screen, because it loses much of its flair as a standard game.

While there’s an element of characterization involving the little Furmin critters, it’s the gameplay aspects of Furmins that really strike a chord. It’s strongly reminiscent of the classic physics puzzle game Incredible Machine — now 25 years old! — in how the player utilizes angles, platforms, propulsion and devices to get objects from one side of a level to the other, and there are over 100 different levels ready to challenge the player here.