PS+ Free Titles For August All About Precision, Legacy

Whether it was intentional or not, Sony hit the pedal to the metal with their PS+ games last month, leading one to believe that they just might be on the upswing with their free subscriber games. Matching up with what was offered previously isn’t easy – Detroit: Become Human is considered a technological marvel and a novel, exclusive cinematic experience — and that shows with the reputable, yet less-satisfying twosome on offer for August.  One’s a remastered collection of futuristic racing titles that go together with PlayStation’s legacy, while the other’s a tactical shooter with its own early roots in the PlayStation 2 era. Both games have the soul of the Sony brand in ‘em, but they’re not the same caliber of heavy hitters that’d continue to elevate the reputation of PS+, instead merely sustaining it for the time being.  Let’s set our sights on the pair of games. 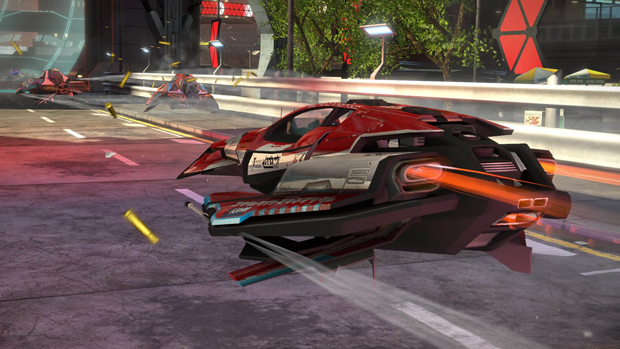 Oftentimes, when looking back at games in previous generations that you remember having a real “Wow!” factor in terms of graphics, many of them simply don’t hold up. The ones that seem most forgiving in this area are the geometric racing games that move briskly through 3D landscapes, and one of the biggies in this realm is Wipeout, a launch titles for PlayStations at the time. That reputation has led to a stunted but consistent legacy, eventually zooming toward the Wipeout HD reboot — and something of a vague partial remake, since it also integrated content from other entries — about a decade ago and another title, 2048, released 4 years after that.  This Omega Collection bundles together the past two games, along with the Wipeout HD Fury expansion, and naturally has been remastered for the current consoles. Yes, the new visual presentation and speed put the originals to shame, but there’s something about the fluidity, the momentum, and the 3D space established here that still distinctly reminds one of the original.

First-person shooting enthusiasts can tell the difference between a game where using a sniper rifle is merely an option, and a game where utilizing stealth and sniping are the intended course of action. While other shooters offer plenty of opportunities to hit shots from a distance and complete missions in a more methodical fashion, the Sniper Elite series operates around that as the core purpose of its maps, artillery, and controls, building into a true sharpshooter experience.  Taking place shortly after the third installment in the series during 1943, Sniper Elite 4 has been received as something of a mixed bag. Positive impressions have been centered on the size of the maps and the freedom allotted with a more open-world aspect to the game, while criticisms have been lobbed at the campaign and the same-old, same-old feel of nailing shots from a distance and watching how the brutal “killcam” emphasizes exactly what the bullet’s doing inside Nazi enemies.